House music has been around for three decades now, and over the course of that time, we’d conservatively estimate that there have been approximately 100,000 professional DJs specializing in the genre. Let’s say that one percent of those jocks qualify as really good; that still leaves us with a thousand four-to-the-floor champs. How on earth can you narrow that down to a 10-best house music DJs list? To ease the process, we’ve given ourselves a few guidelines.

First, and most obviously, our winners have to spin predominantly from the house genre. Sure, DJ Harvey, Danny Krivit, François K, Mr. Ties and Prosumer are among the world’s best dance music spinners, but their wide-ranging tastes take them out of the running. Similarly, a pioneer like Bruce Forest is certainly a top-tier talent and was an early adopter of the house sound, but as a DJ, he’s probably known more for his pre-house prowess as his post-house chops. Also, our choices need to have stood the test of time, which is why our 10 faves are all clubland lifers: Ask us again in a decade, and you might find the likes of the Black Madonna, Motor City Drum Ensemble, Kim Ann Foxman and other NYC nightlife regulars on this list. Finally—and most importantly—these DJs need to have that something special, that ineffable quality that turns a good DJ into a great one. They’re able to transport us—to make us laugh, make us cry, and make us fall in love with house all over again. Honorable mentions include David Morales, Justin Strauss, Mike Huckaby, Kerri Chandler, Move D, Junior Vasquez, Jimpster, DJ Sneak…the list goes on and on and on and on. 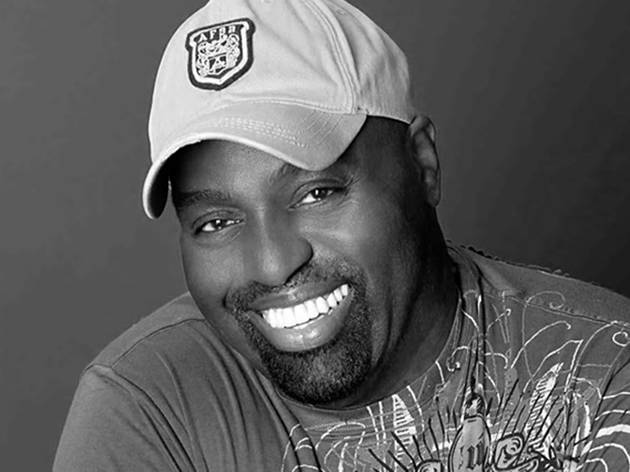 Would house music have existed without Frankie Knuckles? Well, probably—other Chicago DJs, including the equally foundational Ron Hardy, were traveling a similar path back in the early ’80s, beginning the process of twisting the basslines and rhythms of disco, R&B, synthpop and more into something raw, fresh and exciting as hell. The resulting sound might not have been called “house,” though—the name comes from the Warehouse, the Windy City club where Knuckles, a transplanted New Yorker, worked his magic from the late ’70s through 1982. But Knuckles, who sadly passed away in spring of 2014, glowed with so much love for the music and for the scene that it’s doubtful house would have become the dominant sound of clubland so quickly, and so thoroughly, without him. 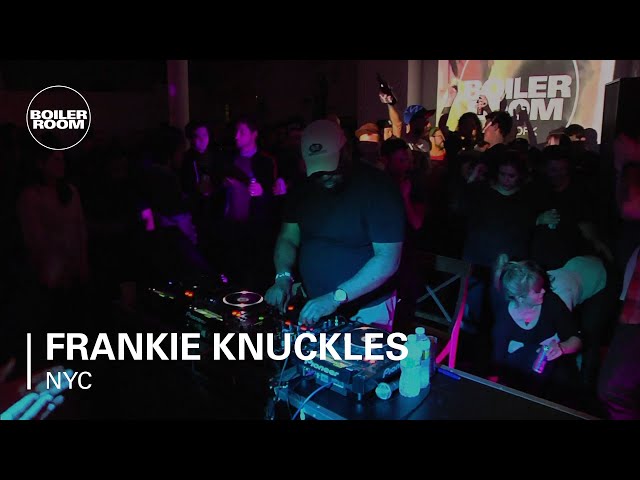 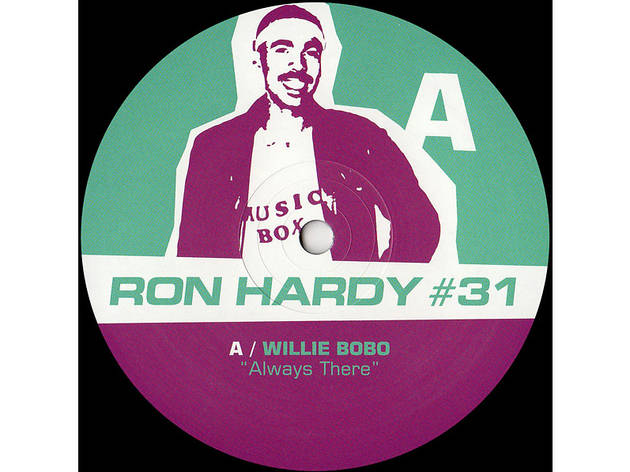 In late ’82, Knuckles opened up his own club, the Power Plant; the Warehouse, now renamed the Music Box, took on Ron Hardy, who had earned his stripes a few years earlier at a spot called Den One. But if Knuckles was house’s godfather, the gifted Hardy was its dark prince. Chicago producer Marshall Jefferson, quoted in the essential clubland history Last Night a DJ Saved My Life, put it thusly: “Everyone hated him, he was mean and nasty, a drug addict…but, oh man, he was great! He was the greatest DJ who ever lived.” Compared to Knuckles’s uplifting vibe, Hardy’s sound was considerably rawer, tougher and more hyper; he had a tendency to pitch up tempos—not to mention energy levels—to the max. Sadly, the “live fast, die young” truism applies to Hardy; he passed away in 1992. 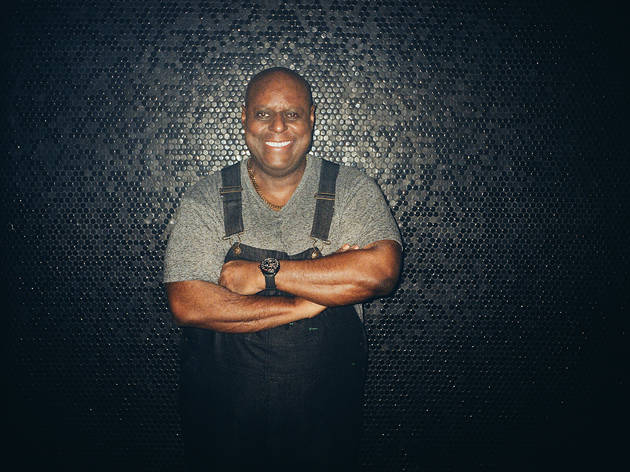 As it was for many DJs who came of clubbing age in the ’70s, it was the Loft—the revolutionary NYC club run by David Mancuso—that sealed the deal for Tony Humphries.“That’s what flipped my life around,” he’s said. “I had been Mr. Church Boy up till then, but the Loft turned me out.” And it turned him out but good—by the early ’80s, Humphries had a both a pioneering mixshow on KISS-FM and a residency at Newark, NJ’s influential Club Zanzibar. Later in the decade, when house began to hit in the tri-state area, Humphries was there to guide the sound. Together with East Orange, NJ label Movin’ Records, Humphries forged a new house subgenre known as the Jersey Sound—it’s a sometimes raw, always soulful style that’s still one of clubland’s most jubilant variations, and one that the still-active Humphries is happily pumping out to this day. 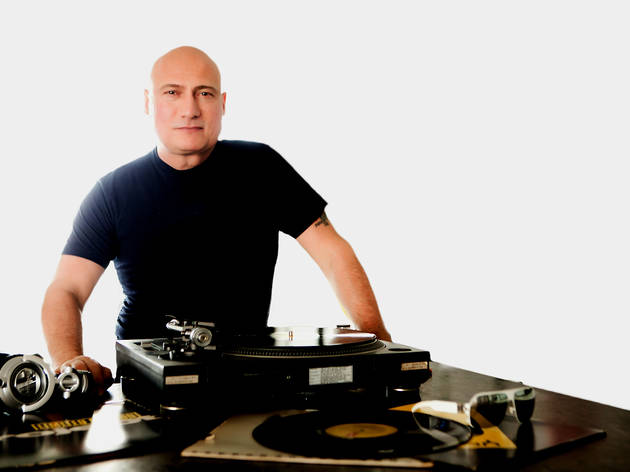 Okay, we’re making a slight exception to our “mostly known for house” rule here: Through ’90s residencies at the Tunnel and Twilo, a long ’00’s run at Vinyl/Arc and his current gigs at Output and around the globe, Danny Tenaglia has become famous for a idiosyncratic brand of thumping, tribal-tinged techno that’s his alone. But as much as he’s associated with that hard-edged style, the veteran DJ—an acolyte of Larry Levan at the Garage back in the ’70s and ’80s—comes from a background of disco and house, and for many, he’s at his best when he reverts to the styles he grew up with. That’s a matter of taste, of course, but we can say this with certainty—if you ever catch Tenaglia in full house mode, you’re going to be seeing one happy-as-hell DJ. It’s music that he loves, and it shows. 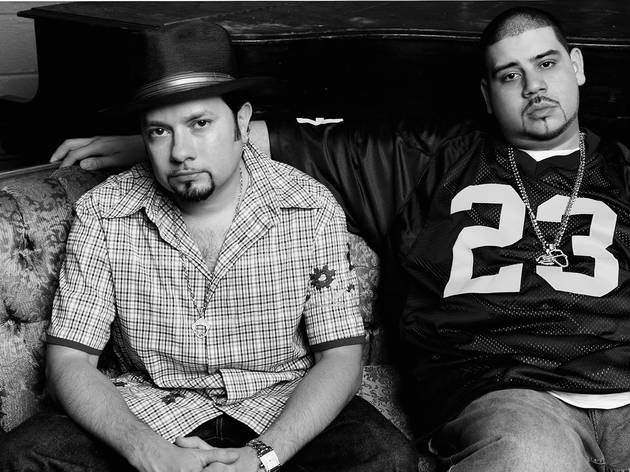 Growing up in the Bronx, Kenny “Dope” Gonzalez came up through the world of block-party hip-hop; his fellow Bronxite, Louie Vega, was surrounded by salsa as a kid before he gravitated to disco and, later, freestyle. Put them both together and you get something special—specifically, you get Masters at Work, the recording duo responsible for some of the best house remixes and original productions of the ’90s and ’00s. "Voices in My Mind"? That was them. Those great house versions of “St. Etienne’s ‎ “Only Love Can Break Your Heart”? Yep. Hell, they even managed to polish Debbie Gibson’s “One Step Ahead” into an underground dance-floor burner. But they’re not just studio whizzes—Gonzalez and Vega are both accomplished DJs as well, and they get even better when they play together. Opportunities to see them spin in tandem are rare nowadays—but if you ever get the chance to hear them together, do not miss. 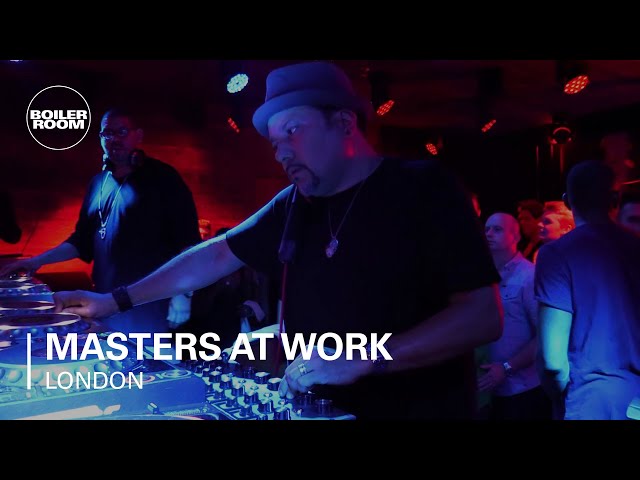 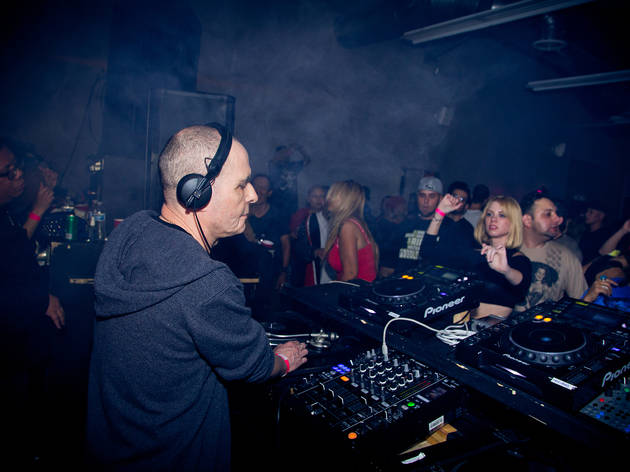 The squelchy subgenre known as acid house was invented in Chicago when Phuture’s DJ Pierre picked up a second-hand Roland TB-303 and started messing around with the knobs, resulting in 1985’s game-changing “Acid Tracks.” But it was London that took the bleep-filled acid sound and ran with it, and one of its earliest champions was a DJ named “Evil” Eddie Richards. Richards was already a scene veteran when house first began to filter into the U.K.; by the late ’80s, when he was helming his gritty RIP parties at Clink Street with coresidents Kid Batchelor and Mr. C, he was one of its masters. And decades later, he’s still at it, spreading the bassline-driven love at clubs and festivals throughout the world. He’s sometimes referred “Britain’s Godfather of House”—and while he might not quite be the central figure that Frankie Knuckles was, he’s earned the right to that sobriquet. 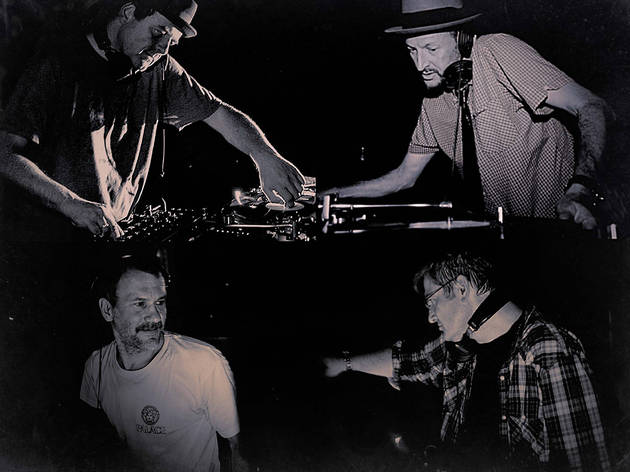 As the ’80s melted into the ’90s, four English dance-music fiends—DJs Jenö, Thomas, Markie and Garth—pulled up stakes and moved to San Francisco. Inspired in part by the acid-house anarchists of the Tonka Sound System (which counted a young DJ Harvey as a founding member), the four spinners and their pals began tossing a series of outlaw full-moon parties, dubbed themselves the Wicked Crew, and helped to define the zonked-out West Coast rave-culture scene in the process. The Crew officially disbanded in 2004—but though they’re all busy on their own, they still occasionally reunite to dole out their hazy, groovy, synapse-tingling house rhythms. Hey, isn’t the Crew’s 25th anniversary coming up? Time for another reunion! 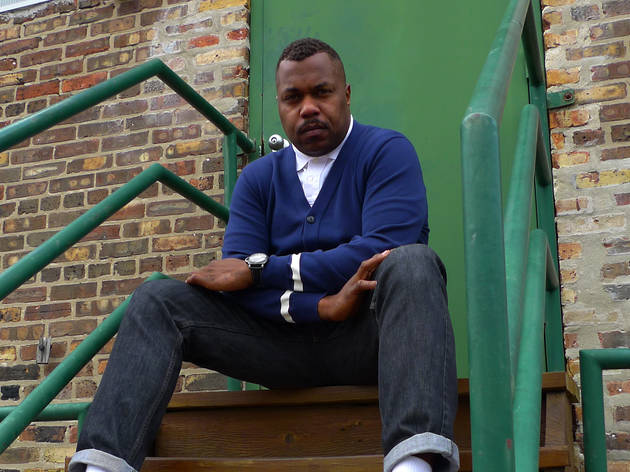 In 2006, the Newcity.com website help a poll to determine who were the most famous Chicagoans; Derrick Carter found himself in the 66th slot. “Those are the kinds of things of I can show my mom when she’s busting my balls about me not having health insurance,” Carter told Time Out New York in a 2008 interview. We’re guessing that by now, his mother has stopped busting his balls—he’s considered one of the world best spinners, purveying a house style that’s been dubbed “boompty-boomp” by that very same parent. (“She was always big on onomatopoeia,” he said.) It’s a jacking, driving, rhythm-heavy sound—one that borrows equally from disco and the tougher end of the house spectrum—that Carter’s been perfecting for a quarter century.

There’s something about DJs from Detroit. No matter their chosen style—house, techno, funk, whatever—they’re always as technically precise as can be. Case in point: Terrence Parker, a Motor City veteran who is a non-stop whirlwind of cutting and scratching when he steps up to the decks. The tricks are pure hip-hop—but the way Parker transcendentally transposes them to house makes you wonder why more house DJs don’t play that way. (Actually, here’s the probable answer—it’s really hard to master those techniques.) He’s also a talented producer of gospel-tinged house thumpers—and he uses an old-fashioned telephone handset in lieu of headphones. What more could you want? 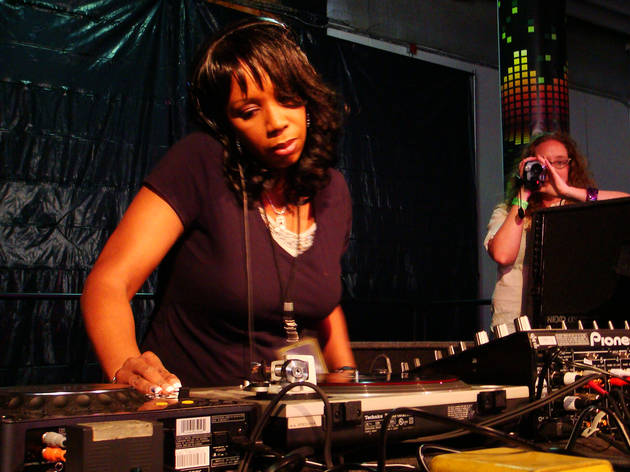 Her discography is a bit sparse compared to some of her Motor City contemporaries, with only a handful of EPs, mostly on her own Women on Wax label, coming out over the years. It’s only been in the past few years that DJ Minx has played outside of her hometown on a regular basis, and unlike many of her contemporaries, the internet hasn’t been flooded with her biographical detritus. Frankly, until we heard her spin at Detroit’s Movement festival in 2013, we only had a vague notion of who DJ Minx was. But that gig was a revelation—Minx (real name: Jennifer Witcher), who was schooled in the ways of club music at the city’s seminal Music Institute club, blew us away. Like many Detroit spinners, she’s pure precision behind the decks, but what’s more important is her music’s vibe. Minx favors a hard-charging, funky, no-nonsense brand of house that both refreshing as hell and as effective as they come—and that’s why we love her. 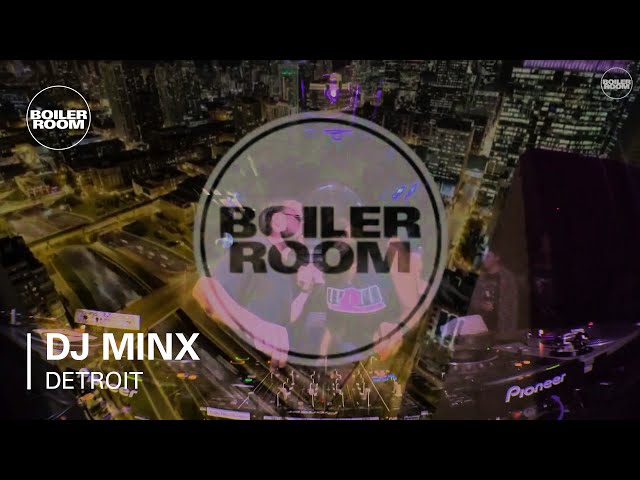 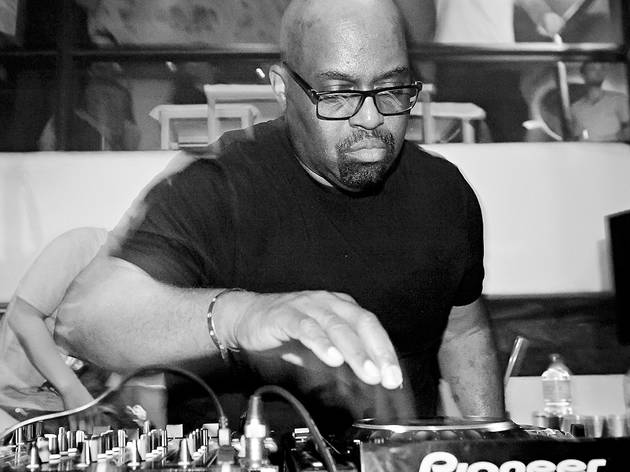 Here's our roundup of the best house music of all time, including cuts by the legendary Frankie Knuckles and Larry Heard