Joanna Newsom is nothing if not ambitious. When it came time to make a video for the title cut from her fourth album, Divers, the 33-year-old singer-songwriter enlisted artful A-list director Paul Thomas Anderson, who directed her in Inherent Vice, to fly to New York and helm it. As if that weren’t enough, she set the entire shoot in, essentially, a diorama: one of artist Kim Keever’s sculpted scenes, with clouds of paint droplets submerged in enormous tanks.

“I was sort of embedded in this landscape,” says Newsom, who’s back in her former home of New York for two big shows at the Kings Theatre and the Apollo. After each take for the seven-minute song, which Newsom chose “because it felt so central to the record,” it took four hours to drain and refill the hundreds of gallons of water in Keever’s fish tanks before they could shoot again. And again. And again. That’s a helluva lot of dedication for a music video.

Yet Divers is definitive proof that Newsom has successfully transcended the freak-folky singer-songwriter niche she inhabited with her debut album, The Milk-Eyed Mender, in 2004. Divers is unabashedly complex and challenging, and Newsom’s conversations are a lot like her singing: loquacious, packed with thought-provoking imagery and delivered with a warm, comfortable intimacy. But there are plenty of simple pop pleasures to be had, too. The songs may range well outside the typical verse-chorus-verse structure but contain plenty of hooks sharp enough to catch in your head, even if you can’t remember the words when you’re humming along.

Newsom now joins the ranks of L.A.’s eccentric baroque pop composers, including Brian Wilson, Harry Nilsson, Jon Brion and Fiona Apple, and she currently exists in a strange state of semi-fame. A regular on the red carpet, her turn as Inherent Vice’s omniscient narrator Sortilège was one of the film’s more widely praised aspects, and she arranged her album Ys with legendary composer-producer Van Dyke Parks, the spirit guide to several generations of grandly ambitious singer-songwriters.

And she sounds a little like an actual rock star when she talks about it. “I’ve gotten a lot of heat lately for some disparaging things I’ve said about Spotify,” she says. (Her label, Chicago indie staple Drag City, refuses to allow its releases on the streaming service.) “But I don’t mind if people stream my record. I just don’t like a business model where streaming actually is profitable, but the artist doesn’t see any of the profit.” Being signed to Drag City gives her free rein to make art on her own terms, without any pressure to appeal to an audience outside her healthy cult following.

Despite making underwater art in the city and living here off and on for about five years, “New York City and myself haven’t come to an agreement as of yet,” the California native says (she now lives in L.A.). “I’m fundamentally not a person who’s well matched for New York, but it’s certainly made my wheels spin a lot and made me think about kind of big, zoomed-out questions.”

“I think that you can’t really make music without an almost delusional level of belief in what you’re doing.”

About those big questions: If you google “Sapokanikan,” the Genius annotated lyrics for Newsom’s song pop up first (instead of information on its namesake, the Lenape village that stood where Greenwich Village is now), along with the site’s dissection of her entire catalog for historical and literary references—and its greater “What does it all mean?” theme—at a level of fine detail usually reserved for Game of Thrones fan treatises. While Newsom is guarded about her private life— I was discouraged from asking about her marriage to Andy Samberg—she delights in having her work picked apart like that.

Her songs, she says, aren’t just songs but stories. “In order to build the world for each story to live in, I need to pull raw material, which tends to just be details so that the tree in the background isn’t just a triangle with a rectangular trunk. You need to see the texture of the leaves. A lot of the stuff that’s being dug up and annotated is basically texture for leaves in the background. It’s not necessarily what the songs are about, but it creates a place for the songs to live in.”

For the fans who live to tease her songs apart, Divers offers a lot of pleasure. Thematically, the album’s lyrics encompass everything from the titular track’s achingly intimate meditation on love to the grandly tragic sci-fi thriller about time-traveling soldiers within “Waltz of the 101st Lightborne.” Zoom in and you’ll find words both archaic (nacre) and brand-new, coined by Newsom herself (simulacreage). Yeah, whoa.

Musically, the album is just as dense. Newsom’s harp is the focus in a handful of songs, but most of it leans on her keyboard-playing, whether piano, harpsichord or the collection of vintage synthesizers that feature prominently. Like the lyrics, the compositions abound in references: psychedelic folk music, AM radio soft rock and even a faint hint of prog.

There are moments on Divers—like the loud parts on “Leaving the City”—when it feels like Newsom’s flexing a newly discovered musical swagger, but she says not to confuse the mood for some newfound sense of self-assuredness. “I started making music with, some might say, an unrealistic level of confidence. Which I think is important. I think that you can’t really make music without an almost delusional level of belief in what you’re doing.”

If people still think of Newsom—who coproduced Divers and played at least thirteen instruments on it—as just “that girl who plays the harp,” that’s fine with her, at least at this point in her career. “I don’t mind,” she says. “I love the harp. It’s the best instrument in the world.” She’s similarly sanguine about the extent to which her work’s used as shorthand for the painfully twee sensibility she outgrew a decade ago. “I can no longer really complain about people being dismissive,” she says, “because I think it’s balanced by people placing an extraordinary amount of faith and attention in listening to the music. Dismissiveness isn’t a very strong emotion. It’s not the same thing as caring about something.”

But for people who do care about Newsom’s work, harp, analog album and all, “I hope they really like it,” she says. “I really like it. But it’s not everybody’s cup of tea.” And even if Newsom isn’t everyone’s cup of tea, it’s fair to say that’s just the way she and her devoted fans like it.

Watch the music video for Divers 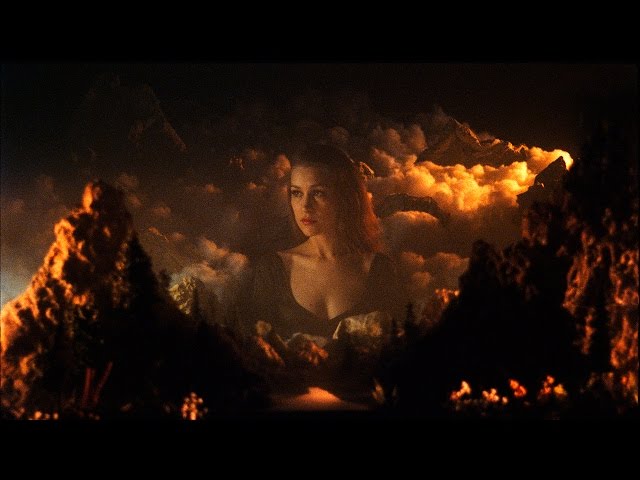 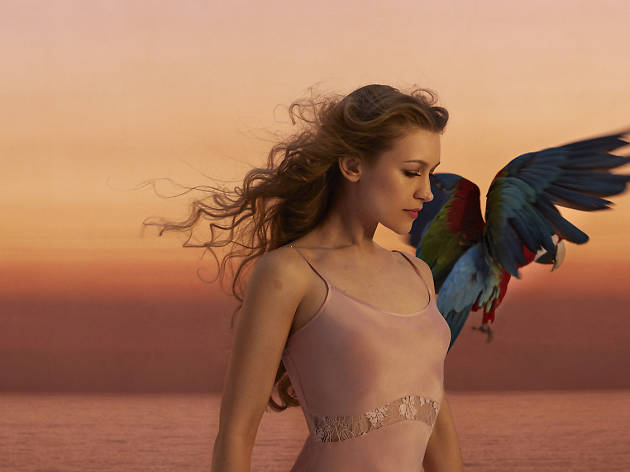