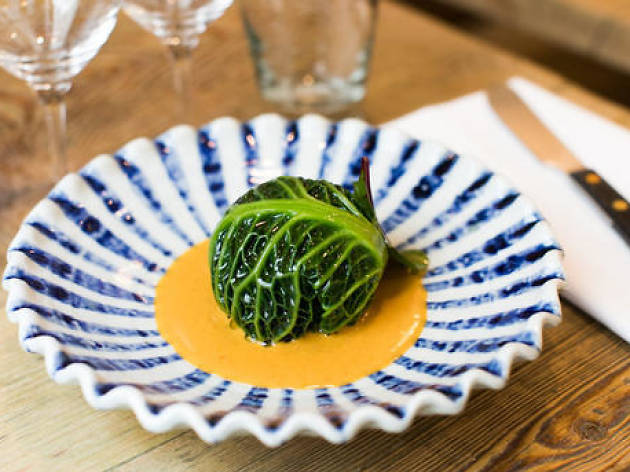 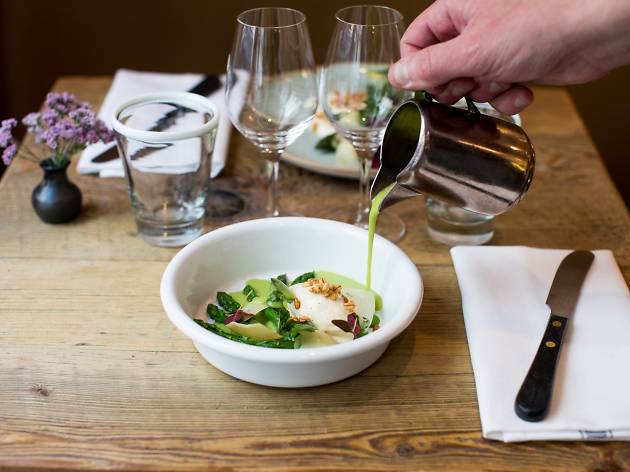 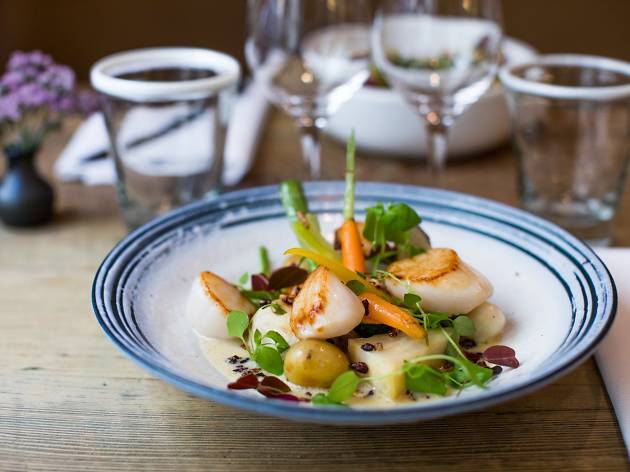 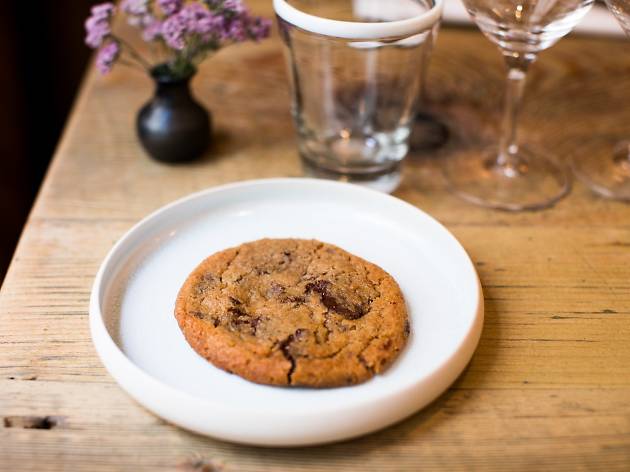 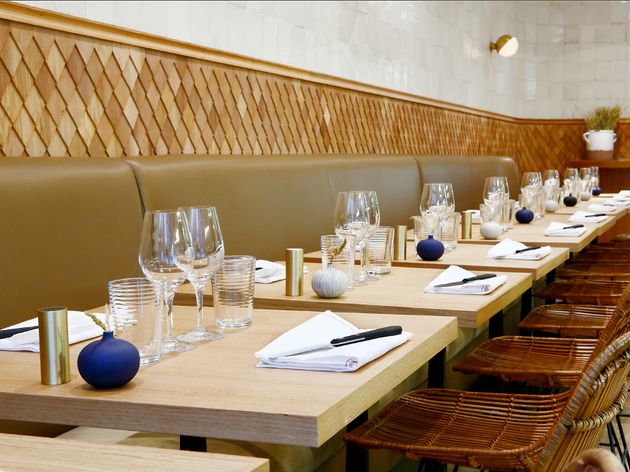 This tiny little restaurant, opened in December 2014, carries a heavy load of expectation on its very narrow shoulders. Not only does it have the thrill of being the love child of highly sought-after chef and restaurateur Jean-François Piège (whose eponymous restaurant at the Hôtel Thoumieux was awarded two Michelin stars in 2011) and his wife Elodie, it has received almost universal raves in the press, and despite its 'discreet' opening, we had to make do with a two week wait for a lunchtime seating.

What it offers is an intimate exploration of Piège's highly accomplished contemporary European cooking. Wonderfully, it manages to be sustaining, adventurous, healthy and even fun, all at the same time. The menus are €28 or €42 at lunch, and €58 or €73 at dinner; save up. And though the great man might not be at the stove himself, the food won't disappoint. Intense, smoky green aubergine and black sesame purée came with a tangle of herbs and crispy quinoa. A single scallop on its shell came perched on a blistering hot chunk of Parisian granite, for you to peel off at the correct moment. Chicken bouillon with toasted Jerusalem artichokes was the perfect gourmet version of a fragrant, comforting winter soup. Pollack came under a trompe l'oeil potato shell shaped like the hull of a boat, and veal sweetbreads were beautifully crisp, nestled around handmade pasta with fine green olives and pecorino. The only slight false note was a board with foie gras, saucisson and various sauces, which didn't hang together as a whole. But the hay-flavoured ice cream with sweet baked butternut squash was a sublime finish.

So far, so lovely. What doesn't quite work is the space's incredibly tight dimensions. Much has been made of the expensively understated decor (and the crockery really is beautiful). And it's perfectly fine and charming for the kitchen to be not so much open as integrated into the dining area, with chefs plating up next to your left ear and a walk through the stovetops to the loo. But if you need to get up during your meal, you have to shuffle your entire table away from the single line of banquettes. And you'd better like your neighbours, as you're basically sitting on top of each other in the crush to get one of those sought-after 18 places. Perhaps we're old fashioned, but these prices we'd like a little more breathing space to enjoy all of Piège's sparkle.