The former Left Bank village of Butte-aux-Cailles in the 13th, near Place d'Italie and Chinatown (Avenues de Choisy and d'Ivry), may be surrounded by modern shopping malls and tower blocks; but an olde-worlde ambiance still prevails in its labyrinthine cobbled streets and toy-town houses, draped in ivy and Nemo's street-art. During the Paris Commune the Butte-aux-Cailles' residents were some of the feistiest fighters. Nowadays the only battles being fought are over a table in one of its numerous student bars (Le Merle Moqueur and La Folie en Tête are always packed), or at Chez Gladines (where you can eat heartily for around €10).

Just a few Métro stops away on the Right Bank, Bercy is the perfect example of successful urban rejuvenation: this former wine warehouse area is now a shopping village with restaurants, bars and a multiscreen cinema. There's also modern park, the Cinémathèque film museum and Bercy stadium (Palais Omnisports) for world-class concerts and sports events. Just across the Seine, at the foot of the BnF towers (part of France's national library), is where you'll find Paris' hottest party boats. Take in rock, pop and electro concerts at La Dame de Canton or dance the night away to DJ sound on the Batofar – which even sets up its own beach and bar on the quayside in summer.

Hotels in Butte-aux-Cailles and Bercy 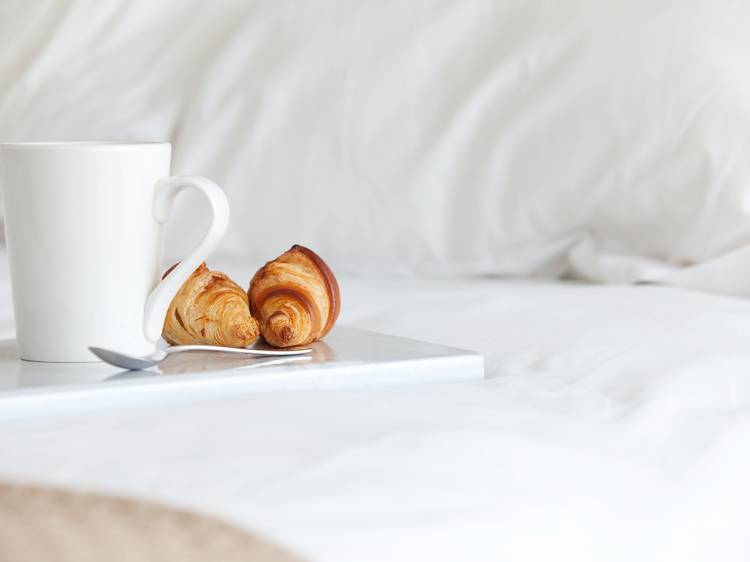 You'd never think that lime green and brown stripes would match bold silver and white replica 19th-century wallpaper, but it does at this boutique hotel (another of Franck Altruie's addresses) in the trendy 12th arrondissement. Rooms are small but inviting, often using coloured light to create atmosphere. 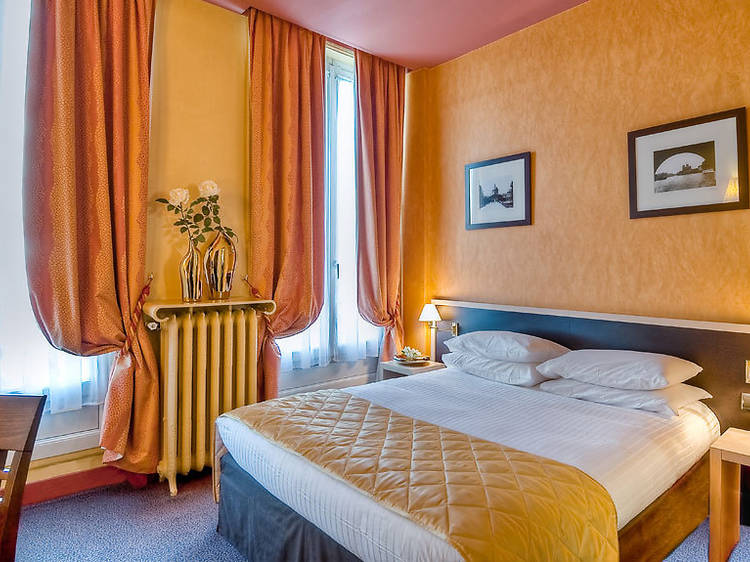 This comfortable, modern hotel on the edge of the Latin Quarter is run by a friendly father and son. It has 43 air-conditioned rooms with internet access, plus suites with sliding doors to separate sleeping and living space. The wrap-around balconies of the corner rooms offer lovely views of the city, and bathrooms feature either luxurious tubs or shower heads with elaborate massage possibilities. 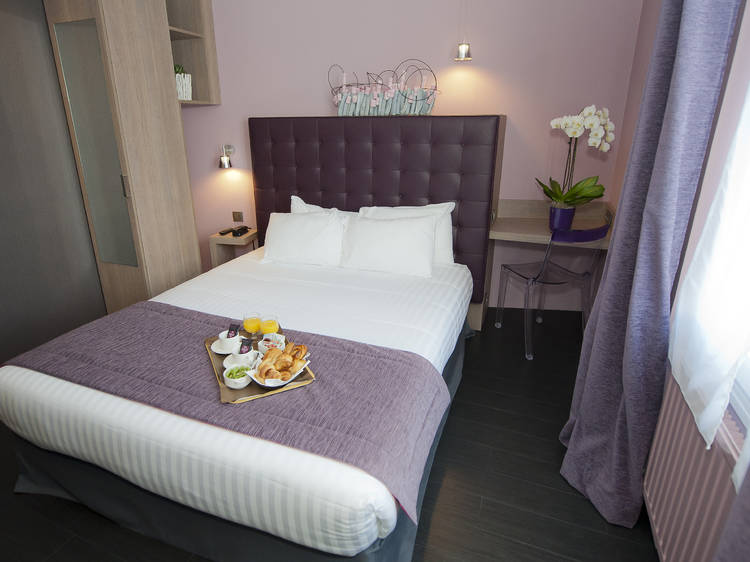 On the southern edge of the Butte-aux-Cailles, quaint and clean Hôtel St-Charles has had a serious revamp and is now resolutely design-orientated. Rooms are small, but cosy in steely tones of grey and mauve. The all-white bathrooms are spotless, and there’s a wee patio for evening aperitifs. This is a top spot for escapism from the crowds and easy bistro access. In fact, you’re so close to the Butte-aux-Cailles that you could skip the hotel breakfast and nip out for a Parisian style café and croissant on a leafy terrace.

Shopping in Butte-aux-Cailles and Bercy 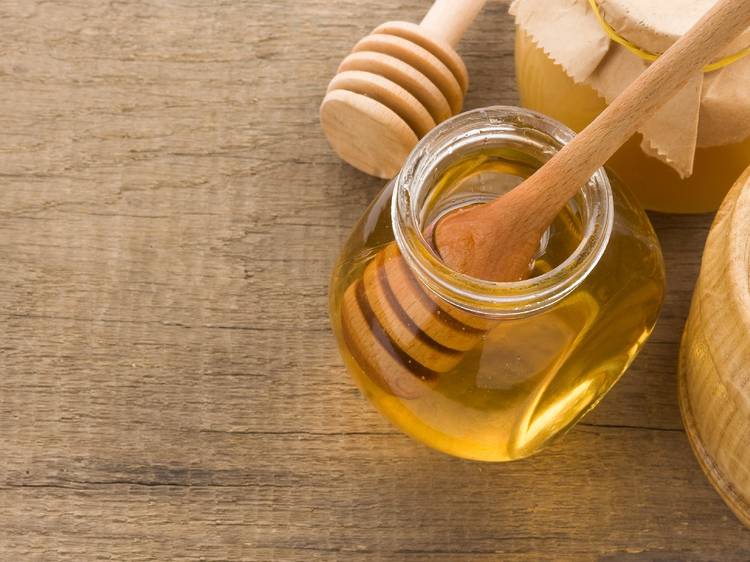 Honey, beeswax, royal jelly and anything else that has been squeezed out of a bee’s behind takes pride of place in Les Abeilles (literally ‘the bees’). This tiny boutique, in the heart of Butte-aux-Cailles sells everything from candles to honey vinegar, honey mustard and its specialty ‘Miel de Paris’, gathered by owner Jean-Jacques from his hives in nearby Parc Kellerman. There’s also a wonderful selection of honey pots, soaps and bee-keeping gear, should you decide to make your own honey at home. For those into the runny stuff, acacia and chestnut honey apparently stay liquid so you can bring your own jar and buy it by the kilo from the dispensing machines (11.50€/kilo). They are also said to have therapeutic properties:  Acacia for digestion and chestnut for circulation. 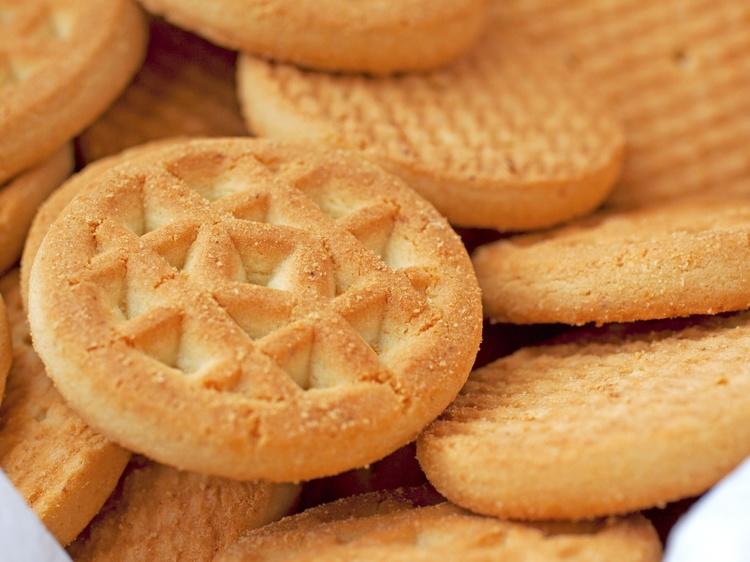 Had Willy Wonka decided to launch a biscuit chain it may well have looked like La Cure Gourmande. There is something irresistibly over-the-top about the shop’s turn-of-the-century-style tins, boxes and baskets, brimming with cookies, bonbons and chocolates. From the moment the vanilla scent hits you, you’re hooked; then the seller suggests you try the biscuit of the day. Before you know you’ve polished off a couple and you’re leaving, guilty grin in tow, with beautifully-packaged boxes of shortbread, gingerbread and dark chocolate truffles – all presents for other people, of course. The Cure Gourmade in Bercy Village is the flagship Paris store, but temptation awaits at spots across the city: 55 rue St-Louis en L’Île, 4th; 10-12 Passage Jouffroy, 9th; 8 rue Steinkerke, 18th; 49 ave de l’Opéra, 2nd; 194 rue de Rivoli, 1st. 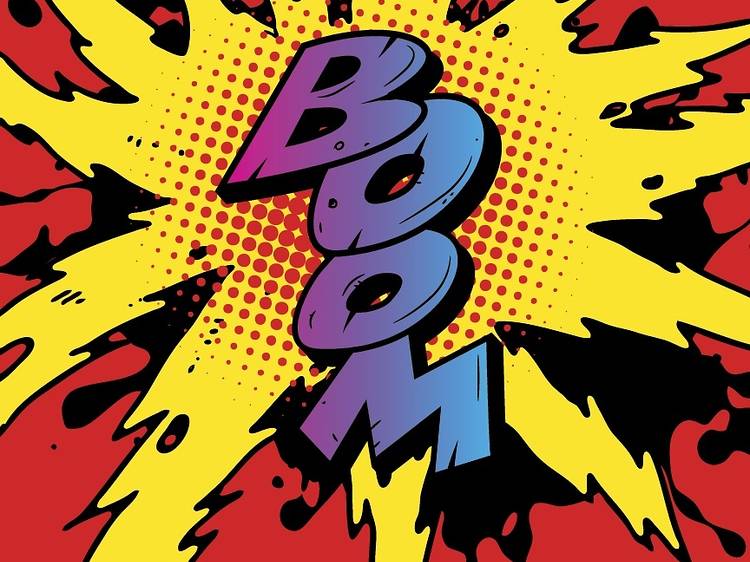 Album, in Bercy Village, is a temple to the art of BD (bande desinée – meaning graphic novels, comic books and nowadays Manga), with folks flocking here seven days a week to rifle through the Tin-Tins, Sci-Fi strips and surrealist works by Moebius and Fred. There’s plenty of memorabilia too – everything from Simpson key rings and Spiderman mugs to limited edition figurines and giant film posters. The knowledgeable staff are also at hand to suggest authors if you’re not sure what you want to read. Most books are in French, but a few English works wiggle their way onto the bookshelves. Ask if you can’t find them – the shop is rather dense. One of several branches.

What to see and do in Butte-aux-Cailles and Bercy 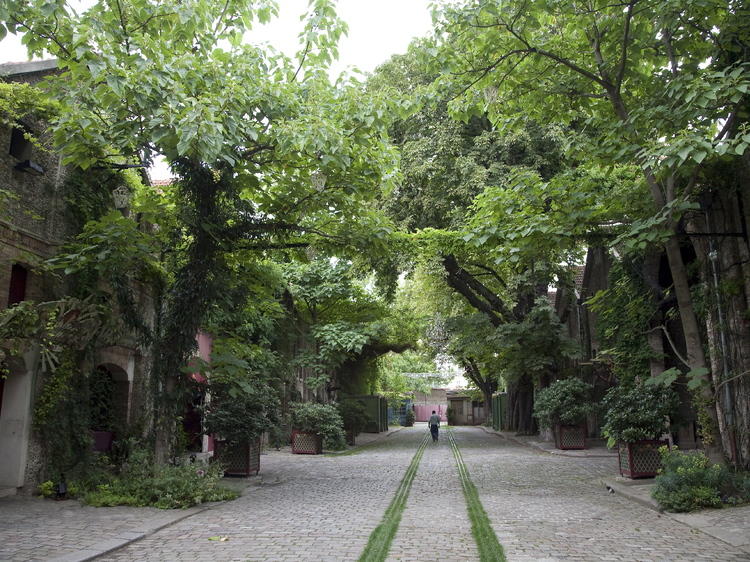 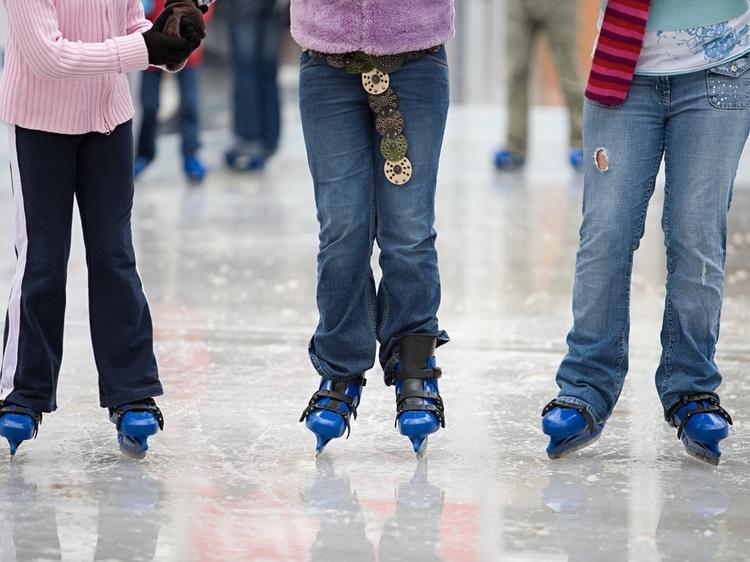 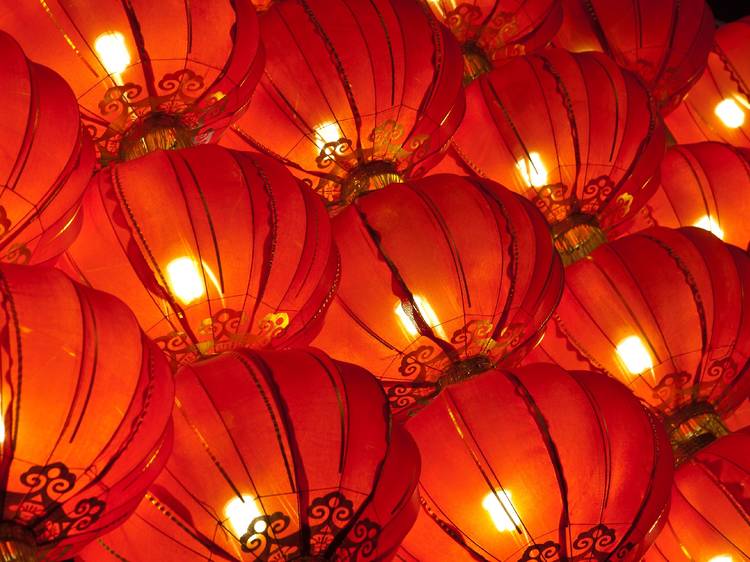 Delve into Chinatown's nooks and crannies 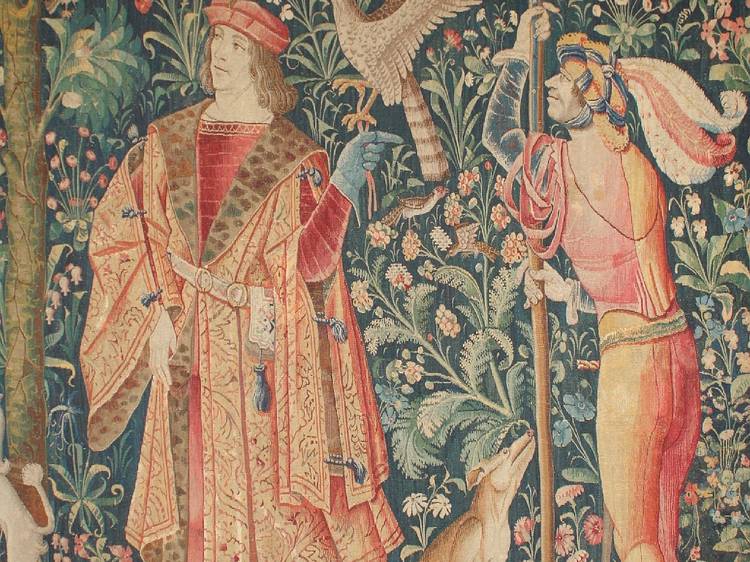