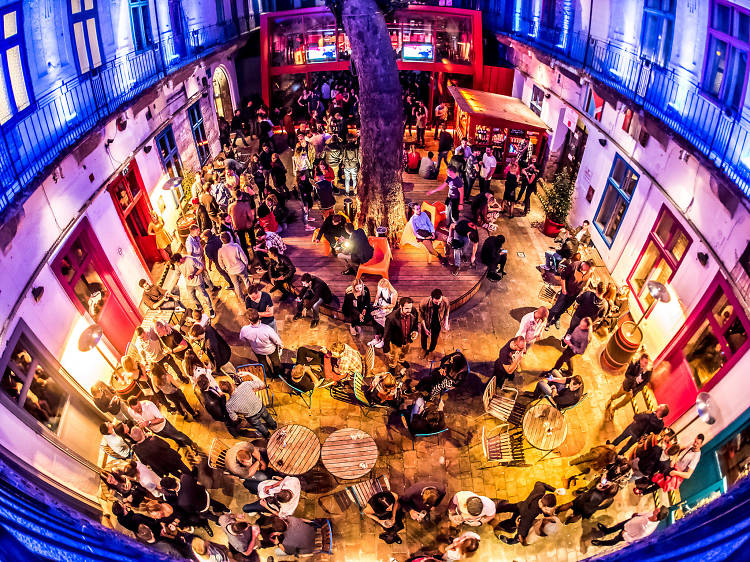 We’ll cut right to the chase; spending the evening in the best ruin bars in Budapest is one of the best things to do in the Hungarian capital. Okay, you might need to get accustomed to the entire concept of a ruin bar first, but that should take all of 10 seconds. This thrilling juxtaposition of neglected buildings and cooler-than-cool bars is the sort of trend we’ve come to expect from Budapest, and we’re more than happy to get behind it. Not all ruin bars are created equal, and certain establishments stand out from the pack. Of course, the entire concept of a ruin bar means that there is a quick turnover of places, so visit these joints while you can. Be sure to book yourself a spa day to deal with the hangover. 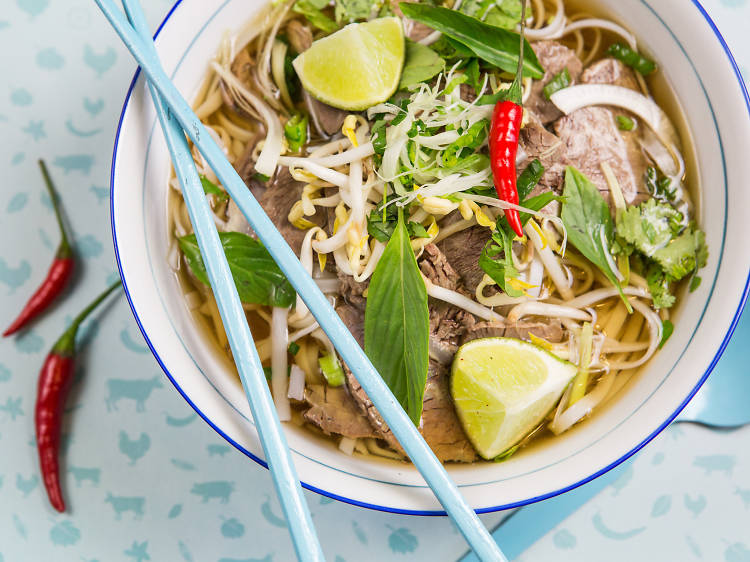 The 7 best places for street food in Budapest

The Hungarian capital has its fair share of tremendous restaurants, but sometimes adventuring around a city means picking something up on the go. Luckily for hungry travellers in a rush, the best street food spots in Budapest are on hand to provide delicious sustenance along the way. Gone are the days when street food in Budapest meant cardboard pizza and soulless service; today, the streets of the Hungarian capital are lined with delicious options from all over the globe, from Middle Eastern magic to a joyously large selection of vegetarian and vegan stops. There are plenty of amazing things to do in Budapest, and these street food spots will save you time as you tick them off. 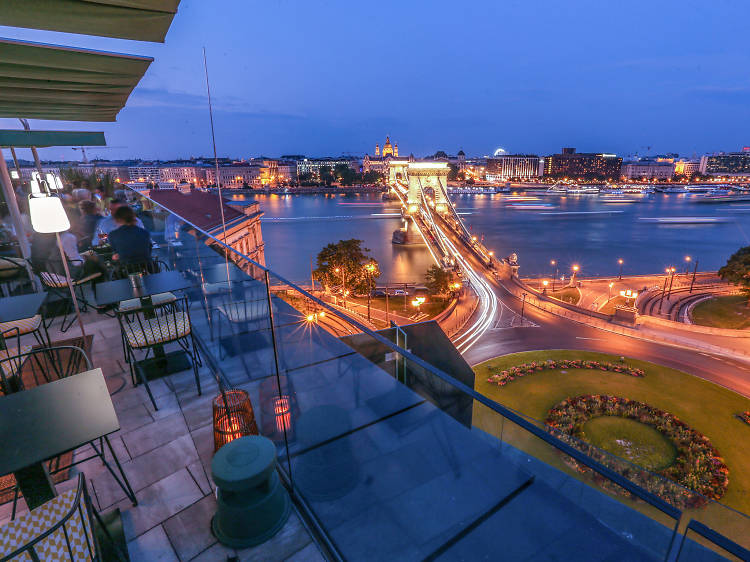 The 6 best rooftop bars in Budapest

Rooftop bars are awesome. What isn’t to love? Delicious drinks, gorgeous views, beautiful people. Of course, those with an aversion to heights and bars won’t get the same joy out of the things, but you can’t have it all. The Hungarian capital has finally woken up to the truth that its skyline is as gorgeous as any in Europe, and the best rooftop bars in Budapest are here to ram that idea home. These bars can be plenty pricey (those looking for a cheaper drink should seek out the ruin bars and pubs), but you pay for what you get. In this case, that means getting a bird’s eye view of Budapest’s many beautiful attractions, accentuated by colourful cocktails and innovated dishes that are the equal of celebrated restaurants down below. What’s more, the service can be brilliant, which isn’t exactly Budapest’s strong point. No matter which rooftop you choose, Budapest is always the star. RECOMMENDED: Full guide to the best bars in Budapest 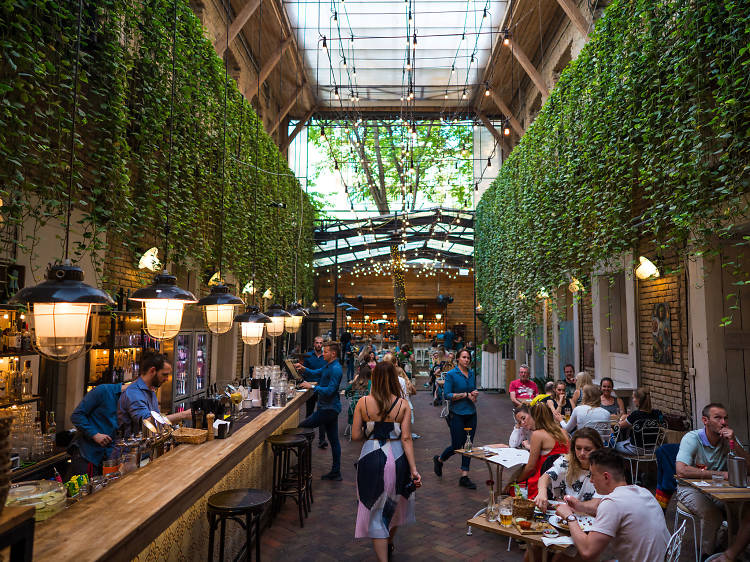 The 10 best things to do in the Jewish Quarter, Budapest

The long history of Budapest’s bustling Jewish Quarter has plenty of life in it yet. That might seem a little contradictory, but this rich area of tumult and life continues to develop even today. What else would you expect from the most densely populated area of a European capital city? Budapest can be a contradictory place, but the aesthetics of design shops mixing with bakeries, nightclubs and gorgeous synagogues undoubtedly work. Many of the best things to do in Budapest can be found here, from the storied ruin bars to the area’s diverse collection of restaurants. Of course, history hasn’t always been so kind, but the walls of the once dreaded wartime ghetto now depict happier historical episodes, from football matches to eccentric aristocrats. Things are forever changing here, but the charm remains the same. These are the best things to do in the Jewish Quarter of Budapest. RECOMMENDED: Full guide to the best things to do in Budapest 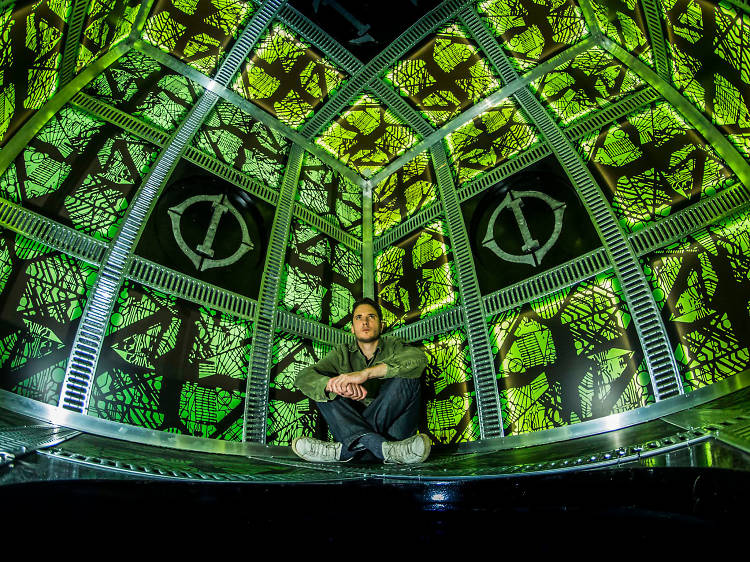 The 11 best escape rooms in Budapest

Whether you’re an escape room devotee or simply looking for something fun and adventurous to do while you’re here, Budapest offers a wealth of choice. ‘There are so many empty cellars in Budapest, and there are already a million bars, so it’s natural that escape rooms took off here,’ says Tünde Máté, an escape game enthusiast who works at E-Exit. So where should you start? Many of the more established escape rooms in Budapest are based on prison breaks, bank robberies or pirate sorties. However, as the games have gone global – Scavenger also operate rooms in Doha and Mumbai, and PaniQ-Room has launched in the US and even Iran – a ‘new generation’ of more sophisticated rooms is emerging. These increasingly high-tech games often drop players into sci-fi or sword-and-sandals scenarios, while others are historical, transporting visitors to ancient Egypt, Victorian London or Chernobyl. Best of all, all the venues listed here offer games for non-Hungarian speakers. ‘People get hooked,’ Tünde told us. ‘Loads of people come for a weekend and play seven or eight a day – the escape rooms here are better quality and much cheaper.’ And what’s more, the more friends you bring, the cheaper it gets. RECOMMENDED: Full guide to the best things to do in Budapest