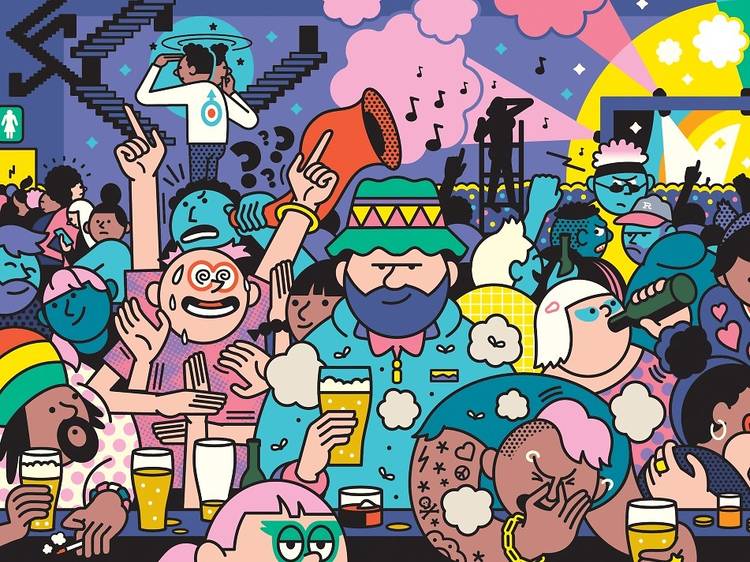 From weirdly shaped venues to annoying crowd members, now that we pretty much can’t go to gigs anymore, we’re going misty-eyed over even the most annoying bits of them. Come with us as we reminisce about things we used to moan about but would now trade anything to have back.  1. The unfathomably long queue for the women’s loos. You work out that, given the ticket price, it’s costing you 43p a minute to stand in line. *Cough* Printworks *cough*. 2. Titchy outdoor smoking areas, overseen by security guards who are constantly shouting about how the shivering masses are not arranging themselves in a manner befitting the regulations. 3. There’s an actual medical condition called Brixton Academy Neck-Crick, brought on by having to repeatedly switch your attention between the stage to your rear and the gaze-avoiding bartenders ahead of you. PLEASE, PLEASE LOOK AT ME, MAN. 4. Screwfaced streetwear lads posing in the dead zone between the bar and crowd. They’re scowling at anyone within a spilling radius of their Off-White Jordan 4s. Seen a gig at 93 Feet East? You’ve seen this lot. 5. Tuborg: Carling’s sickly, Soviet cousin. Only ever spotted in London’s lower-mid-tier live venues, and in rundown Zone 3 cornershops with buzzy fridges lined with mouse poo. Anyway, yep, three of those again please, barkeep. 6. That bit at the back of Ally Pally’s long, flat, endless space, where you’re only able to see the show through the raised-aloft phone screen of the person in front of you. Ill

Working from home? Missing the office? Pining for sickly lighting and printer banter? Don’t sob. Recreating your workplace in your living space is simplicity itself.  1. The server (ie a cereal box wrapped in foil with ‘The Server’ Sharpied on it)  All-knowing, but unknowable. All-powerful, yet desperately fragile. At times, The Server is a just and benevolent God; at others, a cruel and vengeful overlord. It’s a scapegoat during times of conflict; a lifeline during moments of loss. Always present, always watching, its little LED ever blinking, blinking, blinking.  2. ‘Seriously, guys, whose IS this?’  In the darkest corner of the fridge, what was once a meal-deal chicken pasta salad has evolved into something you may need to take to the vet to have humanely put down.    3. No forks, ever  To recreate the familiar feeling of a pitiably sad desk lunch, throw out every single fork you own. Nothing says ‘overwhelming midday ennui’ like eating couscous with a plastic spork while idly scrolling through a spreadsheet.  4. Mmbbzzliphhhhff…  An unidentifiable, untraceable ambient noise that you eventually fail to notice any more. So much so that when said noise unexpectedly pings off one afternoon, engulfing you in silence, you’re thrown into panic mode, convinced that the air-con/coffee machine/lighting/Server is about to action-movie explode.  5. Unremarkable office crush  If you’d met them out of your work context, this person would have barely nudged your needle. But being in clo 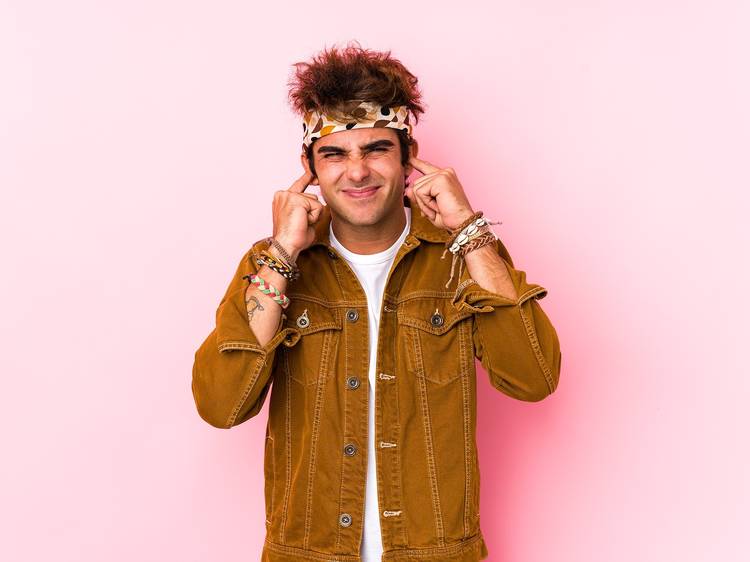 These excuses will get you out of any unwanted plan

Sometimes people want you to join them doing stuff that’s objectively not great. Don’t get dragged down. A festival, headlined by The Hoosiers, called J20 Presents Peterborough Rocks! ‘What weekend did you say it was on? Oh damn. I’m signed up to take some lovely old dears from my nana’s crocheting circle over to the Fragile Hope Orphanage for a puppy and bunny parade. I’ll just call them now and cancel... No? Aww. You sure?’ A hen on a ‘party pirate ship’ in Magaluf ‘Er, awkward: I’m unfortunately banned from the Balearic Islands on account of a 2016 incident in the VIP section of Space, involving me, two “Loose Women” presenters and some very regrettable giddiness. An ITV-enforced gag order precludes me from divulging any details.’ An interactive performance-art event held in a working Peckham abattoir ‘Oh noooo, didn’t get your email. Weird! They do get “stuck” sometimes, don’t they, emails? Jammed in the web mainframe servers. Saw a thing in G2 about it.’ Your new neighbour’s housewarming party ‘OMG I’d love to but I’ve got 18 stitches in my groin right now – long story – and the doc specifically warned against gyrating in a stranger’s crowded kitchen because the stitches could pop right open and then blurrrp, ka-sploosh! A real dog’s dinner. So...’ Staying in? Here are some of the best films streaming on Amazon Prime right now  Having a house party? These party throwing pros will show you how to play host without wrecking your pad