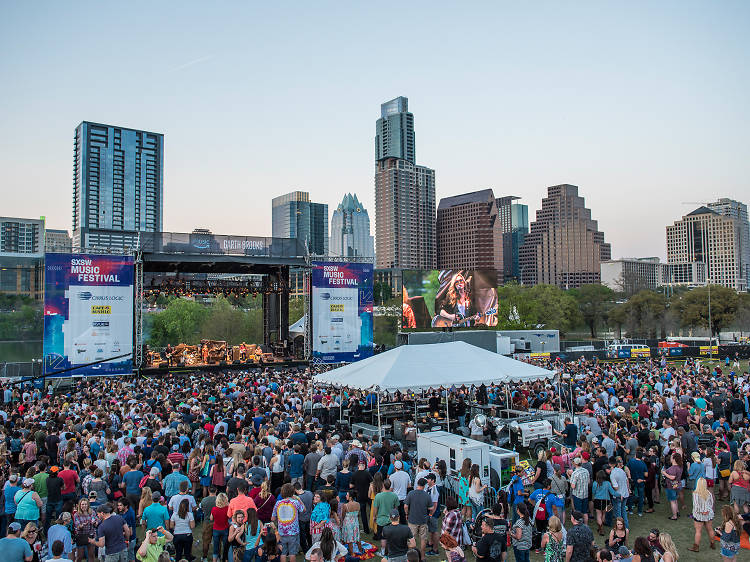 10 reasons why SXSW will rule this year

SXSW always rolls in like a hurricane, taking over our city for ten days with some of the best innovators, musicians, filmmakers and creatives from around the world. It won't be any different this year, when the 31-year-old festival hits Austin on March 9–18. You'll want to take some time outside of the fest to enjoy the best things to do in Austin, from incredible restaurants to Austin's best cocktail bars—but you'll also want to check out the following top 10 reasons why SXSW is going to kill it this year. See you out there! 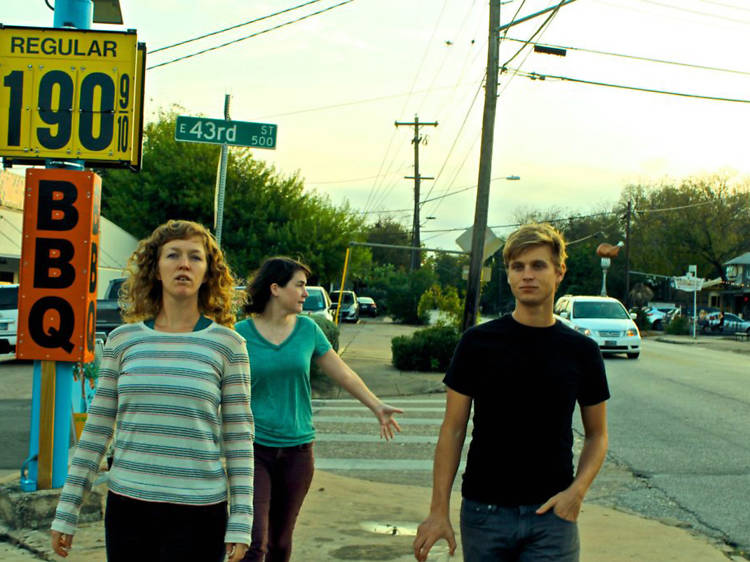 Our 2017 picks for the best in local music

It was another kick-ass year for music in Austin: Veteran acts like Spoon and the Black Angels put out well-received new albums, a number of beloved festivals—SXSW, ACL, Utopia—continued to draw in the masses, and seemingly floundering fests (Levitation, Sound on Sound) found a way to rally back to life in some form or another. Even more exciting? A slew of new events and albums and reinvigorated live music venues made a serious splash this year. We're handing out awards to these local all-stars—and can't wait to see, hear and experience what 2018 has on the bill. 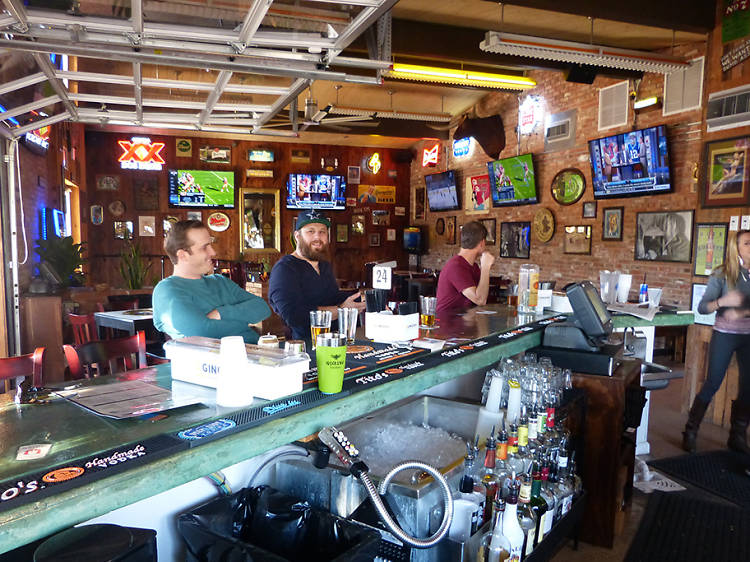 The 12 best sports bars in Austin

Sports! They’re fun to play, but even more fun to watch—instead of sweaty exercise, you get to wolf down chicken wings and the best craft beer in town. At the best sports bars in Austin, big screens, great eats and cheap beer will have you cheering long after the game is over. They may not serve fancy drinks—try our list of the best bars in Austin for that sort of thing—but these sports bars Austin loves have fan-baiting atmosphere to spare. Looking for things to do in Austin come game day? These sports bars are waiting for you. 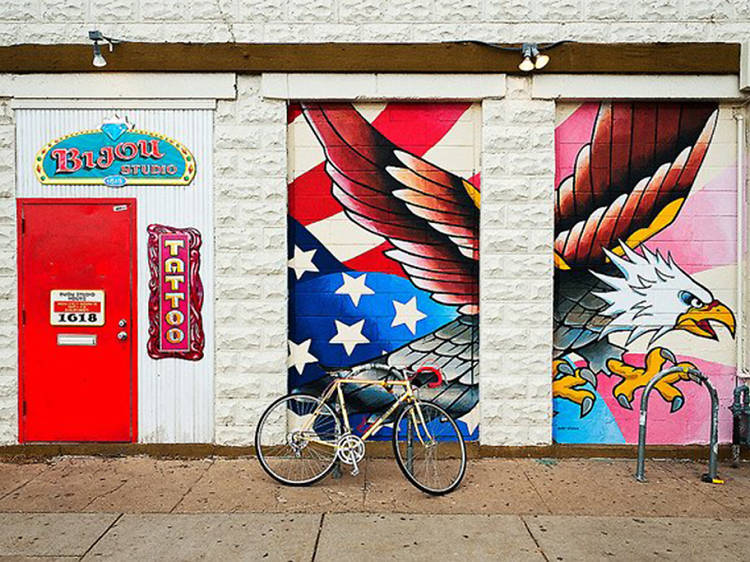 The 12 best tattoo shops in Austin

Getting a tattoo (or even your 50th) might be at the top of your list of things to do in Austin, but it’s a process that involves a lot of tough decisions. What are you going get? And where? And who’s going to do it? And how are you going to break it to mom? A great tattoo shop can make getting through that checklist pain-free (until the needle comes out, of course). Thankfully, there are a lot of great tattoo shops in Austin, with the rise of ink experts rivaling the rise of food trucks in Austin in the past decade or so. These 12 best-of-the-best tattoo shops feature great artists working across numerous styles in super-chill environments that will make your experience, and the result, just what you were looking for. Grab some liquid courage at one of the best bars in Austin, and get your ink on.

Looking for a mellow show? Swedish singer-songwriter and guitarist José González is captivating in a live setting; his rare Austin appearance at the Long Center makes this show a real priority for any music lover.

You may not know it yet, but the one thing that your warm, sleigh-bell season needs is Metz. The punk rockers recently put out a heavy, well-received effort called Strange Peace; songs from the album are sure to kill live.

Head to Emo’s for a rousing performance by Nashville rockers Bully, who will be promoting their sophomore album (the first for Sub Pop Records), Losing. If you’re not already a big fan of front woman Alicia Bognanno, then personally witnessing her crazy-talented vocals range from soft to a raspy howl will make you a convert.

There’s only one way to close out 2017: with hometown hero Willie Nelson singing his hits. Along with special guests Lukas Nelson & Promise of the Real, the beloved Texan will share songs from his latest album, God’s Problem Child.

The sparse, oft-somber sound of Julien Baker doesn’t totally jive with the holiday spirit, but that’s no reason to skip out on seeing this über-talented up-and-coming singer-songwriter. She’ll likely be playing a lot from her much ballyhooed sophomore album, Turn Out the Lights.

What happens when musical worlds collide? Metalachi, for starters. The group, who call themselves “the world’s first and only metal mariachi band,” puts on a wildly entertaining show that melds two distinct genres. Both nights at Stubb’s Indoors will sell out, so don’t wait to get your tickets to this raucous and unique experience.

Dan Bejar has been going strong as Destroyer since the mid-’90s, and it doesn’t look like he’ll be slowing down or losing his creative edge any time soon. The act’s 12th album, ken, is out now and features luscious, synth-heavy arrangements and Bejar’s classically weird lyricism. 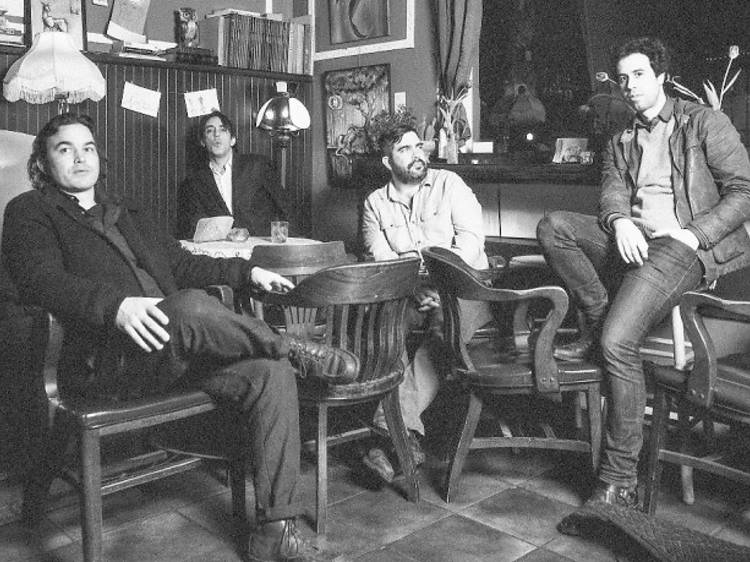 Fresh off an arena tour with Arcade Fire, Wolf Parade is already sporting a well-received new album, Cry Cry Cry. Translation? Few artists are entering 2018 with as much momentum as this veteran act.

Here’s one way to jump-start your 2018. Not only will Black Rebel Motorcycle Club be rolling out Wrong Creatures, the first new album since 2013’s Specter at the Feast, on Jan 12, but just a few days later the band will blister faces at Stubb’s Waller Creek Amphitheater.

The Aussie indie rocker (another Aussie!) Alex Lahey may have once dubbed herself “just some random from Melbourne,” but she now has a slew of super relatable anthems like “You Don’t Think You Like People Like Me” and “I Haven’t Been Taking Care of  Myself.”

The alt-rock act from Rhode Island recently released two self-titled albums with very different vibes—the acoustic Vol. 1 and the electric Vol. 2—and they’re taking that concept on the road with a Twice Is Nice tour. The band will play songs from its entire catalog across two sets: one that’s stripped-down, another that’s full-on electric.

Originally from Australia, Hazel English now resides in Oakland, California. In May she released a double EP, Just Give In/Never Going Home, via Polyvinyl Records, and it immediately caught people’s attention with its pretty indie-pop arrangements and her hypnotic voice. The cozy setting of Stubb’s Indoors will be ideal for English’s intimate sound.

The 20 experiences every Austin music lover needs to have

Whether you're an Austin native or a brand new transplant, diving into the music scene here is inevitable. Shows every night, incredible live music venues and seriously talented artists mean that if you weren't a music buff before, you're on your way to becoming one. But aside from attending ACL and listening to some exceptional blues at Antone's, there are a handful of experiences you'll need to have before calling yourself a true Austin music lover. Here's your unofficial Austin music checklist: 1. Go hard during all 10 days of SXSW, then sleep for a month. 2. Cram into Ginny’s Little Longhorn Saloon for some Chicken Shit Bingo and music by Texas country singer Dale Watson. 3. Win your way into an ACL taping, then post a picture of the program before your friends do. 4. Bring a cooler full of adult beverages to Zilker Park, then take in live music via 93.3 KGSR’s Blues on the Green.  5. Take an ill-advised dive into the crowd from the stage or second level at the Mohawk. 6. Let go and get rowdy with “beer, music, liquor, beer, music” at Beerland. 7. Get weird looks for standing directly in front of the stage and not to the side (or at least 10 feet away from it). 8. Cut out of work or school early and go to an in-store performance at Waterloo Records.  9. Make a rare stop at Central Presbyterian Church. Pray a lot while you’re there so that your soul is covered until the next show. 10. Non-ironically learn how to two-step at either the White Horse or the Broken Spoke. 11. S

No matter how long you’ve been in Austin, you’ve probably stumbled upon the sound waves of A Giant Dog, the explosive punk-rock act featuring Sabrina Ellis, Andrew Cashen, Andy Bauer, Graham Low and Daniel Blanchard. The band got its start in 2008 and has since released three full-length albums: Fight, Bone and Pile. Its latest—and second on Merge Records—is titled Toy, and was released on August 25. We sat down with the mercurial Cashen (vocals, guitar) to chat about the new LP. Does the title Toy mean anything in particular?I like themes. Our first EP we called House because all of us literally lived in the same house. The next LP we called Fight, not even realizing how many future albums we would have. The second LP is called Bone because, you know, sex? Pile because we wanted reviewers to call it a pile of shit, and now Toy because, you know, sex? How would you describe the band’s sound on Toy?Fun. That’s what a toy is supposed to be. Was there anything in particular you were trying to do differently than on previous albums?Every band says this, but we didn’t want to make the last record. We experimented with drum machines, Autoharp, way more keys, weird shit. There are still a lot of heavy hitters on this album, but we also weren’t afraid to take a walk on the poppier side of what this band could be. What’s the biggest difference between the band that made Fight and the one that made Toy?We have a different drummer. His name is Danny Blanchard. I have longer hair. I also

As the temperature rises this summer, so do the number of talented acts that flock to the city. So which do you see and which do you skip? Think local: Not only are these four Austin-bred bands and performers poised to blow up this season, but each has a brand-new EP ready for some ATX love.  Chantell Moody    Chantell Moody. Photograph: Rob Martinez   One of Austin’s most talented acts set to take over this summer is the alluring Moody. You can find her in the Digital Wild, an electronic pop group that recently released the EP Tall As Trees. In addition to providing stellar vocals, Moody produced and codirected (with videographer Daniel Vestal) the band’s uplifting video for the single, “They Say.” She also lends her various talents to another electronic-leaning band, Fort Never, which put out an album called Home in the back end of last year. Find room on both of Moody’s bandwagons while you can. Check the bands’ websites for upcoming shows, and keep an eye out for Fort Never’s new video in June. Sweet Spirit   Sweet Spirit. Photograph: David Brendan Hall   This powerhouse act jumped onto plenty of locals’ radar in 2015 with its catchy debut album, Cokomo. Now its sophomore effort, St. Mojo, is here to shake any stragglers into submission. Fronted by the dynamic Sabrina Ellis, Sweet Spirit makes attention-grabbing music that’s a mix of rock, pop, soul and country. Its two-night party to usher in St. Mojo was quick to sell out, so you’d be wise to check its schedule well