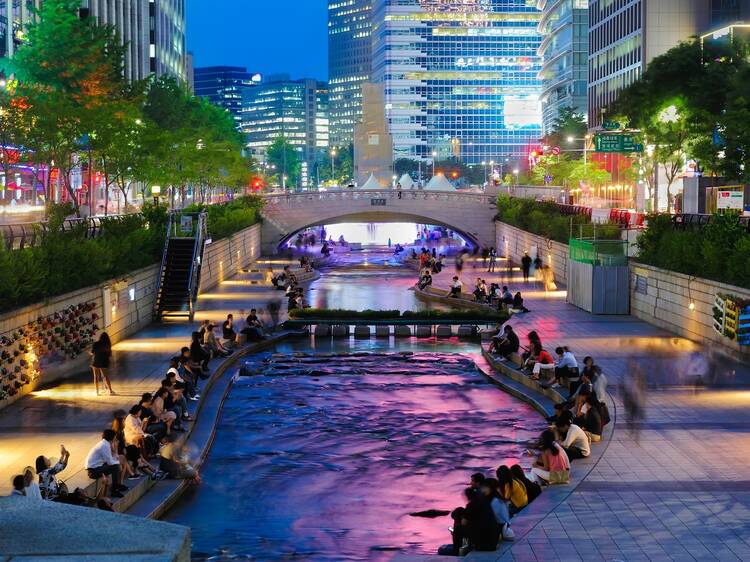 How our cities’ lost rivers are being revived

Most city-dwellers are unaware of the subterranean waterways flowing beneath their feet, but many cities have forgotten rivers that have been buried underground for over a century. In Paris, a stream named the Bièvre used to flow through the Left Bank, joining the Seine near the Gare Austerlitz. In the 1800s, Victor Hugo described it as an idyllic urban oasis and its water was rumoured to have magical properties. But over time water-mills, tanners and shoemakers gathered around the Bièvre, and by the mid-nineteenth century it had become a health hazard. Baron Haussmann’s transformation of the city saw it gradually buried underground, until it completely disappeared from the Parisian landscape in 1912. Several efforts to revive the Bièvre have since failed, but in 2020 the Paris city council announced its intention to recover the forgotten waterway as part of its ambition to bring nature back into the city. Bodies of water can mitigate the heat island effect by absorbing heat, and can also help prevent flooding by carrying excess rainwater. ‘The renaissance of the Bièvre is no longer an unrealistic hypothesis,’ Dan Lert, the deputy mayor in charge of climate, water and energy, said after mayor Anne Hidalgo was re-elected in 2020. ‘There is a real need for more cool, green areas in Paris!’ A river in Yonkers, New York, revealed by daylighting. Photograph: rblfmr / Shutterstock.com The Bièvre is not the only urban river to experience a renaissance. Around the world, ‘daylighti 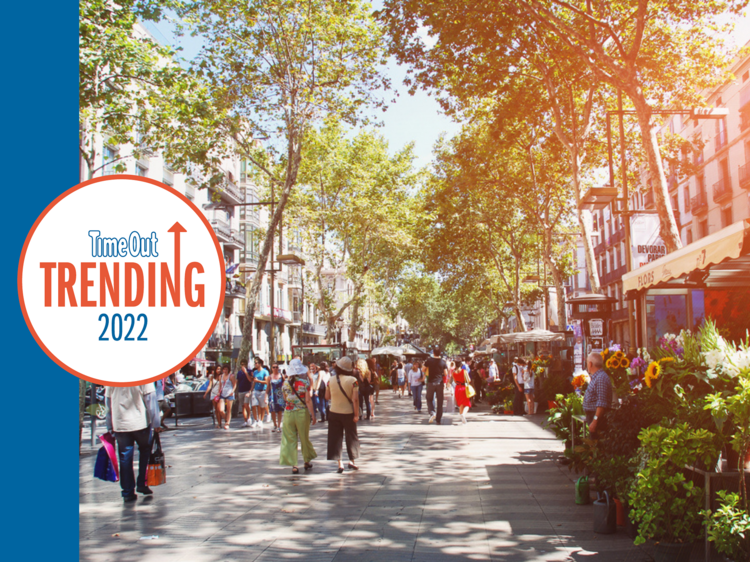 Walk on: why 2022 should be the year of the pedestrian

As COP26 got under way in November, Glasgow city officials announced a ban on traffic in the city centre. Meanwhile, New Zealand capital Wellington has approved plans to make two busy thoroughfares more pedestrian-friendly, and the mayor of Cleveland, Ohio, has promised to put ‘people over cars’. Around the world, city-dwellers seem to be coming to the same conclusion: we could do with a lot more space – and fewer cars. Cities are being radically redesigned to put cyclists and pedestrians first, and at the same time, the pandemic has allowed mayors to accelerate large urbanism projects. As some of the most ambitious plans begin to take shape, 2022 could mark a significant turning point. For example, in Paris, a ban on most vehicles from its four central arrondissements will come into effect next year. With the exceptions of residents and deliveries, cars will no longer be allowed to drive through a massive chunk of the city – around 5.59 square kilometres. MORE 2022 TRENDS:🚆 Why train travel is going to be on your 2022 bucket list🎶 How ABBA’s 2022 virtual concerts could change the face of live music🧙 Why 2022 is going to be the biggest ever year for fantasy on screen Anne Hidalgo, the mayor of Paris, has made a name for herself with bold measures to free up space in one of the densest urban areas in Europe. She has already banned heavy polluting diesel cars and pedestrianised the banks of the Seine, and was re-elected in 2020 on a programme vowing to turn Paris into a peo 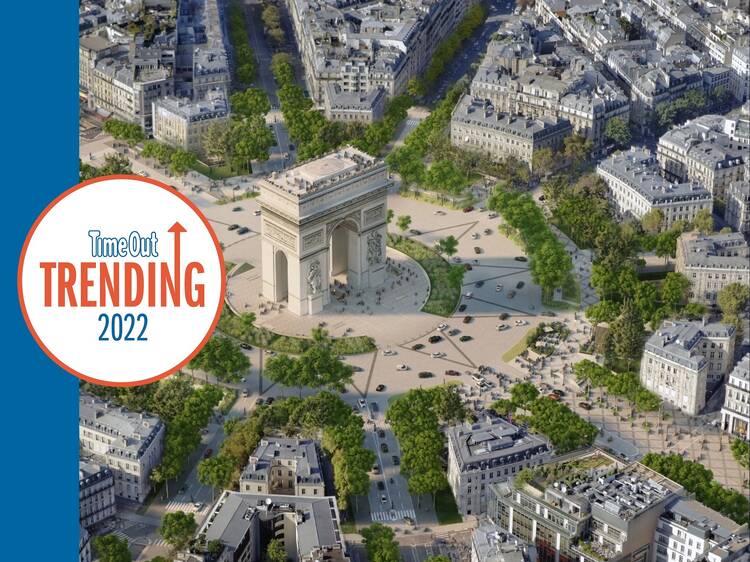 From parklets to urban forests: how cities will get a whole lot greener in 2022

If you look around in most cities you are likely to see a steel and concrete jungle, except for the odd flower pot here and there. But this is slowly beginning to change. Cities worldwide are redesigning themselves for the twenty-first century, and this means going wild for greenery, planting stuff wherever they can. Whether it’s urban forestry, living walls or green roofs, city officials are coming up with increasingly inventive ways to make nature more accessible to their inhabitants. Regreening our cities is key to helping fight the climate crisis and – as urban populations grow – it’s also a way of simply making them more pleasant places to live. MORE 2022 TRENDS:🚆 Why train travel is going to be on your 2022 bucket list🎶 How ABBA’s 2022 virtual concerts could change the face of live music🧙 Why 2022 is going to be the biggest ever year for fantasy on screen Perhaps the most ambitious form of regreening is the concept of ‘urban forests’, which may sound like an oxymoron but is catching on fast. For example, Montreal has unveiled plans to turn a major street into a wooded public square with hundreds of trees and several ponds. In Paris, mayor Anne Hidalgo has plans to plant urban forests next to major landmarks like the Hôtel de Ville, while the Champs-Elysées aims to lure back Parisians by reviving its ‘extraordinary gardens’ with 360 new trees. Montreal, McGill College Avenue Urban Forest. Image: civiliti + Mandaworks  and SNC Lavalin, in collaboration with Lasalle-N 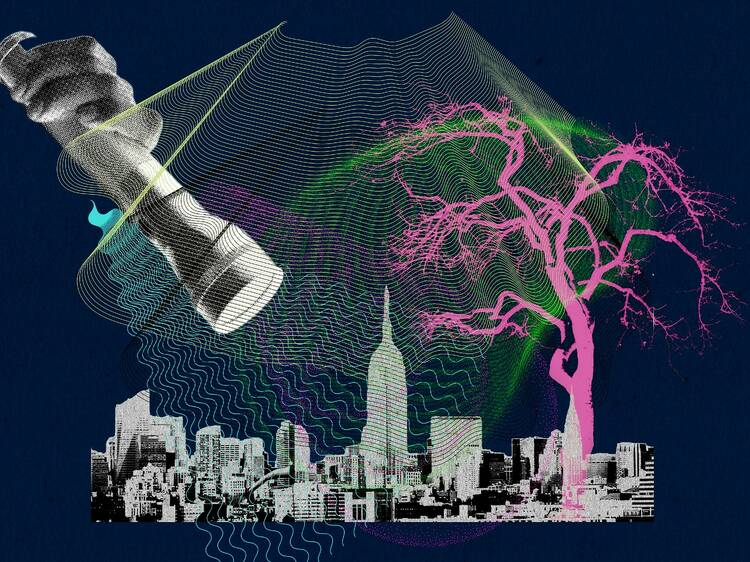 Could bacteria be used to light our cities?

In the picturesque French town of Rambouillet, south west of Paris, a series of cylindrical tubes illuminate a path with soft turquoise light. It’s pretty, but maybe won’t strike you as a bold experiment in the future of street lighting. But it is. Because the path is alight thanks not to electricity, but to bacteria. The phenomenon is known as bioluminescence – light produced and emitted by living organisms. Fireflies, fungi and deep-sea creatures use it to find mates and confuse predators, but now one company has found a way of harnessing it to illuminate our cities. French start-up Glowee, which is behind the project in Rambouillet, collects a bacteria called Aliivibrio fischeri and stores it in tubes filled with saltwater. Recharging them simply requires occasionally feeding the bacteria a mixture of basic nutrients and oxygen. ‘Instead of replacing the bulbs in street lamps, we created a whole new approach,’ says Sandra Rey, who founded Glowee in 2014. ‘With this new approach, we found the solution we have today.’ Unlike LEDs, bioluminescent bacteria have a potentially infinite lifespan and are completely natural, so could pave the way for an energy-efficient and sustainable way to light our cities. Rambouillet is the first city to test the process, with the aim of becoming ‘a full-scale bioluminescence laboratory’. It’s not just Glowee that has succeeded in harnessing bioluminescence in recent years. In 2017, researchers at MIT injected luminescent chemicals used by fir 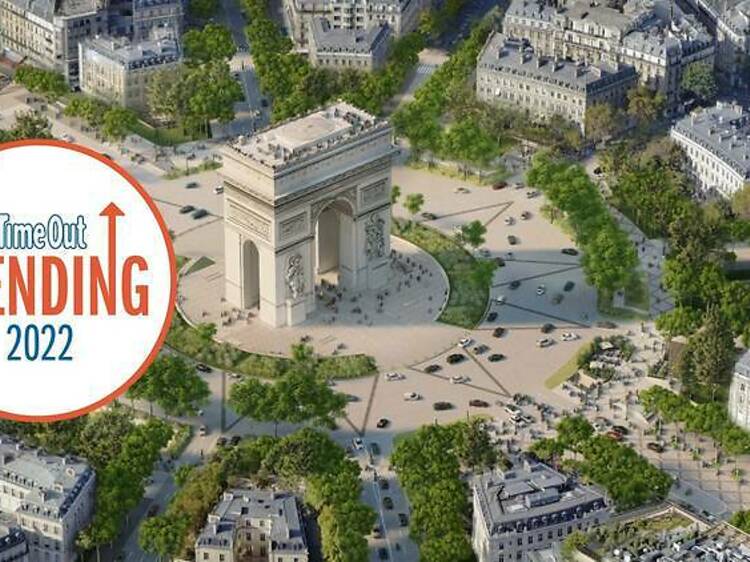 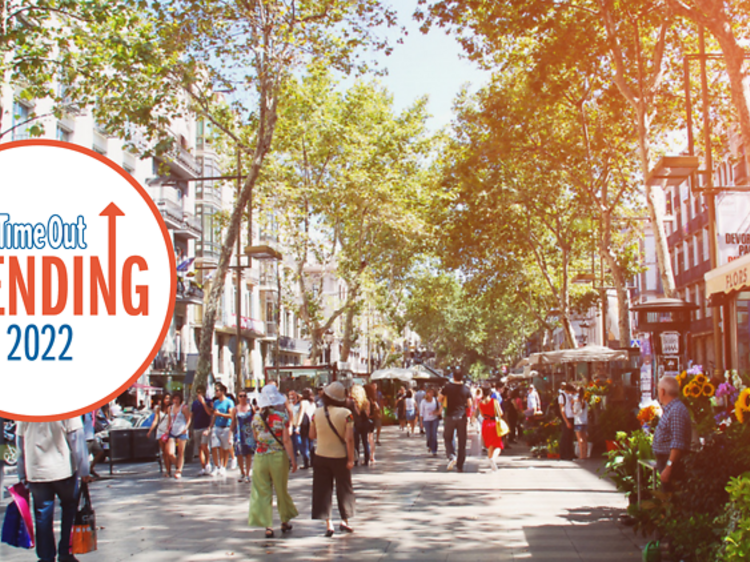 A little over a century ago, the urban planner Ildefons Cerdà was tasked with transforming Barcelona into a modern metropolis. A booming population was crammed within the city’s medieval walls, causing constant epidemics, so Cerdà designed a grid-like neighbourhood with broad boulevards, known as the Eixample (‘expansion’), that would open up the city and let it breathe. Today, Barcelona is undergoing another massive transformation. The city is still one of the densest in Europe, and mayor Ada Colau is now freeing up space occupied by cars. At the heart of her ambitious plans is the concept known as the superilla (‘superblock’), which involves grouping together several of Eixample’s blocks and restricting them to traffic – creating space for squares and green areas. The idea is to disincentivise driving through the city centre, and make pedestrians and cyclists the priority. So far Barcelona has created five superblocks and got rid of 3,500 parking spaces, while the whole city has been made low-emissions zone. Getting around on foot or by bike is already a much more pleasant experience than it was five years ago. But this is only the start. A second phase of the project starting in June 2022 will give priority to pedestrians in one in three streets in Eixample by 2030. Together, the superblocks will form a network of 21 ‘green hubs’, with no resident more than 200 metres away from one. Janet Sanz, deputy mayor in charge of urbanism, says the idea is that ‘cars will go from be