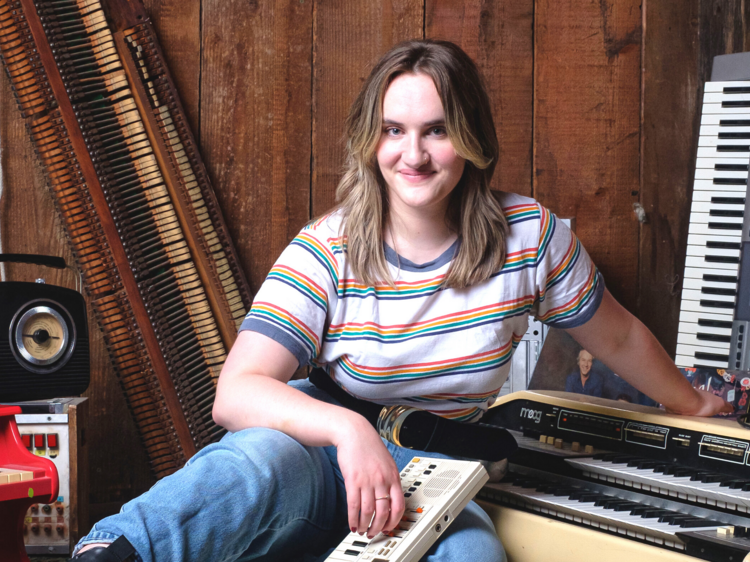 “It’s been a wild couple of years!” exclaims Gabbi Bolt, the Aussie comedian whose song was performed on Broadway early last year in Ratatouille the TikTok Musical, a crowdsourced show based on the Disney/Pixar animated film that came to fruition thanks to an enthusiastic fan base of creators on TikTok.  The former serious musician called it a “batshit situation” and says she feels lucky the artist who sang her lyrics was American TV host and comedian Wayne Brady, of How I Met Your Mother fame, whom Bolt has admired for a long time. Bolt has been making and performing music since the age of 12, but her rise to fame as a comedian began when she started posting musical-comedy videos on TikTok when the pandemic hit in early 2020. Her viral videos include a singsong version of journalist Andrew Probyn and prime minister Scott Morrison’s back-and-forth at a press conference, and a duet with former prime minister Kevin Rudd about his petition for a royal commission into media bias. @fettuccinefettuqueen I ship it. #scomo #andrew #music #moreyouknow ♬ original sound - Gabbi Bolt Reflecting on her childhood in Bathurst, Bolt says that her mother always allowed her to be opinionated: “It really helped me feel the need to be my own person… Being allowed to have that space to be able to share my opinion freely [was a] privilege”. Bolt has always been an avid music listener, going through rock, pop and emo phases, and her latest single from 2021, ‘What Am I To Do’, is a sincere roma 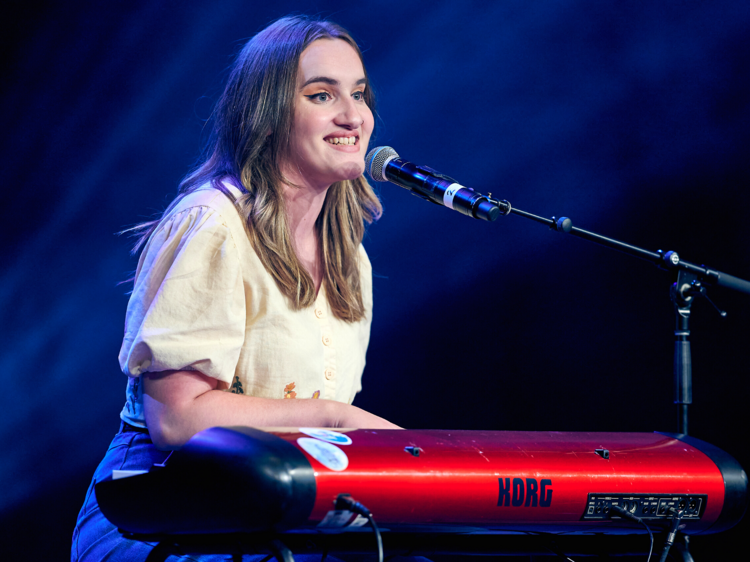 Two years ago, Gabbi Bolt started making political comedy videos on TikTok amidst the global pandemic. Now, she’s performing her satirical songs live to a sold-out crowd in Marrickville’s retro-industrial Factory Theatre.  I Hope My Keyboard Doesn’t Break is a one-woman powerhouse of a musical comedy show, programmed as part of this year’s Sydney Comedy Festival. Bolt, a former ‘serious’ musician from Bathurst, combines her talented voice with an unapologetic streak of sarcastic, witty and quirky observational comedy.  She is a great composer, and her lyrics take on anything and everything about the bizarre experience of being a young person in Australia in 2022. Rich Sydney homeowners, single mums, toxic men on Twitter and inner city snobs are all targets for Bolt, but the show never feels mean-spirited. Instead, we are invited to laugh with Bolt and enjoy her quirky energy in a playful, knowing way. In fact, she is herself often the butt of self-deprecating humour.  Bolt is truly a brilliant up-and-comer in the Australian comedy scene. For the duration of the 60-minute show, she belts out musical number after musical number, delivers strings of punchlines and even dances, all with a tinge of the burlesque. She is a performer who aims to entertain.  The final song of I Hope My Keyboard Doesn’t Break was a highlight. Bolt spends the bulk of the show providing a diagnosis of the chaos of modern life, touching on topics including political tension, climate change and war, but e 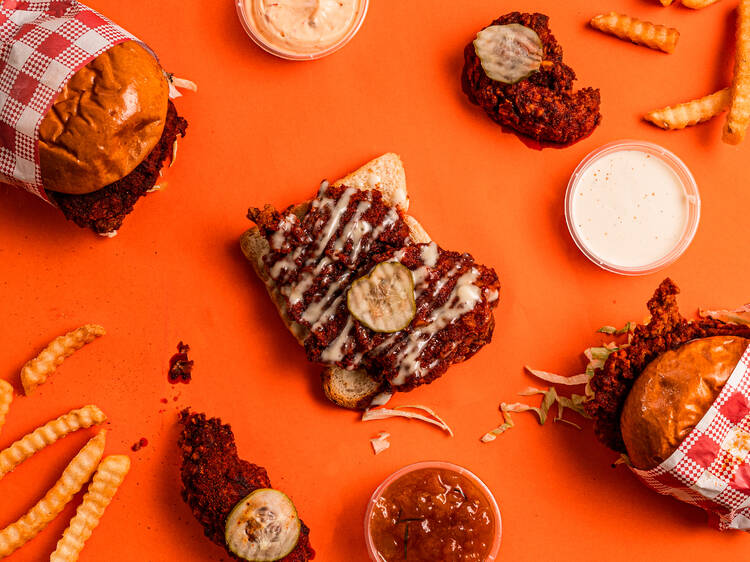 If you’re a chook fan wanting to know what all the fuss is about with Nashville’s cayenne-spiced hot chicken, well look no further than Waterloo. Super Nash Brothers has a new venue in the inner city – a fast-casual diner meets retro arcade, tucked away amongst the flashy apartment buildings that have been popping up around this ‘hood in recent years. Facing Wuluba Park, it’s the perfect location for a takeaway fried chicken feed. Plus, you can race your friends on the two original Bandai Namco Mario Kart arcade machines while you wait for your meal to arrive. Sweet yet spicy, the juicy tenders, drumsticks and thigh fillets are super crunchy on the outside and are available in ‘Sando’ form. Not a carnivore? No problem – vegetarian options are also offered. Don’t forget to try the addictive and tangy smoked chipotle and honey sauce, and prepare your stomach for the ‘World’s Hottest Sando’, with Carolina Reapers that are over 2m Scoville heat units. RIP tongue. 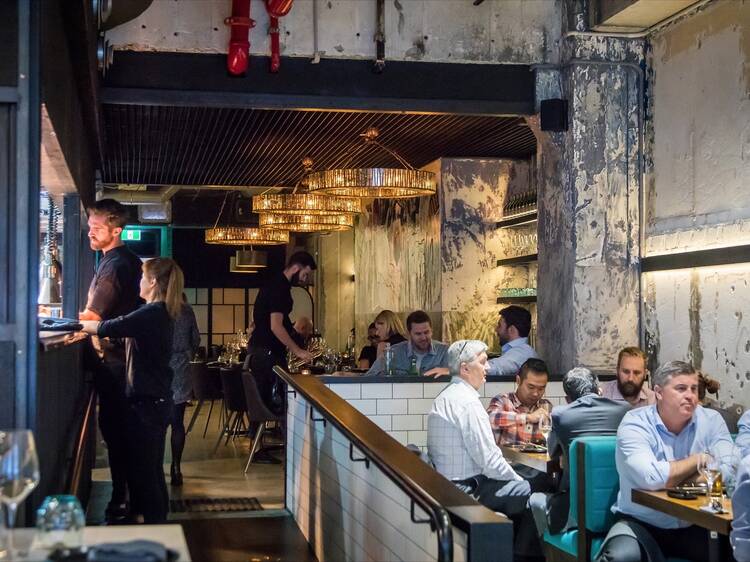 Self-described as a rebellious izakaya, this up-market Japanese eatery on Bridge Lane has devised a New Year’s Eve experience not to be missed. KK is all about expressing Japanese flavours using high-quality Australian ingredients, so say 'sayōnara' to 2021 with one of their classic set menus which include dishes like ocean trout sashimi with mustard miso and ponzu jelly and teriyaki pork hock with green apple. Chef Rhys Watson-Lamb’s dishes are perfrectly paired with a Chūhai Spritz, a stirred cocktail that blends the distilled rice spirit sochu, fresh fruit juice and sparkling water. Enjoy 2 hours of bottomless Chūhais with share plates for $75 per person, and feel like you’re celebrating in a laneway bar or upscale kaiseki restaurant in Kyoto. 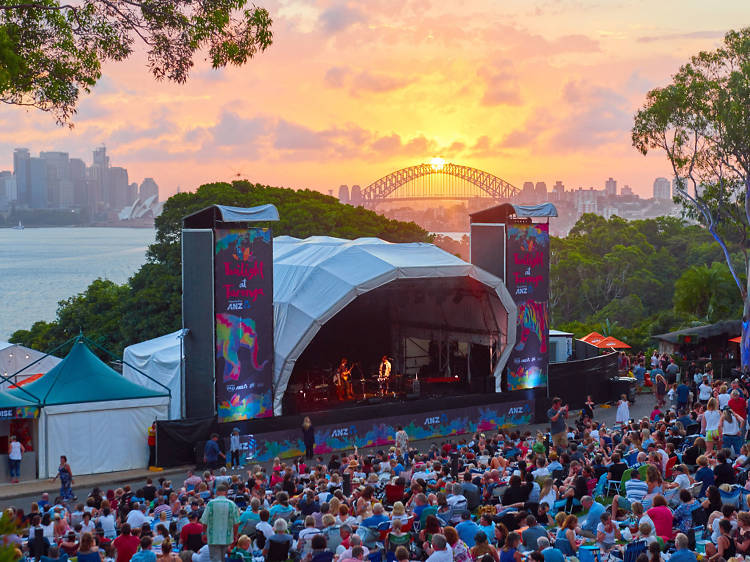 Update: this event has been cancelled. Find out more here. The Twilight at Taronga concert series has been bringing a little bit of summer sunset sparkle to Sydney for over a quarter-century now, and the 2022 edition promises to be bigger and better than ever. With Covid-Safe guidelines in place, there will be a limited number of shows, so don’t dawdle on securing your tickets if you have your heart set on any of these gigs. The season roosts at Taronga from January 28 to February 19. Each year, the gig experience brings the best Australian artists to the shores of Sydney Harbour at Taronga Zoo for fans to enjoy live performances alfresco. Pre-sale tickets for the Church, Daryl Braithwaite and ABBA tribute act Bjorn Again have already sold out before the general public sale began, so book now to not miss Bjorn Again’s second show on Sunday February 6. On top of the artists already mentioned, this diverse and dynamic series will also feature multi-ARIA Award winning Josh Pyke, long-time favourite James Morrison Big Band, and the Twilight debut of indie hit-makers Winston Surfshirt and San Cisco. Or you can have a night with two of Australia’s most powerful songstresses with a double-headliner from Washington and Odette. If you could use a good laugh, check out the Comedy Gala show on Sunday February 13 – again, they added a second show after the first one sold out. Featuring homegrown comedic superstars Joel Creasey, Aaron Chen, Claire Hooper and more, prepare to laugh until y 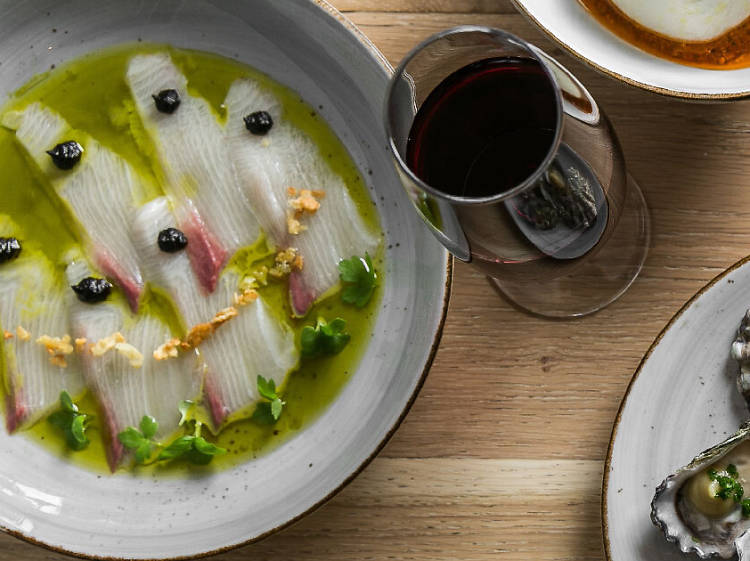 Sydney is renowned the world over for its breathtaking inner-city beaches, so why not celebrate NYE in style with a night view over the Pacific Ocean at Coogee? Italian restaurant Osteria has grown into a local favourite since its opening in early 2019, and it promises to bring its Italian sense of warmth and community to this year’s New Year’s Eve dinner. Chef Regan Porteous, of Tequila Mockingbird fame, and his team have come up with a 3-course Feast menu including Osteria’s famous Porchetta, Gnocchi Porcini Truffle, Sirloin Carpaccio, and more.  Have an early evening with the two-hour sitting starting at 5pm with a choice between the $99 Feast and the $149 Tasting menu, or dance the night away until the early hours of 2022 at the 8pm sitting, which offers the Tasting menu only. Drinks include Pinot Grigio, Pinot Noir and Rose from the South Australia-based Riot Wine Co.