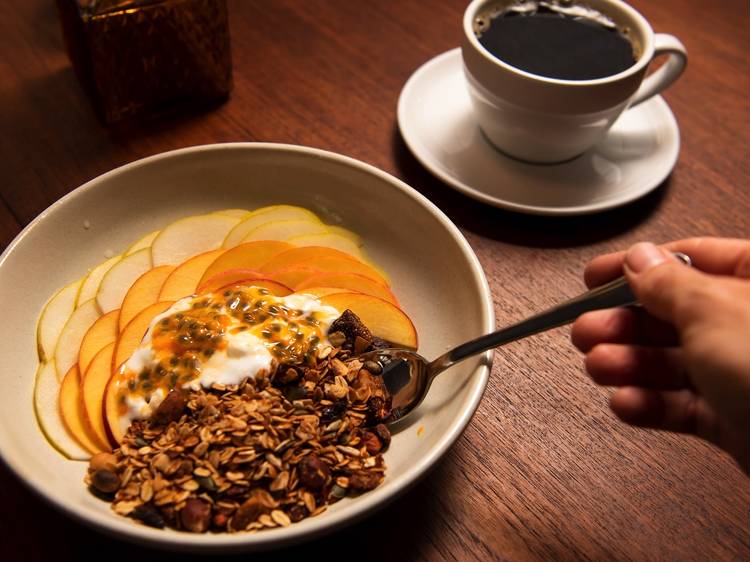 Sydney’s no mining town, but that doesn’t mean you can’t strike gold. Early rising for a pre-work swim? Score. A three-for-five-dollars deal on avocados at Harris Farm? Hello! Finding a café in an old chocolate factory with coffee from local roasting royalty? Jackpot. Old Gold, the third outpost from Sample Coffee, is tucked inside the cavernous space once used as a distribution centre for MacRobertson’s Confectionary – the OG creators of Cherry Ripe, Freddo Frogs and of course, Old Gold. You won’t find the ghost of chocolatiers-past here though, just inner-city employees ordering coffee as black as their Comme De Garçons tees. The compact kitchen is led by long-time Sample friend and collaborator, Graeme Alexander (ex-Little Lord and Two Chaps). His menu is uncomplicated – granola, bagels, toasts – but he keeps a few tricks up his tattooed sleeve. Like an earthy beetroot smash on sourdough, spiked with jalapeño heat and crowned with creamy dill-and-caper ricotta. He sprinkles the lot with a clever vegetarian version of bottarga: an equally salty and satisfying cured egg yolk. The roast broccolini and cannellini salad seems simple, too – until you hit the house-fermented chilli. Gold-digger or not, you’ll gravitate towards the gleam of an amber-coated La Marzocco machine. It’s the centrepiece in the high-ceilinged space with concrete floors and raw brick walls. Minimal furnishings place the focus on top-of-the-line espresso gear instead. You’d expect nothing less from Sample 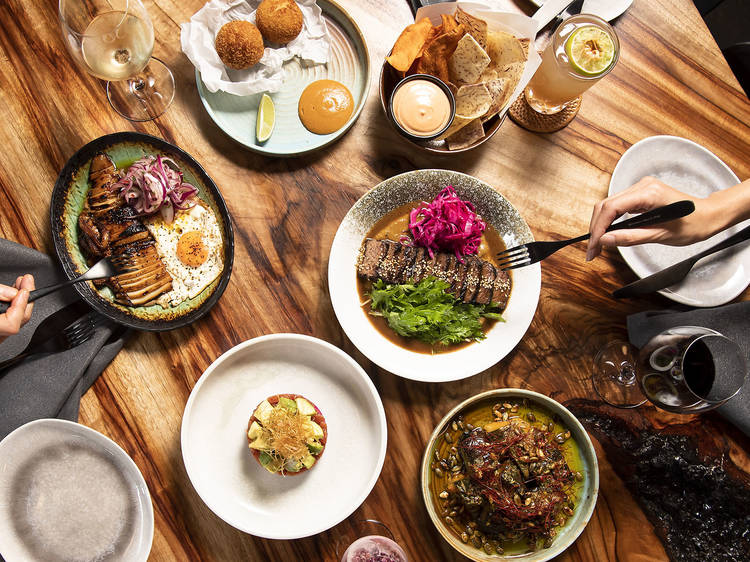 When you catch a chef dancing to salsa music with a sharp knife in hand, you know you’re in for a good night. He’s busy slicing swordfish for ceviche, swaying his hips to a percussive Peruvian playlist and smiling from ear to ear. It makes sense – Nikkei, the fourth restaurant from the team behind hip Japanese hangouts Tokyo Bird and Osaka Trading Co, is a whole lot of fun. Expect surprising flavour combos (yuzu chimichurri! Sake-spiked dulce de leche!), striking composition and a playful approach to Peruvian and Japanese cuisine.  Sydneysiders are no strangers to fusion food. We don’t think twice about ordering the cheeseburger spring rolls at Ms G’s or Café Paci's dumplings in XO sauce made from trout. Nikkei cuisine, though? That’s something we haven’t seen before. A byproduct of Japanese immigration to Peru in the 19th century, Nikkei mixes Japanese precision, simplicity and umami with regional South American ingredients like seafood, tubers and chillies. The result has become a genre in its own right – putting Peru’s capital, Lima, on the map as a major dining destination and inspiring restaurants all over the world, including the legendary Nobu. Kick off your night on Commonwealth Street with a cocktail. The drinks menu celebrates Peru’s liquor of choice: grape-based pisco. Dive deeper than the classic Pisco Sour with a fizzy Chilcano, made with thyme, honey and tongue-tingling ginger. It’s a natural match for something snacky like the sweet-potato and taro crisps with 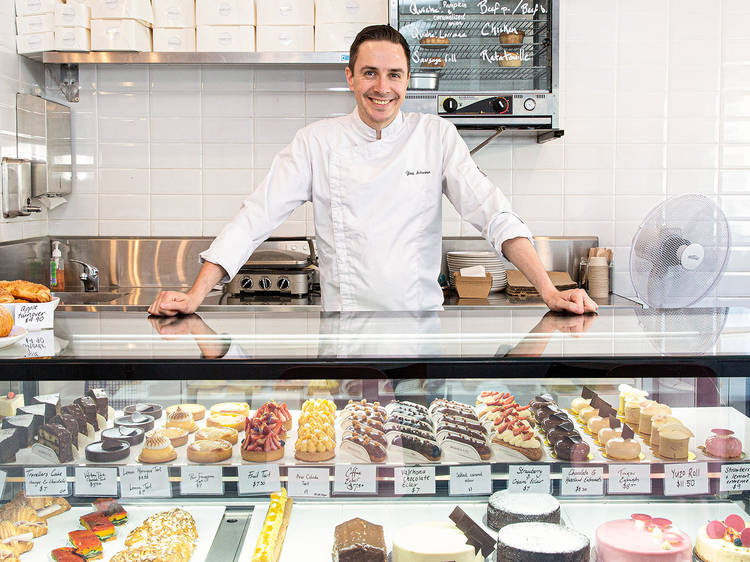 Bare feet and pineapple flambé are seldom, if ever, found in the same place. An ambitious pâtisserie seems better suited to Parisian laneways than the main drag of a beachy suburb. But step inside Madame and Yves, the Clovelly pâtisserie owned by classically trained French pâtissier Yves Scherrer, and you’ll find the best of both worlds, where post-swim pastries of all shapes and sizes come with a side of sea breeze. The smell of burnt butter lingers in the air of the humble street-front store, flanked by white-tiled walls and punctuated by pops of pastel pink. Yves himself stands in front of the glass counter surveying his creations: a symphony of baked and piped treats, not a polished lemon tart or glazed éclair out of place. It’s clearly the work of a professional – and some might say perfectionist; Scherrer spent two decades in kitchens around the world finessing his technique, before moving to Australia in 2009.  Down Under, he’s carved a niche of his own crafting some of our city’s most beloved sweets,  including Saké’s original Dragon Egg and Ananas Bar and Brasserie’s salted caramel éclair. On the tenth anniversary of his move to Australia, Scherrer opened Madame and Yves, which revisits the classics and expands his repertoire of restaurant-worthy desserts without the competition of entrées and mains.   When it comes to the daily-changing menu, your game plan should be Napoleonic: divide and conquer. A rainbow of éclairs will catch your eye first: tangy lemon myrtle,