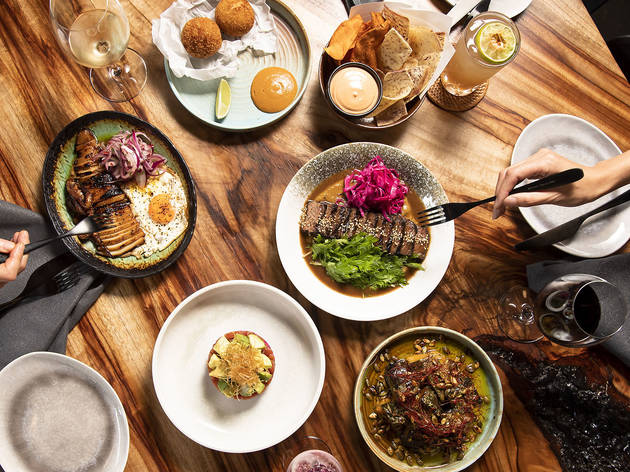 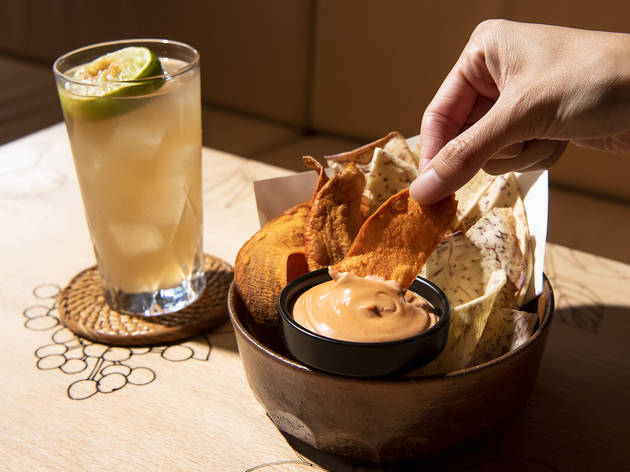 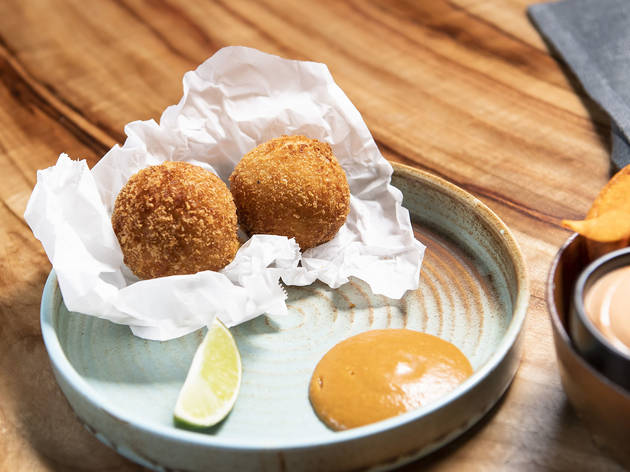 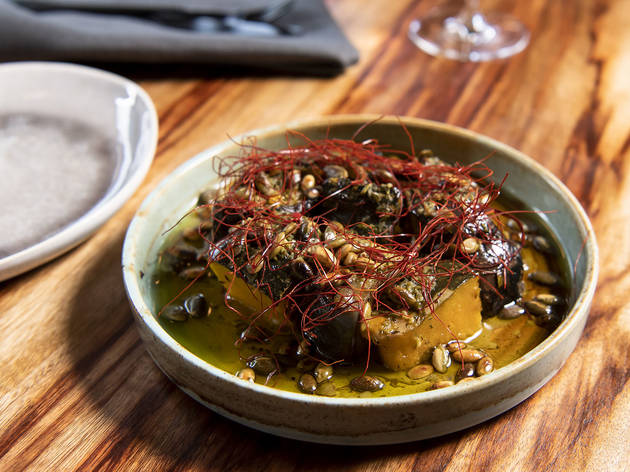 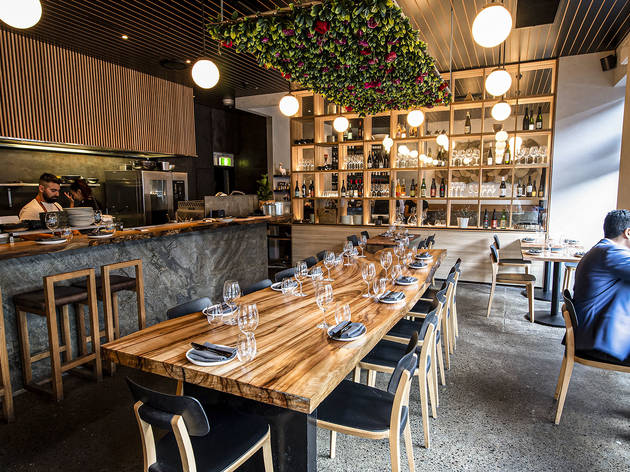 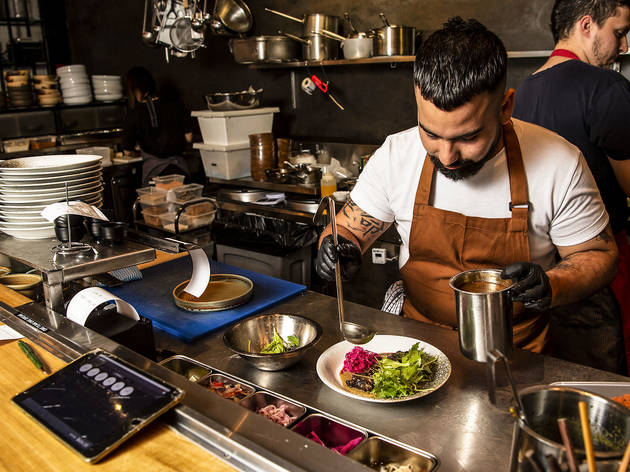 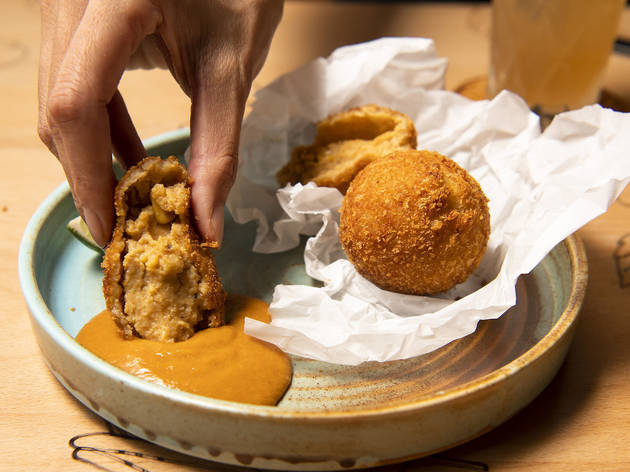 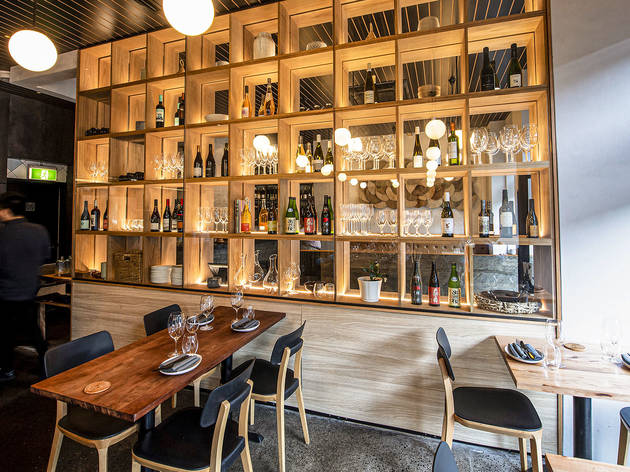 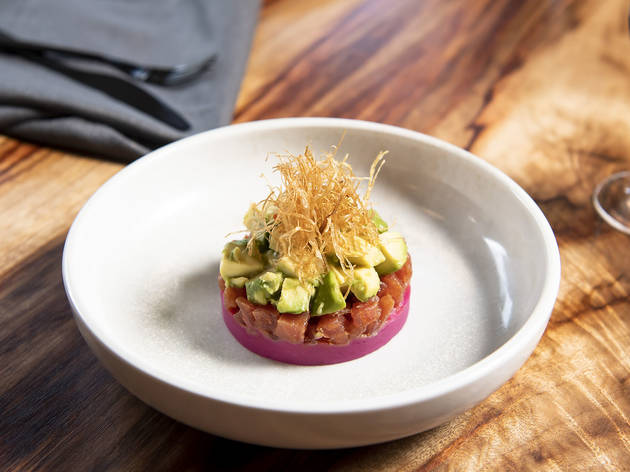 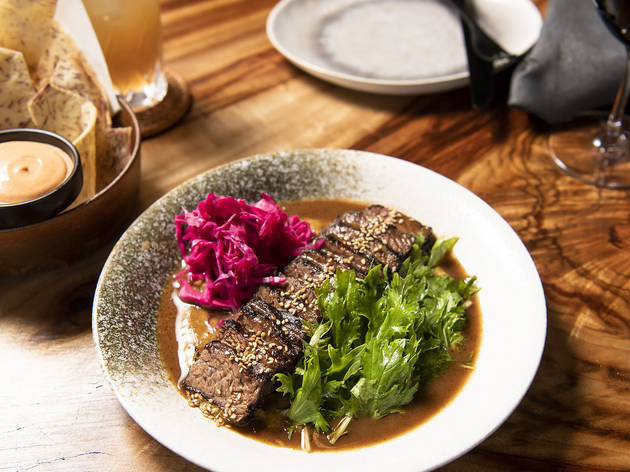 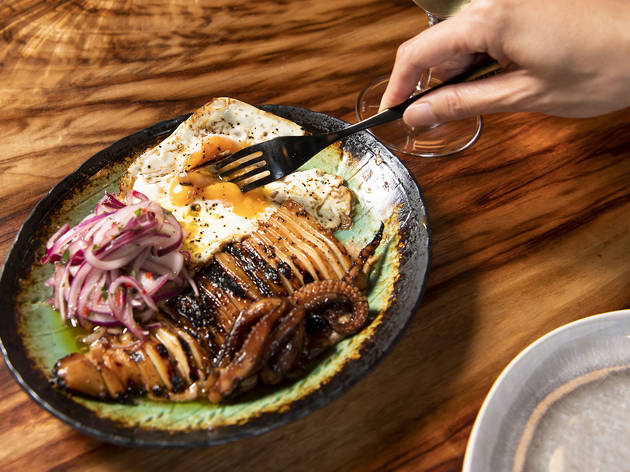 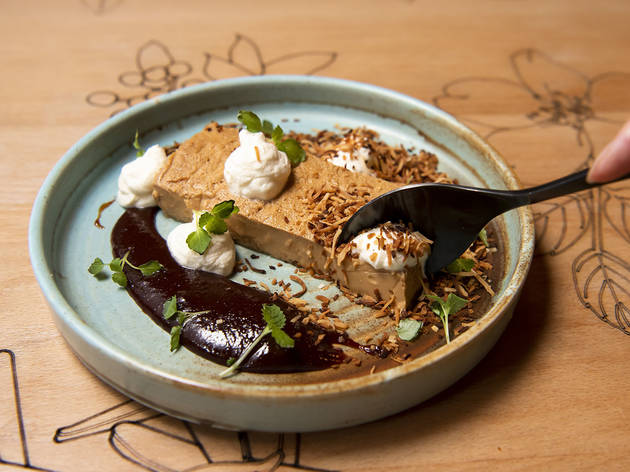 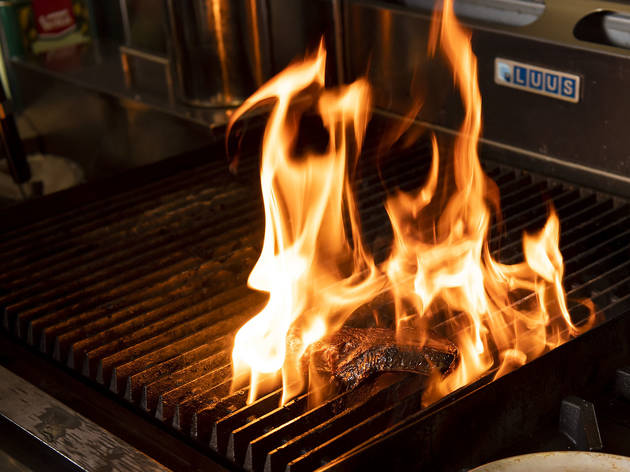 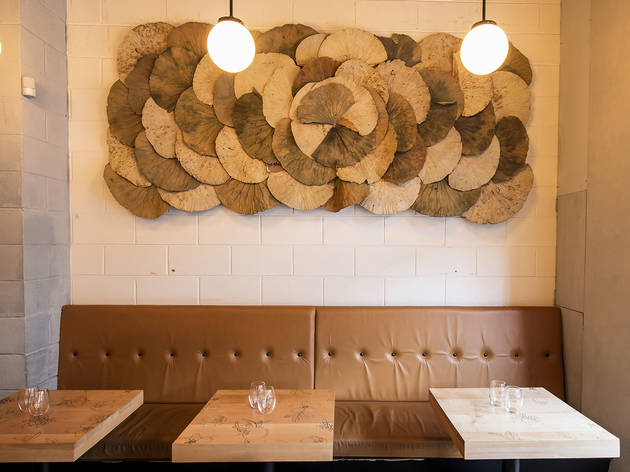 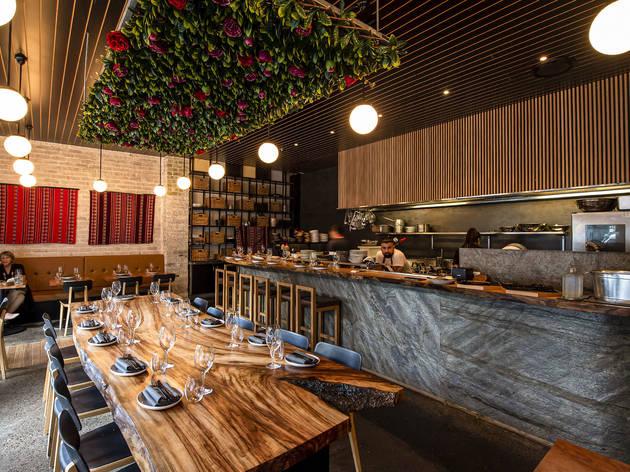 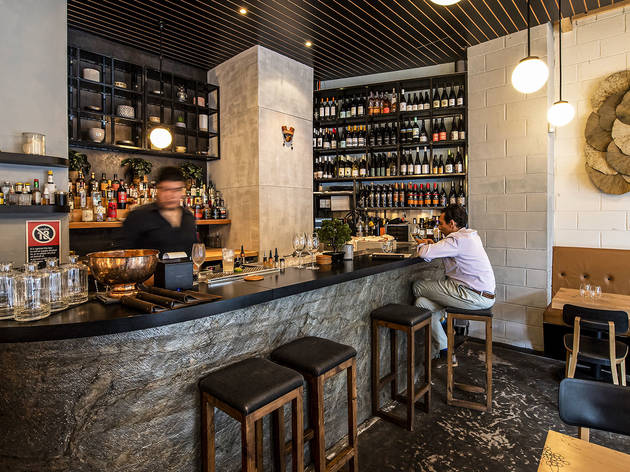 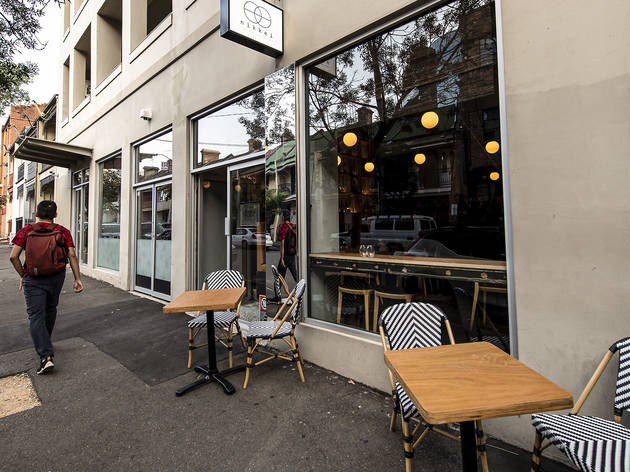 Combining two red-hot cuisines is no sweat for Nikkei, the Surry Hills restaurant putting Peruvian-Japanese food on the map

When you catch a chef dancing to salsa music with a sharp knife in hand, you know you’re in for a good night. He’s busy slicing swordfish for ceviche, swaying his hips to a percussive Peruvian playlist and smiling from ear to ear. It makes sense – Nikkei, the fourth restaurant from the team behind hip Japanese hangouts Tokyo Bird and Osaka Trading Co, is a whole lot of fun. Expect surprising flavour combos (yuzu chimichurri! Sake-spiked dulce de leche!), striking composition and a playful approach to Peruvian and Japanese cuisine.

Sydneysiders are no strangers to fusion food. We don’t think twice about ordering the cheeseburger spring rolls at Ms G’s or Café Paci's dumplings in XO sauce made from trout. Nikkei cuisine, though? That’s something we haven’t seen before. A byproduct of Japanese immigration to Peru in the 19th century, Nikkei mixes Japanese precision, simplicity and umami with regional South American ingredients like seafood, tubers and chillies. The result has become a genre in its own right – putting Peru’s capital, Lima, on the map as a major dining destination and inspiring restaurants all over the world, including the legendary Nobu.

Kick off your night on Commonwealth Street with a cocktail. The drinks menu celebrates Peru’s liquor of choice: grape-based pisco. Dive deeper than the classic Pisco Sour with a fizzy Chilcano, made with thyme, honey and tongue-tingling ginger. It’s a natural match for something snacky like the sweet-potato and taro crisps with smoky aji panca chilli mayonnaise. Save a couple of chippies for the tuna tartare causa, a layered adventure of diced tuna, avocado, purple potato and crisp fried leeks, ready for scooping. Back it up with a couple of moreish papas rellenas, the panko-rolled potato and chicken croquettes served with lightly spiced Japanese curry sauce. Just try to stop at one.

If the entrées are an introductory course in Nikkei cuisine, the mains are more of a PhD, showcasing intense, complex flavours and technique. Don’t let a smear of roasted banana underneath chargrilled calamari and fried egg throw you. It’s a restaurant signature, and smartly ties sweet and salty elements together on the plate. Other substantial dishes are less of a mental hurdle; the beef short-rib is tender enough to cut with a spoon and served with an umami bomb of miso-garlic sauce while a chargrilled snapper hangs out in paprika-laden broth. Both benefit from the addition of a veggie side, like the sweet roast pumpkin and eggplant topped with yuzu chimichurri – a flavour match made in heaven.

Aside from the long open kitchen, there’s hardly a trace of tapas heavyweights, Bodega, who used to occupy the space; the bright murals have been replaced by woven tapestries and an alpaca statue stands where pintxos plates were once stacked. On a busy Saturday night, the generously sized dining room – decked out in light wood and concrete – buzzes with clinking glasses of frothy cocktails and stories swapped over Hokkaido scallops. In the swing of the weekend rush, service can sway in the direction of chaos over calm. So much so, in fact, you might be asked to enjoy your dessert at Tokyo Bird down the road to make room for the next reservation.

The best fusion food doesn’t feel like fusion at all. Nikkei’s Peruvian-Japanese synergy is intuitive, engaging and mighty enjoyable – like a Greatest Hits compilation of two timeless cuisines. There’s a saying in South America, "Nikkei is Peru." But with this vibrant addition to the Surry Hills dining scene, it feels like Nikkei could be Sydney, too.