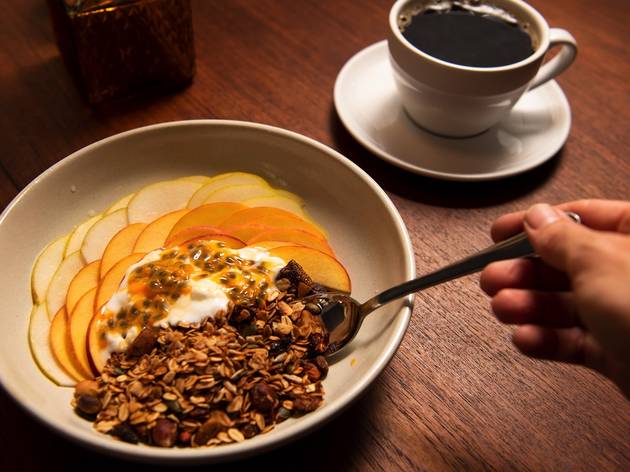 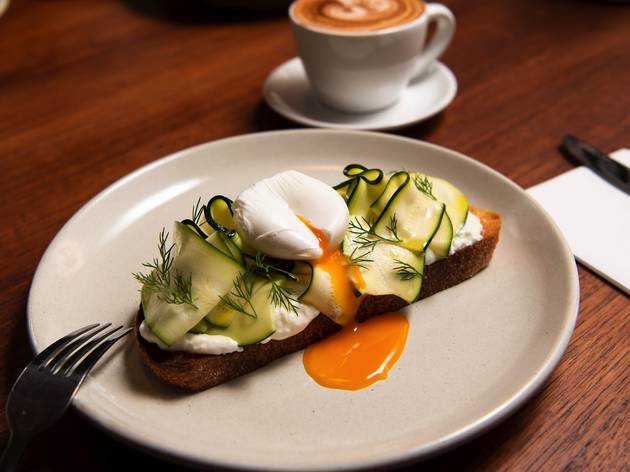 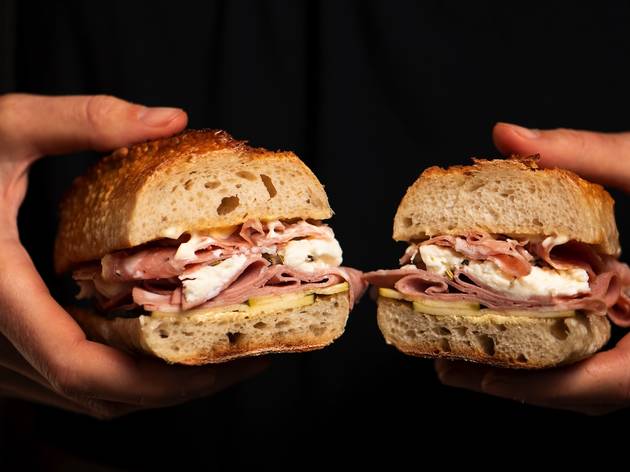 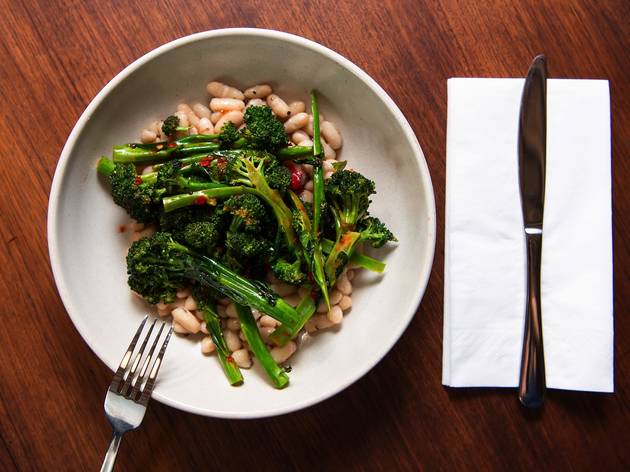 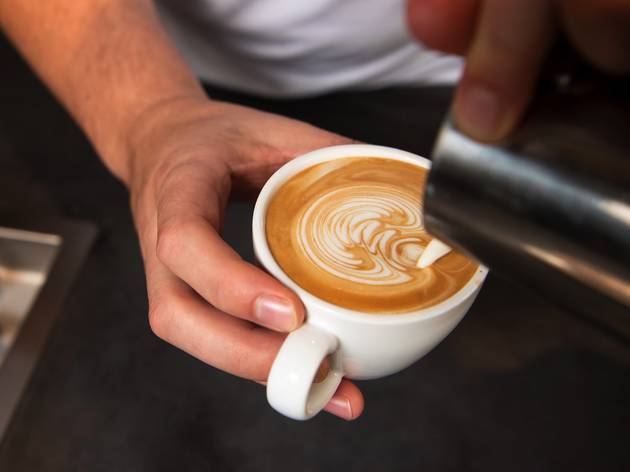 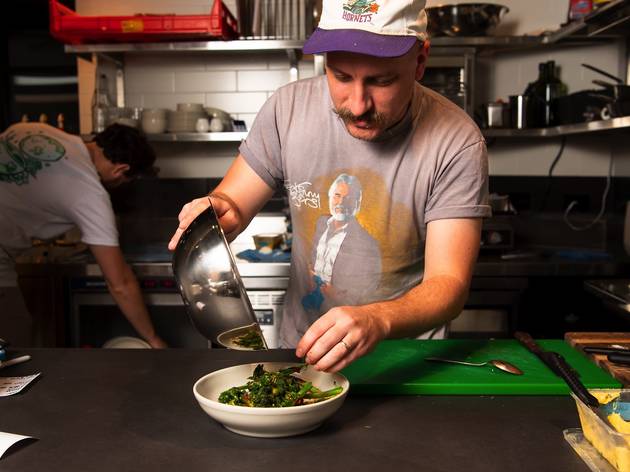 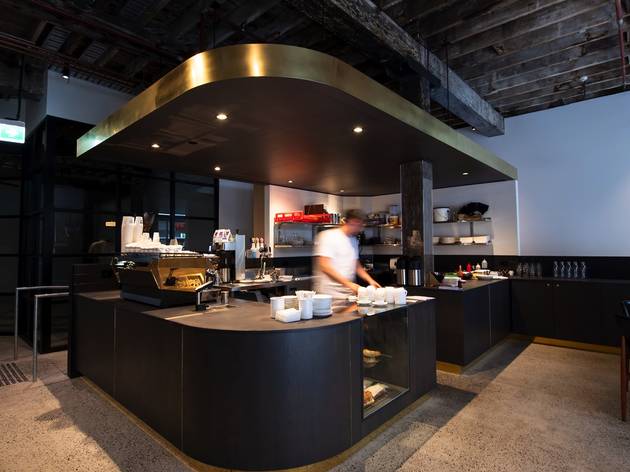 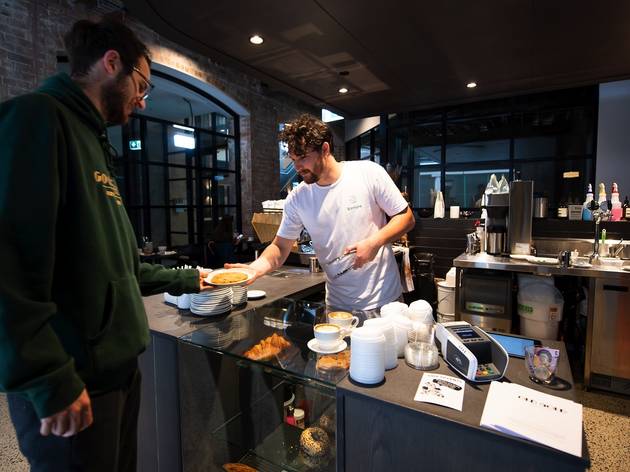 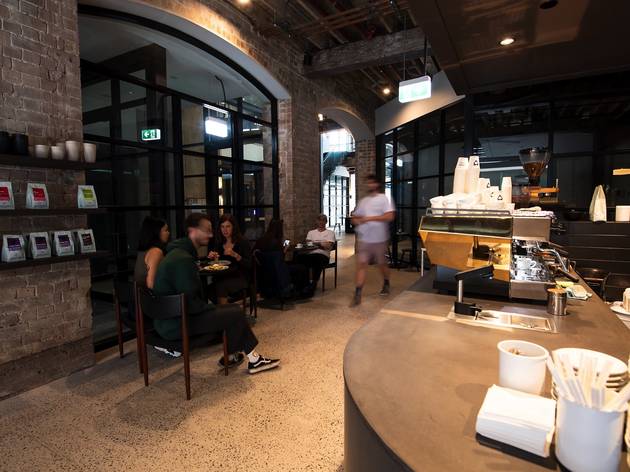 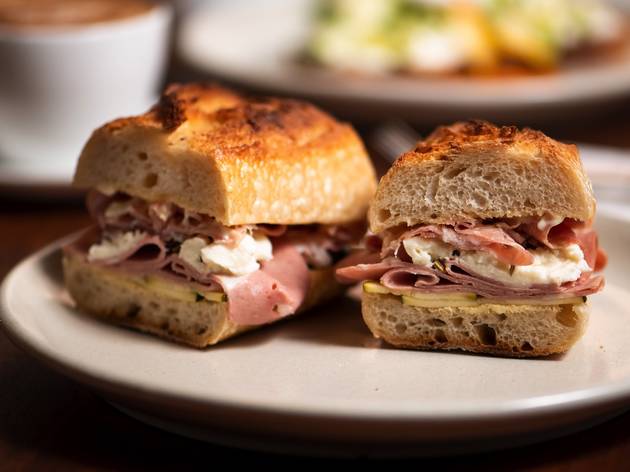 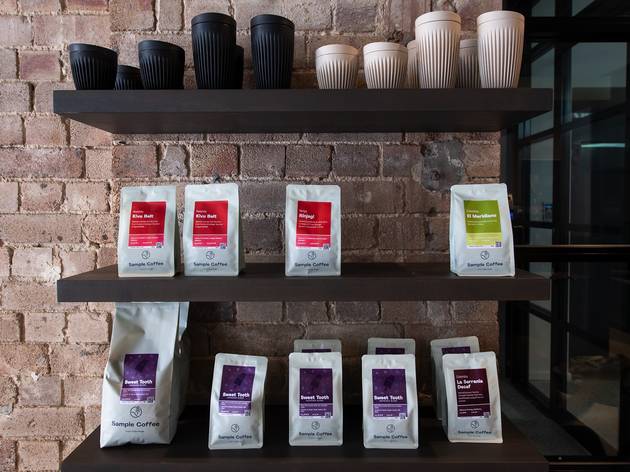 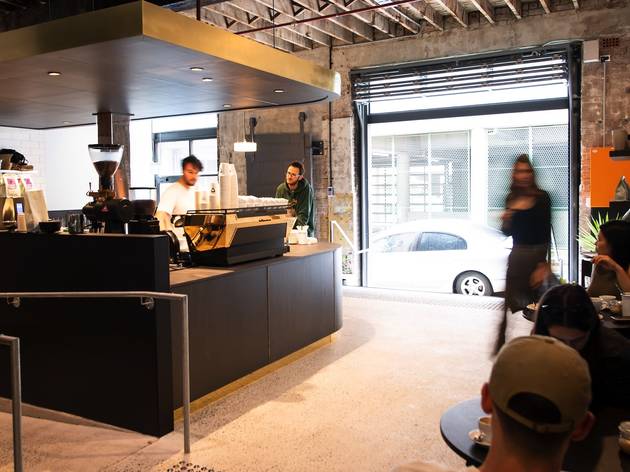 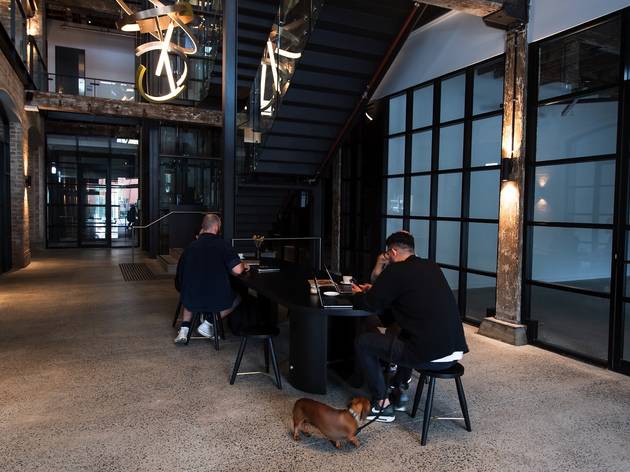 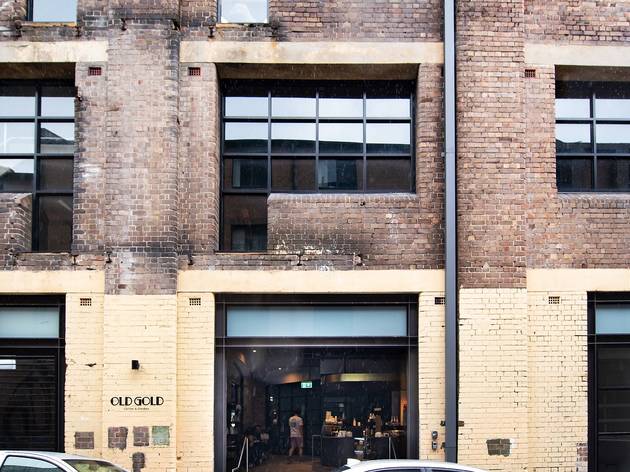 Sydney’s no mining town, but that doesn’t mean you can’t strike gold. Early rising for a pre-work swim? Score. A three-for-five-dollars deal on avocados at Harris Farm? Hello! Finding a café in an old chocolate factory with coffee from local roasting royalty? Jackpot.

Old Gold, the third outpost from Sample Coffee, is tucked inside the cavernous space once used as a distribution centre for MacRobertson’s Confectionary – the OG creators of Cherry Ripe, Freddo Frogs and of course, Old Gold. You won’t find the ghost of chocolatiers-past here though, just inner-city employees ordering coffee as black as their Comme De Garçons tees.

The compact kitchen is led by long-time Sample friend and collaborator, Graeme Alexander (ex-Little Lord and Two Chaps). His menu is uncomplicated – granola, bagels, toasts – but he keeps a few tricks up his tattooed sleeve. Like an earthy beetroot smash on sourdough, spiked with jalapeño heat and crowned with creamy dill-and-caper ricotta. He sprinkles the lot with a clever vegetarian version of bottarga: an equally salty and satisfying cured egg yolk. The roast broccolini and cannellini salad seems simple, too – until you hit the house-fermented chilli.

Gold-digger or not, you’ll gravitate towards the gleam of an amber-coated La Marzocco machine. It’s the centrepiece in the high-ceilinged space with concrete floors and raw brick walls. Minimal furnishings place the focus on top-of-the-line espresso gear instead. You’d expect nothing less from Sample owner Reuben Mardan, whose beans are favoured by some of the biggest names in the business: Cornersmith, Sixpenny and Fleetwood Macchiato. Sample’s almost-tropical Ethiopian Yukro bean is on heavy rotation, along with the dark and buttery Sweet Tooth blend for milk-based coffees, first developed for Flour & Stone.

Beside a lemony zucchini bruschetta and heavy-lifting Russian potato salad, one meaty sandwich stands out on the menu. Wedged between two slices of crusty Thoroughbread baguette, it’s layered with rustic salami, mortadella (“the most underrated meat in the world,” says Alexander) and creamy bulbs of bocconcini. Despite the combo’s winning formula, Old Gold intends to stay mostly vegetarian. It’s indicative of Mardan’s desire to eat simply, with a seasonal menu guided by produce delivered daily by sustainable grower, Shane at the Vege Box.

There’s a lot to experience in Chippendale these days; eye-watering art at White Rabbit Gallery, a luxe rooftop pool at the Old Clare Hotel and black-as-night squid ink noodles at Ester up the road. With all-star neighbours, it’d be easy to skip the subtle spot on Danger Street. But you shouldn't – a café with virtuous ambitions, exotic coffee blends and a very good grilled cheese toastie is worth its weight in gold.