Living in San Francisco has its advantages, but owning a car is definitely not one of them. With a seven-by-seven-mile radius and an increasingly dense population, there are quite a few challenges to driving around the streets of the city. Here are 17 things only those who own cars in SF will understand.

1. Street cleaning is the worst thing ever invented.

2. The hills are as intimidating as they look, but you’ve become a professional at two-foot driving.

3. The ability to find street parking is rare. So rare, in fact, that you’ve begun to accept spending 30 minutes circling around for a spot.

4. You feel a sense of defeat when you have to settle for a spot with a parking meter. And you're even more defeated when you realize there’s a two-hour parking maximum.

5. You know to avoid driving in downtown and SOMA at all costs.

6. The Bay Bridge has often been called a parking lot, and the traffic helps it lives up to that nickname.

7. Parking tickets are inevitable. You might as well let SFMTA take a monthly stipend out of your paycheck.

8. Left turns are pretty much non-existent, but one-way streets are plentiful.

9. Paying $30 a day for parking has started to sound normal.

10. Getting stuck behind Muni is the bane of your existence.

11. You’ve become really, really good at driving in the fog.

15. Backing up against traffic to nab a parking spot is an asshole move... but often necessary.

16. If you have a parking spot or garage, you might as well have found the Holy Grail.

17. You know that San Francisco is one of the worst cities for drivers, but you’re not getting rid of your car anytime soon. 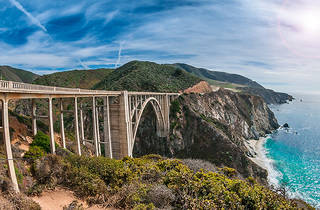 Amy has called San Francisco her home for six years. Currently, she's trying to navigate her mid-20s one Mission burrito and craft beer at a time.