The 12 best breweries in Seattle for cold craft beer

Seattle may be best known for coffee, but craft beer is the drink of choice at these breweries in Seattle

We get it, when you think of Seattle, you think of coffee. But a recent craft beer movement in the Pacific Northwest, spearheaded by the brew nerds and accidental chemists of Seattle, is giving coffee a run for its money as Seattle's preferred beverage. With 174 breweries counted last year alone, the city holds the most beer-makers in the country, which also makes it awfully hard to choose which ones are worth checking out as part of the best things to do in Seattle. Our list of the best breweries in Seattle includes small-batch brewers and large productions with solid line-ups of IPAs, stouts, sours and more. And if you need sustenance, check out our list of the best restaurants in Seattle or the best breakfast in Seattle, too.

RECOMMENDED: The best bars in Seattle 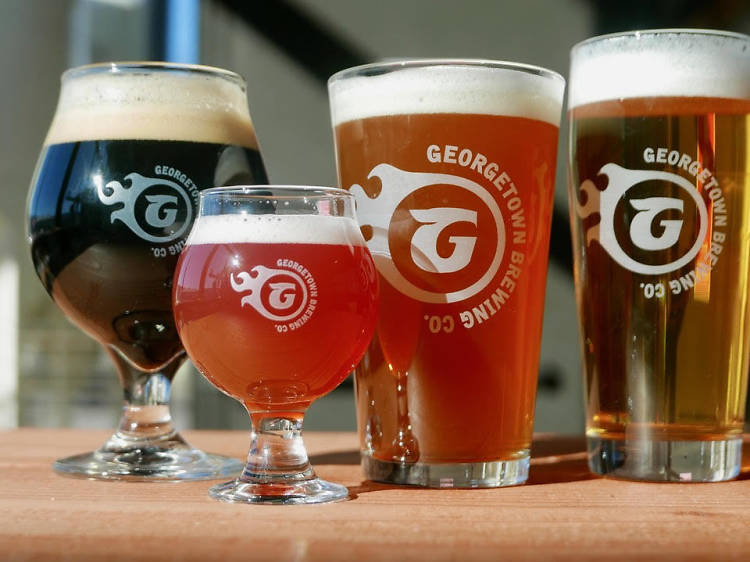 Tucked in the industrial neighborhood of Georgetown, the eponymous brewery is best known for its beloved flagship beer, Manny’s pale ale, a crisp, clean and smooth brew with hints of citrus and fruit. In addition to being their top seller, it’s available in over 900 bars and restaurants in the Seattle area. But Manny's isn't the only good beer in Georgetown's repertoire—check out the entire catalog for hoppy delights, easy-drinking low-alcohol beers and specialty brews. 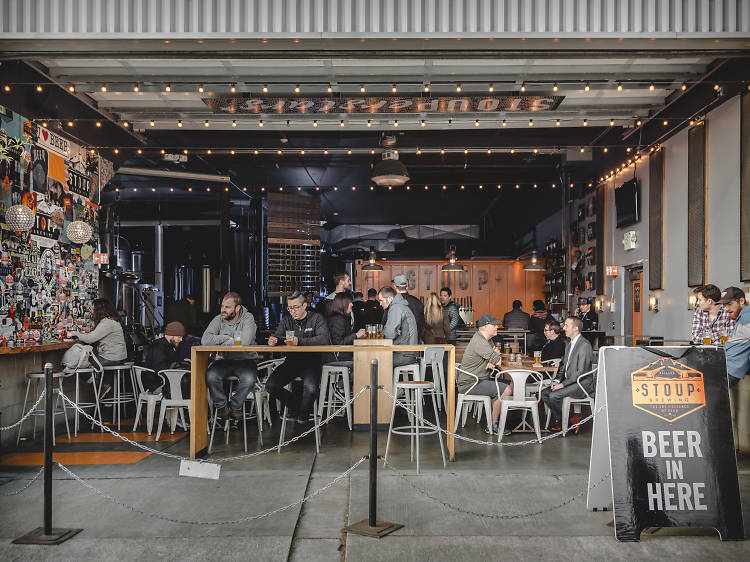 Stoup’s beers are always perfectly balanced due to the thoughtful contribution of certified Cicerone Robyn Schumacher. The bustling and dog-friendly taproom offers a quintessential brewery experience with murals and stickers covering the walls and garage doors that open to an outdoor beer garden. Try the award-winning robust porter and the sour Berliner Weisse with a shot of flavored syrup. 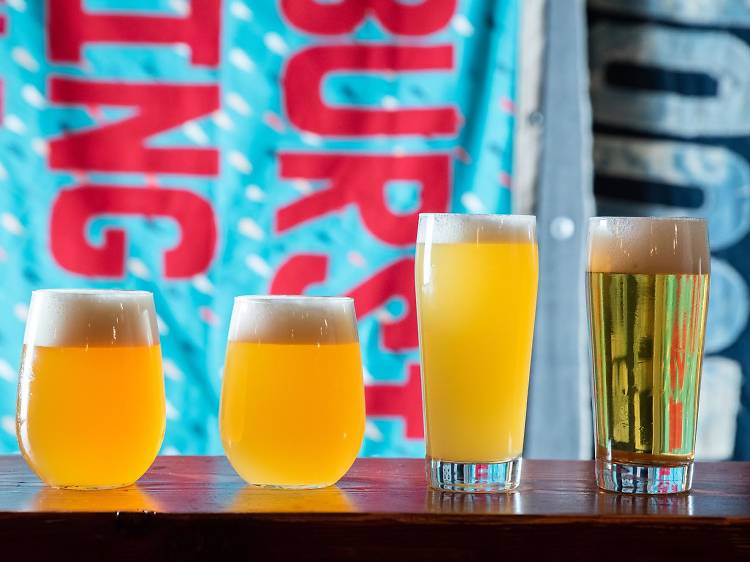 Housed in a former bike shop, this brewery is helmed by a former Elysian brewer who focuses on experimental, small-batch beers inspired by seasonal ingredients often sourced from Pike Place Market down the street. In a departure from the traditional flavors you’d typically find on tap, Cloudburst is all about fun and innovation. Think: Oatmeal brown ale tinged with toasted coconut, or nitro milk stout that’s cured for extra flavor. Even the names are fun like the EEE! IPA created with four different kinds of hops that all begin with "E" or the "bastardized" German pilsner called Happy Little Clouds.

The emphasis here is on brewery rather than brewpub. The family-owned brand adds a modern spin to traditional styles with a selection of light to dark beers. While they don’t necessarily have a specialty, they make a wide range of brews with playful names like Don’t Boo, Afraid of the Dark, Unicorn, and Vote. Optimism also hosts a number of notable food trucks at the industrial chic space, or you can bring your own food. 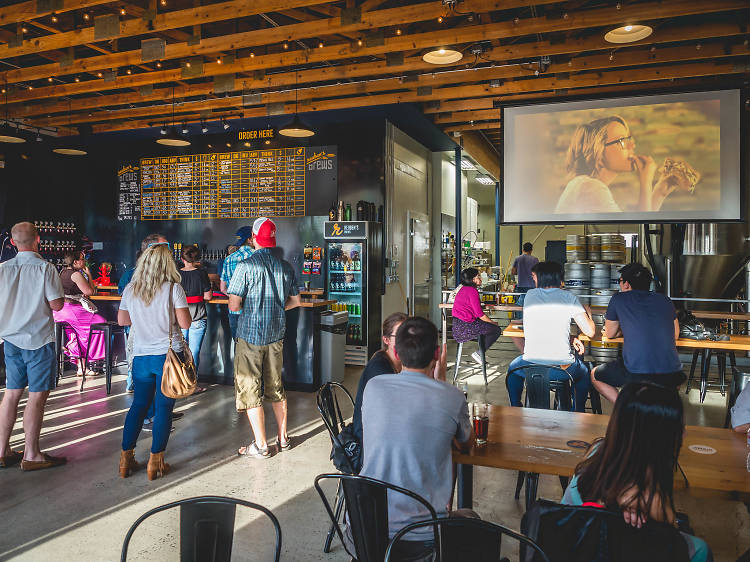 Regarded as one of the best producers in the area, Reuben’s Brews began as a home-brewing operation just a few years back. As they expanded, so has their range with a vast array of styles unique to their brewery including over 20 beers on tap. Order a sampler flight to discover your favorites. 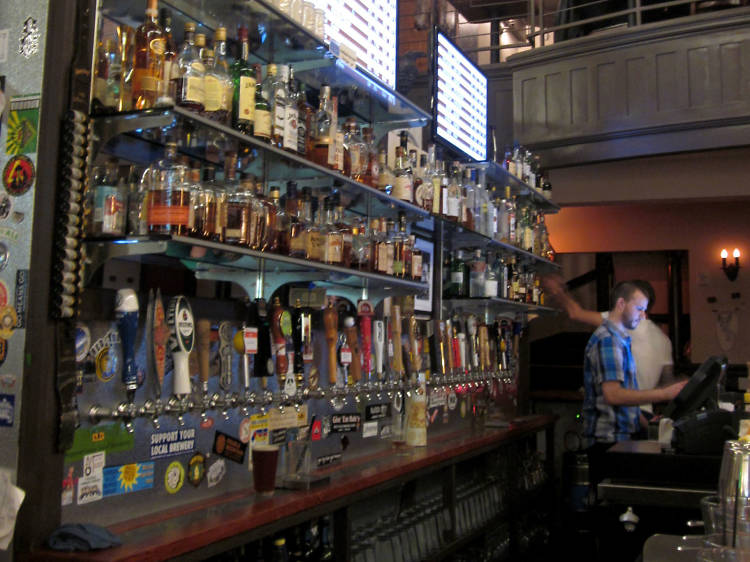 While The Pine Box opened in 2012, the colonial-style building its housed in has been around since 1923. Underneath the vaulted ceilings and leaded glass windows, is a premiere craft beer destination with 33 rotating taps sourced both locally and from around the world. Equally tempting is their seasonally rotating fare prepared in their woodstone oven with locally-sourced ingredients.

What began inside of a garage in an alley, is now a local favorite near the Queen Anne side of the Ballard Bridge. Rooftop’s fans have followed the brewery to the larger space with an outdoor patio. Get the Mosaic Single Hop IPA or Makeda Coffee Porter. For true ale fans, pop over on a Friday when they tap a one-off firkin cask. 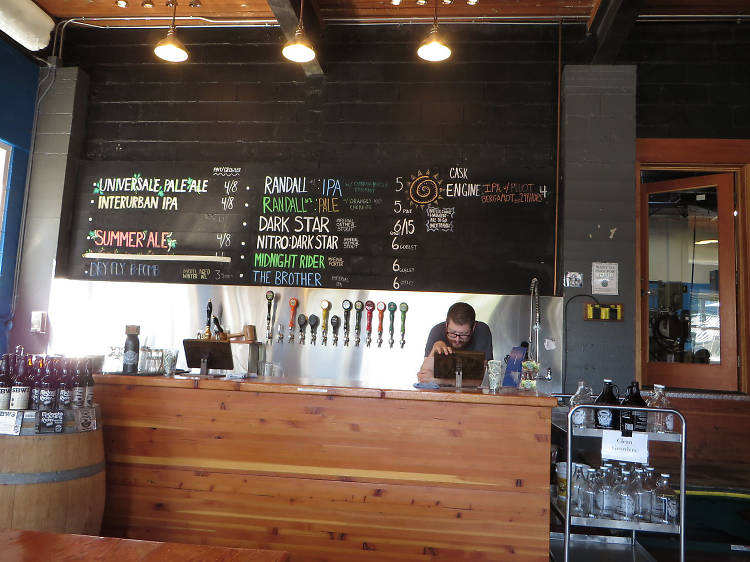 This popular Fremont brewery can get crowded, but for good reason. Since its founding in 2009, the company has grown quickly, increasing space and production simultaneously. All around the city, one can find cans of Summer Ale and Interurban IPA. You'll also find sours and barrel-aged sips at the brewery, which can be enjoyed on their spacious patio. Or sneak into the taproom, aka the Blue Heron Lounge, which focuses on heritage grains and unique techniques.

Even the more hardcore beer aficionados will find something to suit their tastes at Holy Mountain, from pale ales to sours to difficult-to-find Old World styles. The menu changes constantly with no flagship beer, so you’ll never tire of the options, and it’s how Holy Mountain remains one of the most interesting breweries in the area.

Since opening in 1997, Elliot Bay has established itself as a Seattle gem, touting the title of best brewpub last year awarded by Seattle Magazine. Swathed in aged oak, the space is teeming with character, and well known for its signature ales. While they’re based in tradition, they also offer contemporary fare like ahi tacos. Don’t miss the crack sauce made from chipotle aioli for dunking herb-seasoned fries. 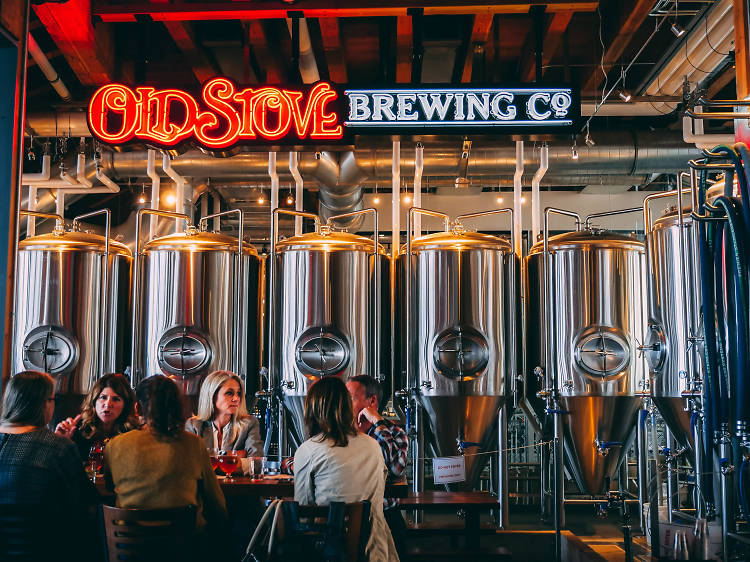 If you’re at Pike Place Market, stop into Old Stove Brewing to experience this marketfront brewery and restaurant. Old Stove offers 24 taps of craft beer made on site as well as local cider, wine, and a full bar. Pair it with tasty, season eats made with local ingredients. Plus, you can’t beat the views from the 80-foot walls of windows opening up on Elliot Bay and the Olympic Mountains. 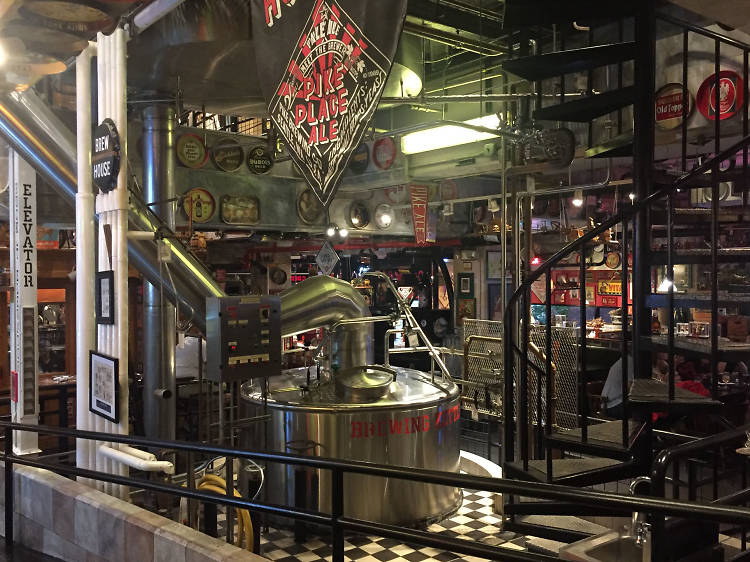 This brewery has been making beer since before craft beer was a thing (since 1989). From traditional English styles to contemporary American selections, Pike Brewing offers an eclectic range of brews with an emphasis on sustainability and local sourcing. Find everything from a seasonal release to a trusty standard like Kilt Lifter Scotch ale. Near Pike Place Market, they’ve also recently also added a trendy new restaurant to their repertoire called Tankard and Tun.

Discover more things to do in Seattle

The 20 best things to do in Seattle

From coffee classes in the land of Starbucks (and tasty independents) to browsing indie wares in one of the city's quirkiest nabes, Seattle is a place like no other.