Interview: Marshall Bang comes out with a bang!

In 2012, Korean-American from L.A and aspiring musician, Marshall Bang got a call from “MBC Star Audition – The Next Big Thing 3” to get a flight within the next 24 hours for the opportunity of a lifetime. He talks to us about coming out to his mega church pastor mother, his first pride parade and trying to make it as a singer while holding on to his identity. Before I start with the questions, he tells me a friend who’s “out” but not “out out”.

She’s not out with her parents but when she’s abroad, she’s out to everyone and everyone knows.

No, I’m out out now. Fuck it. I’m out! My brother was telling me, “we were having a discussion about homosexuality and church and I was wondering if its okay I told them you were gay”. And I said yes. And he’s like “great, because I already did!” (Laughs.)

Have you been dating?

People are going to be like “yeah, right” but I’m still a virgin. (You can put this in there.) But I really am! My dating life is non-existent BUT I'm looking and open to dating... Any takers? Because I don't wanna be 30 and never have dated... Unless I join a celibate monastery. Which I'm sure would be something my parents would be delighted about. (Laughs).

Are you out with your parents?

Well, I came out to my brothers first (in 2012) and they reassured me because they said they would love me no matter what. I wanted to be clear with my mother (who I knew would tell my father) that I was going to put myself out in the dating pool. This was a little more difficult, especially because I’m not that great in Korean. I said “Umma, I like boys. (엄마… 나…남자… 좋아해…) Even when I was younger, I always liked boys.” I thought that they got it until we were skyping one time and we got into an argument talking about getting a Korean wife and having two kids.

I visited recently and actually my mom brought it up because of my tattoos. She said “the tattoos on your calves! Everyone can see them! You keep telling me you’re gay, gay, gay… It must be the tattoos!” I started talking about my experience and how I tried to pray the gay away… And my mom was really quiet, she seemed to be listening. She was like “I knew you were different. I didn’t know what that was at the time and it was the 80s, and that stuff wasn’t even in the realm of my existence.” She didn’t necessarily say it’s okay or no, it’s not okay. [Marshall explains the conversation is on-going.]

It must have been really hard for you. What was that process like?

I had my own seven year journey I had to go through. I had to tell somebody and I had read so many different things on the subject and how it related to my faith and at that point, I came to an understanding that God would love me no matter what.

Are you a Christian still?

I am a Jesus follower and it was really hard for me to find a church here. But I go to Seoul International Baptist Church and everyone was so welcoming even though we had tattoos and dyed hair. It was really refreshing after being so disillusioned and disappointed by other places.

What part do you think Seoul has played in solidifying your identity?

I think the fact that I couldn’t be out completely gave me even more of the fuel to eventually come out. There were times while I was on the show and I wanted to say it, but I didn’t want my parents to die, you know? There was always a part of me that wanted to tear everything off and shout “I’m gay!”

You just attended your first pride. How was that?

There are so many points within the past year that have helped me. Marriage equality in the US is definitely one of them. The movie Imitation Game. This year’s pride was in-fucking-credible. I literally did not expect so many people to come out. Granted everyone saw the crazy people and once you passed through the scary protests, you were just enveloped in love and the color and beauty of everyone. And I’m just so thankful that it happened despite all the roadblocks.

Are you ever afraid for what it’ll do for your career?

My former manager told me it was pretty much social suicide to officially come out. He told me to be successful first and come out later. He wanted me to be this buff-macho dude who would be a fantasy for men and women. But it all seemed so inauthentic. I know it’s so cliché, but I’m just going to do me.

Here's Marshall Bang with Lydia Paek in their cover of Ariana Grande's "Love Me Harder." 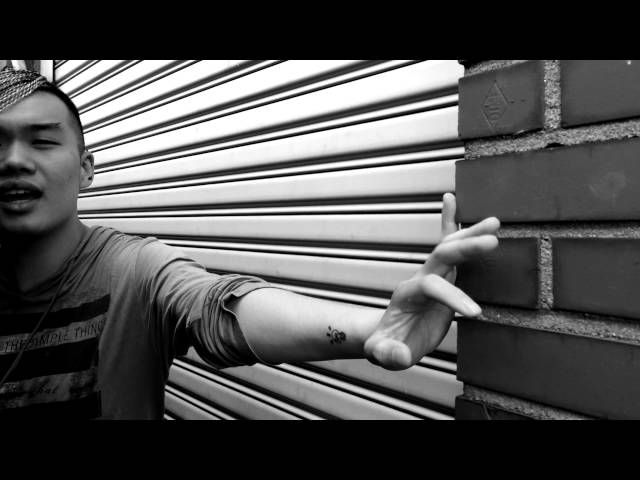