Bow Down...To the most fabulous and fierce drag queen in Seoul.

Thursday October 29 2015
FacebookTwitterPinterestEmailWhatsApp
Advertising
Drag queen and DJ, Kuciia Diamant, who took over the Meet Market a year ago is one of the hottest and fiercest queens in Seoul. Kuciia’s been blowing up the growing drag scene here over the past few years (and had a particularly knock-out performance at Seoul Pride 2015). But, being a queen is about more than just getting up on stage looking fierce—it takes a lot of hard work, perseverance and even courage in a society that can be both intolerant and ignorant when it comes to drag queens (and LGBTQ-ers). 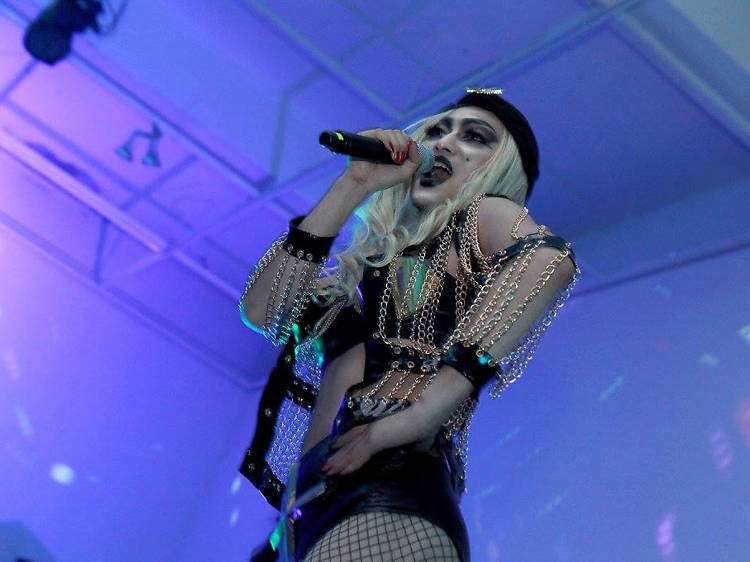 ok, before we go any further, let’s clear up some of the misconceptions that people have about drag queens. What are some of the biggest stereotypes out there?
The biggest stereotype is that people assume that all drag queens
want to change their sex. Not only are there are manly drag queens, but there are also feminine queens. Being in drag doesn’t mean you want to change who you are.
so, first, just some basics: When did you get started as a drag queen and DJ and who inspired you to become a drag queen?
Right after I was discharged from the army, I moved to Itaewon and worked at a club. I got to meet this professional drag queen friend who inspired me a lot as a performer. Seeing her on stage being applauded for and being shown so much love made me want to be a part of this culture. I started doing drag four years ago
and as I was also learning to DJ, I got the chance to DJ for my own
party. As far as I know, I’m the first drag queen-DJ in Korea, but there are a lot of drag queens out there all over the country.
How would you describe the drag community in seoul?
The drag community is still small, but it’s starting to grow little by little. There are more performers working at various clubs than when I started, but I don’t think they are fully accepted as members of society. However, I’ve seen some drag queens in the mainstream media and hopefully people get more opportunities to see how diverse society truly is.
Are people mainly positive/supportive of you as a drag queen here in seoul? How do you deal with the harassment that can come from others?
All of my friends are very supportive and it’s wonderful to get a lot of positive messages through SNS from people I’ve never met. I feel so lucky to have been allowed to work with so many talented and supportive people. They give me amazing advice on how to improve my performances. And especially one friend of mine, who is in the fashion industry, has helped me make costumes for the queer festival and given me critical feedback so that I practice way
harder. I’m very fortunate to be around supportive friends every time I get catcalled or harassed. Because before I make a scene, they always stand up for me and protect me from violence. I’m very grateful, but at the same time, it hurts to see my friends getting into trouble. 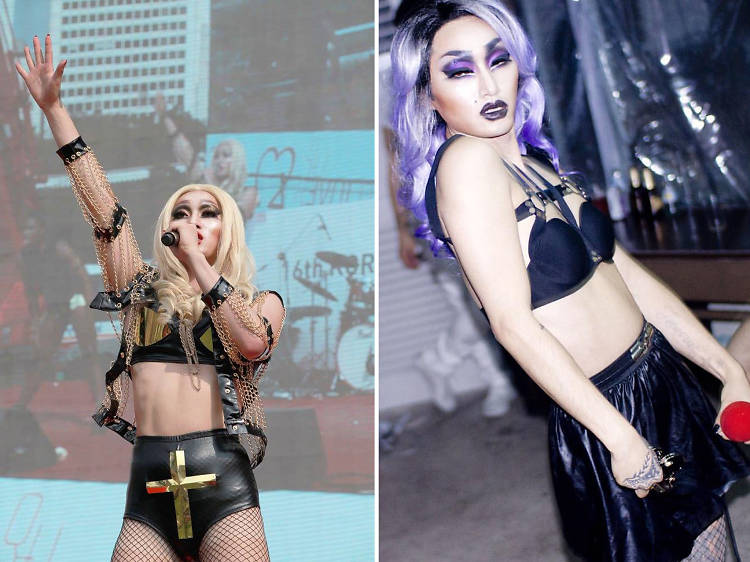 You mentioned to me earlier that seoul Pride 2105 was one of the highlights of your career. What was the experience, which saw the largest turnout ever (est. 20,000-30,000 in attendance) along with an immense amount of animosity from far right hate groups, like for you?
First of all, I was very honored to be a part of such a big event. Not only it was my first outdoor performance, but there were also a
lot of protesters screaming behind the stage and I had to walk though them. But as I walked up on stage and saw the audience, the only thing I thought about was that there are thousands of people shouting out to me. It was a true “love wins” moment.
What are some things you wish people knew in terms of what it takes to be a successful drag queen?
I had to practice literally every day for my previous performances. I wanted to be more than just a drag queen and so I had to work harder than ever before and spend a lot of money. And most importantly, I had to first find my own identity. Even now, it’s hard to create different types of costumes and performances every single time and I worry about making a mistake on stage. The audience always tends to see new things and they’ll forget you unless you satisfy them. On the other hand, the best moment is being on stage and seeing the audience singing and dancing along.
Do you ever want to give up? What keeps you going?
Of course, there was a moment when I wanted to give up. I had to choose between work and love. But, if I’d chosen love, I wouldn’t
have been able to walk where I’ve walked. I’m so glad that I’ve chosen work, because every time I get a message from young drag queens or kings, I feel very responsible and it makes me eager to work harder.
And finally, what are three things people should never say to a drag queen and what are three things they should say?
Never say: “Bro” “Are you a transgender?” “Can I touch your hair?” Do say: “Queen” “Love your outfit!” “Fierce!”
(facebook.com/TheKuciiaDiamant). Instagram @Kuciia
Show more