I moved to Seoul from Jeolla Province to attend an art school when I was 26. Staying between relatives’ homes, goshiwons and tiny studio apartments, my time in Seoul wasn’t all that worthwhile. At one point, when I was feeling like I was wasting my time away, I met someone on a dating app. We watched a movie, drank a bit and spent the weekend at his place. That was exactly three years ago. We are quite an unusual pair—not only is he a researcher for one of the largest electronics companies, he is also 19 years older than me. Ever since that first weekend, we’ve been living together at his  apartment. There was no formal invitation or anything, it just happened naturally. My parents think that we’re just roommates, though, and that he's an upperclassman at my school. When we meet new neighbors, we just tell them we're an uncle and a nephew to each other. Some of the vendors at the market assume that we're father and son. I notice my partner's awkwardness whenever we go to the market together, but I personally don’t care about what other people think. Although we're overs, we indeed are like father and
son, as well as best friends, and each other’s only true family. – Hwang In-seong 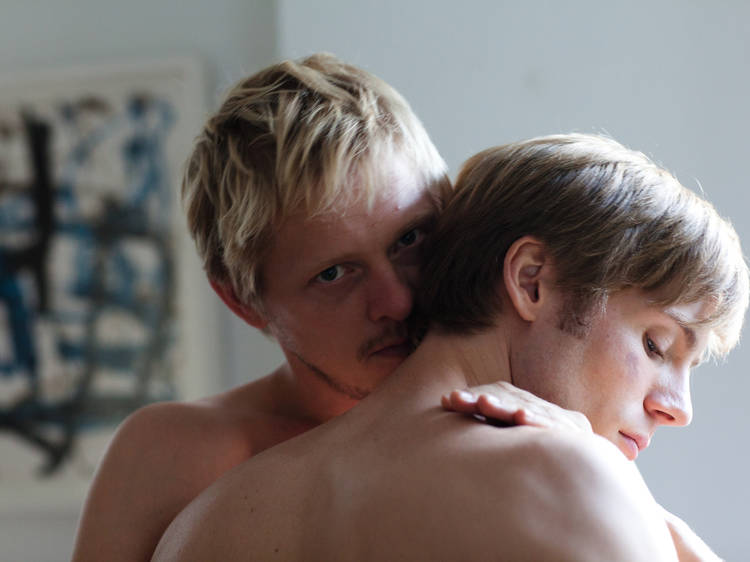 My boyfriend and I are both 24 years old. I study cosmetics, and he’s serving in the military as a public service agent. We met when we were 19 at a drinking meet-up in Jongno where everyone was meeting one another for the first time. It was love at first sight for both of us, and we became “official” on the same day. While that made me the happiest I'd been in my life, I felt as heartbroken as could be every time I had to say goodbye to him after our dates. So, we decided to move in together as soon as we turned 20. We were both a little worried about the possible obstacles that might be involved in the process, but everything was as smooth as it could be. Both of our parents felt relieved to hear that their son wasn’t going to live alone but with a “roommate friend,” and as we split the security deposit and monthly rent there wasn't much of a financial burden for either of us. We found a twobedroom apartment in Bogwangdong, and ended up living in the same area for a long time. There were two or three times when we broke up, but even during those times, we were living in the same house (as real “roommate friends,” that is). However, I don't remember those times lasting that long, as we still ate together, slept under the same roof and did our own things. Eventually, we would go back to being lovers all over again with neither of us realizing. Of course, we have our little arguments from time to time about chores and things, but I always go back to thinking that there's nothing I wouldn't do for him. We have been living together for four years. Soon, I'll be starting my two-year military service. It's unfortunate that we have to be apart from each other for a while, but I don't worry about us. I think that this sense of certainty that I have about our relationship is from all of the ups and downs we've been through while living together—the trust between us is undeniable because we’ve shared so much of our lives. – Anonymous
Advertising

Letting each other grow

I first got to know K on a personal blog of an acquaintance. Our first date was at Myeondong Cathedral, and (in my hazy memory) our relationship  started with a 30-minute kiss in his studio later that night. We quickly moved in together, and lived together for 10 years.We had frequent  fights, as my partner enjoyed drinking and going out while I preferred spending time at home with him. Then came the day I had to start serving in the military. It was difficult to be apart, yeah. But, admittedly, it made us more passionate than we’d ever been towards each other—we were probably the only couple exchanging that many letters in the 21st century. On our 10th anniversary, K decided to study aroad. It felt like a“contract break-up.” We had to take care of our housing contract and everything else that was a result of our shared life. Regardless, I’m happy he’s pursuing his dreams. Now our means of communication is via video calls, and the conversations we have can’t be more mundane. Weirdly enough, we’re in a good place—we feel as “safe” as we’ve ever been. – Kim Hyeon-u