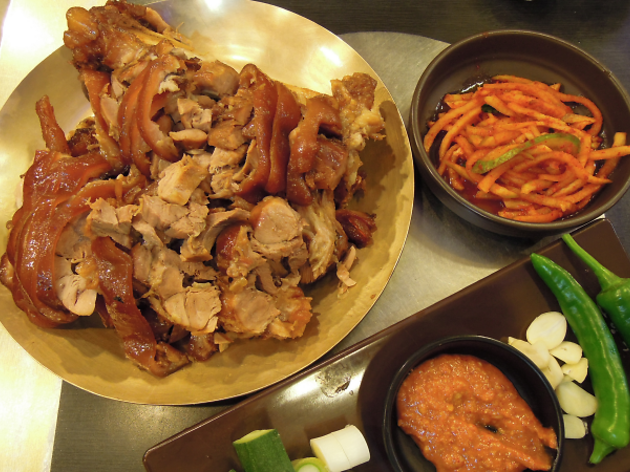 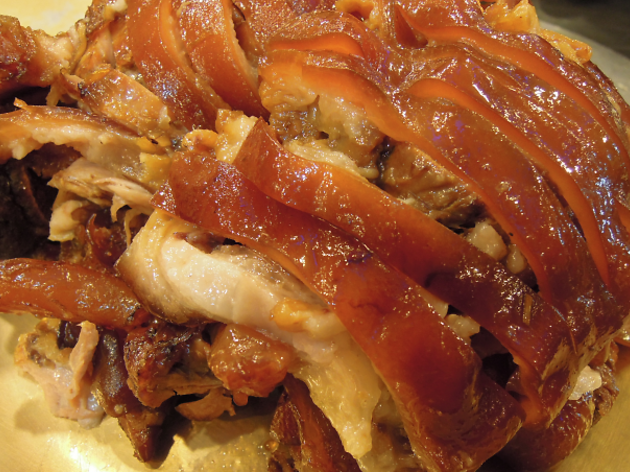 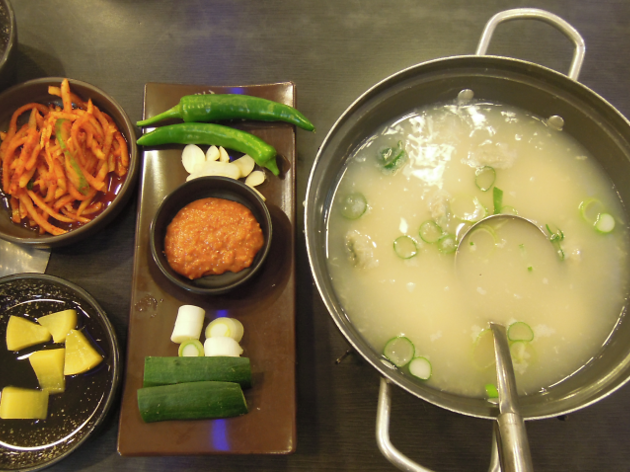 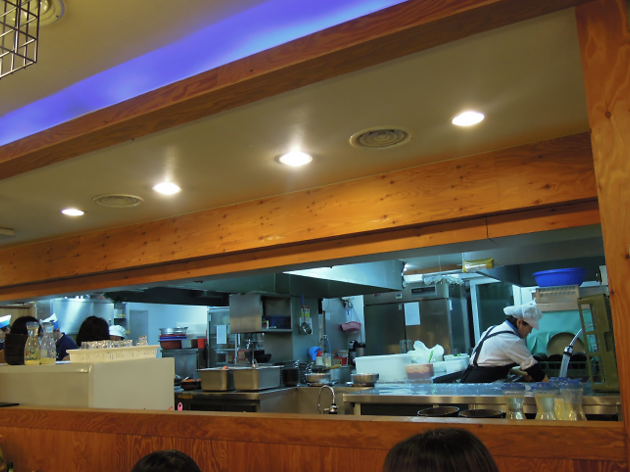 Coming out of exit 8 at City Hall Station, a small alley way will be filled with people. You may not have guessed, but the reason is in the plates ofjokbal, or pig's trotters cooked with soy sauce and (lots of) spices. Even before being labeled by Michelin Bib Gourmand Restaurant (which means quality food at an affordable price) in 2017, this place always attracted young and old crowds of Seoul.

The thing about pork, and jokbal especially, is that it can have a slight odor to it when it’s not cooked properly. It may not be as obvious when it’s served hot, but let it cool a bit and the odor could take over the whole dish. At Majok Ohyang Jokbal, however, you won’t have such a problem: scrumptious pieces of pig's trotters served in brilliant traditional brassware will be already cooled down. It’s not overly chewy, though, despite the lower temperature — it’s been cooked so perfectly, that it won’t take much effort to pull the meat off the trotter pieces with chopsticks. The almost caramelized skin has a slightly sticky texture, which is nice with the soft texture of the meat under it.  The pork is cooked until it gets soft, with 5 different types of spices: star anise, clove, dried orange peel, Chinese pepper and cinnamon. Blended in the layers of meat, the combination creates a distinctive earthy aroma which can be rather addictive. The side dumplings are closer to a Chinese style, with fillings made simply with meat, scallions and garlic.

There’s a rather humorous saying in Korean: “if the food is good, you just can’t get drunk.” Judging from all of the stumbling walks found on the street, it’s obviously far from truth, but the red-faced crowds at Majok Ohyang Jokbal seemed to be eating and drink the whole night away, at least. If you’re not in the mood for almost an old market-like atmosphere and noise, you can have the jokbal and dumplings for a takeaway.