Think you know all about North Korea?

An intro to fun facts and insight from the inside

Think you know all about North Korea? Here's a bit extra.

An intro to fun facts

Getting a hamburger is difficult, but not impossible in North Korea.

Think finding a good burger is hard in Seoul? Try to do so in North Korea where your only option is heading to Samtaesong (an American-style restaurant opened by a Singaporean company) in Pyongnang. English words stemming from America are banned here, so asking for a “burger” might not do the trick—you’ll have to ask for the “minced meat with bun” instead. As of 2014, the cheapest “burger” on the menu costs US$1.77. 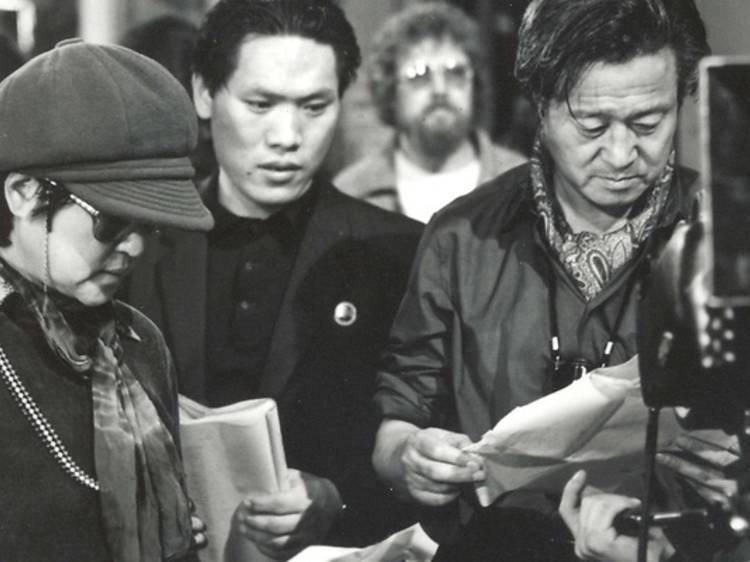 The story behind the kidnapped “Prince of Korean Cinema” is now a movie.

Noted as the “Prince of Korean Cinema,” late film director Shin Sang-ok is well known for his life as well as his films. Kidnapped by Kim Jong-il and reunited with actress (and ex-wife at the time) Choi Eun-hee, the director was given complete creative control and an unlimited budget by North Korea’s dictator, who acted as executive producer of these films, whilst, ironically, President Park Chung-hee had shut down his South Korean studio in the late 1970s. The story of the Shin and Choi’s remarriage, escape to Vienna and recorded conversations with Kim Jong-il were made popular in an episode of This American Life and a recent documentary entitled The Lovers and the Despot made its way into several film festivals, including Sundance and Berlinale. Magnolia Pictures, who recently bought the rights to the documentary, plans to do a theatrical release sometime this year.

North Korea has a love-hate relationship with K-pop.

2012 was a good year for K-pop with “Gangnam Style” becoming a global phenomenon, including in North Korea, despite it being viewed as South Korean propaganda there. According to reports by several refugees, there’s even a K-pop group the North Korean government likens to Girls Generation called, The Wang Je San Light Music Band, which formed back in 2012 (think girls in flashy purple costume twirling around to fast-paced trot). K-pop’s a popular smuggled good, and music’s illegally brought in via CDs and USB sticks. Oh, but when in North Korea and craving some propaganda K-pop, one shouldn’t forget the South Korean playlist of Apink, Big Bang, Lee Ae-ran and GFriend that’s broadcast over loudspeakers across the border from time to time. 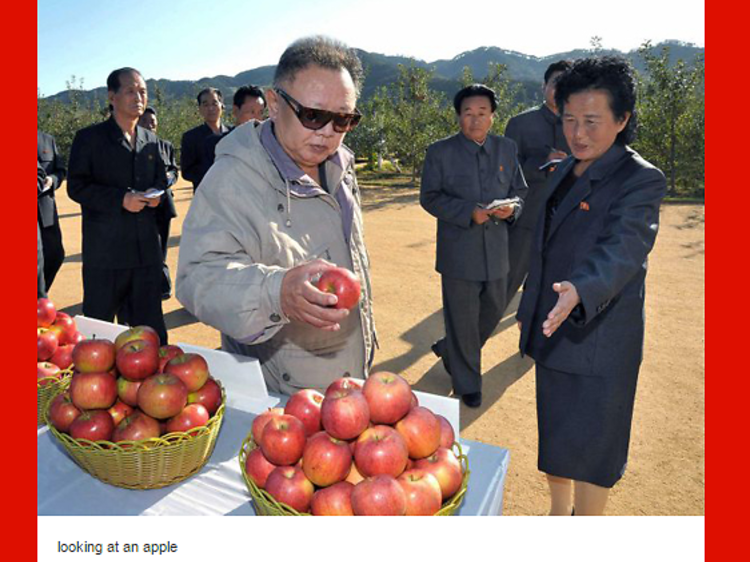 Apparently, we love to look at Kim Jong Il looking at things.

Portuguese art director João Rocha is probably best known for his collection of photographs first collected via Tumblr called Kim Jong Il Looking at Things. The title is quite straightforward as the captions are simply titled “looking at a juice box” or “looking at beauty products.” With a Facebook following of more than 58,000 followers, Rocha has gone beyond social media and put his name in print by serving as the editor of the published version of Kim Jong-il Looking at Things back in 2014. The Kim Jong Il Tumblr has been inactive for the past three years. A successor Tumblr, Jong Un Looking at Things, which imitates its predecessor, continues to be frequently updated.

Time Out: How did you feel when Kim Jong-il passed away? (Any sadness?)

Joao: The biggest feeling I had when he passed away was relief, oddly enough. By then the blog was closing in on two years old, if I remember correctly, and my heart just wasn't in it anymore. I was ready to move on, to do other things, but at the same time I liked that people seemed to enjoy it and I didn't want to disappoint anyone. When he died, suddenly the blog had an expiration date. Eventually there would be no more photos of Kim Jong-il looking at things and I would be done. [It] Took me almost another year to exhaust all my photo archive, but after that I was happy. 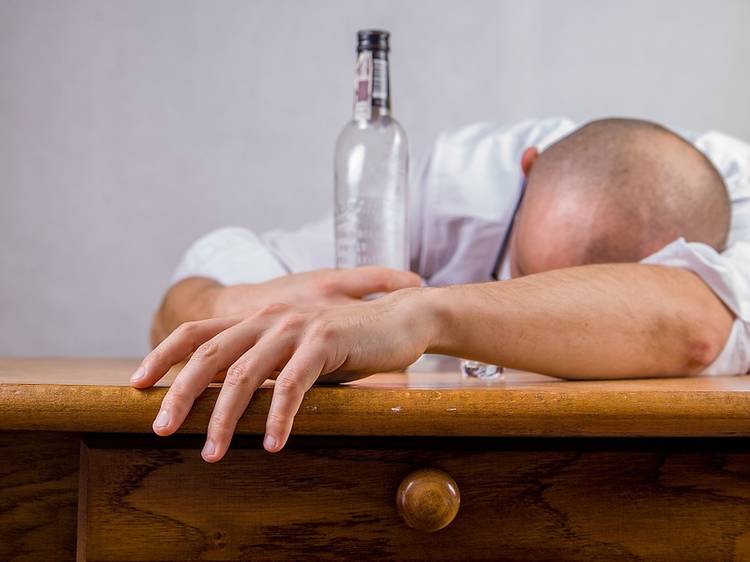 While having gamjatang after a night of drinking may be the most effective means of curing a hangover here in Seoul, one of North Korea’s more recent claims is that they’ve invented hangover-free alcohol. According to an article by the Pyongyang Times this past January, the organically farmed, Kaesong Koryo ginseng based-drink not only tastes delicious (at the cost of zero-repercussions), it may also cure MERS, SARS and AIDS. 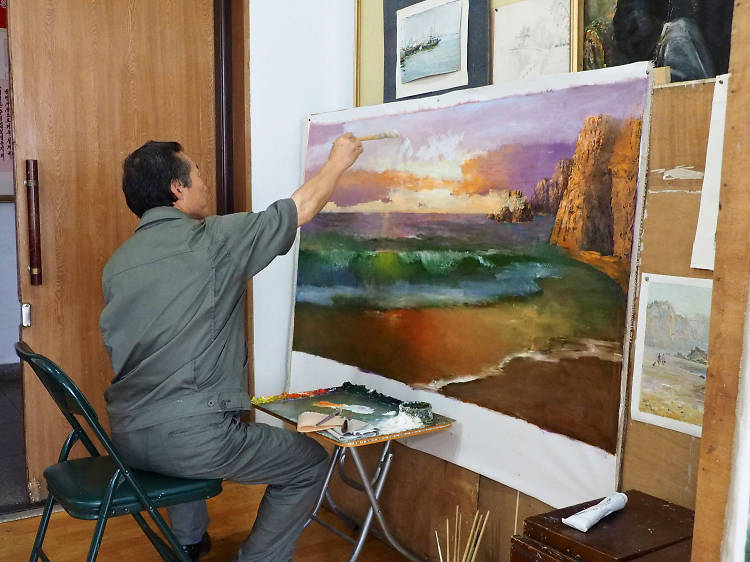 You can check out North Korean art… in Cambodia.

Wonder what art is like in a country that limits freedom of expression? Curious minds can now check out North Korean art at a new museum built by the DPRK at the Angkor Panorama Museum near Siem Reap’s city center. Opened on December 4, 2015 the museum, with a US$24 million investment from North Korea, has a 360-degree panoramic installation. To create this mural that details the ancient Khmer Kingdom, North Korea had to fly over 63 of their top artists. The museum also houses a 204-seat theater, diagrams, maps and paintings. Mansudae Art Studio in Pyongyang made the majority of the contributions to the museum. Built in 1959, the art studio and factory is one of the biggest in the world and employs as many as 4,000 people. The New York Times refers to Mansudae’s artists as “modern day masters of Socialist Realism.” US$15 for foreign visitors.

You can do something to help 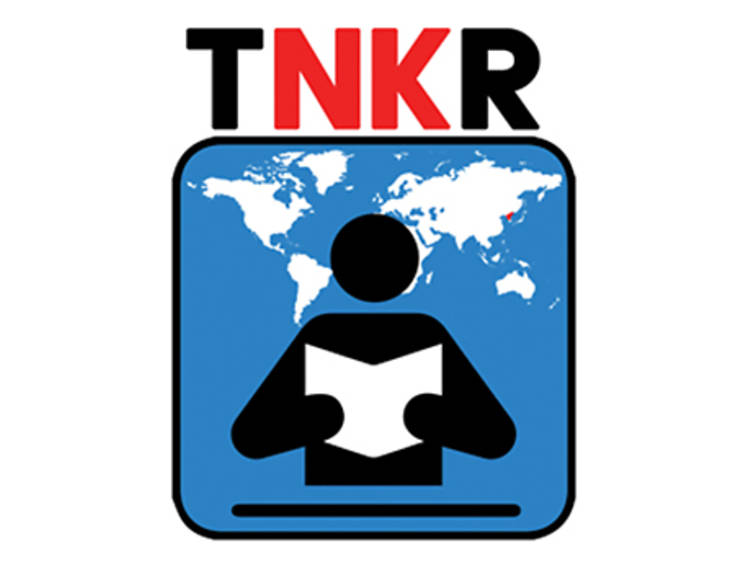 According to their website, TNKR (Teach North Korean Refugees) is “a non-political and non-religious humanitarian organization that focuses on assisting adults who have escaped North Korea in preparing for their future.” The organization is run by volunteers (English speakers and Koreans) who provide basic English language tutoring and assist defectors in telling their stories in English. (teachnorthkoreanrefugees.org). 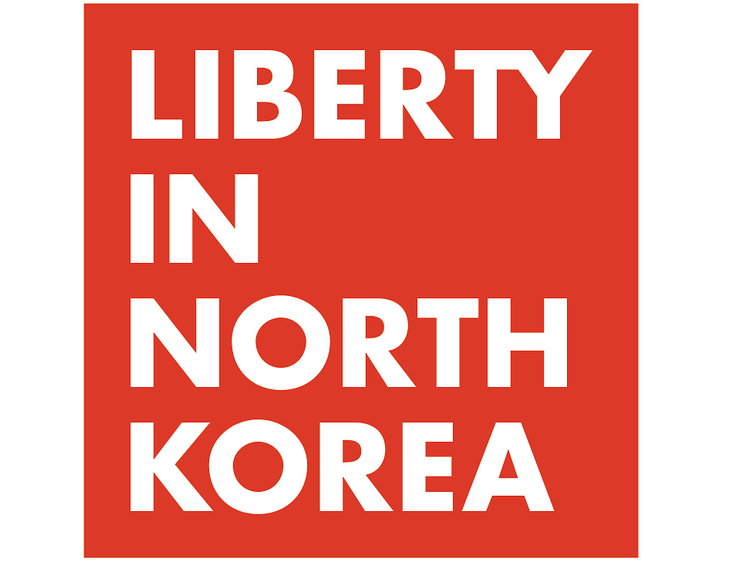 A word from an expert 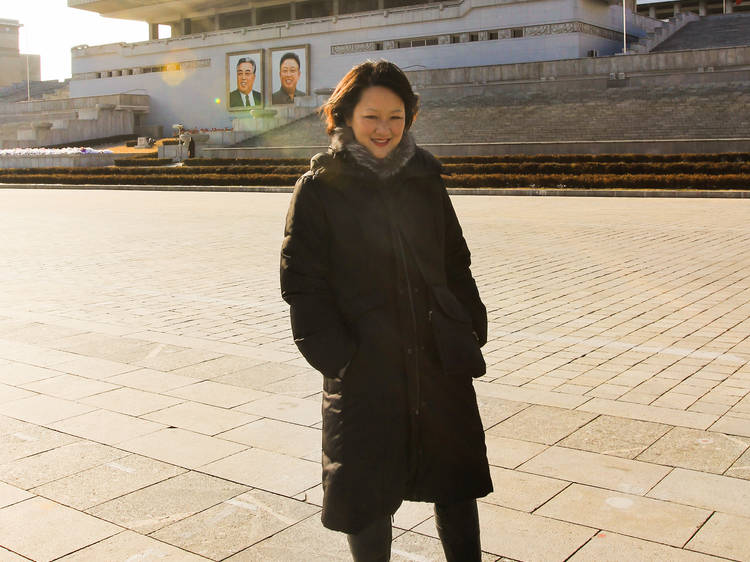 ...opened AP Pyongyang and is the former AP Korea bureau chief. She is currently a writer who is teaching North Korean studies at Yonsei University.

If Pyongyang had a Time Out, which attractions would you recommend for it?

The extravagantly rebuilt Victorious Fatherland Liberation War Museum […] because it helps one understand how key a role […] the division of the Korean Peninsula plays in the North Korean identity and the regime’s propaganda. It’s also eerie to step onto the USS Pueblo, the captured U.S. spy ship that is docked on the river next to the museum. […]

What do you think is the most memorable place in North Korea?

Nothing compares to Mount Kumkang. Its jagged peaks are simply stunning. You’re reminded, however, that you’re in North Korea when you see quotes from late leaders Kim Il-sung and Kim Jong-il carved into the sides of the mountains as you’re hiking.

What similarities do you think Pyongyang and Seoul share as two capitals of the two Koreas?

Geographically, both Seoul and Pyongyang have a major river running through the center of the city—the Han River in Seoul and the Taedong River in Pyongyang. Sometimes, in looking at cityscapes of either city, I have to look closely to see whether it’s Seoul or Pyongyang. Incidentally, both have a district south of the river called “Gangnam” (or “Kangnam” in Pyongyang).

What do you think is the most surprising fact about everyday life in North Korea?

You’d be surprised how much North Koreans rely on humor to get by under difficult conditions. That side of their culture doesn’t often come through.

Who is someone you've met in North Korea that's made a great impression on you?

A few years ago, I interviewed the North Korean table tennis star Li Pun Hui. Li was one half of the first joint North Korean-South Korean athletic team, a table tennis duo who teamed up at the 1991 World Championships to beat the Chinese. [The 2012 film] As One, starring Bae Doona as Li, portrayed the unlikely friendship that developed between her and South Korean star Hyun Jung-hwa.

At international sporting events, North Korean athletes are typically kept at a distance from outsiders. So it was great to have a chance to spend some time with Li on her own turf. She’s a very no-nonsense, straightforward person, and spoke very candidly about the experience [of] teaming up with Hyun. But what I admired most is what she’s done since retiring: She has a son with cerebral palsy, and has been active promoting table tennis for the disabled. Having such a superstar advocate on behalf of the disabled has been monumental for the rights of the disabled in North Korea.

Insight from the inside 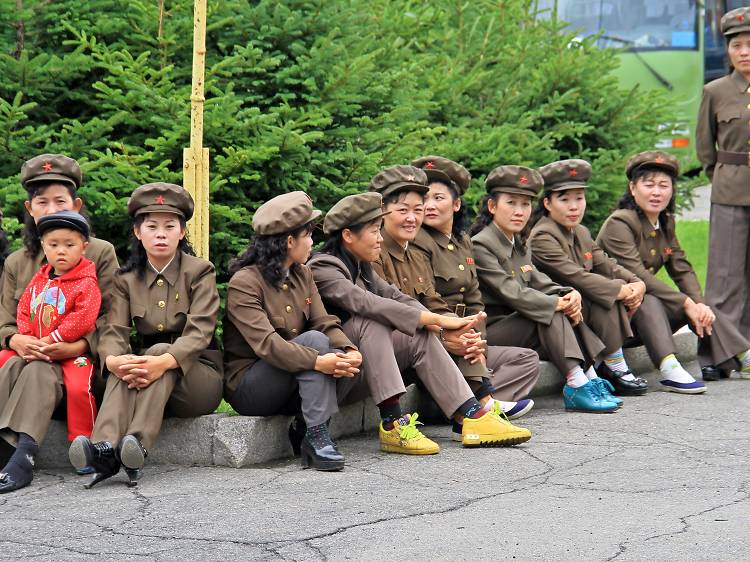 Jaka Parker, originally from Indonesia, is a freelance photographer currently living in North Korea. He resides there with his family in Pyongyang where his second and third children were born. He also takes photos of the city as a @everydaydprk fellow. You can check out his instagram account at @jakaparker.    Note from the Editor: Due to our being restricted in terms of what we could ask and have Jaka, a non-native English speaker, clarify etc. the English editorial team at Time Out Seoul decided to leave the majority of spelling and grammar errors, awkward phrasings and vague references in this interview so as to maintain the integrity of Jaka’s words.
Read more 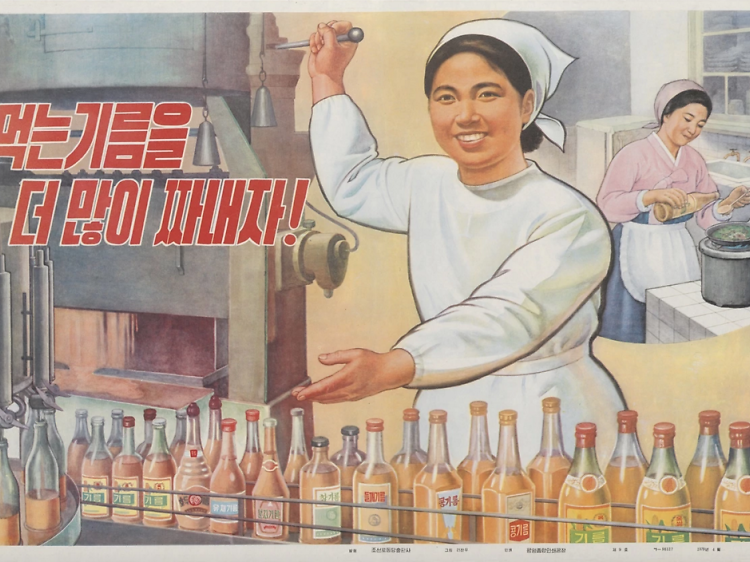 Dutch stamp dealer, William van der Bijl, visited North Korea 24 times starting in 1998 in his search for propaganda posters and stamps. Last year, these rare stamps and posters were exhibited at the Seoul Museum of Art as part of their “NK Project.” William explained: “I am interested in any kind of art. North Korean political art, as well as their stamps, are drawn in a simplistic way: A person does not need to know much about art in order to understand ‘the message’ in their drawings. All the people look always happy and [there’s] always a big smile on their faces.” On a trip to North Korea in 2013, he was arrested and imprisoned for two weeks. Since then, William has been unable to return to North Korea—leaving behind friends and his stamp trading post. “I was never able to speak to any of [my friends] and [it] makes me very sad. I have a great desire to go there and meet them again, but this will be impossible in the current situation.”
Read more
Show more 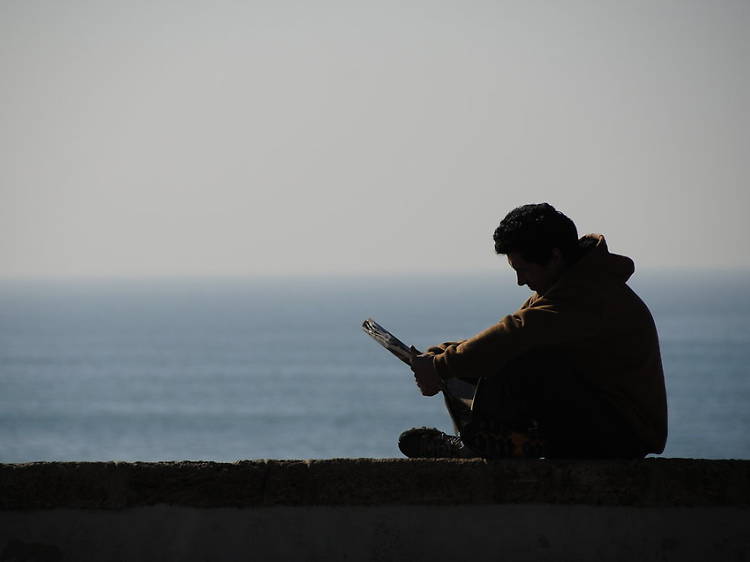 Interested in learning even more? Here are the books you gotta check out as chosen by Daniel Tudor, journalist and co-author of North Korea Confidential.