There’s no shortage of grisly listens these days, but these are the best when it comes to true crime podcasts

There’s much more to the world of podcasts than true crime, but there’s no denying that true crime dominates the podcasting world. Spurred on by the almost incomprehensibly vast success of 2014’s ‘Serial’, the standard true crime ’cast now has a very recognisable form, usually revolving around an intrepid investigative reporter drilling into a criminal case – often a cold one – and shedding new light on it throughout a multi-part documentary that goes deeper than any TV show would likely be allowed to. But crime isn’t just dead bodies: this eclectic list touches on everything from a podcast about British colonial looting to a reappraisal of Jack the Ripper’s victims. 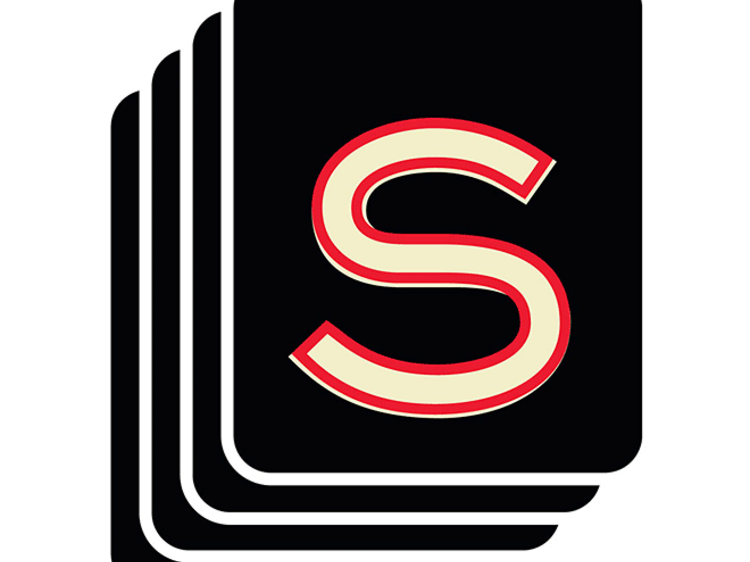 You can’t talk about true crime podcasts without acknowledging the granddaddy of the genre. Dating way back to 2014, series one of ‘Serial’ is the most famous and successful podcast of all time: Sarah Koenig’s hyper in-depth exploration of a 1999 Baltimore murder has been downloaded well over a hundred million times, and had a vast cultural impact. It laid down a template that many, many true crime podcasts have understandably followed. But it still stands up terrifically today. 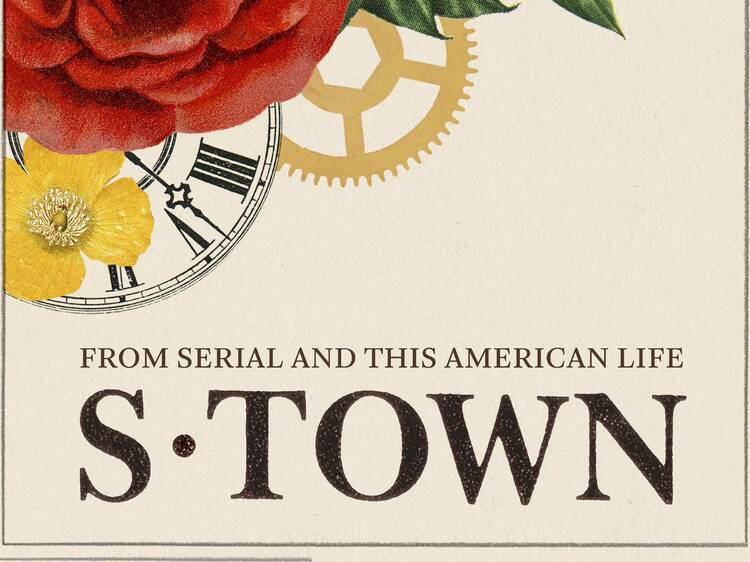 Some extremely legitimate criticisms have been made of ‘This American Life’ spin-off ‘S-Town’, which is – to be frank – not really a true crime podcast, or certainly not in the most literal sense. But you absolutely wouldn’t know that from the first three episodes, which see host Brian Read doing the standard re-examining a death in a small American town thing, as he’s invited down to Woodstock, Alabama by local eccentric John B, who is convinced he has stumbled across a murder mystery. What happens afterwards is really not what you’re expecting, and there’s an argument that Read should have abandoned the whole thing. But what he found is truly remarkable – if disturbing – stuff. 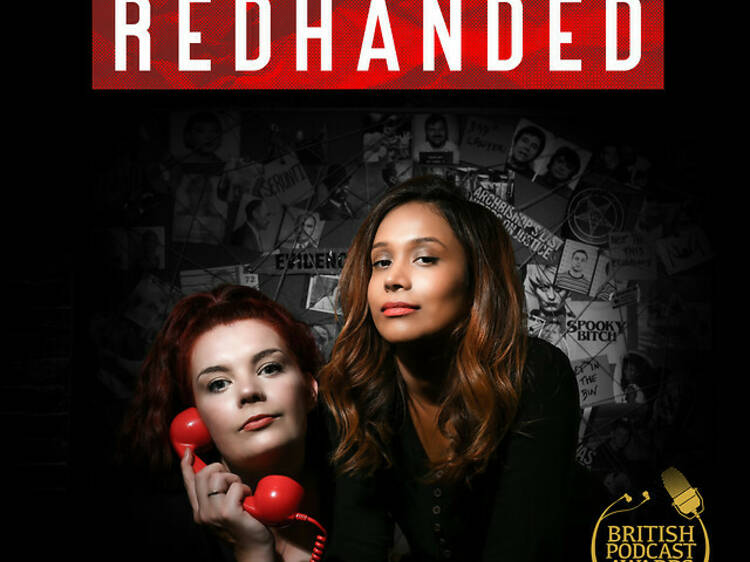 Inevitably many of these podcasts are very polished and very American. But Brit cast ‘RedHanded’ is a delight precisely because it flies in the face of all this. Hosts Hannah Maguire and Surithi Bala met at a party, drunkenly bonded over their love of true crime, started a podcast… and this is pretty much it. Their well-researched hourlong dissections of various crimes of the week are great, but it’s the fact the series actually traces the duo bonding and becoming friends that gives ‘RedHanded’ its frisson. 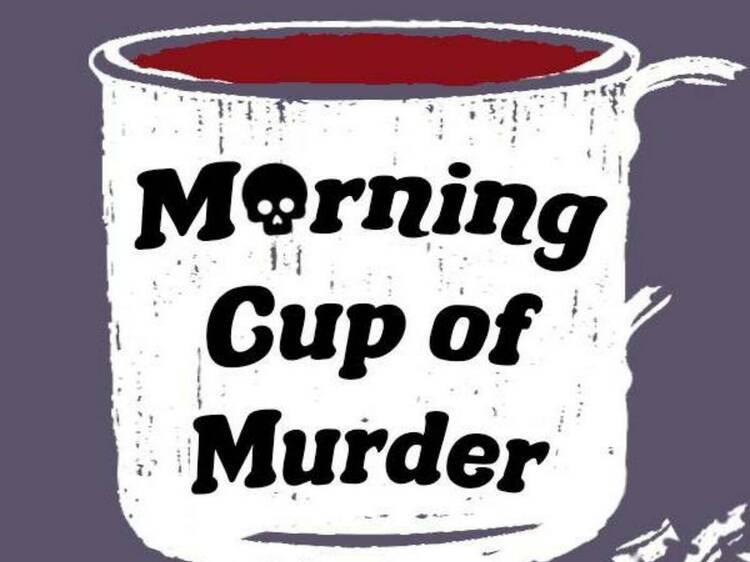 Yes, lavishly researched limited series with insanely detailed hour-plus individual episodes that have a profound impact on the global consciousness are great. But sometimes they’re a bit much. ‘Morning Cup of Murder’ is a ten-minute daily podcast that outlines – fairly briefly – the details of a murder that happened on that day in history. And that’s about it. But it’s tightly made, and if you’re after a daily murder bump, it’s second to none. 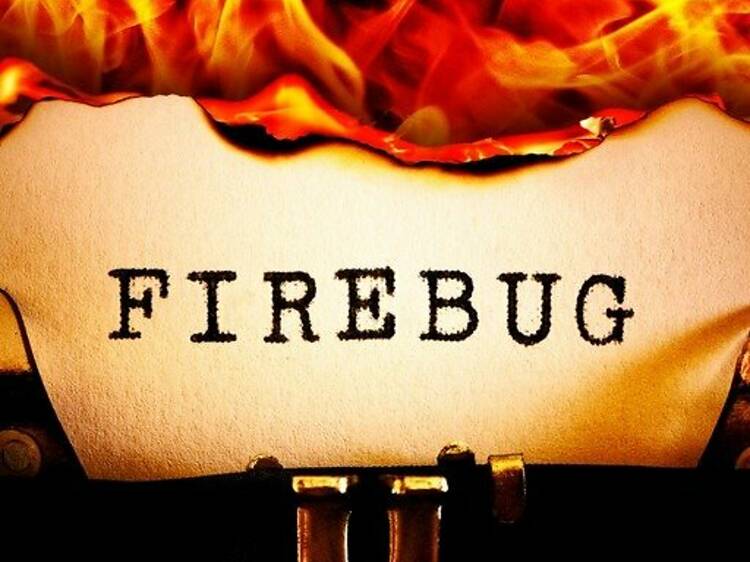 You want your true crime a touch more niche? Kary Antholis’s excellent arson-themed podcast centres on a truly compelling mystery: a series of California wildfires in the ‘80s and ‘90s for which nobody was convicted, and a poorly-received manuscript for a novel that investigators came to believe to be an oblique confession. It’s an extremely gripping story: the titular arsonist’s identity is easy to confirm with a quick Google, but it’s much better if you hold off and let the story meticulously unfold. 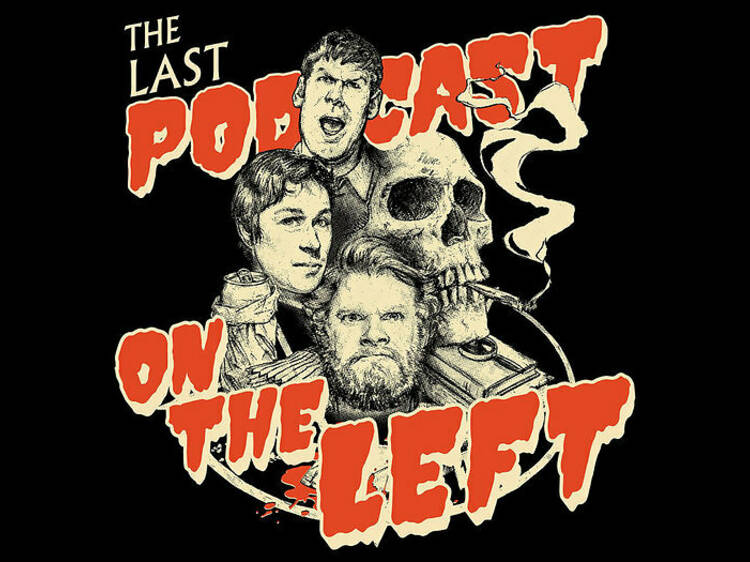 6. Last Podcast on the Left

Well, there are technically plenty of true crimes outlined in this long-running podcast series from hosts Ben Kissel, Marcus Parks and Henry Zebrowski. Admittedly it’s lodged firmly in the ‘lurid’ end of the spectrum, and it often veers into out-and-out supernatural business. From terrifying serial killers to OJ Simpson to, er, werewolves (criminal werewolves, mind), ‘Last Podcast on the Left’ is extremely tongue-in-cheek but massively entertaining. 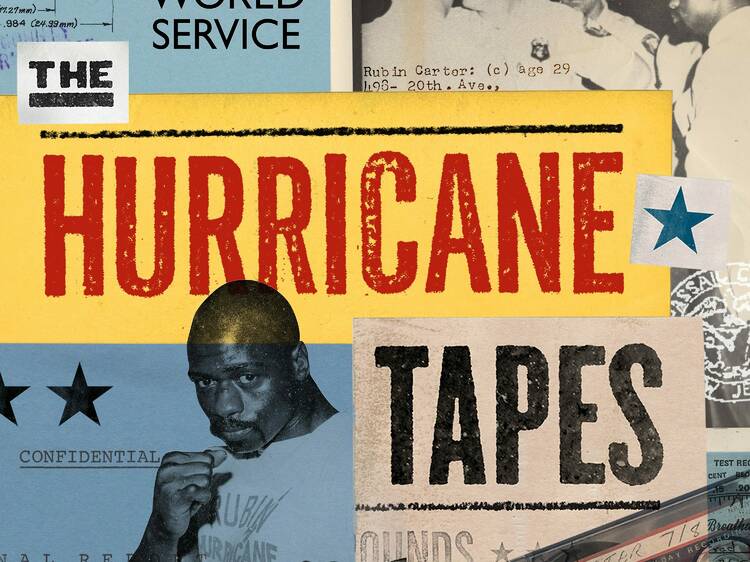 The case of Black US boxer Rubin ‘Hurricane’ Carter – convicted of murder in 1967 on outrageously flimsy grounds – has long been a part of the public consciousness thanks to Bob Dylan’s anthemic 1976 song about him. But there’s more to the case than can be fitted into the lyrics of one (admittedly very long) tune. This excellent 2018 podcast takes you through the complicated and angering history of the case, with invaluable insight from the late Carter’s less remembered co-defendant John Artis. 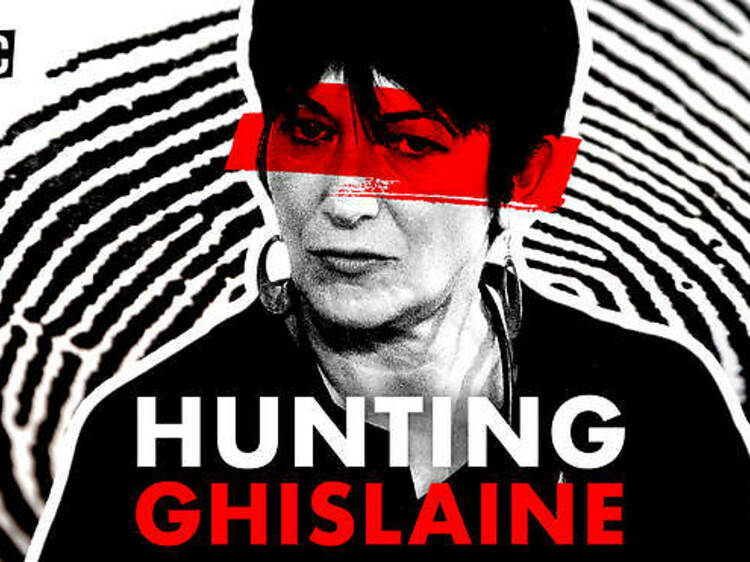 Veteran Brit investigative reporter John Sweeney’s smash 2020 podcast is the perfect primer for anyone struggling to get their head around the whole Jeffrey Epstein/Prince Andrew/Ghislaine Maxwell horrorshow. It zeroes in on Maxwell as the fulcrum of the whole sordid business, beginning with her upbringing as the daughter of tyrannical media mogul Robert Maxwell and ending with her incarcerated and awaiting trial. A recent epilogue covered the trial itself. 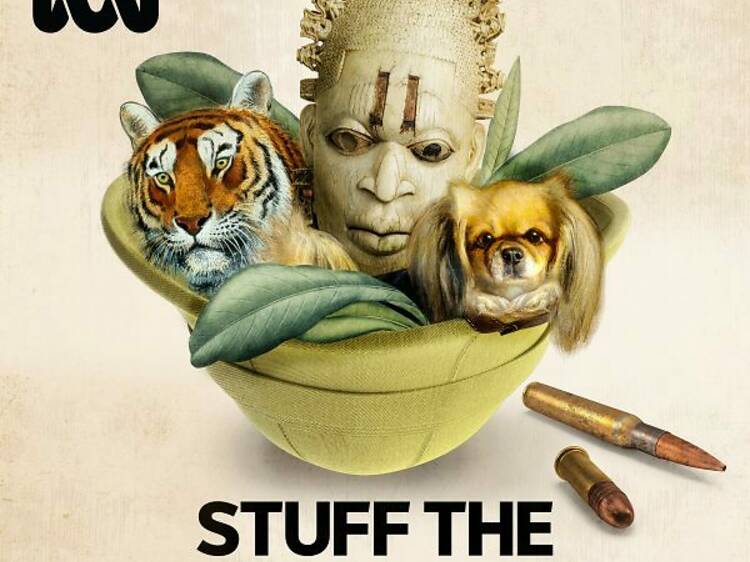 This entertaining, enraging, and often surprisingly funny Australian podcast does exactly what the name says: each week, host Marc Fennell zeroes in on an object, individual, idea or – in at least one case – a pet that the British stole during their empire-building conquests, and drills deftly down into its story and significance. As you can presumably glean from the title, it’s a fairly damning of the plunder-hungry Brits, but that never stops Fennell from losing sight of the absurder side of imperial adventure. 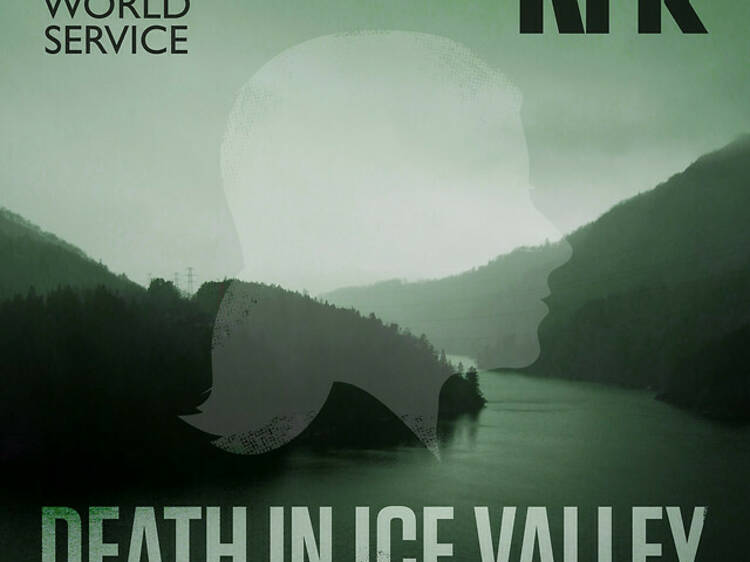 What would a true crime list be without a dose of Scandi noir? This collaboration between the Norwegian public broadcasting service NRK and the BBC World Service traces the case of the Isdal Woman, an unidentified woman found dead near Bergen in 1970. There is plenty of reason to believe she may have been a Cold War spy, but her identity has never been discovered, and even the cause of death remains heavily disputed. Created by Norwegian investigative journalist Marit Higraff, the podcast has uncovered some valuable clues, although the woman’s identity remains elusive. 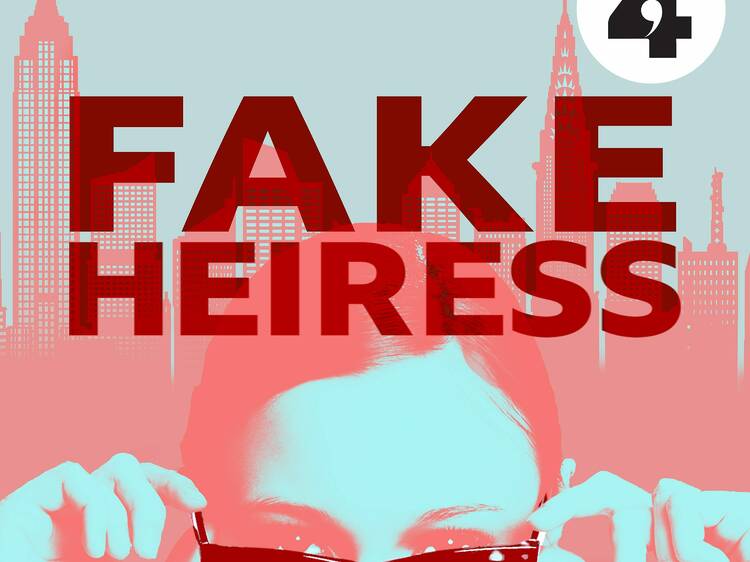 Odds are, you’re already passing familiar with the story of Anna Delvey, aka Anna Sorokin, the Russian-born German fashion student who moved to New York and spent four years conning her way into high society and passing herself off as a wealthy socialite while she was nothing of the sort. It’s a fascinating story both for its lurid details and the fact it’s essentially a ‘Gatsby’-ish parable about the nature of capitalism. It’s inspired multiple TV shows and even a play, but the excellent ‘Fake Heiress’ BBC podcast is the definitive account of the affair. 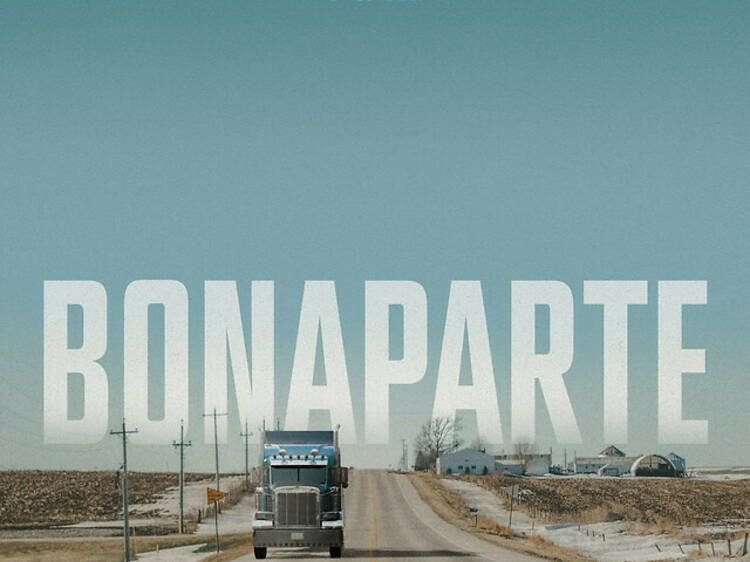 Sure, ‘Bonaparte’ is very, very much in the lineage of the post-‘Serial’ cold case investigative podcast, but it’s also something very special. It’s personal: New York attorney Anne Champion happened to tell journalist Jason Stavers about the unexplained death of her childhood friend Laura van Wyhe, who went missing at a party in Bonaparte, Iowa, in 1996 and turned up dead eight hours later. The two of them decided to make a series about it, and while their investigation bears many of the hallmarks of a well-made true crime ‘cast, it also delves poignantly into how an unsolved murder can poison a small community. 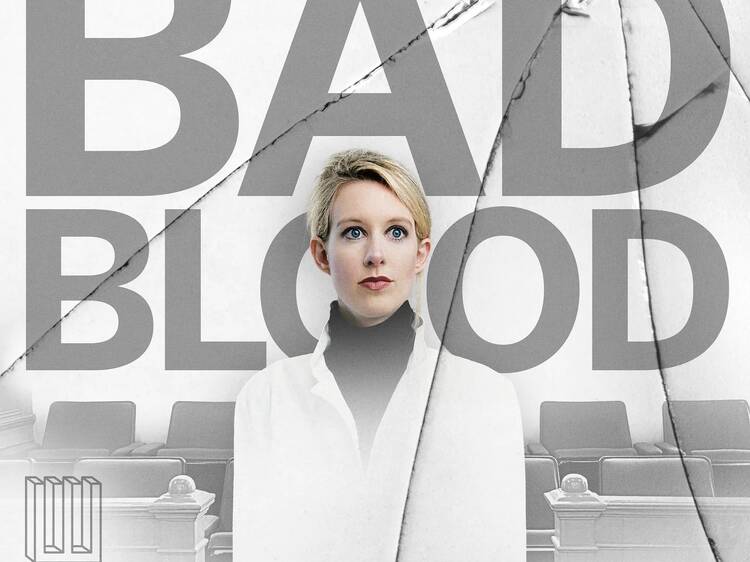 Although the title alludes to the fact that ‘Bad Blood’ does indeed serve as a coda to John Carreyrou’s book of that name, you can be assured that his podcast ‘The Final Chapter’ stands up on its own. Essentially it’s about the trial of Elizabeth Holmes, the blood testing entrepreneur who was sent down after the criminal collapse of her company Theranos. It’s a modern scandal that can be slightly difficult to get your head around: but over 12 episodes (and supplementary reports from court), Carreyrou breaks it down immaculately. 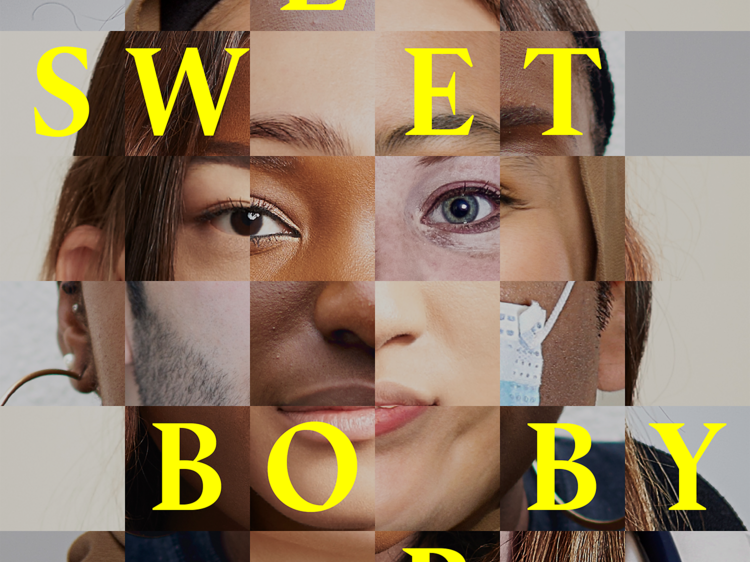 Catfishing – that is, pretending to be somebody else online to fool a specific person – is now widely understood as a concept. But that doesn’t stop ‘Sweet Bobby’ being utterly jawdropping. In it, host Kirat Assi unflinchingly takes us through how she was taken in via an astonishingly elaborate deception that led her to believe she was in a relationship with a cardiologist, with a vast cast of supporting characters backing up the lie, all entirely fictional. 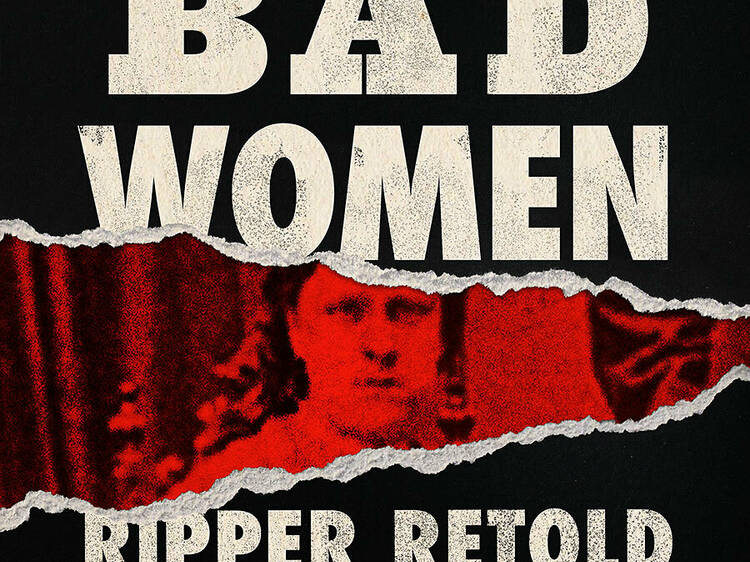 Short of unearthing his true identity, there isn’t much left to say about Victorian serial killer Jack the Ripper. But social historian Hallie Rubenhold has found a remarkable amount of new information about his still shamefully little known female victims. This excellent 15-part podcast has been controversial, with hardcore Ripperologists (they exist!) angry at Rubenhold’s conclusion that there is no evidence that three of the five women killed were prostitutes. For the less partisan, it’s a scrupulously researched and often poignant series about what it was to live and die in Victorian London.