We've suggested which TV shows and movies to stream right now, highlighted excellent at-home exercises to try out, told you all about digitally borrowing books and now we focus on the very best podcasts out there.

The beauty of the podcast is that it can be listened to while working, showering, cooking, cleaning and, in addition to entertaining you, most programs end up teaching us a thing or two about life, the government, science, art and more.

We're living through trying times, but it's important we keep our bodies, spirits and minds engaged. Listening to these shows will help us do just that.

From popular picks that you might not have had time to listen to until now to exciting new shows worthy of all of our attention, here are the top podcasts to tune into right now.

Best podcasts to listen to

We begin with the podcast that sort of started it all. Although plenty of folks listened to other shows before Sarah Koenig and Julie Snyder co-created this investigative journalism podcast, this audio program captured the attention of the world like none before it.

The anthology features three different seasons, each one focused on a different true story. If you haven't listened to it yet, this is a great (and binge-worthy) introduction to the medium.

This is a monthly podcast hosted by Willa Paskin, the television critic at Slate. She is an outstanding journalist who examines a single object, habit or cultural question in each episode. Here are some of the questions she's explored in the past: why do gay people love Judy Garland so much? Who is afraid of Bart Simpson? How do you start a conspiracy theory?

At the end of 2019, seeking to shed light on the 400th anniversary of the first slave ship landing on American shores, the New York Times launched the 1619 Project. The effort was a multimedia one, tackling the topic in print, online, television and audio. The latter initiative took the form of a podcast, 1619.

The five episodes (the last one is split into two parts) are hosted by Nikole Hannah-Jones, who interviews the paper's writers and critics to try and dissect the legacy of slavery in the country.

We've all asked ourselves that, haven't we? Hilarious host Nicole Byer spends each episode talking about modern dating, including conversations about apps, open relationships, matchmakers and more. Yes, it is raunchy.

Listen to Why Won't You Date Me? here.

This American Life originated as a public radio show (which it still is) in the 1990s and eventually took on the podcast format as well. Hosted by the recognizable Ira Glass, each episode of this weekly show has a theme that is explored, usually through first-person narratives, by folks from all walks of life. Think "stories about being little," the pros and cons of therapy and the tale of a flute player who steals a million dollars worth of dead birds.

Given its long history, the podcast boasts a huge library. You can browse through 25 years worth of episodes right now.

Listen to This American Life here.

This one's pretty self-explanatory. During each episode, a new person will literally sit in a room alone and talk about his or her biggest fears. From cockroaches to death, flying, large crowds and even boredom, the discussions run from funny to deep and everything in-between.

Listen to 10 Things That Scare Me here.

Comedian Chris Gethard spends one hour on the phone with an anonymous caller—on the air. No topic is off-limits, which leads to surpringly interesting conversations, including one with a mass shooting survivor who called in back in 2018 to share his experience.

Did you know that Loretta Lynn's 1975 song about birth control, "The Pill," was banned from radio stations when first released? These are the kinds of factoids you'll learn about when listening to Cocaine and Rhinestones, which delves into the history of 20th century country music.

Listen to Cocaine and Rhinestones here.

When in need of some laughs, tune into Conan O’Brien Needs a Friend. In each episode, the late-night host interviews a celebrity, including the likes of Ali Wong, Will Arnett, Judd Apatow, Sarah Silverman and plenty more.

Elizabeth Holmes is the disgraced founder of Theranos, a blood testing technology that she claimed would revolutionize the medical industry. The story of her lies and fall has been chronicled in a book, an HBO documentary and this podcast.

Listen to The Dropout here.

Each week, journalists Sarah Marshall and Michael Hobbes select a major historical moment and analyze why it's "been miscast in the pulic imagination." For example, back in January, the duo argued about the O.J. simpson trial.

Listen to You’re Wrong About… here.

This is the food podcast par excellence. It even won a James Beard award in 2018! Creator and host Dan Pashman approaches "food from many angles," including Q&As with chefs and restaurateurs, the role that culture plays in eating, scientific notes, thoughts on identiy and more.

Listen to The Sporkful here.

Modern Love is a popular New York Times column that was also turned into a highly rated anthology series on Amazon. The podcast, which landed before the TV production ever did, features notable personalities reading the popular columns. At the end of each episode, the hosts interview the original essayists to discuss post-column life.

Another one by the New York Times, The Daily is the paper's, well, daily news podcast. It has gained an almost cult-like following thanks to host Michael Barbaro, who interviews the publication's journalists about the top stories of the day. Barbaro's soothing tone and his ability to truly break down an issue in 20 to 30 minutes have catapulted him to fame.

Listen to The Daily here.

There must be a reason Dolly Parton is this famous—and this podcast sheds light on just that. You'll take a walk through Dollyverse, learning all about the artist's life, the significance of her hit "Jolene" and, of course, hear about Dollywood, the theme park dedicated to Parton.

We all struggle with proper work-life balance, and hosts Rico Gagliano and Liz Dolan know that. In short, Safe for Work explores our relationship with our job and the demands of corporate life. Yes, it's safe to tune into this at work!

Listen to Safe for Work here.

Here are a few things you should know about this British show: it aired from 2015 to 2019 (it's still available!), it's narrated by a mouse, it's about two competing funeral homes set up in the same small village... and it's a fictional comedy. You'll laugh, you'll cry, you'll be confused but, most importantly, you'll be thoroughly entertained.

Moms aren't the only ones that will enjoy this podcast hosted by reproductive psychiatrist Alexandra Sacks. Expect to get emotional while listening to guests talk about the many facets that make motherhood one of the most complicated, rewarding, confusing and deep aspects of a woman's life.

This is a podcast about music. More specifically, this is a podcast that dissects how a song is made and why it gets stuck in our heads. We suggest listening to each episode but, if you're looking for something specific (for example: why do we love Prince so much?), you can search for a certain artist, theme or music genre on the program's website. You're guaranteed to land on something interesting.

Listen to Switched on Pop here.

Guests present their disputes—both petty and serious—to John Hodgman. No, he is not an actual judge, but enough of an impartial comedian to try and solve issues. Warning: there will be laughs.

The subtitle of this comedic medical podcast is "A Marital Tour of Misguided Medicine." Dr. Sydnee McElroy and husband Justin are basically a tag team: in each episode, she brings up the history of a certain medical practice while he views it through a comedic lens.

Want to watch something instead? 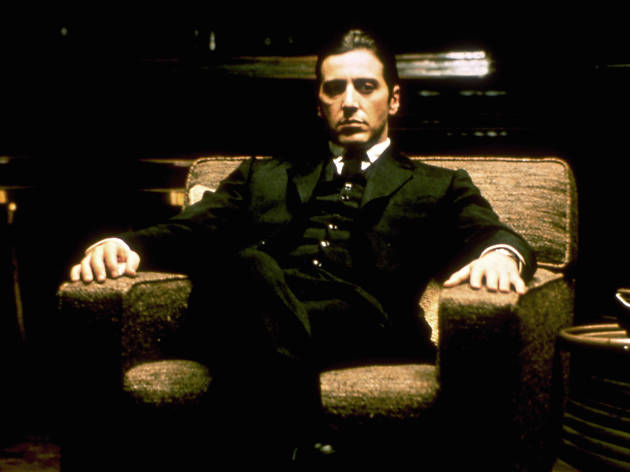 We asked actors for the best movies of all time, from comedies and classic romances to blockbusters and foreign gems