A day on Naoshima, the art island

Naoshima, a remote island in the Seto Inland Sea, has garnered a reputation as the prime destination for art devotees. Here's what to know if you're planning a pilgrimage

After trumpeting the death of faith with their Gabriel’s horn, pundits of our secular century have crowned art as the new religion, with the museum as its church. To extend the analogy, art’s mecca now appears to lie on the east coast of Japan – more specifically, in the Seto Inland Sea, where the Sea of Japan meets the Pacific. The undisputed queen of the archipelago dotting the Inland Sea is Naoshima, which has become the art destination under the auspices of Soichiro Fukutake and his Benesse Corporation.

Since the 1980s, Fukutake has commissioned numerous site-specific installations by greats from the pantheon of art, including Lee Ufan, James Turrell and Walter de Maria, housed in monumental buildings designed by Tadao Ando. The timeless architecture of Ando, ubiquitous throughout the island, has become inseparable from the topography, as if the concrete here was growing naturally amongst the exotic flora and fauna. 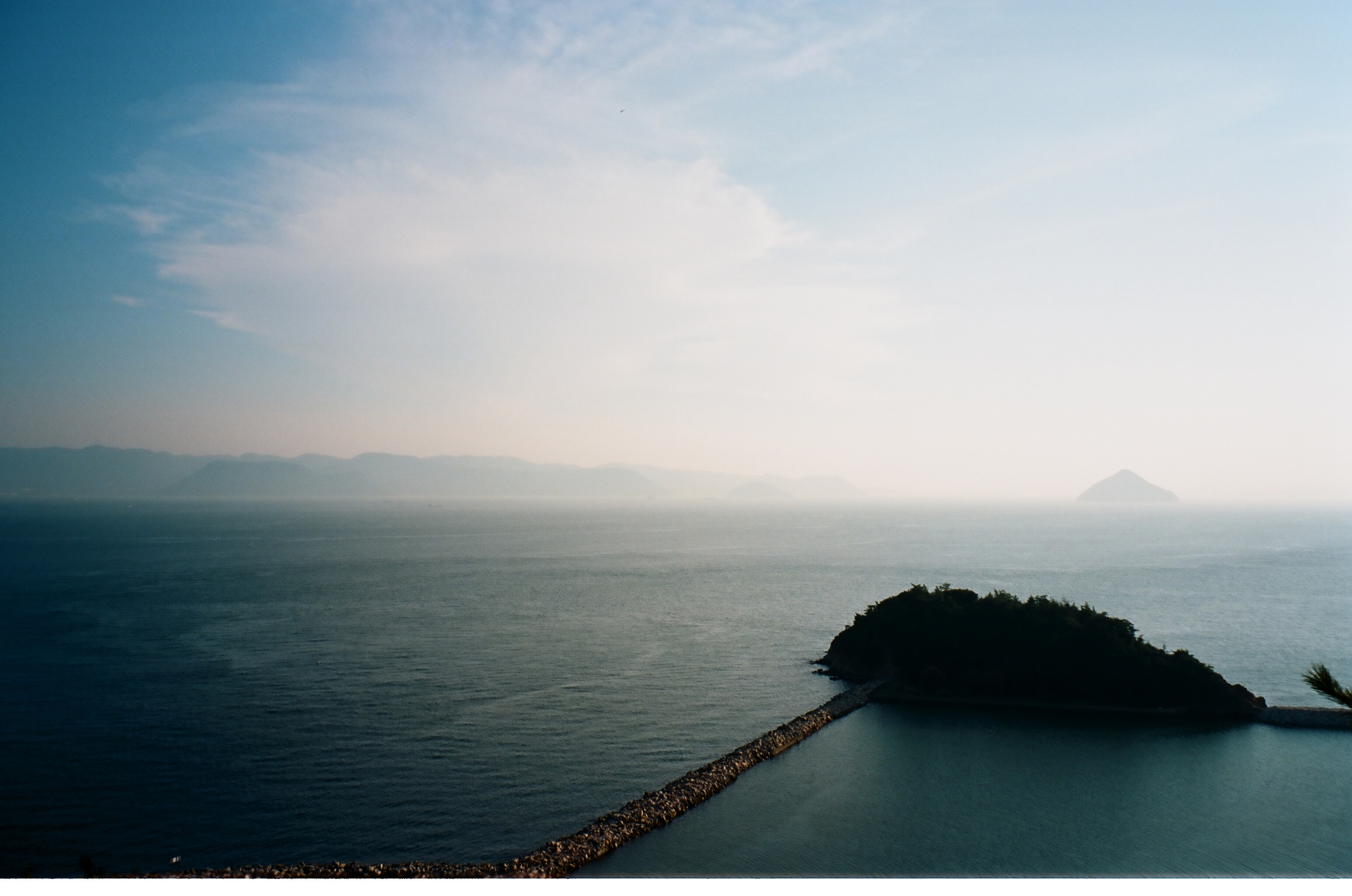 As it’s the year of the Setouchi Triennale, with additional temporary installations on Naoshima and the neighbouring islands, I make my pilgrimage to the most coveted art shrine in the world. The amphibious journey from Tokyo to Naoshima, which involves a variety of changeovers, trains and ferries, truly feels like an expedition to a distant holy site. Once on the island, I see that the word has spread far and wide: I now congregate with fellow pilgrims from Argentina, Canada and the UK.

The flock soon disperses across the island, families and lone travellers busy with their own schedules. Having disembarked at Miyanoura Port, I hop on a bus and zip past one of Yayoi Kusama’s ‘Pumpkins’, which have become the unofficial mascots of the Triennale, and make my way to the other side of the island. I alight at the Honmura Area, which is home to the Art House Project comprising seven traditional houses converted into art projects. 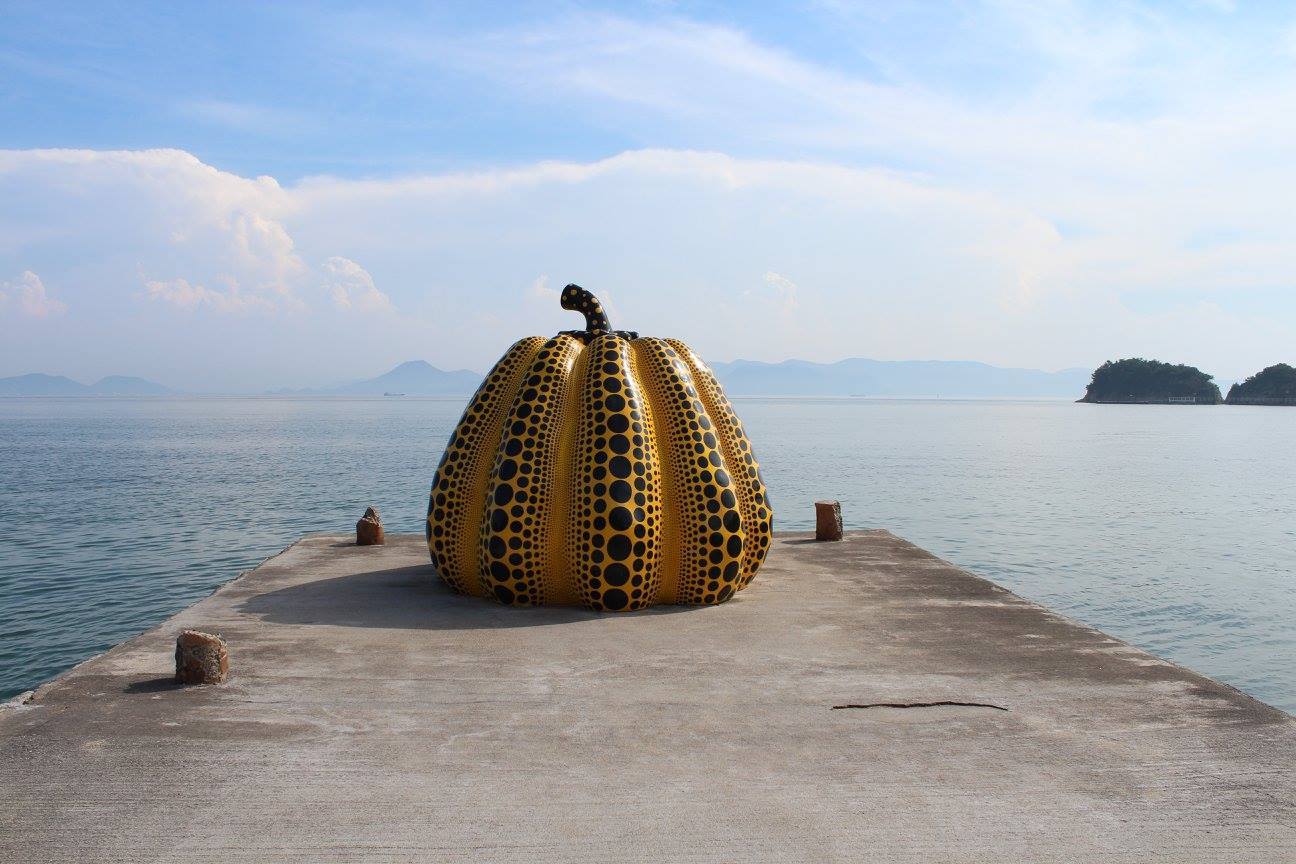 One of Yayoi Kusama's many 'Pumpkins'.

My first stop is ‘Minamidera’, a James Turrell piece inside a wooden building designed by Tadao Ando. Upon entering the building with a small group in tow, I try to navigate my way in pitch-black darkness, feeling a wave of anxiety approaching since this is what I imagine blindness to be. After we feel our way towards a bench we are instructed to sit on – apparently the only object in the room – the shuffling ceases and silence ensues. Nestled in between strangers in a state of complete darkness, I feel comforted and notice that things are beginning to change.

As my pupils very gradually dilate, I begin to make out a dark grey rectangle suspended on the opposite end of the room. After five minutes, the rectangle takes on a lighter shade of grey before eventually turning white. Now we’re allowed to walk around the empty room, and promptly discover that the rectangle is in fact an opening on the wall illuminated by hidden light sources. When our time is up, we emerge out into the sunlight like the inhabitants of Plato’s cave, with a renewed sensitivity and appreciation for the world around us. 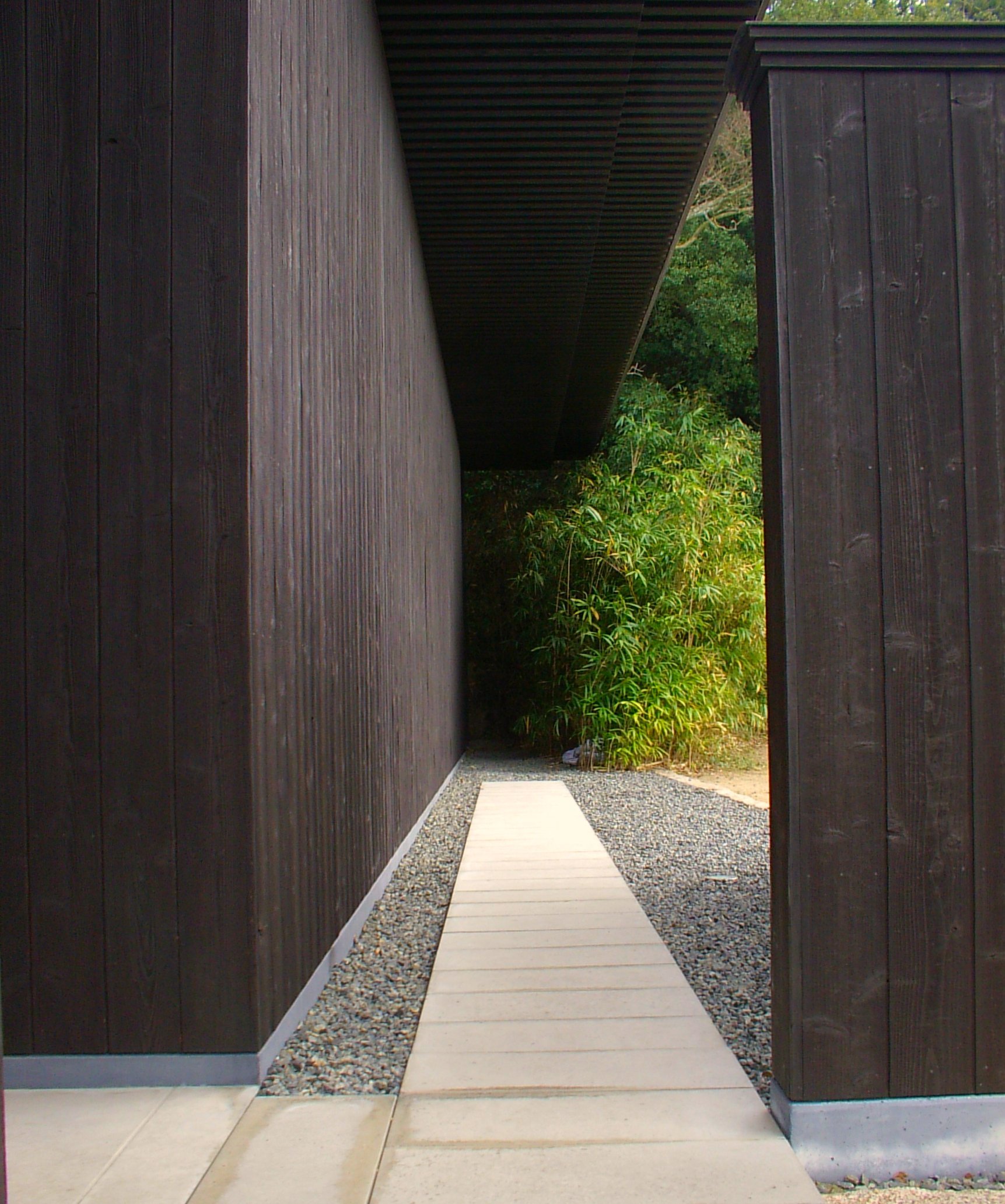 Into the dark void of 'Minamidera'. Photo by Yohei Yamashita.

After short visits to ‘Kadoya’, ‘Go’o Shrine’, ‘Gokaisho’ and the ‘Ando Museum’, I have lunch at a nearby udon shop followed by coffee at the cosy Café Konichiwa. On the bus en route to the Benesse House Area, I glide past the traditional wooden houses of a quiet fisherman’s village and notice the labyrinthine grid of the ancient streets, initially designed to confuse samurai intent on pillaging the village. Now they misdirect perplexed tourists who just want to see some art and exit through the gift shop.

The Benesse House complex comprises four exclusive hotels designed by Ando, including the Museum branch, which houses a great collection of contemporary art. While admiring iconic pieces by the likes of Yves Klein, Cy Twombly, Hiroshi Sugimoto, Jean-Michel Basquiat, Yasumasa Morimura, Andy Warhol and Richard Long, I rub shoulders with the lucky bunch actually staying at the hotel. A short stroll from the hotel is a museum dedicated to the art of Lee Ufan, whose brilliant minimalism allows me to sink into a meditative state of reflection. 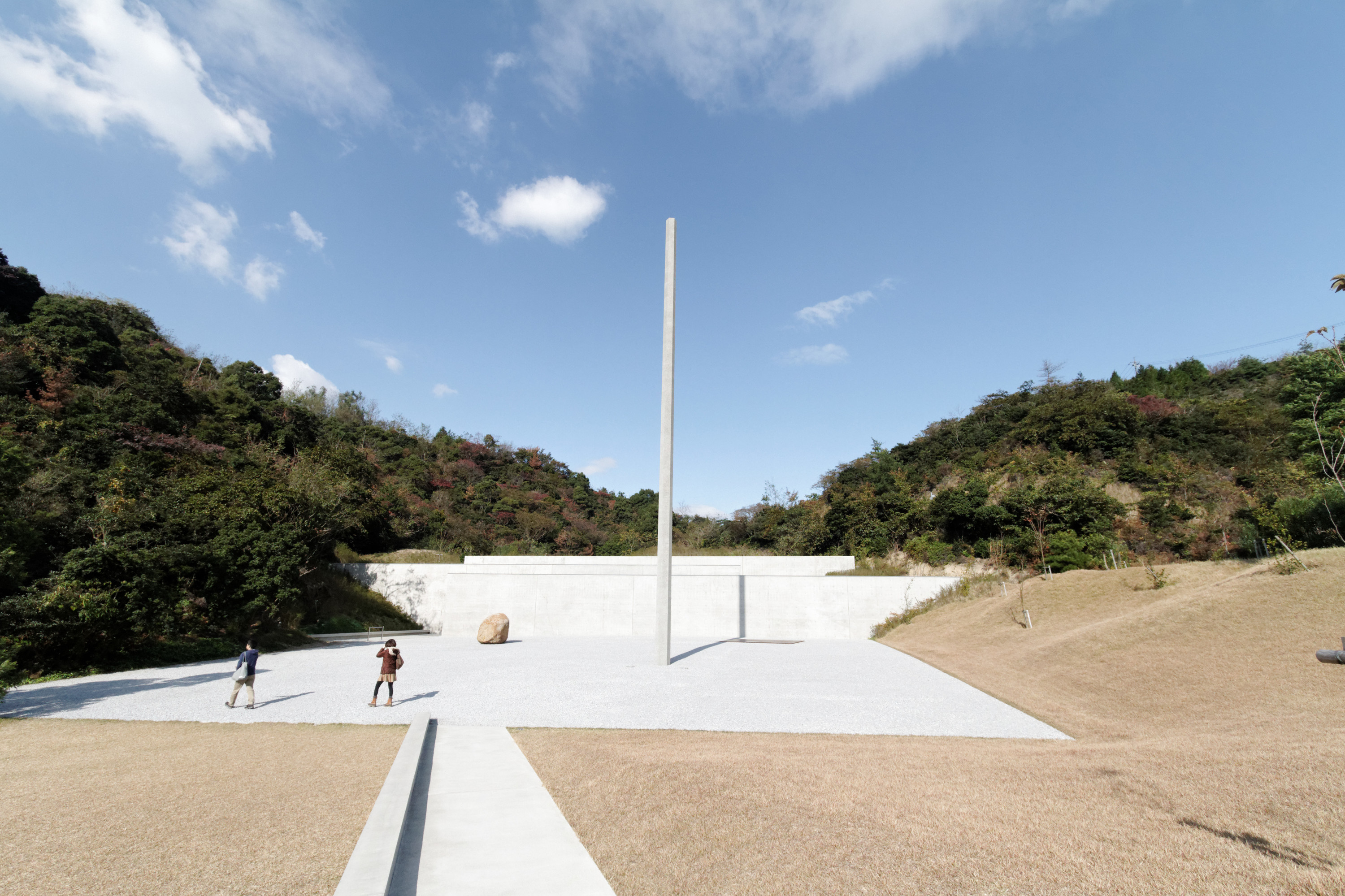 Though Ando’s many buildings on the island are undisputed artworks in their own right – even inspiring some neologism-hungry critics to call him an ‘art-itect’ – the Chichu Art Museum is his true masterpiece. Here, Ando’s architecture goes beyond providing artists with grand interiors to display their work, becoming part and parcel of the art itself.

The centrepiece of de Maria’s ‘Time/Timeless/No Time’ in Chichu, a large sphere of polished granite reposing on a flight of stairs in a vast subterranean room, has an alien or almost religious quality to it, suggesting the elemental mystery of the monolith in Stanley Kubrick’s 2001: A Space Odyssey. 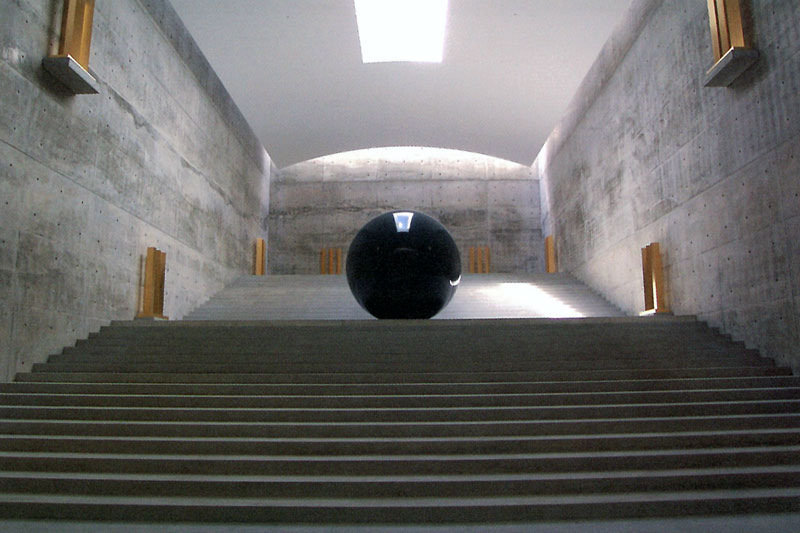 In Turrell’s ‘Open Sky’, a great example of the artist’s famous ‘skyspaces’, a square opening on the ceiling of a room transforms the familiar sky into a framed canvas. When the 45-minute night programme begins, the blue opening gradually starts changing colour and is bathed in shades of pink, red and blue before eventually fading into black. Meanwhile, a carefully coordinated light show beams upwards from the slanted walls of the room I lean my head against – purposely built at a slight angle to provide support for the neck. In my skyward gaze, I marvel at the kaleidoscope of colour compositions melding the sky and the ceiling into the most beautiful painting. This must be what they call the ineffably sublime.