After being discovered by Takashi Murakami and cutting her teeth in Murakami's Kaikai Kiki group shows, Chiho Aoshima broke out into the international art scene with a bang, going on to collaborate with Issey Miyake and presenting solo shows in a number of galleries and museums.

Channeling her mastery of cutting edge computer technology and keen interest for traditional Japanese paintings (particularly the eerie kind) into her art, Aoshima creates work dealing with the elements and opposites: nature and civilisation, fire and water, creation and destruction, life and death. Ahead of the launch of her new exhibition 'Rebirth of the World' at Kaikai Kiki Gallery, we sat down with Aoshima to talk art, Hokusai and graveyards.

You graduated from university with a degree in economics. What made you decide to become an artist and how were you first discovered?

I entered university not knowing what I really wanted to do and didn't focus much on my studies. Instead, I started working in different part time jobs, one of which was at a graphic design department of a company. After my colleagues there showed me some basic techniques on Adobe Illustrator, I started producing work on my own.

Later, while I was working for Takashi Murakami, he took interest in my artwork. My work wasn’t very refined at that point but when Murakami asked me to participate in a group exhibition featuring only female artists, I took the chance and accepted. My career took off from there.

What is your artistic relationship like with Takashi Murakami?

It is a relationship of support and encouragement. Murakami discovered me as an artist and has supported my career through his company Kaikai Kiki, providing a space for me to exhibit my art.

Critics often describe your work as belonging to the Superflat movement. Do you agree with this categorisation? How do the characteristics of Superflat come into play in your art?

At first I wasn’t sure what the term implied but after looking into it further, I've come to realise that some of its characteristics, like the re-appropriation of ukiyo-e's linear aesthetics, are present in my work and I’ve come to accept my part in the Superflat movement. I didn’t study art so I’m not very proficient in thinking of things in 3D and how they look in the real world. By drawing on traditional Japanese art, I express art on a flat perspective.

Who are some of your influences from the pantheon of Japanese art? 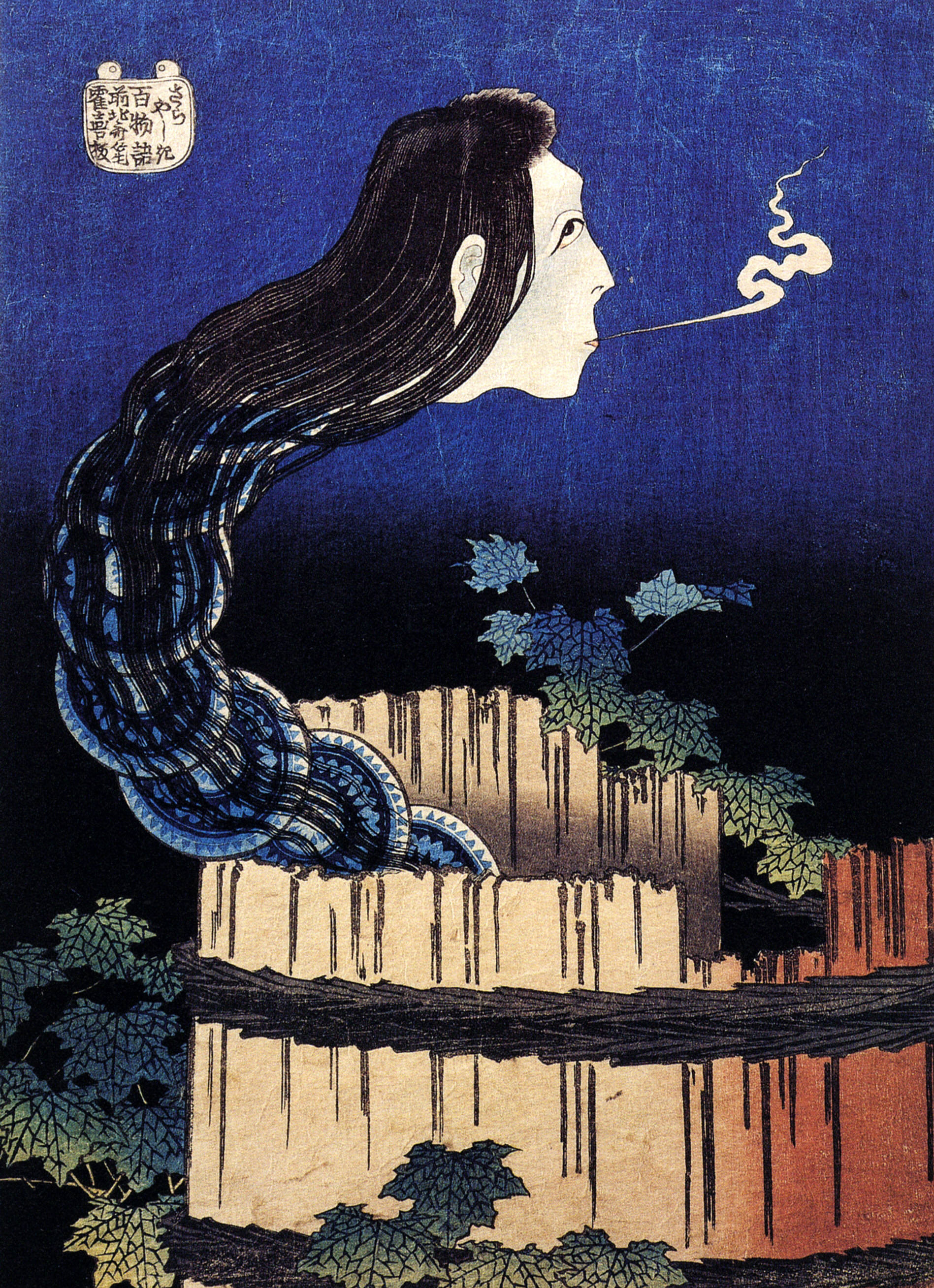 These creatures seem to populate your works too. Are there any haunted places in Tokyo that you frequent for inspiration? Is it true that you live next to a cemetery?

I don’t really go to places where you can allegedly see ghosts but I’m inspired by graveyards and cemeteries to a large extent. Though I don't live there anymore, my old apartment overlooked the Aoyama Cemetery. 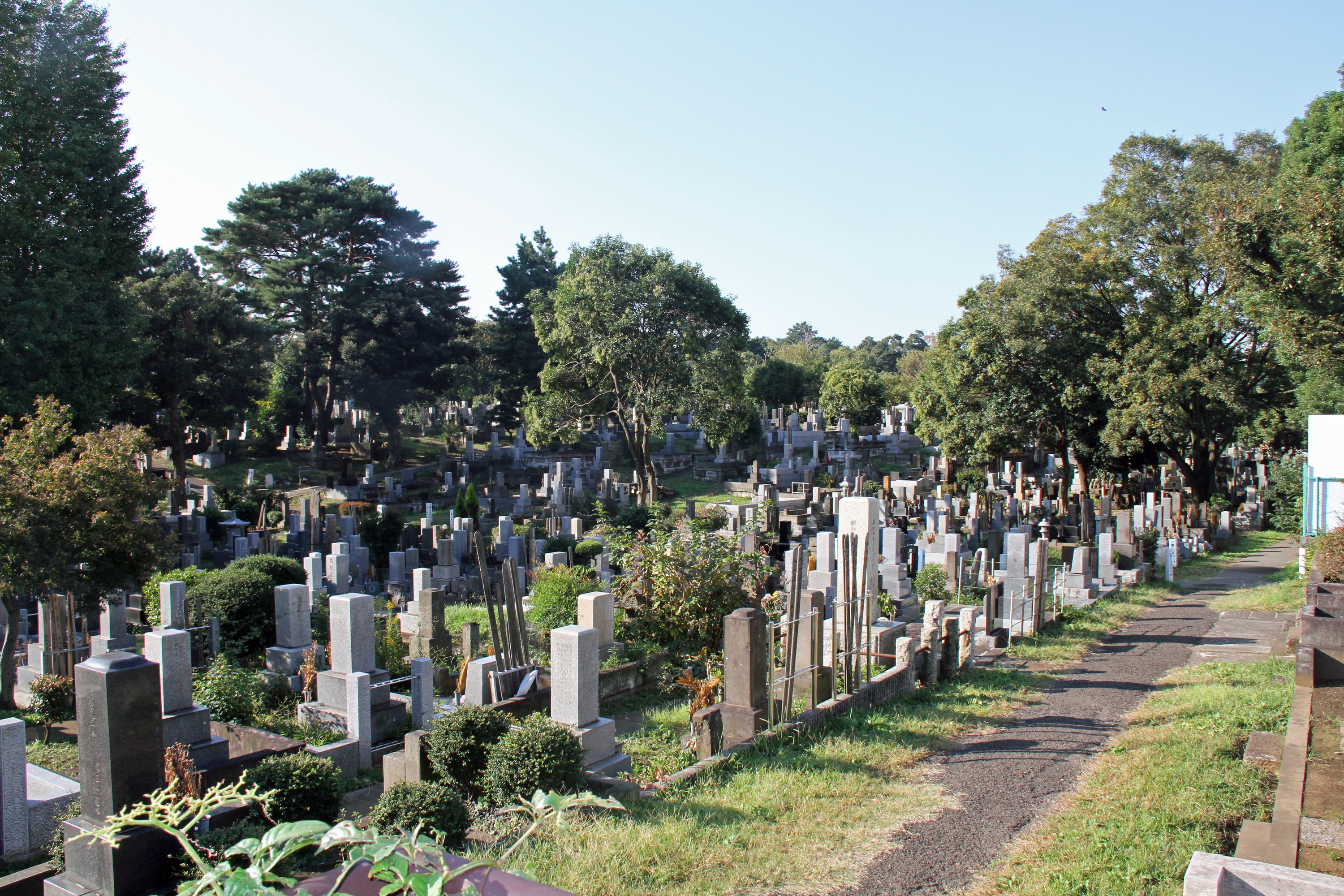 What inspired your upcoming exhibition and where does the title 'Rebirth of the World' come from?

The art displayed at this exhibition was created after the 2011 Tohoku earthquake and tsunami, and it plays on the relationship between humans and nature. When a natural disaster strikes, there is little we can do to protect ourselves from its power. But as the years pass, people start rebuilding what is destroyed. In this exhibition, I attempt to express this strength of humanity, that even after destruction, there is creation.

For this exhibition, what media have you worked in?

I’ve collaborated with New Zealand animator Bruce Ferguson to create an animation utilising motion capture and game engine technology. It's an interactive piece in which a sensor placed on the ceiling detects the arrival of the audience and triggers the dormant characters to come to life, singing and dancing.

As someone who was born and raised in Tokyo, does the city inspire your art? What are some of your favourite neighbourhoods or places?

In a big city like Tokyo, it is difficult to get in touch with nature. But in cemeteries, you can see insects, cats and other animals running around amid wild trees and bushes. I like to think of them as oases in the middle of the concrete jungle.