Throughout the history of performing arts around the world, women have often been pushed away from the stage. In Elizabethan England young male actors would play the women in Shakespeare’s plays, and in Japan women in kabuki were outlawed by the Edo government, thus giving rise to the ‘onnagata’ – male actors specialising in female roles.

But there is one branch of performing arts in which a few determined women have survived. Gidayu-bushi, included in some forms of kabuki theatre, is the chanted, shamisen-accompanied narration for traditional bunraku puppet theatre and its forerunner ningyo joruri.

Gidayu is performed by the tayu (storyteller), who conveys the thoughts, speeches and emotional landscapes of all the characters on stage, regardless of gender.

Women were first allowed to perform this role in the late Edo period, while during the subsequent Meiji period they rose to a status not unlike that of today’s pop stars, with even the Japanese literary class falling for their charms. 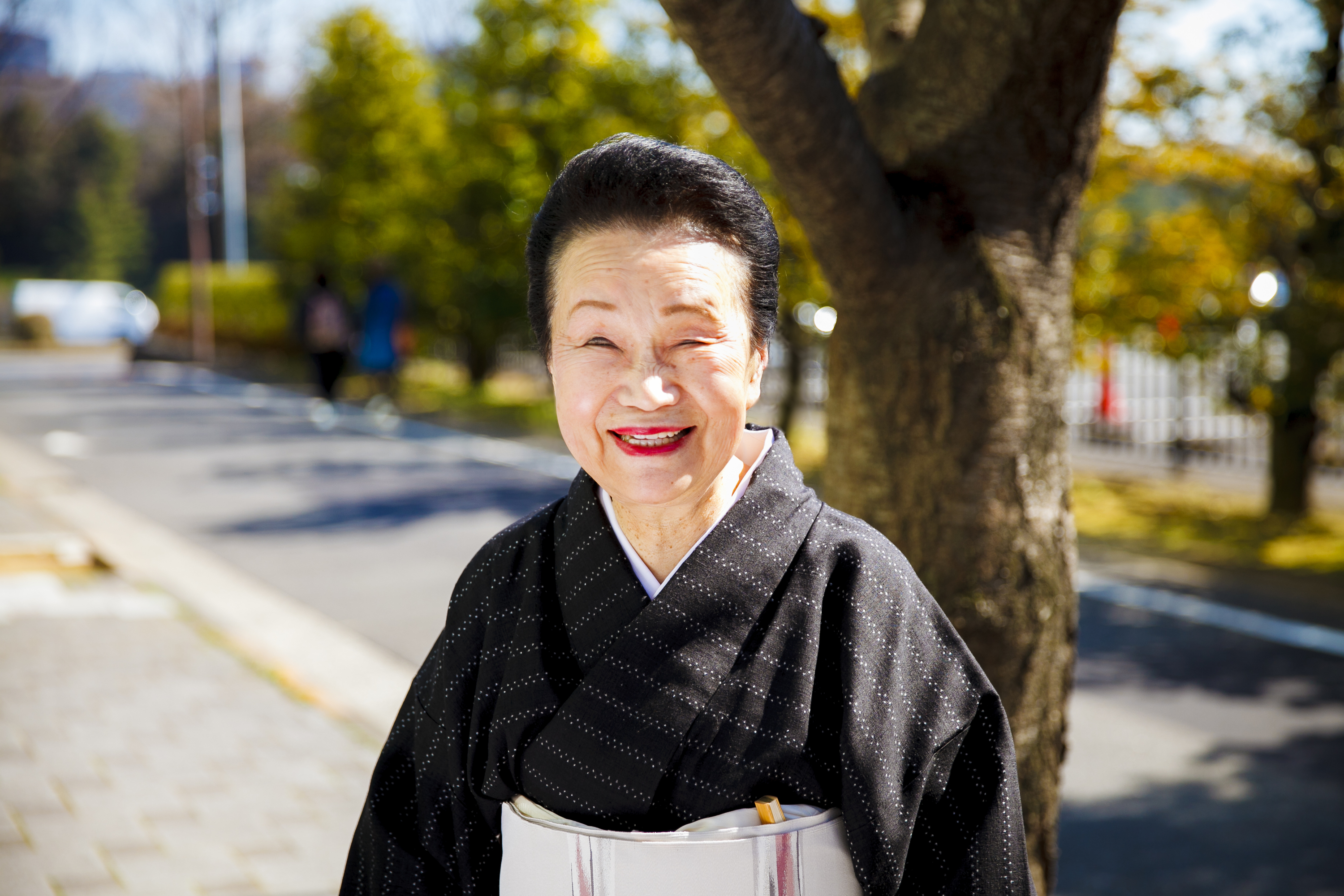 The premier storyteller in the joryu gidayu (‘women’s gidayu’) style is Komanosuke Takemoto, named a ‘living national treasure’ by the Japanese government for her contribution to the artform. This 81-year-old is a unique performer who carries centuries of tradition on her shoulders.

‘My mother would tell me I’m loud and have the plainest face in all of Japan,’ recalls Komanosuke. ‘That apparently meant I was well-suited to be a tayu, as you always need to grimace during the performance. I was forced into it before I really knew anything about it,’ she laughs.

‘One time when our family was hosting a group of female gidayu masters from Osaka [a centre for the artform], they were kind enough to listen to my story-telling. They called me a prodigy, so in my third year of junior high school, it was decided that I should go to Osaka and study under a master there.’

Komanosuke eventually had the chance to study under tenth-generation puppetry master Wakatayu Toyotake, who then asked his protégé Koshijidayu Takemoto to teach her. Both men were famed tayu revered in bunraku circles, and training with them was no walk in the park: Komanosuke remembers how Koshijidayu told her ‘I can’t take on a woman student, so I will teach you as if you were a man’. 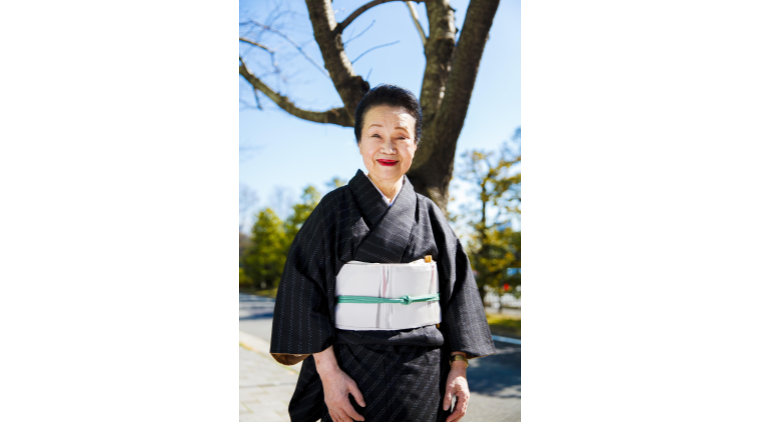 ‘Gidayu was a man’s art, but what he meant was that if he allowed himself to think of me as a woman he would be too easy on me,’ recalls Komanosuke. ‘Master Koshiji was very stoic, and it would have been insufferable to him to sugarcoat his teachings and imagine that his artistry could be transmitted that way.'

'People said he was such a tough teacher that most men could not have withstood the training, and he never took on another female apprentice after me.’ But Komanosuke also noted her master’s supportive attitude: ‘He told me so many times, “You shouldn’t think you can’t do t because you are a woman. Try it. You have nothing to lose”.'

‘Reciting gidayu is like a battle to the death; you have to put everything you’ve got into it, to the point that when reciting for an hour straight everything would start to go black before my eyes, and when I finished I would think, “gosh, am I still alive?”’ says Komanosuke.

‘I was often scolded for sounding feminine. But a true master, regardless of gender, can sound feminine if the character is a woman, and masculine if the character is a man. So it is very important to first of all forget who you are, and then go ahead to create the artistic illusion. That is where the personality of the character first emerges, so I definitely don’t think it’s easy to understand or play the woman’s part just because I’m a woman.’

Though she discarded her gender when it came to art and devoted herself to training, Komanosuke did play the part of a wife in real life. Scrambling to combine housework and child-rearing while also looking after her long-time master Harukoma Takemoto and mother-in-law, both of whom also lived in the same house, she often struggled with the demands of being a woman.

‘Joryu gidayu isn’t performed very frequently, so you can’t make a living doing just that. I did consider [giving up my work for] some favourable marriage proposals back in the day,’ laughs Komanosuke.

‘Master Koshiji also understood my circumstances very well, and would tell me “I know you don’t have much time for it, but please don’t even consider quitting”,’ says Komanosuke. ’Since childhood I was always saying I wanted to quit, but felt that it would be unworthy, even unforgivable of me if I failed to keep going – after all everyone had done for me.’

In a way, Komanosuke’s life is itself the story of her art. ‘A famous tea vessel, or any object of beauty, must be left untouched. I believe that in the same way, the traditional arts must be left untouched in form. But on the other hand, the intuition and imagination of a person who has devoted herself completely to the art give flavour to the traditional form,’ she says.

‘If I were a man, or if I had not married, my art would have turned out to be something different. But I have arrived at a point where, at every performance, I must act as if gender was of no consequence. I think that’s how it has been for most women at the forefront of traditional arts.’

Komanosuke Takemoto will be performing joryu gidayu at the Oedo Nihonbashi-tei theatre on June 20. See full details for the event here. 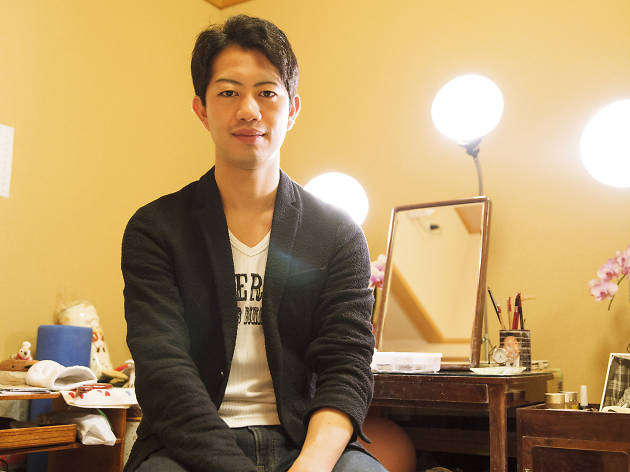