Go to the content Go to the footer
Time Out Tokyo
日本語 English
Popular cities London New York Paris Chicago Los Angeles Lisbon Hong Kong Sydney Melbourne Porto Singapore Barcelona Madrid Girona Browse all cities
Sign up to mailing list Search
Fans of Kyary Pamyu Pamyu, rejoice: the Laforet Museum is currently hosting an exhibition highlighting art centred around the Harajuku pop princess. On until Christmas Day, it displays all of her album sleeve artworks and plenty more, covering everything from Kyary's debut up to the present.
This show coincides with the release of the single-volume book 'Kyary Pamyu Pamyu Artworks 2011-2016 | Steve Nakamura', which zooms in on the same timespan as the exhibition. Steve Nakamura is the man behind Kyary's unique visual image, having worked with her from the start, and his book presents a comprehensive look back at the duo's artistic relationship alongside some rough works for you to pour over.
We sat down with Steve, who is also the art director behind every Time Out Tokyo cover since our second (Spring 2014) issue, and chatted with him about life, work and how he manages to create cutting-edge imagery from very analogue ingredients. 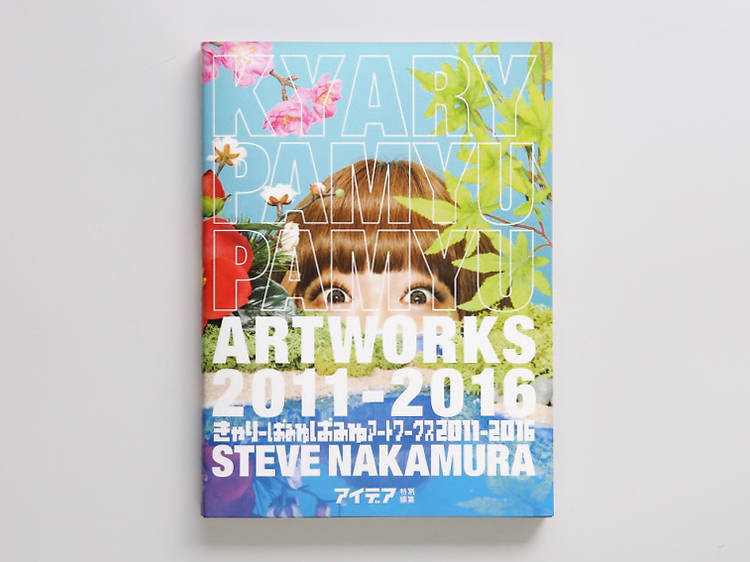 In the book, over 300 of your visuals for Kyary Pamyu Pamyu are compiled together. Looking through it, how does it feel seeing them all in one place?

I was a bit surprised by the sheer volume, because when you're making them one by one you don't quite realise how they work as a whole. But looking back, I think of how much energy was put into all the work. I may not have noticed at that time, because I was in the moment, but now I can see how everything flowed together.

Improvisation played an important part. Specifically, the work I did with Kyary, because so many of those ideas were created on instinct. For me, there’s not a single piece of work that necessarily stands out, but rather the entire five years of work which feels like one documentary.

So although you may not have realised it at the time, there was always a continuous flow?

It’s always been about creating the best artwork in the shortest period of time. So the work has never tried to be perfect. I’ve always wanted to get the idea out there while it’s still fresh. Whatever I was into at that time, has always been reflected into the process. As I’ve never had time to look back at each piece of work.

Because while I understand that some other types of projects strive to be perfect, that was certainly not the case with Kyary’s visuals. It’s always been quite loose but at the same time, intense throughout these five years.

Tell us about your very first impression of her.

Before we actually met, I was introduced to her blog. First time I saw that, I knew that she had a different way of looking at the world. An open mind. I got a sense that there were lots of interesting visual possibilities to explore.

So you found yourselves quite compatible.

Yes. The fact that she doesn't over-calculate things, or focus only on one specific thing, is an important aspect to work with. I don’t like situations that are too constricted.

With Kyary, did you expect to be able to push a wide range of ideas?

I’ve always tried to think of ideas that would surprise her. But at the same time, I don’t force ideas that wouldn’t fit into her image. That wouldn’t be fun, and it would probably show in the result. The psychological aspect is important, in terms of creating the right mood and motivation.

I’m also conscious not to repeat things we’ve done before. Not only for her, but for me. Because it’s also my work. I believe if your heart isn't into it, it will be impossible to create good things.

How does the process of creating Kyary’s artwork differ from general commercial work?

The advertising world is based on marketing. They try to analyse what is currently ‘cool’, and calculate how it may appeal to young people. I’ve never done that with Kyary’s artwork. It’s about creating whatever I think is interesting at that moment. Instinct over information. 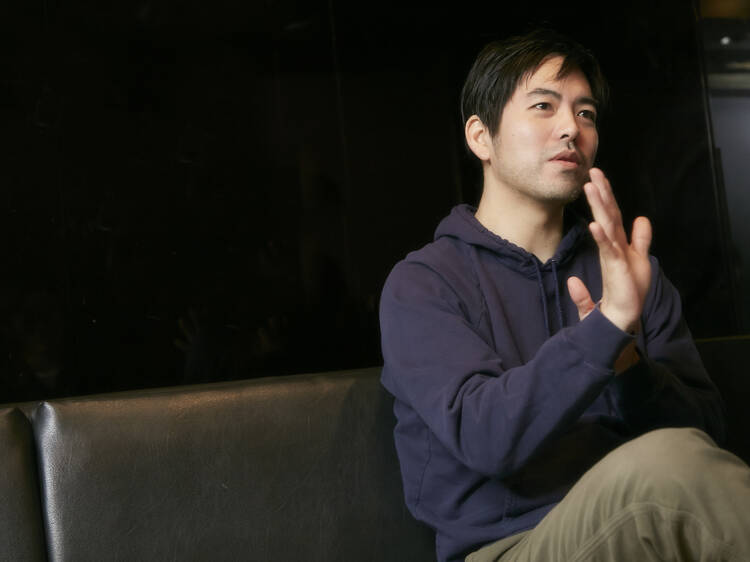 When Kyary's debut Moshi Moshi Harajuku hit, some felt she was bringing a new language to Japanese pop culture. Five years on, she's really turned into the focal point of pop culture here. Has how you direct her changed in that time?

With all her other work in commercials, music videos, concerts, magazines, etc, I believe that the CD artwork has been the purest expression of her image – and she'd probably agree. I think because our photoshoots have a small crew, a more personal feel. Everyone can be natural, which is a good environment to concentrate.

It’s much different from performing in front of a big audience or clients. It’s also more open to challenge new things. Throughout the years, that hasn’t changed. When you start thinking about what everyone expects – from old, young, male or female, it becomes difficult to create interesting ideas. I don't think we’ve ever made anything particularly offensive, as you can see from these works. It's just a playful twist of pop culture – just a different way of looking at it.

Speaking of pop culture, there must be quite a difference between the pop culture of Japan and your native US.

Of course there’s a difference. But when you integrate different cultures together, sometimes you can find a common ground. It has to be somewhat familiar, not too abstract. There are a lot of elements of foreign culture that exist in the subconscious of Japanese people. And it’s important not to follow what everyone else is into. I always draw upon ideas based on my own personal experiences.

So do you try to create things that won't become dated?

I try to create things that I won’t get tired of down the line. That means staying away from what may be considered fashionable at the moment. To a certain extent, we’re all influenced by particular trends, but there’s big difference between copying them and being influenced. I think if you’re aware of the difference, then the work has a deeper potential.

That's why timing and environment are also important. If everyone's using red now, then by using a different colour it has a higher chance of standing out. I don’t place much value on trends. It's more important to consider how your work will be relevant in the future. For instance, certain things I liked when I was a child still haven't changed up to now.

And with that you mean art, music...?

When I was a middle school student I listened to Steely Dan, as I still do today. I may not have had a deep understanding of why at the time, but I felt it. And when it came to art, I always liked childlike paintings – because they conveyed a certain pure emotion. I find there are too many fashion magazines that try too hard to be cool. I think it’s embarrassing. The true meaning of ‘cool’ is not an act. A similar philosophy applies to people who think they are 'cute'. In reality, babies are the cutest [laughs].

I see [laughs]. You can tell whether or not something is pure.

Yea, I think I’m sensitive to that. You can tell immediately. People who try too hard, or act too tough, you can generally tell. Because of that, I try to create a more relaxed environment and avoid those overly tense people.

What are the roots of your creations?

I've always been interested in modern art, but I also studied jazz in high school. Back then, I recall looking at Steely Dan's liner notes, and discovering various jazz musicians who had contributed to the keyboard or guitar solos. Then I gradually moved from rock-jazz to jazz. Jazz has influenced me a lot in terms of improvisation. There's always an underlying structure, which you can build upon. An environment which has space for improvisation. Through that, you can also create things which convey your own feelings.

I think Bill Evans was asked in a 1960s interview 'why jazz is new', and he said, 'Jazz is the revival of classical music. Classical music also used to be improvised, but back then there were no electronic recording devices. So in order to preserve the music, it was copied on sheet music. Through time, people began to rely too much on the sheet music, as improvisation became lost. So in turn, the classical musician’s role now is to play "the perfect composition".’

You were raised in the US and studied in the UK, but you never wanted to be based abroad instead?

Yeah, I’ve thought about it. But I’ve been here since 2011... They probably pay more in the US, but I ultimately I prefer the Japanese lifestyle. But the one thing that I don’t like about Tokyo is the lack of nature. Sometimes it’s hard to relax. Then again, if I lived out in the middle of nowhere, I wouldn't be able to access all these strange objects, things I need for work [laughs].

In contrast, is there a place in Tokyo you love?

I like Jinbocho. Sometimes, on my day off, I go there alone to buy some books, then eat curry or gyoza for lunch, then come back. The food is always amazing in Tokyo. From Japanese to Italian – it's not easy to travel outside of Tokyo every week. So things to do? Eat. When I have time, I go out with the purpose to eat good food.

If money and time were no object, what would you like to pursue next?

I'd love to make another book. It’s personally satisfying. And maybe in the future, create a film. But I’ll need more energy for that.

In the future, what else would you like to create with Kyary Pamyu Pamyu?

Something different from the current book. But I’ll decide when that time comes.

This interview has been translated, condensed and edited for clarity.