Criss-crossing the worlds of art and design, Shun Kawakami is a man of many talents. Born and raised in Tokyo, he’s attracted international attention with multimedia works that bring together classical Japanese art and cutting-edge digital media, all while managing Artless Inc, a design agency that’s injecting some sorely missed fizz into the world of Japanese advertising. But Kawakami’s true passion lies a world away from Tokyo’s mega-billboards – in the aesthetics of 16th-century Kyoto, its zen gardens, ceramics and philosophy. We caught up with the artist, who last year set up an office in the ancient capital, to talk pine trees, rock formations and how being an outsider in Kyoto can be surprisingly advantageous.

Your work draws on the traditional arts of Japan, but do you practise them yourself?
I describe my art as mash-ups, combinations of many different ideas. My themes and visual concepts are very traditional, but the output is modern. At a glance, my work probably looks like traditional Japanese painting, but it’s all digitally printed or photo collages. I can’t draw or even sketch, but can ask a calligrapher to write characters, which I then scan or photograph and incorporate into my work. Mine is a very collaborative process.

Much of your work depicts pine trees. What’s so fascinating about pines?
In the Azuchi-Momoyama period [1568-1600], Kyoto was the centre of Japan and the quality of Japanese painting reached its pinnacle. It was a sort of golden age, and I’m deeply inspired by the art of that period. That was also when arts such as the tea ceremony were born, and motifs like the pine – a tree symbolising Japan – came into vogue. The pine is green year-round, so it’s thought of as a strong, lucky tree. The shape is also very beautiful, asymmetrical, and resembles bonsai trees. I like how it’s imbalanced but perfectly balanced – that it has a certain humanity to it.

Are there any specific Azuchi-Momoyama period artists you look up to?
Hasegawa Tohaku, whose ‘Shorin-zu’ pine tree screens are designated National Treasures of Japan. Also, the Kano school and especially Kano Eitoku, whose use of empty space is brilliant. But more than being influenced by them, it’s about studying their lives and work, trying to hone my own aesthetics and senses to get closer to the level of these greats. That’s why I have to go to Kyoto, to learn.

Right, you recently set up an office in Kyoto?
Yeah, I’ve been doing a lot of projects in Kyoto recently, so I needed a place to stay, and also wanted to work more in the city. [Having an office] opens up a lot of new opportunities. Kyoto people are becoming more open, the culture is changing. Well, the locals still think of me as a ‘foreigner’, but it’s something I try to use to my advantage.

How do you mean?
Tradition in Kyoto isn’t just something from the past, it feels more alive. Tradition continues up to the present – for example, one of the ceramic artists I work with is a 16th-generation artist from a family that’s been in the business for 400 years. But he’s about the same age as I am, and is obviously alive right now, working and taking his craft into the modern era. In Kyoto, people’s backgrounds are very deep, they think back hundreds of years.

Being from Tokyo, I notice how in Kyoto tradition is part of everyday life, you feel its presence, which is very exciting. People talk about things that happened centuries ago as if they occurred yesterday. Tradition isn’t something you feel every day in Tokyo, so I try to take it in as much as possible when I’m in Kyoto, study it even more extensively than Kyoto people, who are born and raised with it. I’ve often been told that difference can be seen in my work: Kyoto people see it as Tokyo-like and vice versa.

Do you have a favourite place in Kyoto?
Ginkakuji Temple. It’s very modern, stylish, and the rock garden is gorgeous. The garden is meant to be enjoyed at night, in moonlight, which explains its curious shapes and makes it really interesting. Also, Kyoto’s summer festivals are very different from Tokyo’s: the latter are more down to earth and folksy, while Kyoto festivals were originally held for the aristocracy and are formal, subtle, smoother... fluid, if you like. 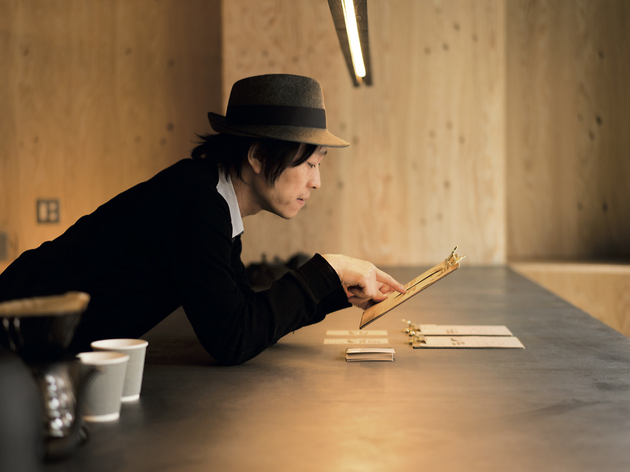 Shun Kawakami directs the Modern Kyoto Ceramic pottery exhibition at Kenninji Temple’s Ryosokuin hall in November (see modernkyotoceramic.com for more info), and his new bilingual book, ‘Between Art and Design’, is on sale at the Kyoto Okazaki Tsutaya bookstore. You can also see his collage work at the Kanra Kyoto hotel (hotelkanra.jp/en).