Love Japanese arts and culture? Tick off our one-minute survey at the bottom of the page (or click here) and let us know your interests.

A comprehensive celebration of Japanese arts and culture that’s part of the lead-up to next year’s Tokyo Olympics and Paralympics, the ongoing Japan Cultural Expo features everything from art exhibitions to performing arts events taking place throughout the country. The expo offers something for everyone, but the vast number of happenings held under its umbrella can make choosing what to see a bit challenging. In this series, we’re checking in with six experts to get an insider’s take on the Japan Cultural Expo events that definitely shouldn’t be missed.

Our first curator is Junji Tanigawa, an artist, designer and self-styled ‘space composer’ who runs the JTQ Inc. consultancy. For Tanigawa, keeping culture and traditions alive is all about travelling to experience them at the source, rather than just reading about them at home. He’s eager to promote micro-tourism and Japan outside the big cities, and his event picks reflect this orientation. Read on for why, according to Tanigawa, the Japan Cultural Expo provides the ideal opportunity to get out of Tokyo and explore art and culture in the countryside. 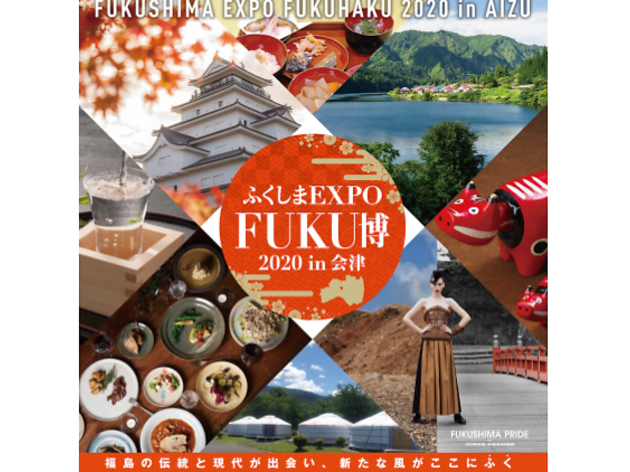 The Aizu region of Fukushima prefecture hosts this celebration of local arts and culture, which takes place across four areas and features a real smorgasbord of everything from food to festivals. Exhibitions and workshops will be conveying the charm of traditional crafts, while the food events are set to include collaborations with local wineries and happenings spotlighting the local cuisine. One sure highlight will be the fashion exhibition centred on designer Junko Koshino’s innovative use of Fukushima’s traditional crafts, including clothing and apparel made from silk and wickerwork.

For Junji Tanigawa, ‘Aizu has a wonderful tradition of craftsmanship, the atmosphere of a castle town and delicious food. And the Urabandai area, only an hour’s drive from the city, offers beautiful nature in the form of Mt Bandai and the Goshikinuma ponds. That nature has such power, and combined with the depth of the culture, makes Aizu a place you’ll want to come back to again and again.’

‘Fukushima suffered terribly from the Great East Japan Earthquake and Tsunami 10 years ago, but has made a great recovery thanks to the efforts of the local people. That’s something you always keep in mind when visiting the region.’

Note: This event ended its run on November 30. 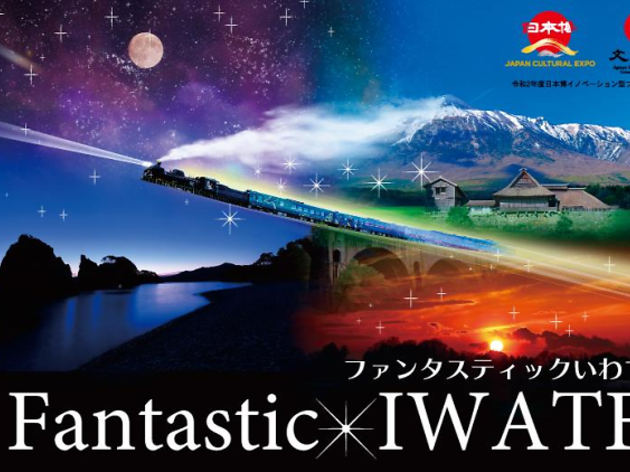 The ‘Fantastic Iwate’ project, which ran from June 2019 until the end of March 2020, sought to show the world how far Iwate prefecture has come since the ‘triple disasters’ of March 2011. A region rich in history, the prefecture organised events highlighting traditional performance art, the world-renowned literature of the Iwate-born author Kenji Miyazawa, and other elements of local culture.

For Tanigawa, the focus on Miyazawa’s work was particularly interesting. ‘Much of his writing is available in translation, so international visitors touring Iwate could seek out places familiar from the novels, maybe look up at the same sky as Miyazawa once did. That sort of thing really brings the text alive.’

‘Iwate itself isn’t the most recognisable part of Japan, but associating it with a famous author and holding events in that author’s home region is an effective way to raise interest. It’s unique, too – many regions have great seafood, but only Iwate has Kenji Miyazawa. Events like Fantastic Iwate are a step in the right direction, and I hope something similar can be organised in other places in the future.’ 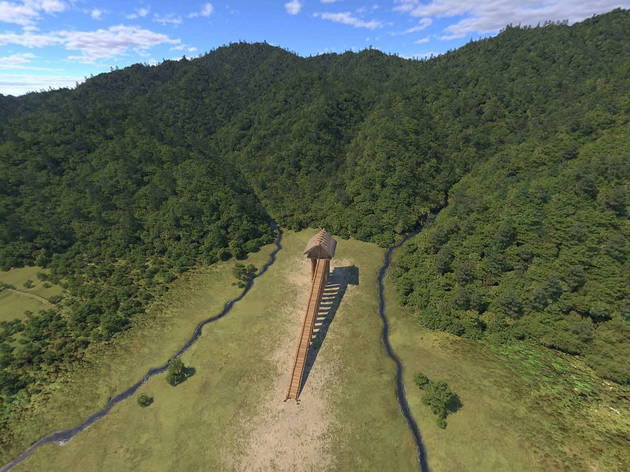 Izumo is known as the ‘land of the gods’, where all the countless deities of Japan gather to confer once every year. This event, taking place at Izumo Grand Shrine and in its surroundings, unfortunately had to be scaled back due to the Covid-19 pandemic, but still offers plenty to see for the casual visitor. The highlight is a series of virtual recreations of an ancient shrine building, which in legends is said to have been 48 metres high; you can view this mythical structure from various angles on your smartphone and through a VR headset while strolling the shrine gardens and when visiting the garden of the Museum of Ancient Izumo. The augmented-reality and VR displays will be on from November 16 until at least March 31 2021.

‘The location is what really draws you in here,’ says Tanigawa. ‘The Izumo region, located on the border of Shimane and Tottori prefectures, is renowned for its crafts and community culture. There’s plenty to see and do, but the place is not in the least bit touristy. Go here and you’ll be able to get in touch with the roots of Japanese culture. It’s such a shame that many of the events had to be cancelled this year.’ 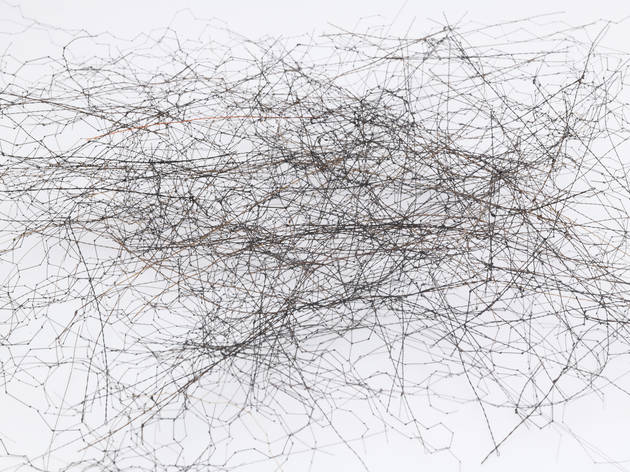 A joyful celebration of artistic diversity, Art Brut Creation Nippon is a nationwide festival that takes place from February 2020 until February 2022 and features work by a wide range of artists, including many with mental and physical disabilities. Besides a main exhibition of art brut or ‘outsider art’, the programme includes accessible theatre and a variety of other shows performed by artists with disabilities. The festival is set to include events in the Kanto and Tohoku regions later during its run, so keep an eye out for updates.

‘Labels such as art brut and outsider art are well known especially in Europe, and exhibitions focused on such art have recently become more common in Japan as well,’ says Junji Tanigawa. ‘I’ve actually helped organise some of them, and own art brut pieces myself.’

‘Once the Covid-19 pandemic subsides, I think we’ll see new connections take form between artists in Japan and overseas. Art Brut Creation Nippon is split into seven parts and takes place not only in the big cities but also out in the countryside. That’s indicative of how, once international travel becomes possible again, artists may look beyond urban areas, choosing instead to visit smaller localities in order to get a feel for grassroots culture.

‘The festival period is long, too, so visitors will have plenty to choose from. That also allows for a broader range of opportunities to interact with different people throughout the country.’

Note: This event ended its run on December 20. 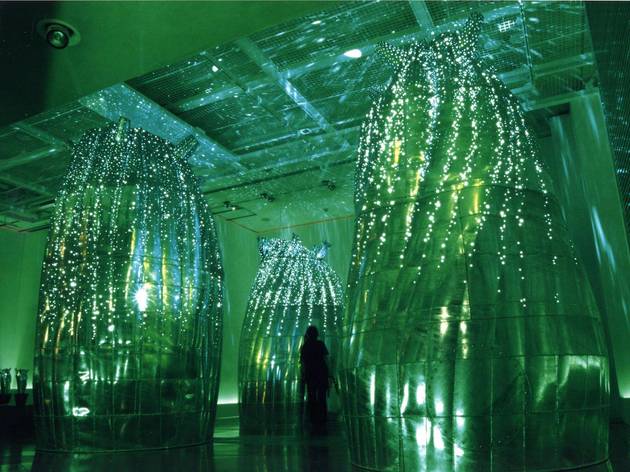 The Biwako Biennale is a veteran among Japan’s art festivals: it was first held in 2001, when events centred on the lakeside Biwako Hall in the city of Otsu, Shiga prefecture. From its second edition onward, the festival has taken place across vacant homes and factories in the historic city of Omi-Hachiman, many of which date back to the Edo period (1603-1868). Those structures will serve as hosts again this year, and some events will also be held in nearby Hikone.

‘I picked the Biwako Biennale partly because of its connection with Art Brut Creation Nippon,’ says Tanigawa. ‘The Omi area in Shiga is actually a noted hub of the outsider art movement in Japan.’

‘The venues, on the shores of Lake Biwa, are easily accessible from Kyoto. There aren’t that many accommodation options in Shiga, so most art fans stay in Kyoto and make day trips to the festival. This setting is part of the Biennale’s context, part of what makes it unique.’

Note: The Biwako Biennale ended its run on November 23. 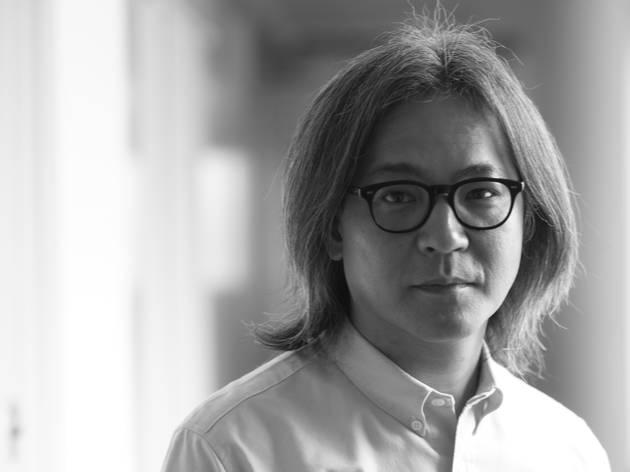 Born in 1965, artist and designer Junji Tanigawa established the JTQ Inc. consultancy in 2002. A self-styled ‘space composer’, his motto is to ‘relay messages in which space is understood as a media’. Tanigawa has produced a wide range of programmes and worked on corporate branding in relation to cultural events, the development of commercial spaces and regional revitalisation. Some of his projects include the Kansei Japan Design Exhibition at the Musée des Arts Décoratifs in Paris, the grand opening of Ginza Six, and the opening ceremony of the Japan Cultural Expo. He is a representative director of Media Ambition Tokyo and a member of the CCC Group, where he serves as CEO of CCC Creative and Chief Creative Officer of CCC Marketing Holdings.