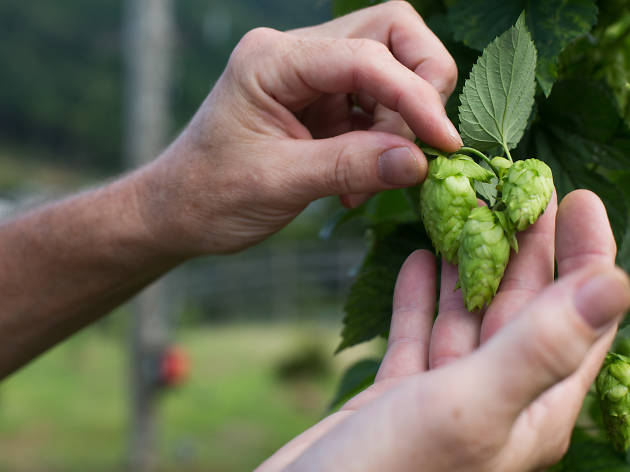 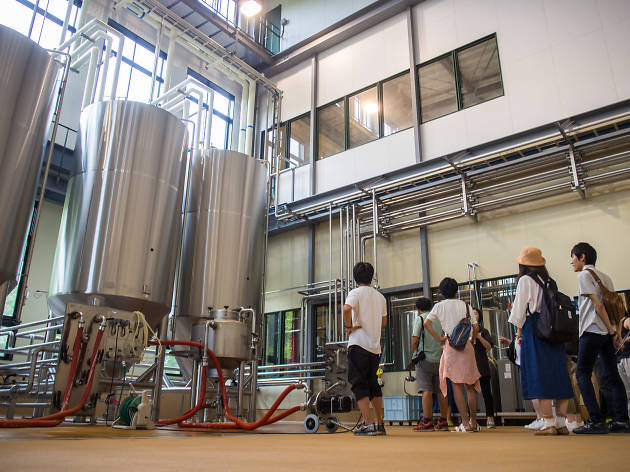 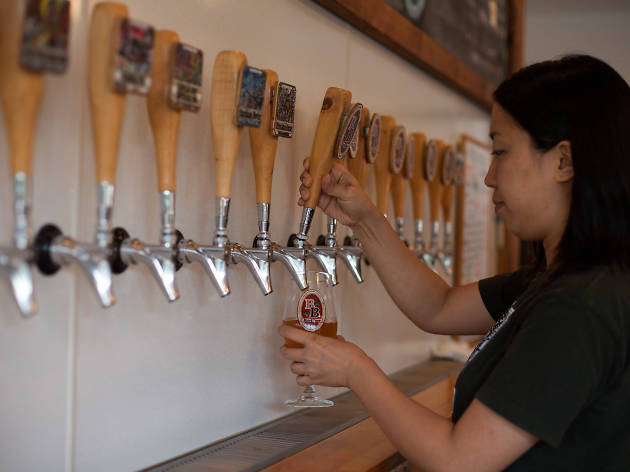 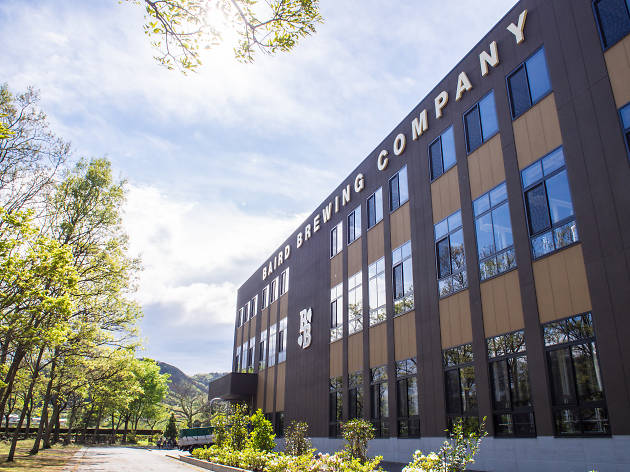 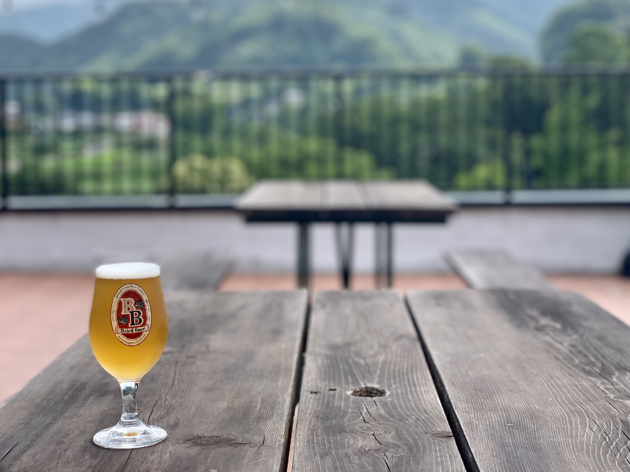 Baird Beer is distinctly aromatic, whether you’re sipping the Rising Sun Pale Ale, Red Rose Amber Ale, Suruga Bay IPA or any one of their seasonal and special craft brews. This is thanks to the use of whole flower hops, rather than the processed pellets more commonly used by other breweries.

This is just one of the nuggets of information you’ll learn on the Baird Brewery tour, which runs on weekends and public holidays at 12pm, 2pm and 4pm, and lasts between 30 and 45 minutes. As you walk through the brewery, you’ll learn about the beer-making process in general, and the ingredients, techniques and processes that make Baird Beer special. In a fitting conclusion, the tour winds up at the 20-tap tasting room to put what you’ve learned into context. A large deck juts out of the tasting room, overlooking the tranquil natural scenery, where you’ll easily lose track of time working your way through the tasty offerings.

Founded by husband and wife Bryan and Sayuri Baird, the brewery is one of Japan’s first craft beer producers, with its foundations dating back to 1997. This Shuzenji brewery opened in 2014 after outgrowing its former location, and is set by the stunning Kano River, surrounded by the lush nature Shizuoka prefecture is famous for.

Catch a taxi from Shuzenji Station (around ¥1,800), or a bus: get off at the Yasutake stop and walk east for about five minutes through the rice fields and past hops vines. Sure, Baird Beer has several taprooms in Tokyo but making a trip out to Shuzenji is an informative and enriching experience. Bryan Baird explains its allure in a simple equation: ‘Beer + Nature = Paradise’.