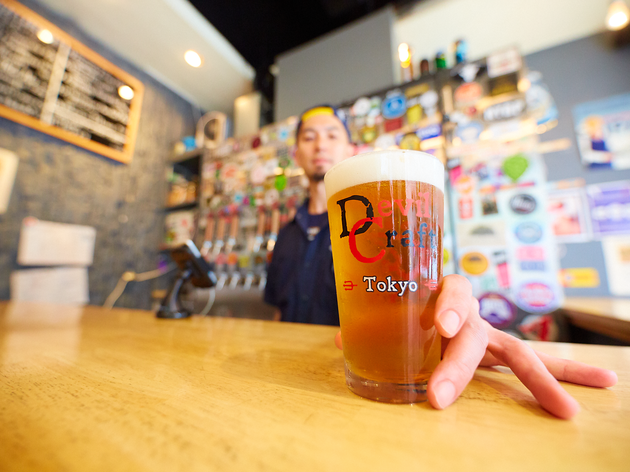 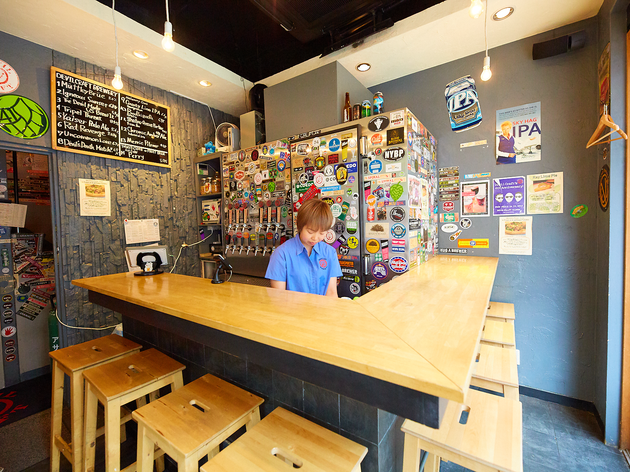 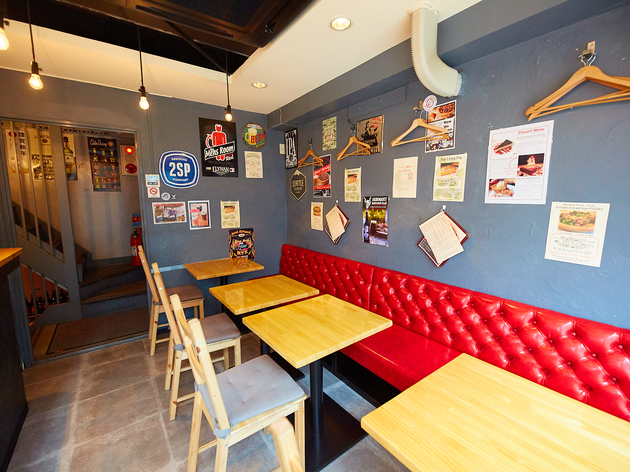 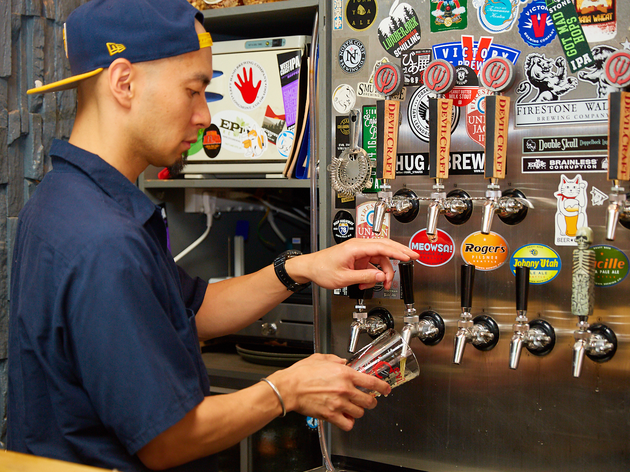 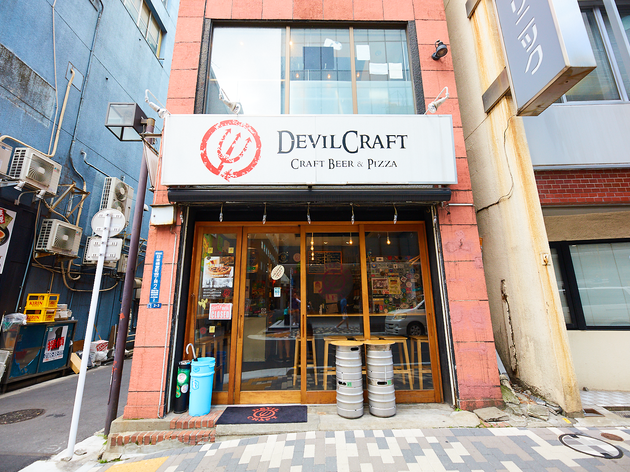 Opened by a trio of American homebrew enthusiasts in the summer of 2011, DevilCraft immediately stood out amongst the increasingly crowded craft beer bar market, for a simple reason: it was getting noticed because of its food. While you could always count on finding some top-grade tipples amongst the 14 draft beers on offer – with new additions every day – it felt like many customers were going for the Chicago-style deep dish pizzas as much as the beer. That situation has been changing for the better in recent years, especially since the DevilCraft crew finally started brewing their own beer in autumn 2015 – look out for innovatively christened creations like Schwarz From Hell, Clearly Evil IPA and The Devil in John's Brown. US pints average at about ¥1,000, and you'll probably have more fun if you snuggle up at the bar rather than heading for the drab table-seating area upstairs.