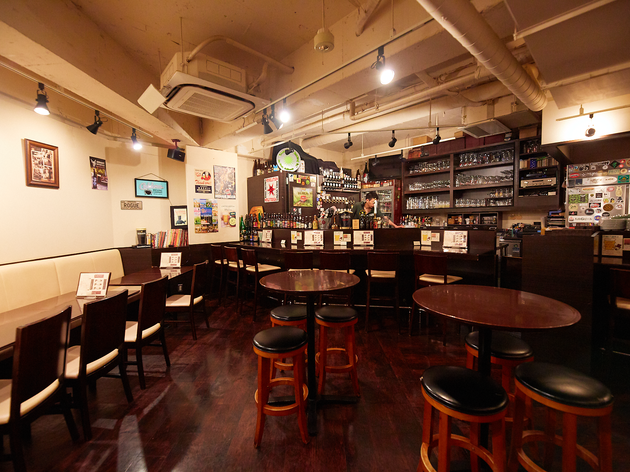 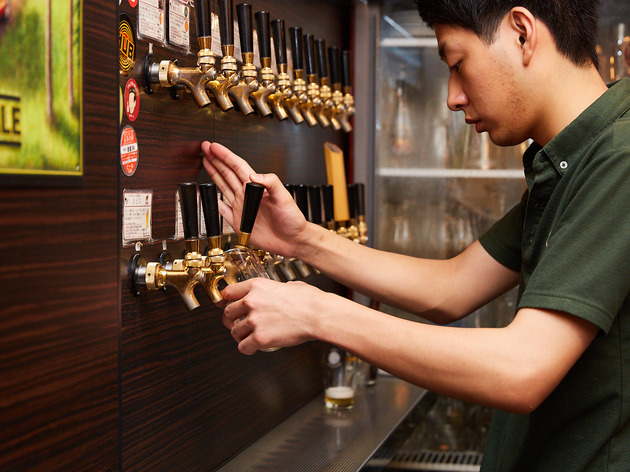 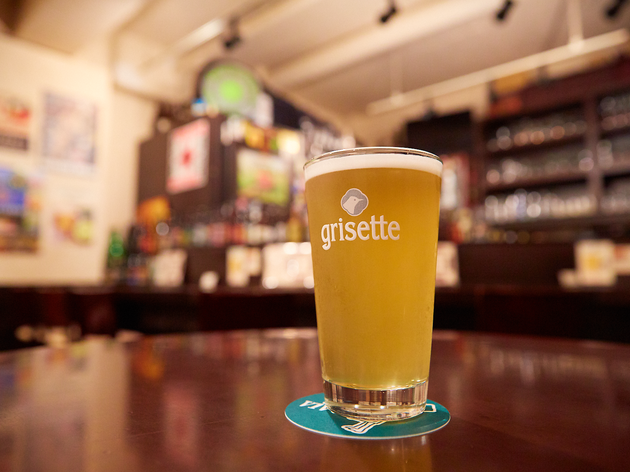 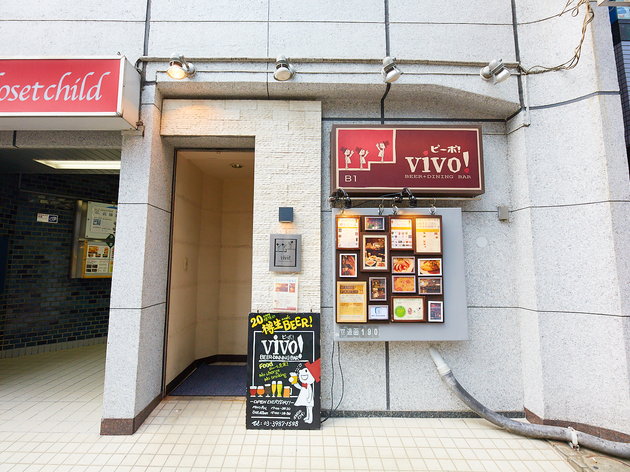 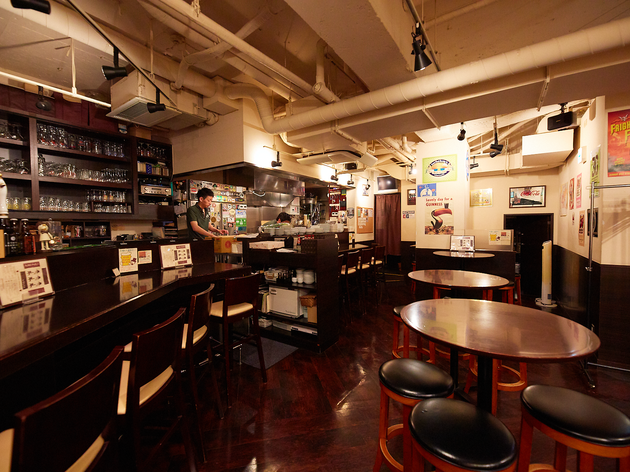 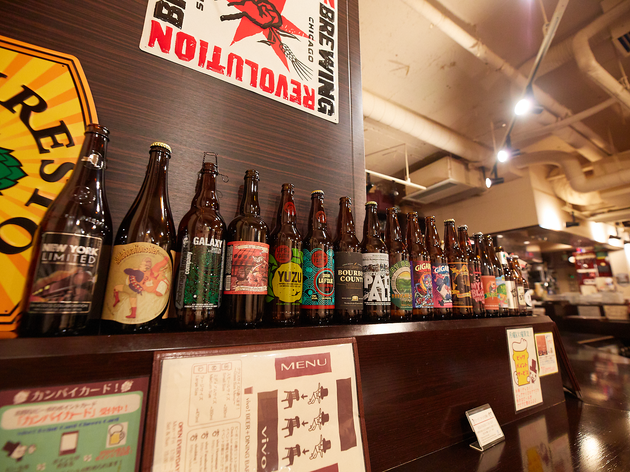 One of the forerunners in Tokyo's current craft beer boom, Vivo! has both relocated and dramatically increased the number of brews on tap since it first opened in Ikebukuro in 2003. The generic wood veneer decor of its basement location leaves a bit to be desired, but there's no faulting the beer selection, with 20 draft offerings from Japanese, American and Belgian microbreweries – plus Ebisu and Guinness, as a sop to the unimaginative salarymen who invariably stray in from time to time. We spotted brews from Rogue, Coronado and Ballast Point alongside the likes of Isekadoya, Sankt Gallen and Minoh, complemented by a lineup of bottles that ranges from the sublime (Green Flash, Stone) to the dire (Corona). Prices are roughly average, and it's one of the only places where you can get drinks in both US and UK pints (add ¥150 and ¥250 to the listed price for the 360ml 'regular' glass, respectively). The food menu sticks mainly to stodgy concoctions like pasta, pizza and fish and chips, few of which are particularly memorable.