People’s lives changed drastically for the better at the beginning of the Edo period under the control of the Tokugawa shogunate, and the development of the city’s water networks soon followed. This museum traces and explains the more than 400-year history of Tokyo’s waterworks. First, head up to the second floor where you’ll find ancient maps of the original water system (known as ‘josui’ in Japanese) and its wooden pipes. You can even walk through a recreation of traditional homes in the Edo period which features a replica well (a system used to access groundwater in the olden days). The exhibits on the first floor depict the history and the technical aspects of the modern waterworks from the Meiji era until now – they feature various public wells and a sample of Japan’s largest cast-iron pipe. 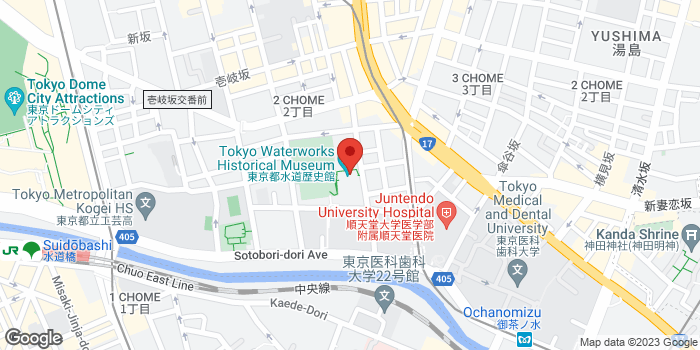