DJ Nobu believes that Tokyo’s club scene is in crisis. The widely respected techno pioneer believes a combination of generational and genre divisions and the limits placed on venues by the country’s restrictive nightlife laws could see the club scene crumble.

Nobu, who has gained a wealth of experience and insights during his globe-trotting career, is now determined to change all this by saving the scene that raised him. We caught up with the techno master to find out how.

You’re playing abroad almost every month these days, but has there been a recent place or party that really stuck with you?
Bassiani [a club in Tbilisi, the capital of Georgia, which opened in 2014 in a space underneath a football stadium]. That amazing energy is something you won’t find almost anywhere else in the world. A party that would only draw like 200 or 300 people in Japan easily gets an audience of 1,500 there, and the craziness never stops – not even at 8am.

How many shows do you play per month these days?
I try to keep it to between six and eight, including my overseas engagements. Just to uphold quality.

You played a back-to-back set with the legendary Ben Klock at Barcelona’s Sónar Festival in June 2018. What was that experience like?
I was so nervous! Partying at festivals and clubs in Berlin and London in my 20s left such an impression on me, but my true overseas techno baptism came in my 30s. That was when I attended a party at Berghain [a club in Berlin that occupies an old East German power plant where Klock is a resident DJ]. I met Ben Klock that time too, and left Berlin a changed man.

That was around 2010, and I’m so happy to have been able to play alongside Ben eight years later. I really felt like my efforts outside of Japan had paid off. The overseas audience thought our B2B was sensational over in Europe, but the Japanese media just kind of ignored it.

Why do you think you – and the likes of Ryuichi Sakamoto, who also played at Sónar – have come to be better appreciated abroad than in Japan?
Well, there is the issue of the [local Japanese] media, the people telling the stories. No matter how hard DJs try to promote themselves, there are certain limits [here]. It is pretty sad that the music media, which I think should back up the scene and provide support, doesn’t. Generally speaking, I think the fact I was given the opportunity to do a B2B with Ben Klock is really inspiring. If it wasn’t, I might have turned it down, since our styles and approaches are quite different. But I hoped it could inspire young DJs, give them something to dream about.

Does more need to be done to address the gender imbalance in Tokyo’s club scene?
Japan is far behind on a lot of things. The island nation mentality is one reason, and we need to enact change, but many DJs and fans either fear change or just sneer at these issues. In Berlin, the issues of gender and feminism are there as an obvious fact of life and you feel them very directly, which inspired me to educate myself.

I think parties reflect the societies they are held in, which is why each country has its own type of parties. A lot of people in Japan don’t like or are afraid of these issues, but change won’t come unless each one of us gets up and does something about it.

Are there any other things that you think need to change in the Japanese club scene?
The seniority system. I wasn’t allowed to play on the main stages of big clubs until I was around 34. Things are better these days, with more opportunities for young talents, but that custom is still alive. We really don’t need it.

In Europe, it doesn’t matter if you have a long or a short career – as long as you’re talented, nobody will stop you [from headlining gigs]. In Japan, people still look at you through the age filter.

What do you think about small clubs being raided by the police [due to licensing issues] just last year?
It’s really hard for me to answer that. I haven’t been able to do anything about what has happened [raids, club regulations and changes in the Tokyo club scene in general], so I don’t have the right to comment.

Beyond clubs, many things have happened recently that make me feel like freedom is being taken away from society. Every day is a struggle. They were talking about introducing daylight savings time just for the Tokyo Olympics and Paralympics, or telling people not to order things online during the Games [to minimise traffic congestion due to delivery within the urban areas]. It’s ridiculous. I’m reminded of the word ‘dystopia’ when I think of Japan these days.

But there’s positive change too, right?
I think young DJs are really doing a great job, and they are all super positive, which keeps me positive too. Seeing them having fun doing what they do has a really good influence on me. It’s great to have them. So us old guys need to do some minesweeping for them, prepare the ground [Laughs]. I hope the parties I organise can serve that purpose [provide a space for young artists]. 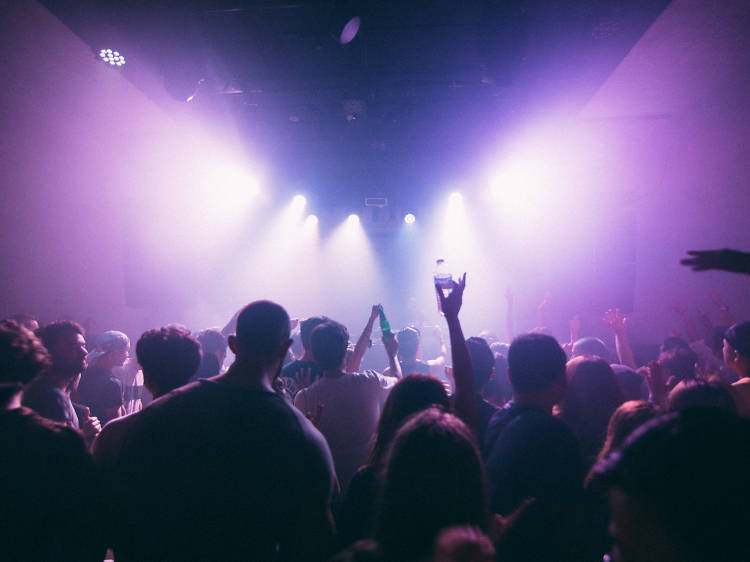 Looking for a proper night out? Here are Tokyo's best music venues and clubs by genre, as selected by our editors and the city's music experts 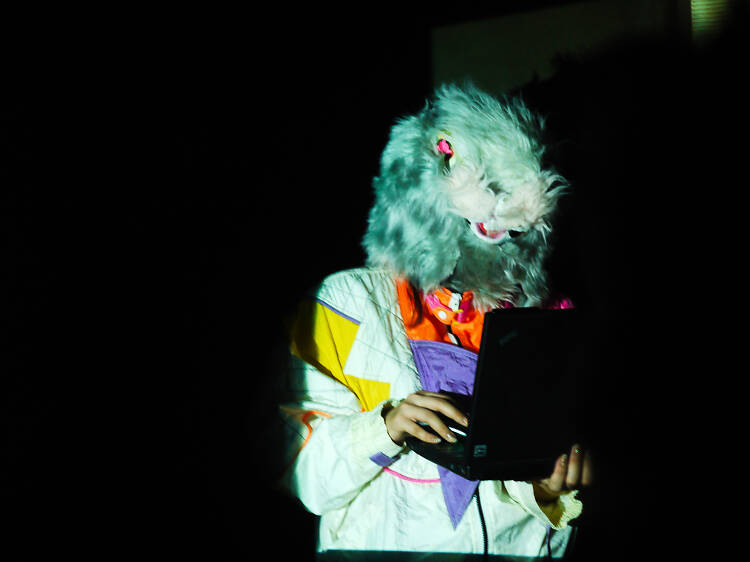 These live gig venues will keep you rocking, punking and discoing 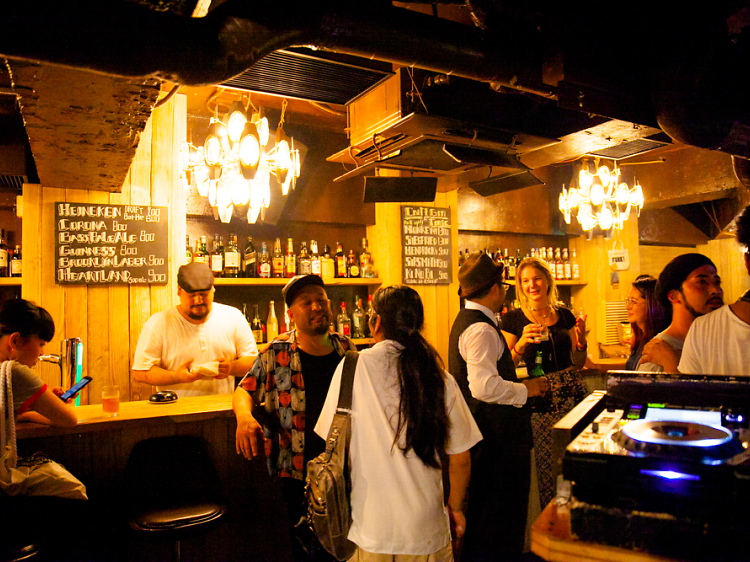 The best DJ bars in Shibuya

Whether you're into techno, house or jazz, there are plenty of places to get down in Shibuya – every day of the week