‘The borderline between the famous “major musicians” and the “indie musicians” – no one really knows where that line is.’

Sitting composedly in a black kimono-like jacket, Kai, guitarist for the acoustic duo TOW, explains this while Nue, TOW’s vocalist and accordionist, nods along vigorously. By this Kai means that while the lifestyles and degrees of fame in the two camps are wildly different, the idea that there’s a blanket difference in quality is simply false. Stacked side by side, he continues, most fans ‘wouldn’t be able to tell the difference’. 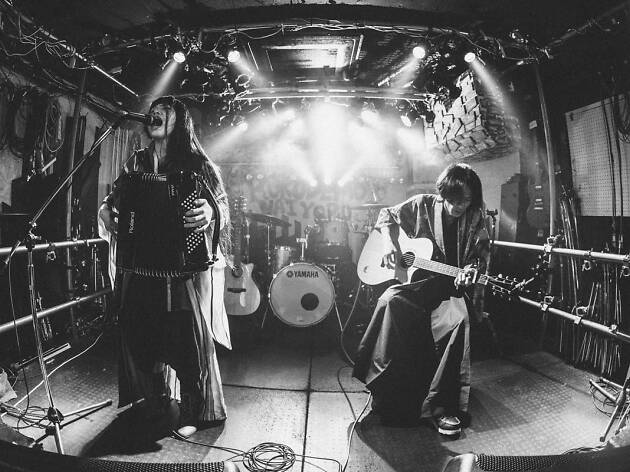 For anyone who’s seen TOW’s performance, which blends a swelling, beautifully eerie vocal style with understated acoustic guitar accompaniment, Kai’s assertion is self-evident. But to the vast majority of music fans, it’s a completely novel idea. After all, neither Kai nor Nue are ‘pro’ musicians. They keep an affable tight lip on their personal details, including their last names and respective ages, but don’t hesitate to admit that music isn’t their full-time job or even a sizable source of their income. This makes them ‘amateur’ musicians, in the strictest sense of the word – unsigned, or, more generously, indie.

And surely the musicians who manage to support themselves with their music, who are turning their art into real, profitable careers, are doing so because what they can create is simply better?

‘I had that image, too,’ admits American expat Justin Sachs, founder of the indie music event series More Than Music. As the man trying to change the image of indie music in Tokyo, Sachs is the first person to tell you that he was not a diehard indie fan from the first, but rather a convert himself. ‘I was just expecting to have fun in the beginning,’ Sachs explains. ‘And the bands were better than I expected. That’s probably why it continued. I was surprised at how good the music was.’ 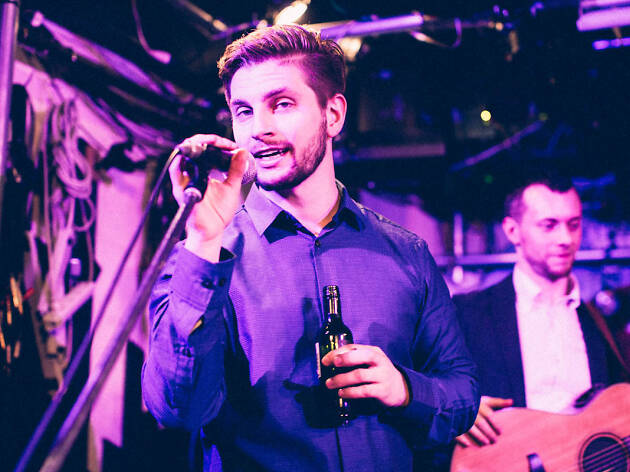 Officially launched in 2016, More Than Music is a Tokyo-based music community that puts on live events once a month. The events are carefully curated by Sachs, but he works alongside the musicians to design and promote the events collectively. Tickets sales from the events are used to promote the artists through video content, gradually expand the reach and ambition of the events themselves, and of course fund the musicians directly by paying for their time – a surprisingly rare policy in the underground Tokyo music scene.

But how does someone who didn’t set foot inside a live house until he was 28 wind up running one of Tokyo’s biggest indie communities four years later? ‘It started as home parties,” Sachs explains. ‘When I was living in Kyushu, I’d bring these people from different circles together.”

When Sachs moved to Tokyo he was shortly joined by his brother who wound up living with him for four years. Together they continued and expanded the home parties Sachs had been doing in Kyushu. ‘Me and my brother both liked cooking, so we’d invite people to the house and cook dinner. So at first it was like ten people, then fifteen, and then it just grew from there. We started putting it online, on Facebook.’

At its height, the Sachs brothers stuffed 67 people into their three-room apartment while they served up quesadillas on the spot. ‘We met a lot of cool people through that,’ says Sachs. ‘That’s how we met a lot of people in the music scene.’ 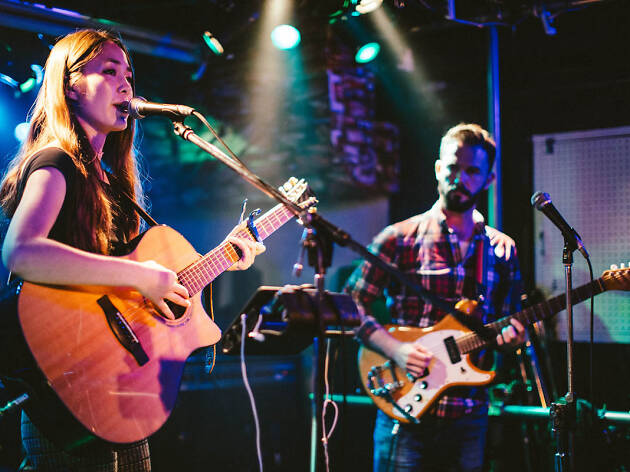 Sachs remembers being surprised to learn that his new musician friends were struggling to fill the audience at their shows while he had 40 people at his apartment every week just to eat some food. So he started emailing live houses looking for a place to host a music event, and Mandala in Kichijoji got back to him, offering him a spot in two weeks’ time. ‘It was a panic-stricken effort,’ Sachs remembers. ‘I just started reaching out to anyone and everyone who came to the house parties, and we wound up getting five bands together and a DJ, and 60 people showed up. The venue loved it, and three of the bands asked me to host their next show.’

Over the next few years, Sachs refined his system and explored the Tokyo music scene more deeply, all the while gathering together an increasing number of like-minded musicians, until More Than Music was born.

These days, the events consistently bring over 100 people, to the point where Sachs is able to negotiate better deals with the participating venues so that most of the night’s profits can go back to the artists.

One of those grateful recipients is singer-songwriter Kate Beck, who explains that it is rare in Tokyo to draw 100 people to a monthly show. Now a regular performer at MTM events, Beck says she started out as a fan of the events first and foremost. ‘I appreciated what they were doing – making consistently popular shows.’ 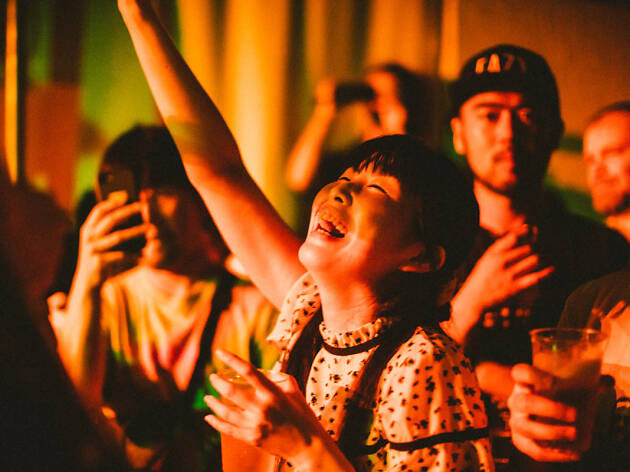 ‘Everyone has fun,’ agrees singer-songwriter Robert Taira Wilson, one of MTM’s most prolific performers and a close partner of Sachs’ in the event series. ‘It’s like 50 percent music and 50 percent just fun.’

But Wilson is quick to emphasize that MTM offers a lot more to the artists and the indie scene at large than just consistently well-attended events. ‘Justin is convincing the artists to value themselves more than they inherently do,’ he explains. ‘Before I met Justin I was organising free events at a bookshop. And it was hard to get anyone out for it even though it was free. And it was because it set you at this zero monetary value. Why would they want to come and see you if you’re worthless? Working with Justin, you have to reverse that way of thinking. The more you value yourself, the more valuable you will become.’

Beck and Wilson are close friends who have toured together and occasionally play together, primarily on acoustic guitars. Sometimes the artists texturise their guitar or vocals with a looper pedal, or bring other musicians to the stage, such as a violinist they share – Atowa Yuri – who composes accompaniments to their original music. 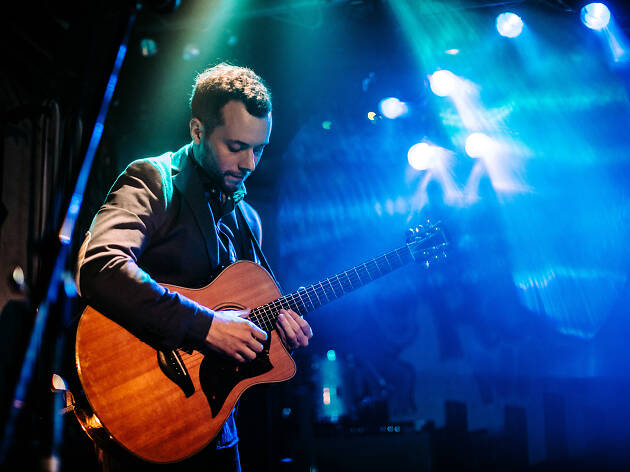 ‘These artists are pros.’ Sachs emphasizes in his turn. ‘They might not be able to support themselves financially because they don’t have the right breaks or they don’t know the business side well enough. But the quality of music is above and beyond. It’s not a lack of talent. And that’s what I want to share with the audiences that come to our shows. These guys are pro.’

Since its inception, the events have steadily grown in popularity and brand recognition. Nowadays, some of the guests know nothing about the participating bands and show up simply because they equate the MTM brand with high-quality music, which has been Sachs’ central goal from the start.

The initial success has fuelled and enlarged Sachs’ goals for the future. To begin with, MTM is expanding the number, diversity and scope of events, with the biggest show yet scheduled for November 2019, where Sachs hopes to have about 300 in attendance. But more broadly, Sachs hopes that the MTM platform can be a launching pad for his indie musicians to make the jump from pro quality to pro reality, synthesizing the elusive elements needed to get those musicians their ‘breaks.’ 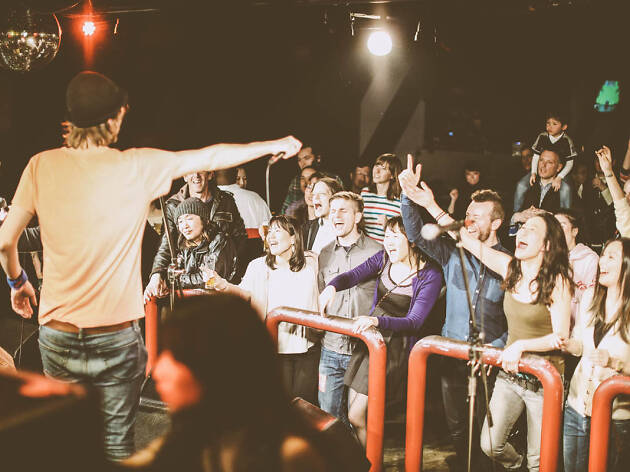 For the Japanese artists – and Sachs is careful to keep the acts at least 50 percent Japanese – the community that MTM offers brings something even more compelling: access to the international scene.

‘I don’t know if you can change the scene in Japan,’ reflects Yusuke Ajima, lead singer of Yowamushi Club, an electro rock band, ‘but you can make Japanese music more global. Instead of just looking at the domestic market and the pop market we should look to get Japanese music listened to by the rest of the world. That’s the best thing you can do.’

Ajima speaks from experience, having achieved that elusive status of a signed, full-time musician with his previous band The Flickers. But after six years, it became clear that to survive in Japan their music would need to become more traditionally pop. The band resisted and ensuingly disintegrated.

Now, Ajima works several non-music-related jobs to support himself, but remains optimistic that he can keep expanding how much of his time and income comes from music versus everything else. ‘This is the age of streaming music,’ he explains. ‘The power that record labels used to have is weakening. Musicians can self-produce, they can take that power that used to belong to record labels.’ 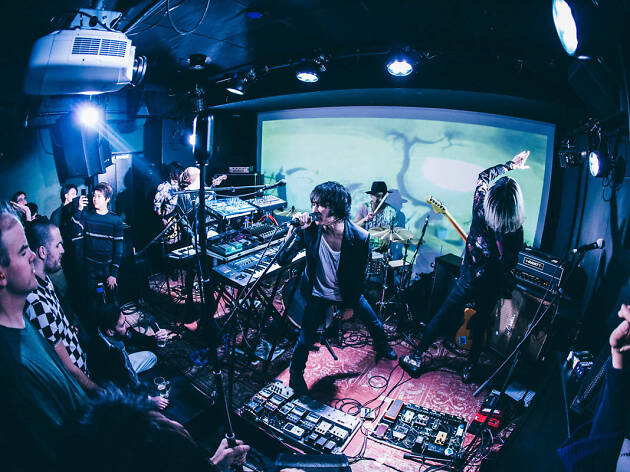 Through More than Music, Sachs is also trying to funnel that power away from the industry and back to the artists, guiding and empowering indie artists adrift in a music scene that’s still very much stratified between the haves and have-nots, and trying to lay a new path to success and recognition.

‘It’s important that Justin is a non-musician,’ Wilson explains. ‘He’s a bit of a mentor when it comes to the business side of things, for many artists. Anyone who wants to listen, he’s willing to meet with you and explain the steps we can all take to make success. And that’s really special. And for the people who listen and do the things he asks, they can really benefit.’

As the songwriter in him sums it up: ‘Everyone needs a lighthouse when they’re lost out at sea.’

Get into the groove 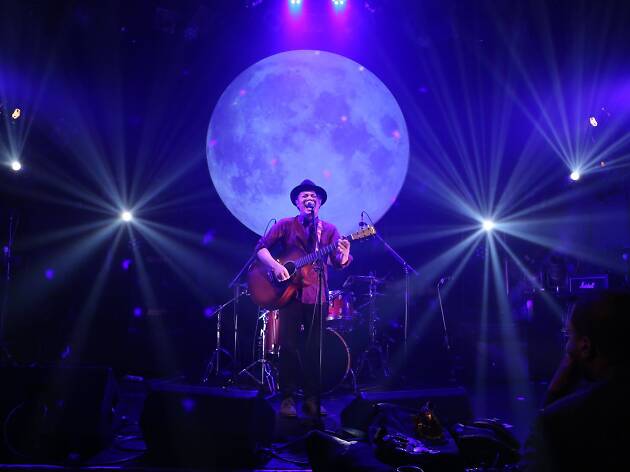 Tokyo has one of the most exciting local music scenes in the world, with top-notch talents on display any night of the week 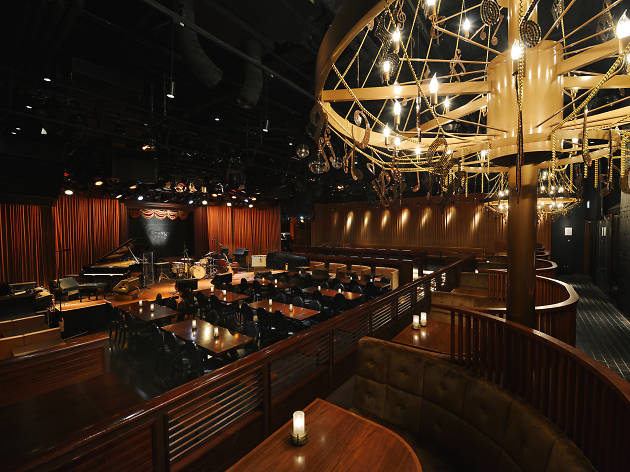 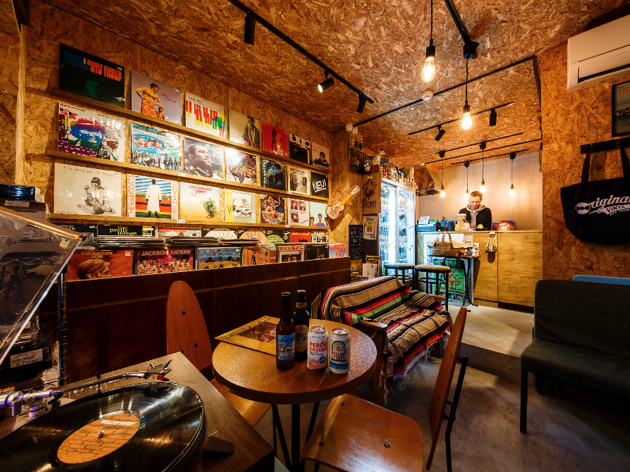 Vinyl records and good drinks go hand in hand. Here are the best record stores with bars in Tokyo