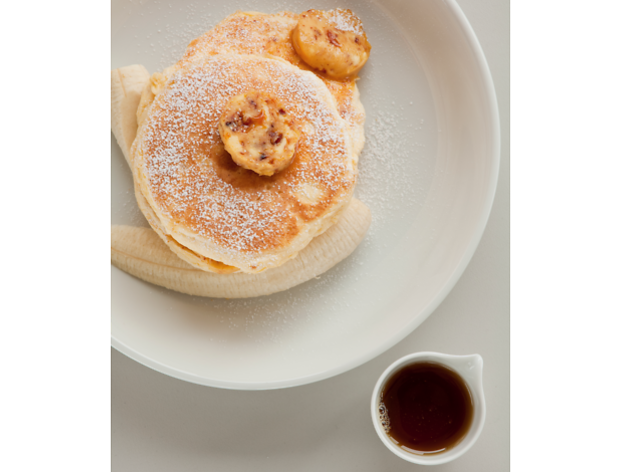 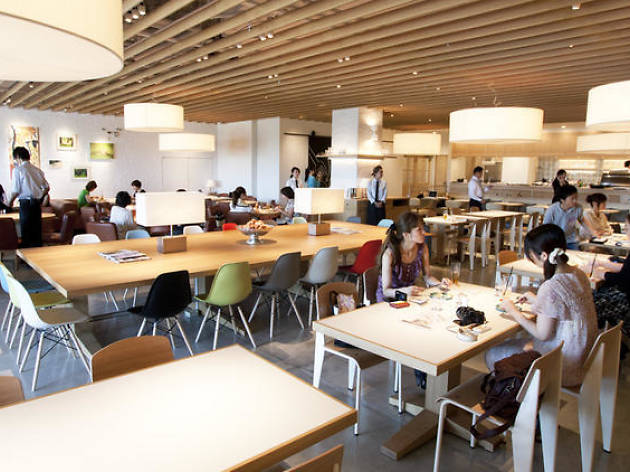 The largest outlet in Australian chef Bill Granger's overseas empire does have a waterside location, although the heavily trafficked Decks shopping mall is a far cry from the Shonan coastline spot that provided a home to Granger's first overseas outpost, Bills Shichirigahama. In decor and ambience, Bills Odaiba feels more reminiscent of its Yokohama sibling – albeit bigger, with space for just over 200 people. The fabled (and, dare we say it, slightly overrated) scrambled eggs and pancakes are present, but the chief selling point is an all-new kids menu, which Granger hopes will introduce youngsters to some new tastes and textures. Denny's it ain't: the Wagyu burger, parmesan crusted schnitzel with garlic mashed potatoes, and spaghetti with cherry tomatoes, ricotta, spinach and pecorino are all adapted from the grown-ups' menu, while there's also a new dish, grilled salmon with mashed potatoes, green beans and roast tomato. All are available, with a choice of three desserts, for ¥1,300.

Bills Odaiba is a resounding success, and it makes the other culinary offerings at Decks look positively dowdy in comparison. Yet there's a nagging sense of functionality to the place that could stop people falling for it as hard as they did with the Shichirigahama branch. Once a novelty that was worth an expedition in itself, Bills suddenly feels a little... ordinary.