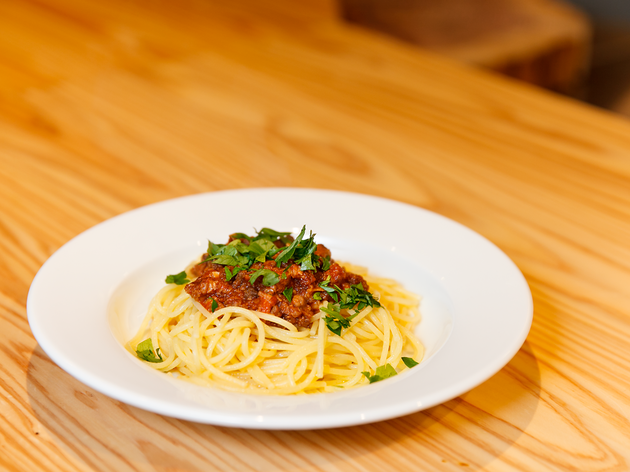 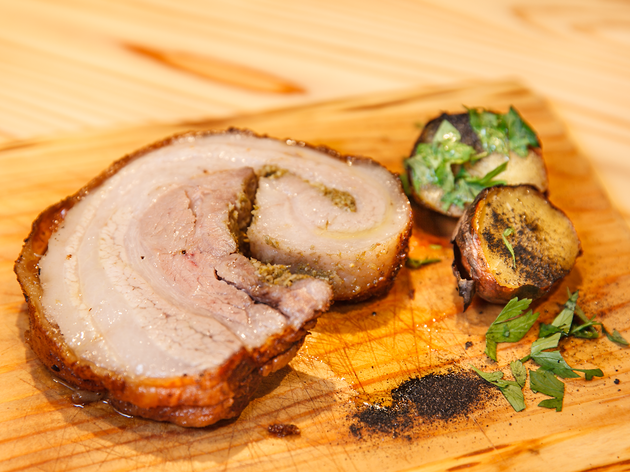 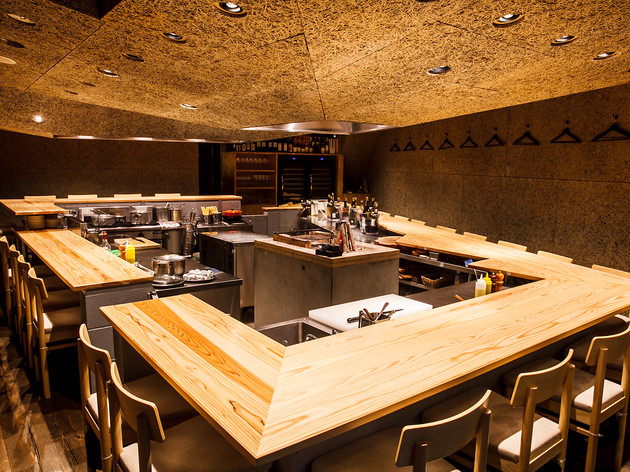 In a cave beneath the streets of leafy, upmarket Daikanyama, chef Noritaka Kashimura is doing something rather special. Falò is a smart, hip space with an izakaya-like vibe, and the Italian cooking is unique and often brilliant. Under an uneven chipboard ceiling, Kashimura and his team perform in the round, preparing meat and pasta dishes in full view of the counter-seated customers – and to a rousing ’80s rock soundtrack.

The songwriting of Lenny Kravitz and Van Halen may be impassioned and anthemic, but Kashimura and his colleagues are nothing but graceful as they glide around the kitchen, which is all sheening silver apart from a rustic charcoal grill. It’s the nucleus of the operation; a means to the production of glorious, melt-in-the-mouth slow-cooked duck, chicken, wagyu and – most notably – porchetta (pork belly) imported from Italy.

The restaurant, which only opened in spring 2016, is Kashimura’s attempt to create a casual Italian dining experience aimed at Japanese guests. He’s hitting this target with ease, aided by excellent pasta dishes (don’t miss the assuredly al dente spaghetti with beef and pork sauce) and his knack for beautiful presentation – the grilled cutlassfish is particularly striking, served wrapped round a bamboo tube.

Best of all, though, are the baby back ribs. The charcoal-grilled cut of Shiba pork is rich, deftly seasoned and with just the right amount of fat for optimum texture and flavour. Keep your eye out for a number of ingenious little touches – the jasmine tea, for example, is served in wine glasses so non-drinkers don’t feel left out. And don’t fret too much about the damage to your wallet – while the grilled meat dishes cost around ¥2,000-¥3,500, dining at Falò is considerably cheaper if you stick to pasta and smaller dishes.