Restaurants, Cafés Meguro
3 out of 5 stars 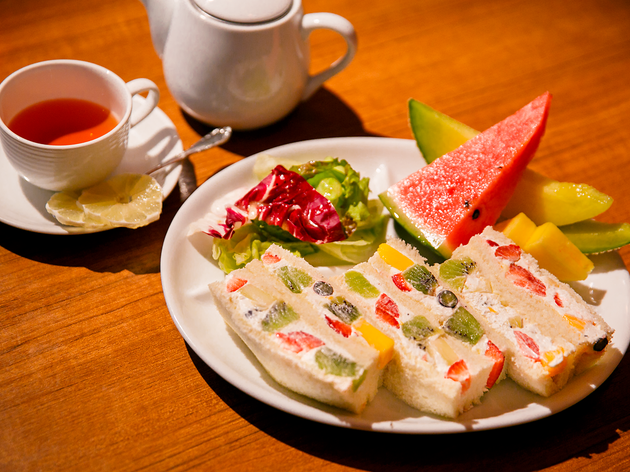 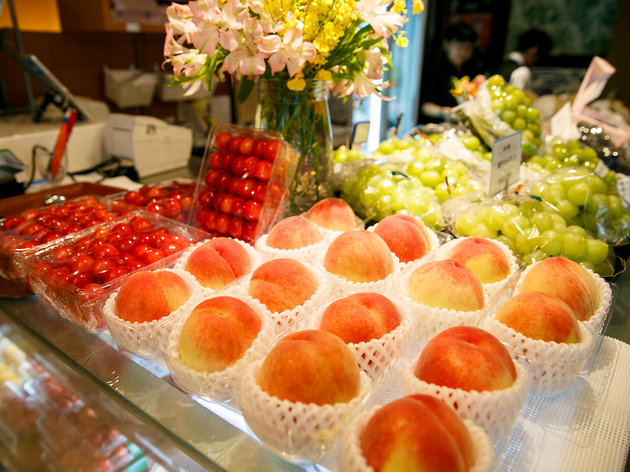 Fruit parlours are a postwar phenomenon – the Japanese equivalent of the US milk bar, but without the dairy emphasis. Instead, fresh fruit is celebrated: in shakes, in sundaes, in fruit salads, in sandwiches, as fruit in all its glory. Fruit parlour numbers are now in decline, displaced by more recent café trends. But the age of this Meguro fruit parlour (also called Kajitsuen RiiBeru, or Libre) can be counted in months, not decades. True, it may look as if it’s been there since the 1970s, but put that down to a very particular taste in decor. The owner used to work as an intermediate wholesaler at Ota Market – the main fruit, veg and flower market in Tokyo – which may explain his fondness for plastic turf and pot plants. We can vouch for the quality of the (in-season) strawberries; aromatic, ripe, melting on the palate. Setting such perfect fruit on a rock-hard pastry tart base did the fruit a disservice, but portions are so large you you can treat the base as a prop. As for combining rare beef with raw pineapple and melon, crimes against nature of this type could lead to having your hands cut off or worse in several countries, but the Japanese are a far more liberal lot; anything goes in crazy, swinging Meguro. This local gem is usefully open from 7am until midnight. It’s also licensed, if you fancy a beer with your fruit sandwich.