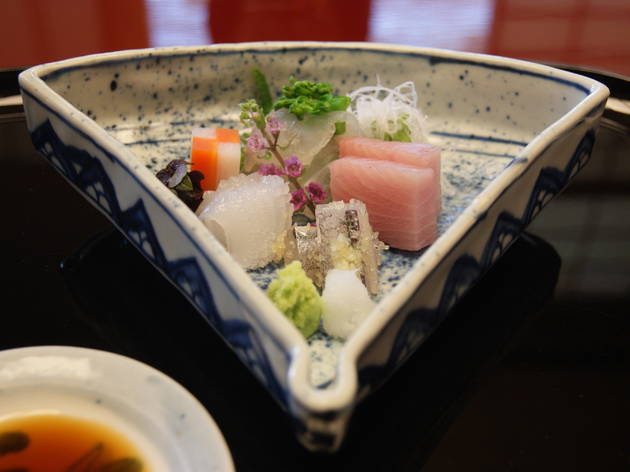 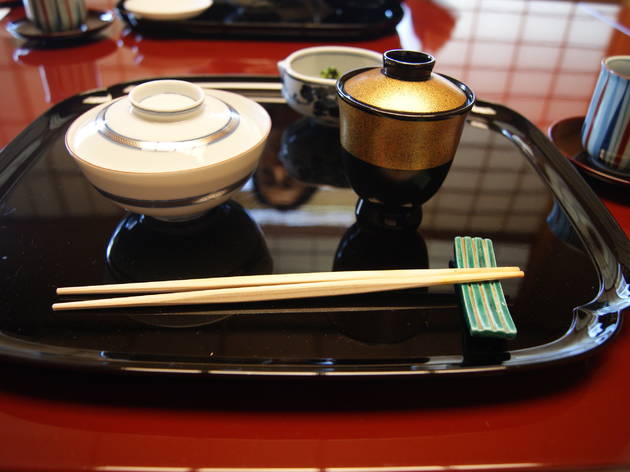 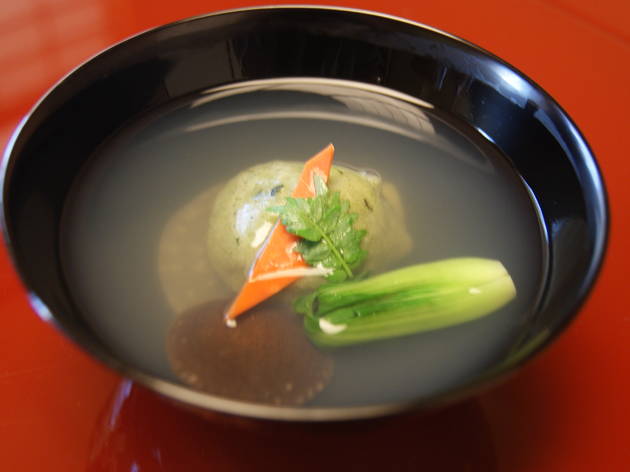 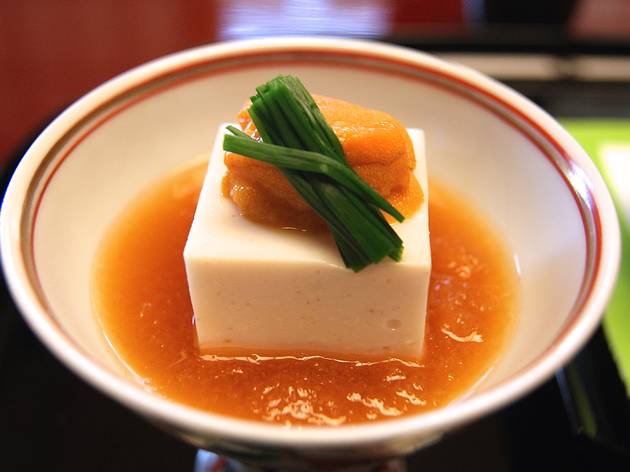 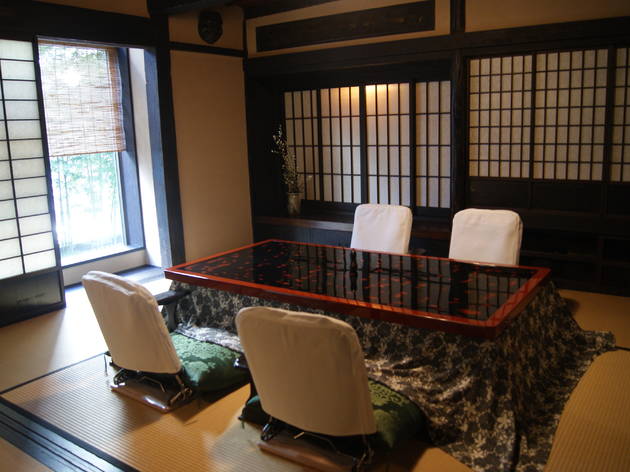 There are few places in the world where you can find kaiseki ryori, Japan’s traditional haute cuisine, done as it should be done; Fukudaya is one of them. Founded in 1939 then relocated, renovated, and now run by the grandson of the original proprietor, a discreet entrance leads to a building that reeks of understated quality. The present site now bears little resemblance to the inn that potter and gourmand Kitaoji Rosanjin used to frequent, though the restaurant does still use original Rosanjin plates on special occasions. The traditional rooms of tatami mats and paper screens have timeless Japanese elegance, and are often used for private meetings; horikotatsu seating is used, which gives the impression of sitting cross-legged, but with footwell comfort.

The succession of tiny but exquisitely presented seasonal dishes is brought by a kimono-clad waitress. A tiny block of shirako-infused tofu might be topped with uni (sea urchin) and served in an orange moat of ponzu sauce. Some textures challenge, such as the salted entrails of sea cucumber with their natto-like stringiness and rockpool aroma, but many dishes are only a bite or two big. Other dishes show Chinese influences, such as the tai (bream) topped with a curl of shark’s fin in a gingery sauce; texture food with a spice kick, but mild and made easy. Even something as simple as a bowl of miso soup contains the attractive slither of nameko mushrooms, the gelatinous texture much prized by the Japanese. Tiny courses of sashimi and tempura are impeccable. Dessert comprises slices of perfectly ripe fruit, served intricately arranged on a plate. Of course this sort of quality doesn’t come cheap; Fukudaya is one of the most expensive restaurants in Tokyo. But if you’re eating here, you’re probably not paying your own money anyway.