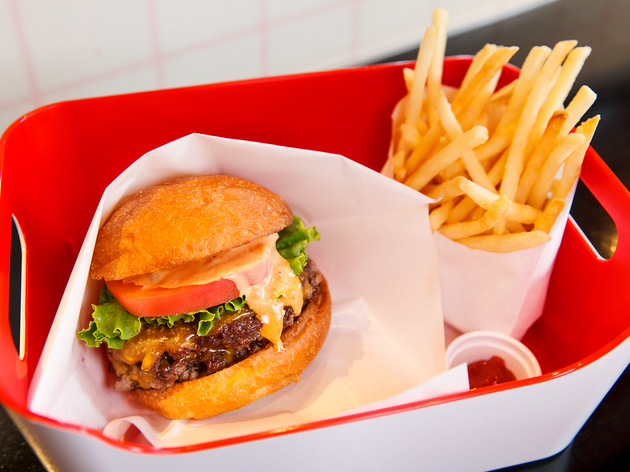 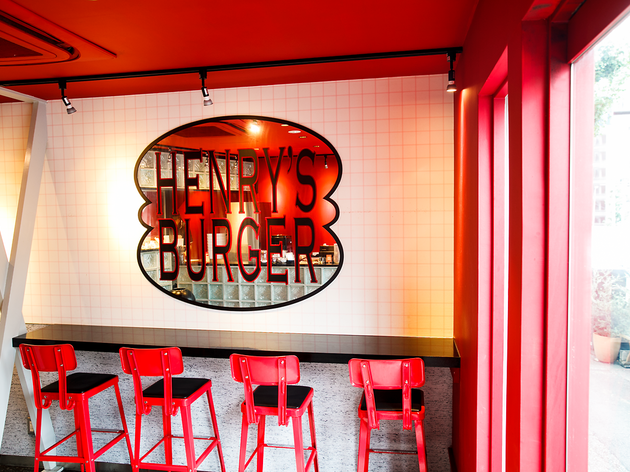 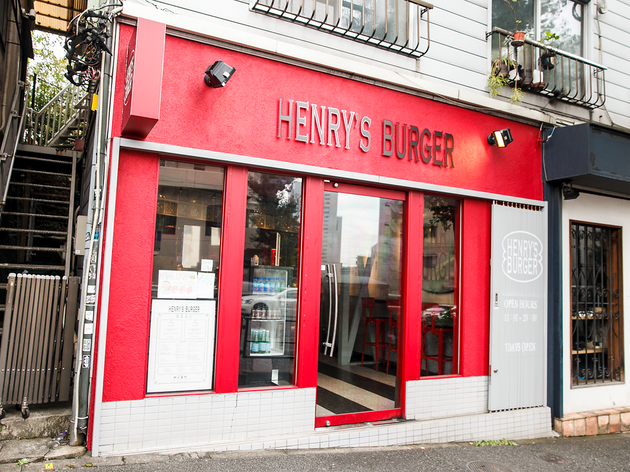 There are only three food items on Henry’s Burger’s menu: hamburger (¥860), double hamburger (¥1,180) and fries (¥270). This is a good thing. Too many restaurants make the error of over-complicating this most satisfyingly simple of fast foods. Henry’s Burger, named after the owner, who spent some of his childhood in California, benefits from a less-is-more approach to burgerology. With the gimmicks out the way, the focus is on the natural flavour of the wagyu, which is pounded on the grill (using a technique similar to that perfected by US chain Smashburger) before being topped with sliced cheddar that melts into the patty seconds after hitting the grill. There’s a slice of tomato, a leaf of lettuce, a slather of thousand island dressing, and a custom-made bun that holds the contents in place without overshadowing the beef, the star of the show. The cooked-from-frozen fries are less impressive, but at least they are fries rather than potato wedges, found so often at Tokyo burger eateries. Henry’s handheld feasts are designed to be eaten on the go, and accordingly there are only four seats. It’s a popular joint so if you do plan to eat in, be prepared to queue.