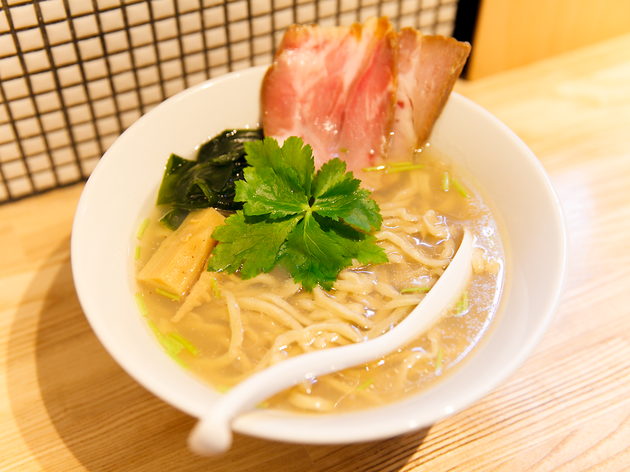 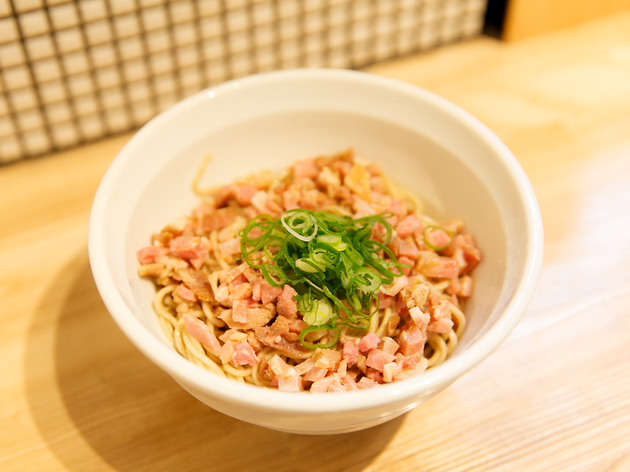 Opened in February 2016, this Kuramae ramen shop is very seafood-focused, centring especially on shellfish. Their soup is made from a variety of marine treats, with clam broth forming the base and mussels also thrown in for good measure. This flavourful concoction is then put to good use in the Kai Shio Ramen, an umami explosion that packs enough shellfish flavour to almost make you feel guilty for robbing the oceans of their treasures while indulging until the last drop. The toppings are all very traditional – bamboo shoots, wakame, mitsuba – and complement the soup perfectly. In addition to the main attraction, the menu also features niboshi ramen, niboshi tsukemen and the Kaiyu Ae Soba (like tsukemen but with the toppings and noodles mixed together), which comes topped with minced char siu and shellfish oil. To savour all of these goodies, you'll have to get your timing right – queues are common even for lunch on weekdays. With Kai, the previously ramen-poor neighbourhood just might be looking at a bright slurping future.