Restaurants Asakusa
Recommended
4 out of 5 stars 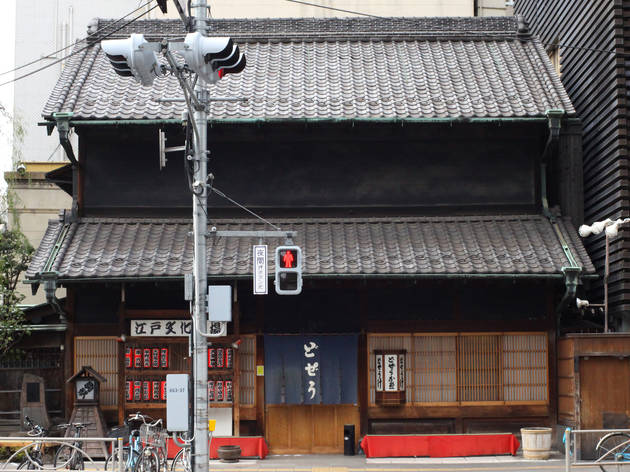 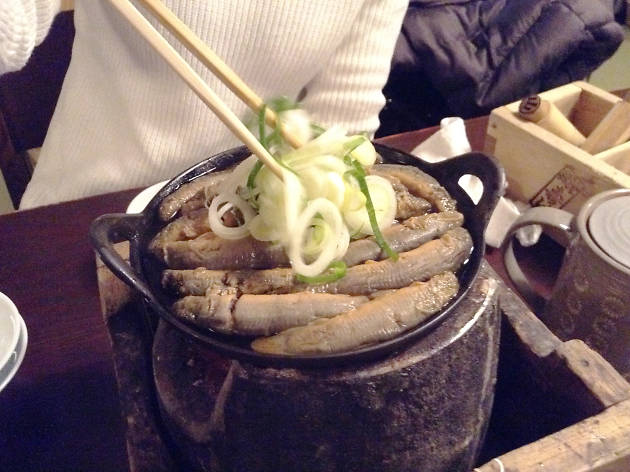 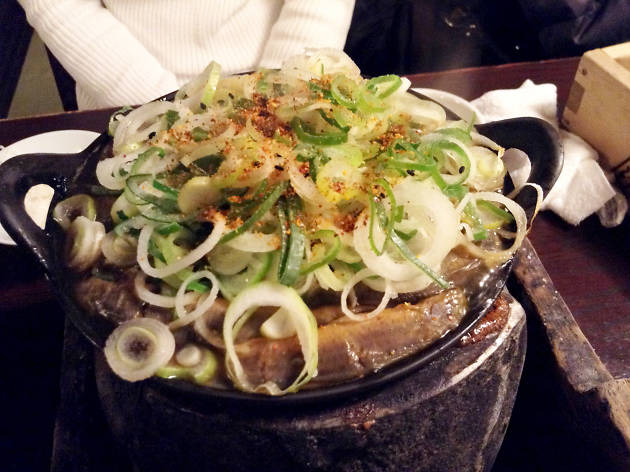 No survey of Tokyo’s traditional dining scene is complete without a visit to this 200-year-old Asakusa institution. But as an evening at Komagata Dozeu inevitably involves getting comfy with slimy miniature eels, some less than adventurous gourmands have been known to give up before even passing through the noren curtain and entering an eatery that does many things just like they were done a century ago. We gathered our courage, stormed the imposing fort on a recent weekday evening, and found a culinary experience well worth writing home about.

Once inside, you’ll first be asked to take a seat either on the ground-floor tatami or at one of the tables upstairs. The former is obviously the more authentic way to go, but nobody will fault you for choosing a chair – the atmosphere is virtually identical on both floors, which teem with mostly middle-aged or older, relentlessly chatty salarymen. Kimono-clad waitresses shuffle about with jumbo-sized bottles of beer in hand and take constant orders of dojo nabe. Yes, that’s the hot pot filled with eel-like freshwater loaches, the working-class alternative to unagi and an Edo delicacy traditionally at its best in early summer. The menu includes a whole range of different dojo dishes but can be hard to decipher for a beginner, so just going for the abovementioned nabe is a safe bet. Upon ordering, the staff will set up a small charcoal grill on your table before bringing over the pre-cooked, shallow pot. Here’s where the fun begins: while waiting for the broth to come to a boil – which means your meal is ready – feel free to pile on as much sliced green onion as you deem appropriate. Many of the regulars go all out with the veg – not for health reasons, we presume.

Almost done. Sprinkle some shichimi pepper on the hot pot and dig in: the dojo will be melt-in-your-mouth soft and flavourful, combining nicely with beer or a choice from Komagata’s carefully curated sake collection. We soon found ourselves ordering seconds, with the taste of the dojo mysteriously improving with every cup of nihonshu. A night with the ‘dozeu’ may be as much a cultural as it is a culinary experience, which isn’t to say you’ll leave hungry – just make sure to trust your taste buds over your eyes at first.