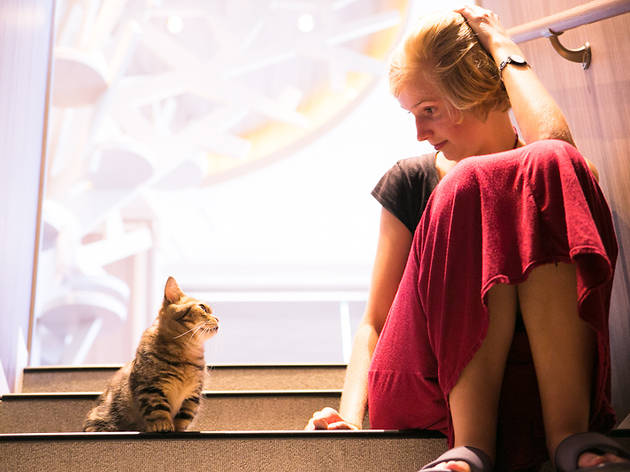 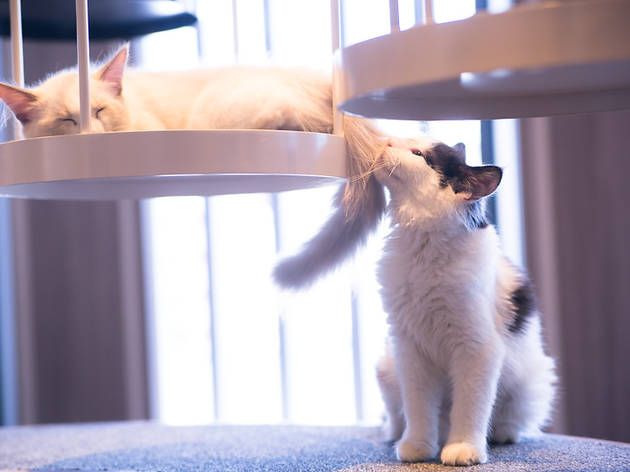 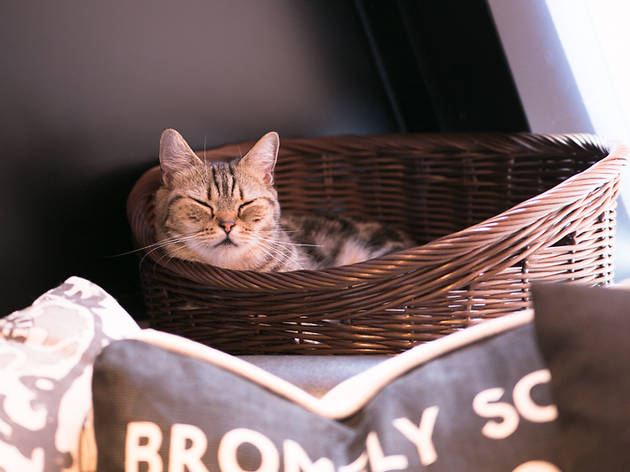 MoCHA feels like a safe haven for cats. The entire decor seems as if it was designed with nothing but the cats' well-being in mind, with lots of perches, hideouts and even small alcoves through which they can run to the staffroom if the attention just gets a bit too much. There's a wide variety of cats, but the majority of them are still quite small, which makes for a lot of tail-chasing and running around as well. There's the option of buying cat snacks (¥500) for those who want to make extra friends, but the cats are generally very willing to be petted until they purr, even without food coercion. We went there on an early Thursday afternoon, and although there were a reasonable amount of people, the two floors and ample seating space never made it seem cramped. With the ¥200 per 10 minutes price tag, the flow of people also changes – office workers popping by for half an hour during their lunch break and locals who just want to while the afternoon away. Nab a seat in one of the hanging chairs or on one of the couches downstairs for some of the best petting action.