Restaurants Nihonbashi
Recommended
4 out of 5 stars 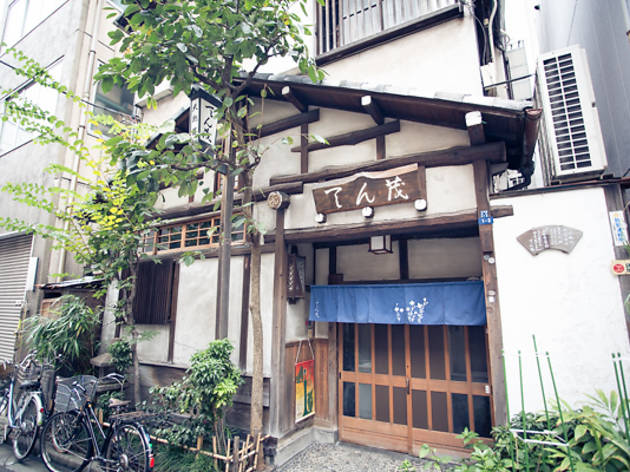 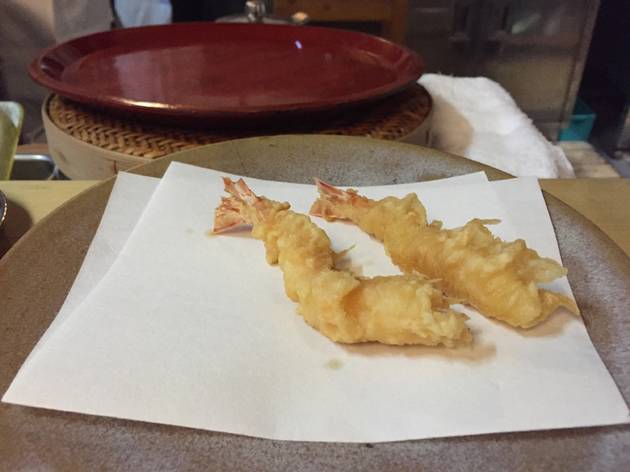 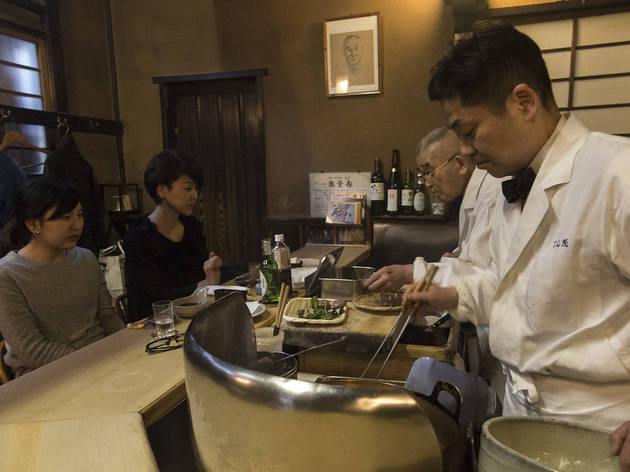 You may have seen the beautiful black and white movies of Yasujiro Ozu; set in the mid-20th century, they focus on family relationships between generations. Much is implied, little said. Sitting at the counter of this tempura shack in Nihonbashi feels like an Ozu film. Elderly mother and father work with the ease that only comes from decades of familiarity; daughter-in-law speaks English and looks after the omotenashi (hospitality); son (fourth generation in the business) mans the fryer. It’s a theatre with few words, even fewer seats (six customers, all at the counter), and a no-choice menu. Admire the wood-panelled room, complete with irori (sunken hearth). It’s been in use as a ground-floor restaurant, upper-floor family home, with few alterations since being built in 1947; the business was started as a street stall by the family in 1885. The succession of nibbles from the sesame oil fryer might start with shrimp, followed by less common seafood choices such as ayu (the disingenuously-named 'sweetfish' which tastes slightly bitter), and vegetables both familiar and unfamiliar (such as astringent fukinoto, ‘butterbur sprouts’). There are two sakes to choose from, both of them well-matched to the food. Tenmo is very expensive for a tempura joint, but you’re paying to participate in living history for an hour.