Tokyo’s Higashi Fushimi Inari Shrine was founded in 1929, and welcomes visitors with a massive red torii gate, with two big red and green coloured lanterns on the side. A staircase with fox statues on each side leads the way to the main shrine. These fox statues represent the messengers of god Inari, making them a significant symbol of Inari shrines around Japan.

Explore the forest behind the main shrine for several tunnels made of numerous red torii gates. The gates are partially connected to each other, creating a mystical maze-like atmosphere. The different paths lead to several smaller shrines, most of them guarded by fox statues. 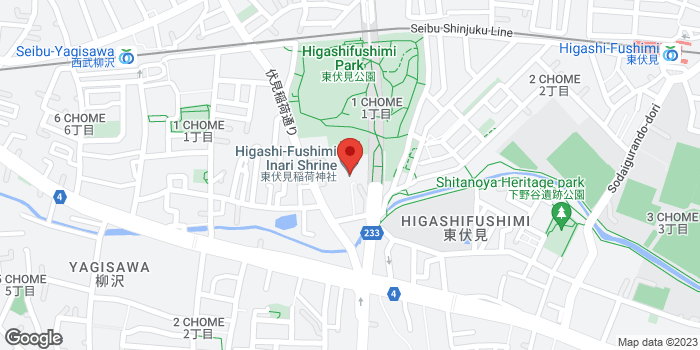