Chopsticks: the only cutlery you'll ever need in Tokyo and Japan. Just stick to these rules when using your hashi and you'll do just fine

Welcome to Japan: we use chopsticks. Whether you’re a lifelong chopstick wielder or an absolute novice, we’re here to help you not offend your hosts.

DO: STICK TO YOUR OWN FOOD

Sharing is caring, but not when it comes to chopsticks. To use them in a communal bowl, especially with people you don’t know particularly well, is seen as a (unhygienic) faux pas. How to get your food from a sharing platter then, you ask? Well, just turn your chopsticks upside down and use the back to pick up whatever you’re having; alternatively, an extra pair will be provided or can always be asked for.

That also goes for receiving food from someone else: don’t try to accept the food with your chopsticks while they’re still holding it, as this is similar to a funeral ritual, where remaining bones are picked out of the urn and passed from person to person with chopsticks. Just offer them your bowl/plate to put the food on.

If you’re a complete beginner in the wonderful world of chopsticks, there are two things you really, really want to watch out for. One, putting your chopsticks upright, particularly in a bowl of rice, and two, crossing your chopsticks. Similar to passing food from chopstick to chopstick, these actions are both associated with funeral rites and death, and indulging in them is said to bring some seriously bad luck.

Even if your luck isn’t affected, be prepared for horrified stares, weeping co-diners and perhaps even a soliloquy on mourning from the recently bereaved. So, to keep everyone happy, keep ’em horizontal(ish) and straight.

DO: KEEP THEM OFF THE TABLE

We love our chopsticks rests, not only for their often pretty designs, but also because they are a nifty solution to both keeping the table clean and the question of where to leave your chopsticks in between bites. If there isn’t one, get creative: the little paper wrapping around disposable chopsticks are the perfect canvas to make a quick stand or an elaborate show of origami skills. While you’re at it, note that chopsticks are generally placed in front of your bowl in Japan, rather than next to it.

In case you were wondering, you’re not actually supposed to put the chopsticks in your mouth completely, unlike a fork – they’re more of a transferring and scooping utensil. Spare your fellow diners the unappetising spectacle of seeing you licking your chopsticks if there’s something stuck on them.

DO: KNOW WHEN TO USE THEM

Before you start getting offended that they’ve offered you a spoon rather than chopsticks, or snicker away at some poor novice using other utensils, know that not everything is necessarily eaten with chopsticks. Curry rice, for example, is generally spoon fodder, while the most traditional way to eat sushi is with your hands.

If it is a chopstick type of dish, make sure to not rub them together vigorously, unless there truly are splinters; otherwise you’re signifying you think the restaurant is using cheap chopsticks, and in the worst case, that everything is of inferior quality. Be kind, rub less.

Another easy way to upset your hosts that is so simple to avoid: do not stab your food to pick it up. Your food is generally in bite-sized morsels anyway – if you’re having difficulties, just keep on trying, rather than looking like a Neanderthal spearing their dinner. There’s one exception: if it’s a large piece of food that needs to be split – but impaling is still best avoided. As is, in all circumstances, drumming. 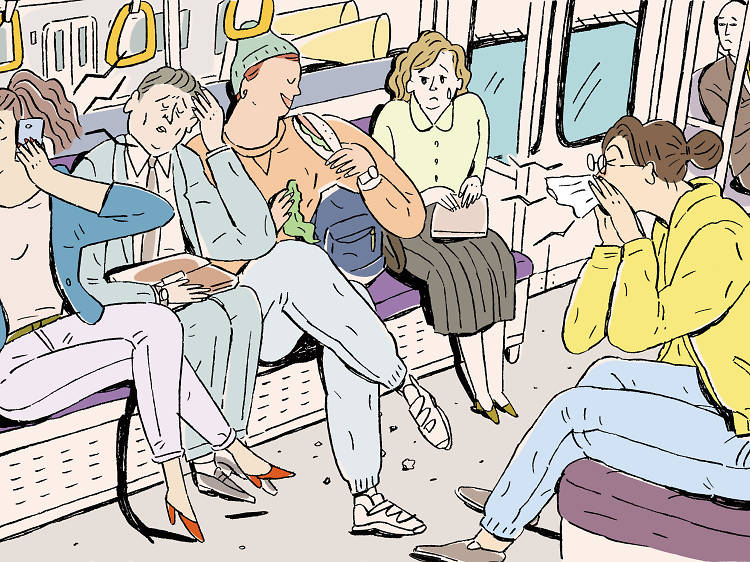 The basic dos and don'ts for tourists in Tokyo

Here are some basic courtesy rules that bear repeating and will help you not to stand out for the wrong reasons... 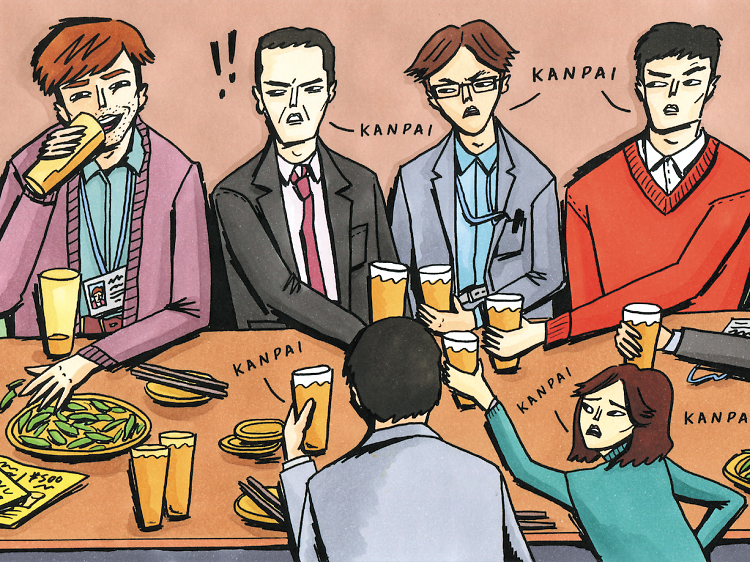 Become a master of the nomikai 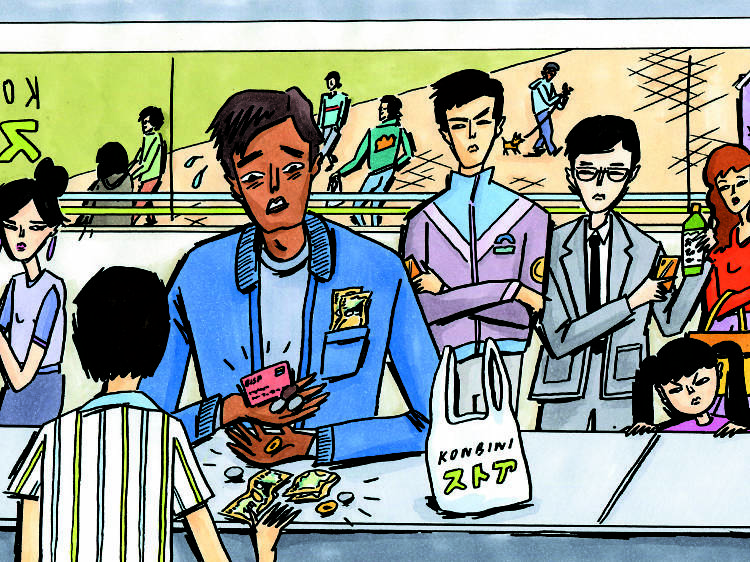 The perfect ways to keep your zen while spending the yen 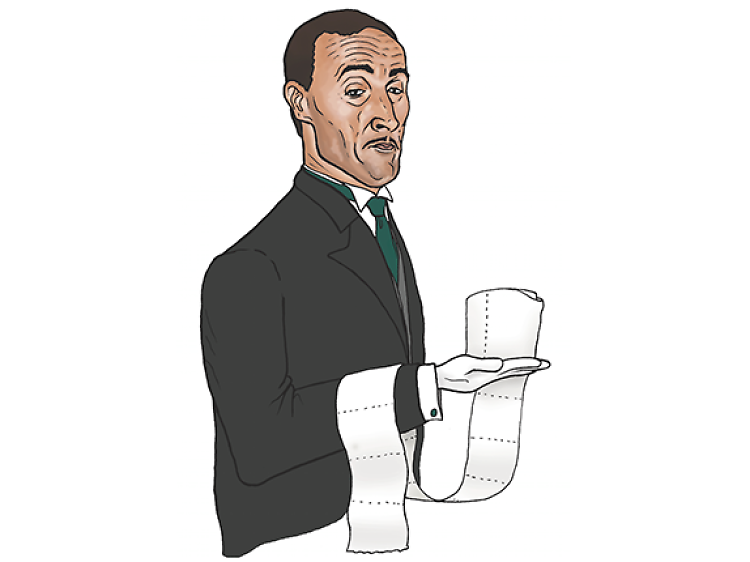 How to use a Japanese toilet – an etiquette guide