It's joined the league of sushi, samurai and kimono: the word kawaii is now part of the global consciousness, with enthusiasts from Seattle to Stockholm embracing Japan's take on cuteness. Although the culture traces its origins to Harajuku, is that neighbourhood still the kawaii capital of the world, and how are cute styles evolving beyond the borders of Japan?

We sat down with three influencers from overseas, who were visiting Tokyo as guests of NHK World's 'Kawaii International' programme, to get the latest on international kawaii trends. Here's what UK native Beckii, Bolivia's Kazumi and American Kacey had to say.

What is kawaii culture like in your respective countries?

Beckii: I'm from the Isle of Man, a small island in UK. Growing up there, there was no kawaii fashion at all, only boring normal clothes. But when I discovered Japanese fashion online, my eyes were opened to this whole new world that really caught my eye.

So I tried to put together outfits from the things I could find on the UK high streets, but also came to Japan, went shopping here...still managing to pull off the look on the island. I recently moved to London, and there’s definitely more of a community, which is nice.

In London, it’s established, with communities of different cultures, fashion communities. When there are events like Japan in London or Comic Con, or even concerts for Japanese artists, we dress up and it's really nice to see everyone together, wearing Japanese fashion.

Kazumi: [In Bolivia] I organise activities, calling all the people who like kawaii culture and kawaii fashion. We organise special workshops or tea parties. We can share what we like, and also all the troubles we have.

I want to let them know that they're not alone, that there are many people like them, and that we can share and improve what we like together. I'm not only working in Bolivia, but travel to many countries in South America. Recently, I've been in Chile, and I hosted the same activities with people there.

Did you make your outfit yourself?

Kazumi: Yeah, what I always try to do is include part of the culture of our countries in the clothes. [This one] is inspired by a traditional dance, and also I wanted to kind of mix sukajan with the traditional things of Bolivia.

That's key to what I do, because I call the [local] media, TV, radio and newspapers, to report on how we take the culture of Bolivia and mix it with the fashion from 'outside'. They like that because they like their people developing their own country and culture – not just taking what's coming from the outside.

How about you, Kacey?

Kacey: I was born in California but moved to New York for school. Most of the kawaii fashion in New York is subtle, but when there's a big event, you'll see more lolita too. I sometimes gather some of my friends for photo shoots for my projects, both smaller and bigger groups. And when we walk around in kawaii fashion, people will recognise it as 'Japanese style'.

How do you stay up to date on new trends and such?

Beckii: For me it's mainly online. Instagram is really good because you can see real Japanese fashion. People just dress so well, and post things like 'what I'm wearing today'. I also love Japanese magazines...there's a Japan Centre in London and they stock them, so you can actually go and find them. It’s just really nice, because before I just got them online, posted to my house.

Kazumi: I agree, online is where I get most of my inspiration. I also try to get Japanese magazines. In South America there are no places that sell them, so we ask someone in Japan to buy for us and send them over. In Bolivia, we have to wait three or four months to get the magazines, but it’s worth it. I also like to see people on the street, the Harajuku fashion, so there are some pages that I follow [for that].

Kacey: Mostly the same for me – I follow Instagram, sometimes Twitter, Tumblr...in New York there's Kinokuniya, the Japanese bookstore. They have mostly up-to-date magazines, like Zipper, Fruits and Kera, so I just look at those.

You all get your information online or via magazines, and the internet is where most people in the scene reach their audiences nowadays. Do you think Harajuku is still relevant as a 'capital of kawaii'?

Beckii: I think for most people outside of Japan, Harajuku is still an iconic place for kawaii fashion and kawaii culture. I’d be interested to know if there’s anywhere else. The first thing I did [after arriving in Tokyo] was go to Takeshita-dori – it's my favourite place in the entire world. I love it so much I could go there a hundred times and not get bored.

Kazumi: In my case, I think it depends on the kind of kawaii you choose. In Harajuku you can usually find pop styles with loads of accessories, but when you look for girly styles, usually you'd look to Shibuya. I've also recently started [getting into] shironuri, and it seems that it isn't from Harajuku or Shibuya, it’s from another place. So it depends on the style you choose.

Kacey: Haruka Kurebayashi, she's a model who appears in Kera and other magazines. She's always colourful, super happy, cute and so adorable.

All three of you have significant audiences on social media and other platforms. Do you think being featured in a magazine or having your picture taken still makes a difference?

Beckii: I definitely think so. While anyone can be popular online, being recognised for something, by more traditional media – that's quite prestigious, it sets you apart in a way. Everyone puts everything online now, and it's kind of hard to be noticed by [traditional] media, but it's really nice to be recognised by them. It can set you apart in a very fast-paced media world.

Kazumi: I agree, not just in fashion but in everything. People long for recognition, so when someone takes your picture, it's like okay, you're doing something well.

Beckii: I can see my audience on YouTube, it’s really detailed. And my main audience is 18-24-year-olds in the UK, and Americans [in the same age range]. So it’s nice to be reaching people who are kind of the same as me, in the same stage of life. I definitely think that my audience is mainly young Western women who are interested in alternative Japanese fashion, so it’s nice to share with them.

Kazumi: Checking the statistics from my webpage, it's similar – there are a lot of people who like different [kinds of] fashion, people who can put personality into their lifestyle.

Kacey: I guess mine would be young adults, women and men, and then also [people who] like androgynous clothing. I guess there are also people who aren't into Japanese fashion already, but it's nice if they see my stuff and want to be like it. And then there are people who are into the anime or manga worlds, so it’s a wide range of people who already love Japanese culture.

You mentioned that men are also part of your audience. With genderless fashion on the rise, do you think kawaii is also turning in that direction?

Kacey: As you say, there's a gray area of gender [emerging] right now, with a lot of 'no-gender' trends. Everyone is doing anything they want – it's all about you, not about other people. There are definitely lots of boys who prefer cute [styles], and there are also styles that make [the wearer] look tall.

Beckii: In London especially, I've seen more of it and I really like it. I think everyone can like what they want – clothes don't have genders, people do I guess, but you can wear whatever you want. And I know that last year, the colour pink was really popular in men's fashion.

I know it's a small thing, but it's really nice to see those trends destroying [barriers] bit by bit, and now [pink] is just a colour for everyone. I hope this trend continues to become more flexible. Fashion's for everyone, no matter what the government says.

Kazumi: In [South America], it's difficult for men. At first, I noticed that women came with their girls [to my activities] and everything was fun, but I noticed that boys don't. So I started this activity called 'Harajuku Experience' – it's like a makeover where I choose the clothes – and many men signed up.

They want to wear kawaii fashion but aren't sure how to, and are maybe too shy to do it alone. But when it's a group, they come and want to try it. Right now there are three or four boys in my group, and many more who want to try kawaii fashion.

With her more than 120,000 subscribers, Beckii is a veritable YouTube star, while Kazumi (8,600 fans) and Kacey (4,700 fans) have sizeable followings on Facebook. As soon as we were done with the interview, the girls started shooting photos and videos for their respective pages – make sure to check out these, as well as the special edition of 'Kawaii International', which features presentations by the trio and a symposium on how to make kawaii even more of a global style. This programme will be broadcast on NHK World on April 1 – see this page for full details. 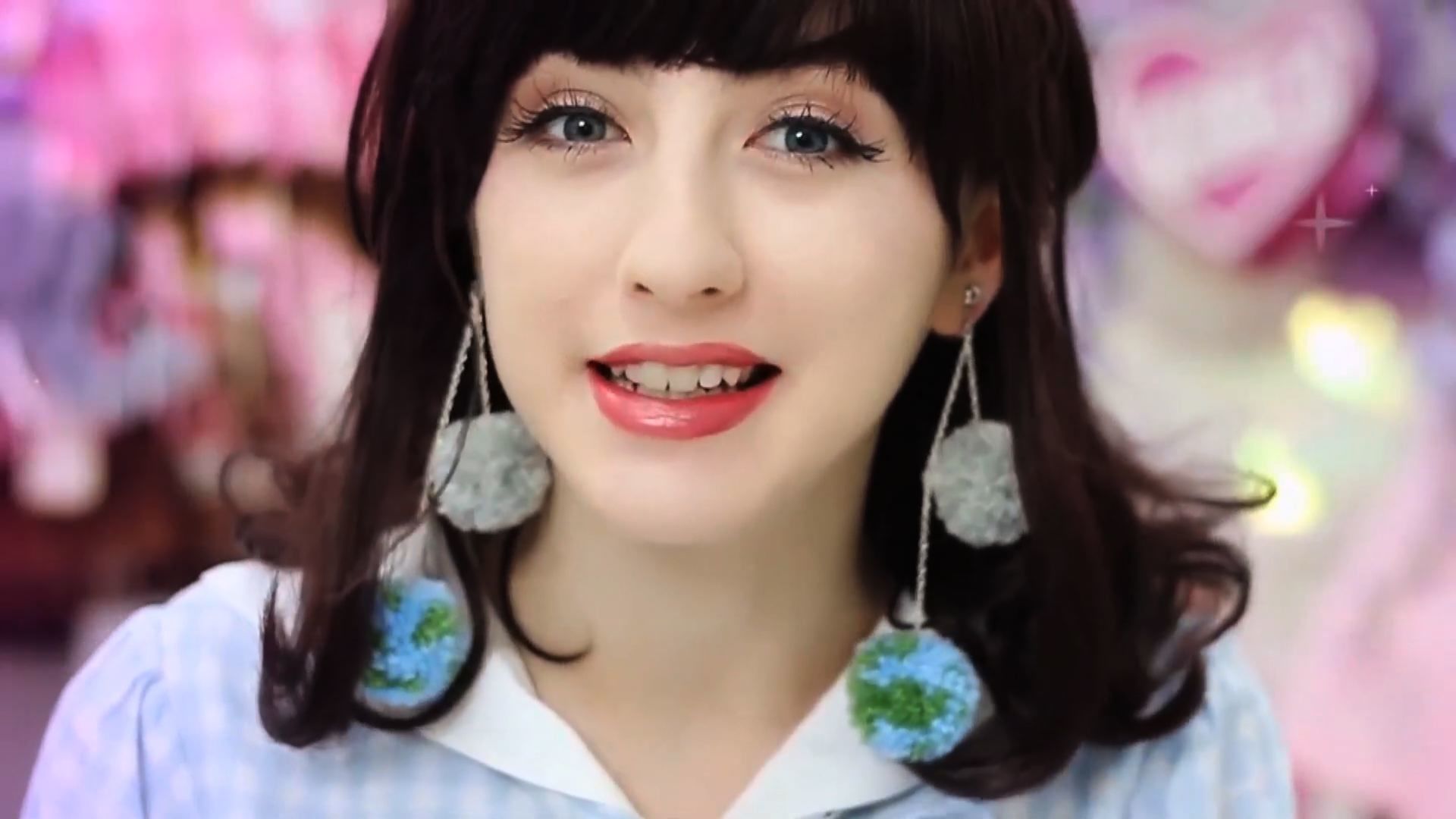 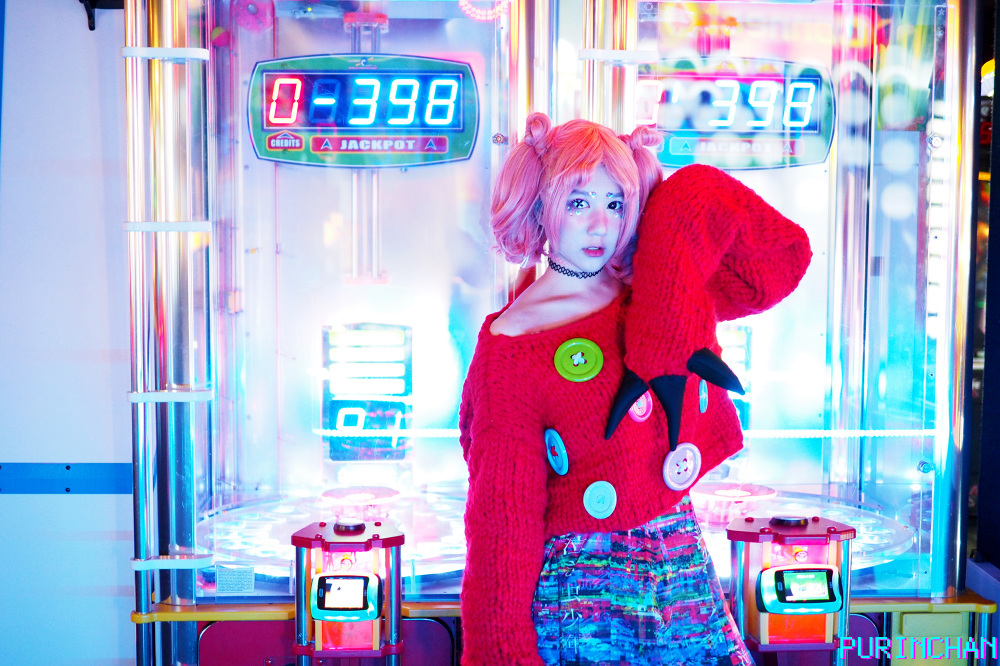