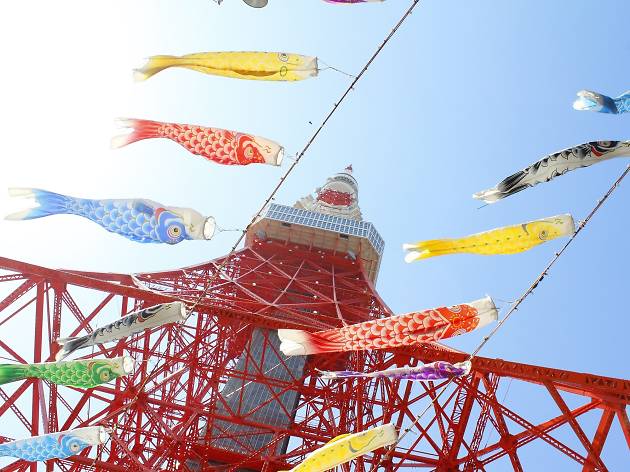 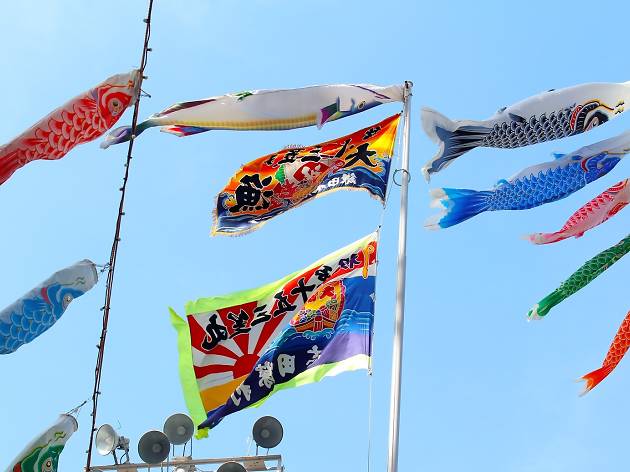 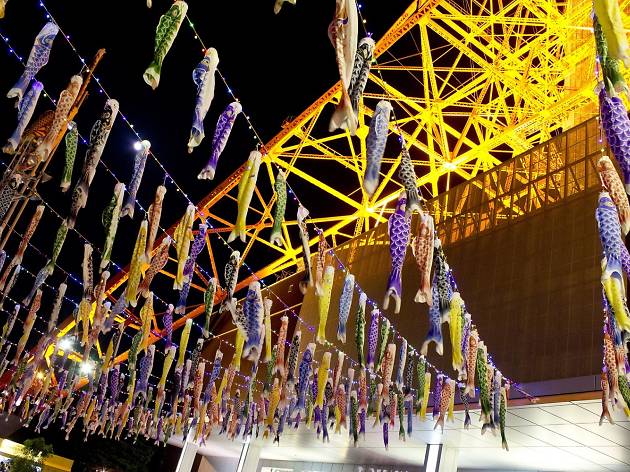 Now an annual sight at Tokyo Tower, the colourful Children's Day carp streamers will be set up in front of the main entrance again from early April. In addition to 333 koinobori, which of course signify the height of our beloved Eiffel Tower replica, the decorations include a 6m sanma-nobori – this one both a reminder of September's Tokyo Tower Sanma Matsuri and of the ongoing recovery efforts in Tohoku's Sanriku region, a major producer of Pacific saury (sanma).