As I wrote in a previous ‘Transcreating Tokyo’ column, the city of Edo-Tokyo has given birth to three main forms of bodily entertainment: kabuki theatre, sumo wrestling and geisha ‘service’.

Now that more than 300 years have passed since their inception, the original three may have been absorbed by new genres – film and theatre, sport, and the world of culinary and so-called adult entertainment, respectively – but they continue to play a central role in the city’s cultural landscape, in which the old and the new interact in peculiar ways. This column is the first in a new six-piece series that explores the past and present of Tokyo’s three arts of the body.

Kabuki – a relic of the past?

I have been watching kabuki for half a century. As it’s been quite a while since the Showa era ended, not to mention that the war is now a distant memory, I thought my story had to avoid sounding like the reminiscences of an old grumpy fellow. But to my surprise, it turned out that the kabuki I remember is actually extremely old-fashioned.

Well, what was kabuki like when I first started watching it in the early 1960s? To put it simply, it was on the decline. In those days, the most famous kabuki actor was movie star Kinnosuke Nakamura. Many of the other major actors associated with kabuki, such as Kazuo Hasegawa and Chiezo Kataoka, had also moved into the film industry before the war and become very successful.

Still, these greats seemed to retain a deep affection for kabuki: at the height of his cinematic popularity, Kinnosuke Nakamura sought to revive the lineage of his father Tokizo Nakamura, became a kabuki patron, imposed the new stage name of Yorozuya on his entourage and took the name of Kinnosuke Yorozuya himself, while Kazuo Hasegawa started his own Toho Kabuki troupe.

However, from the audience’s point of view, these actors merely appeared to already have jumped from the sinking ship that was kabuki and found their home in a new genre. Even Enno Ichikawa, one of the heavyweights of modern kabuki, was making his TV debut in Kurama Tengu, a woefully old-fashioned historical drama series, when I first found out about him. 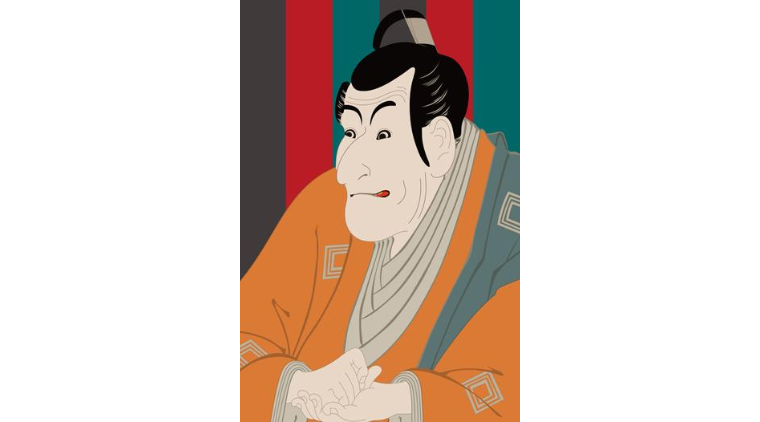 A portal to a different world

The truth is there were some both talented and popular actors even back then, such as Utaemon Nakamura VI and Ichikawa Danjuro XI (the grandfather of the current Ichikawa Ebizo), but the popular consensus was that no matter how hard these stars toiled, they wouldn’t be able to pull kabuki out of its prolonged decline. It was a predicament resembling that of modern-day bunraku (traditional puppet theatre), which is slowly withering away.

So, were kabuki plays of the time boring? I certainly didn’t think so. Entering the darkness of the Kabukiza, the seats were all but empty, intermissions could last for ages, the show would go on even after 11pm, and when the city’s transportation network was knocked out due to snow or some other reason, some patrons were forced to spend the night at the theatre – it was a miserable state of affairs. But for a kid like me, who didn’t understand a concept like ‘decadence’, this lack of energy, this dreary pace, had an attractive flavour. ‘Edo laziness’ permeated me, I sank into my seat and was transported to a different world.

I would prepare myself for this ‘journey’ by taking the slow route: getting on the Toden streetcar in Shinjuku, I rode through Yotsuya, Hibiya and Ginza to Higashi-Ginza – a trip that could take up to an hour if one was unlucky with transfers. Along the way, I would see the Imperial Palace on the left-hand side and, crossing through the city, feel as though I was slipping through both space and time, with the Kabukiza replaced by the old Kobikicho area of Edo.

And note that this is no pre-war story, but a moment smack in the middle of Japan’s period of rapid economic growth. In the mid-‘60s, the night before Tokyo’s streetcars were abolished and replaced by subways, my high school student self had a strong desire to pursue a true retro experience, and I made the lengthy trip outlined above one last time. That was evidence of my fetishism for bygone days – a persuasion so strong that the year before, I had happily traded my ticket to the Beatles Budokan concert for kabuki ticket money. 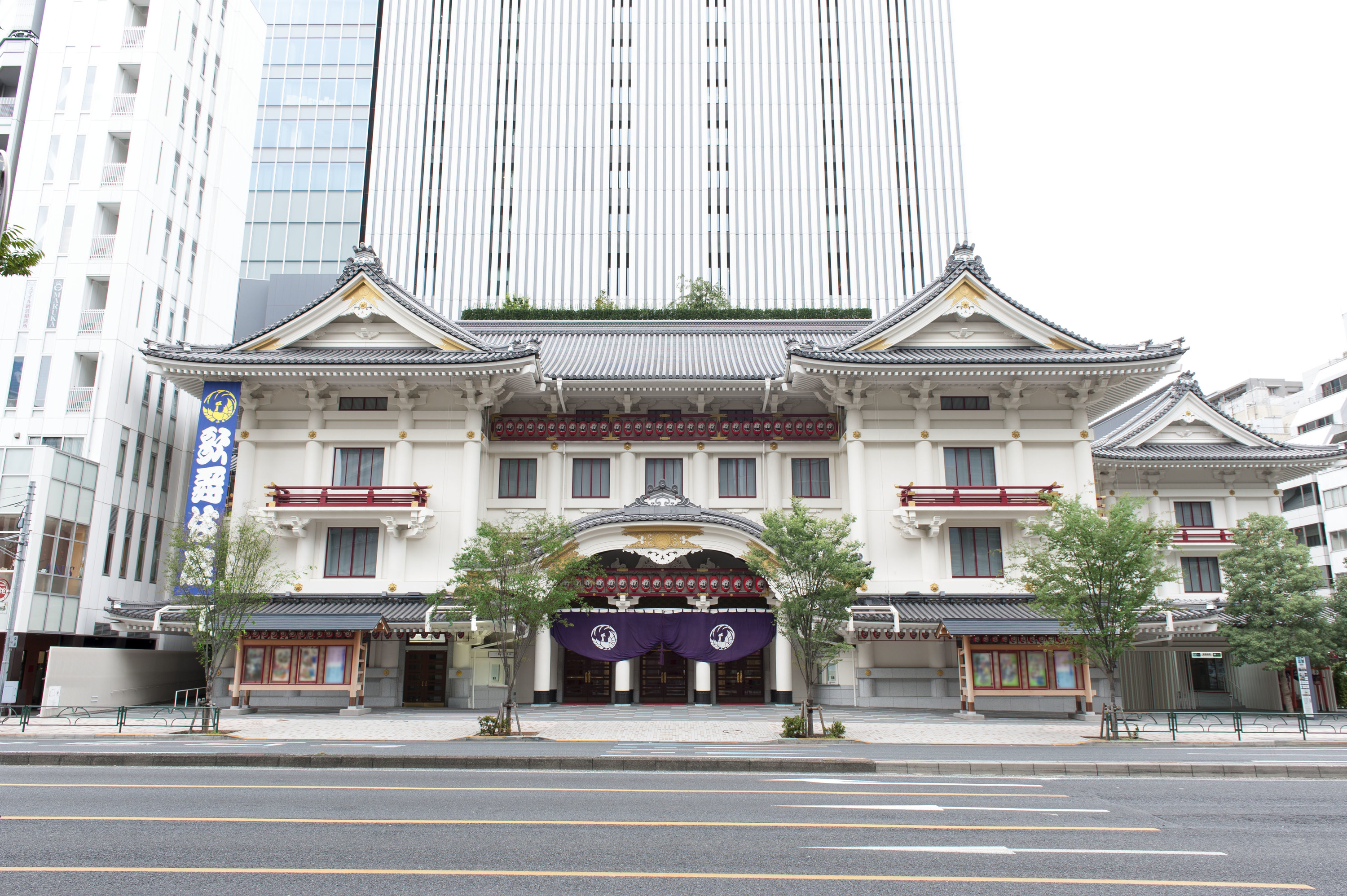 Yes, I certainly had some rather peculiar tastes. I didn’t quite know what to think upon hearing that the actor Gado Kataoka had feelings for Ichikawa Danjuro XI (the rumour was he would have liked to act alongside Ichikawa even in the next life). Some of the other aged actors appeared to share Kataoka’s tastes, idly sitting around on the stage without making a move.

Watching a show at the Kabukiza in my school uniform, old ladies would give me food and praise me for being so cultured at such a young age. Such advances were hardly perverse, but did appear to have a certain undertone to them. Also, on multiple occasions, some older man would notice me from afar and invite me to have tea with him after the show. Instead of being unpleasant, such propositions left me with a dark, pitiable impression.

Among these experiences, I remember one after the abolition of the streetcars, when a stranger started talking to me on a direct bus to Shinjuku. He said he was affiliated with some broadcasting company and spoke about having access to photos of the kabuki actors – something I understood as bragging, until we reached Shinjuku terminal and he asked me out for tea. I declined and immediately felt uneasy about my fellow passengers who had gotten off the bus in a hurry at the previous stop. These memories might not be about kabuki itself, but they hint at the Higashi-Ginza area’s sorry state at the time.

Granted, it wasn’t all doom and gloom for kabuki in the ‘60s: new buds were already sprouting. In 1966, the current Onoe Kikugoro VII got his big break playing samurai hero Minamoto no Yoshitsune in one of NHK’s historical dramas, the three ‘Sannosuke’ actors started a minor kabuki boom and, only a few months before his death in 1970, Yukio Mishima wrote a glowing review of new star Bando Tamasaburo.

Nonetheless, the prevailing attitude towards kabuki at the time was that it was caught in a spiral of irreversible decline. I, for one, never hoped for kabuki to prosper, and was prepared to witness its demise just as I had witnessed the end of the Toden streetcars.

Well then, what ended up happening to kabuki, you ask. That’ll be the topic of my next column; for now, let’s finish up this lamentation of its dreary past.

Field work conducted in Hawaii, Tahiti, Japan (Yamagata Shonaiheiya), East Asia (China, Korea) and Melanesia/Polynesia (Vanuatu, Papua New Guinea). Professional interests include 1) mechanism of mutual interference of human culture and nature, 2) the representations of ritual and theatre, and 3) changes in culture and society that occur during the course of modernisation.