Eurovision 2023: everything you need to know about the song contest in Liverpool 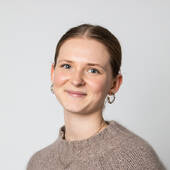 Host city Liverpool will be welcoming tens of thousands of Eurovision fans as they convene in the UK for the first time in 25 years. The slogan will be ‘United by Music’, which the BBC said ‘reflects the very origins of the contest’, as it was originally created as a broadcasting experiment to bring Europe together.

Here’s everything we know about the competition so far.

The 67th Eurovision grand final will take place on May 13, with semi-finals on May 9 and 11.

Where is Eurovision 2023? Who’s hosting the competition this year?

After years of landing at the bottom of the rankings, the UK came second last year and will be hosting this year on behalf of the winner, Ukraine.

Liverpool was announced as the host city back in October, beating Glasgow in the final run-off. It’ll be the first time the UK has hosted the contest since 1998, after Katrina and the Waves won first place with ‘Love Shine A Light’ the previous year.

How do I get Eurovision tickets?

You can’t get your hands on tickets just quite yet. However, if you’re worried the main event might sell out super fast (and let’s be clear, it definitely will), there will actually be a total of nine shows you can book tickets for. Fans of the song contest will be able to buy tickets for the two semi-finals as well as the grand final. Each of the three final stages of the competition will have a family show, a jury show and a live TV show.

Eurovision organisers have advised eager fans to keep an eye on their socials for more details over the coming months.

Which countries are taking part?

France, Germany, Italy, Spain and the UK – aka ‘The Big Five’ – automatically qualify for the final. As last year’s winner, Ukraine also has a guaranteed spot. The remaining 31 participating countries will compete across two semi-finals to fill the other 20 places in the final show.

That’s still to be decided. Following the success of Sam Ryder’s ‘SPACE MAN’ last year, the BBC are working with music management and production company TaP to search for this year’s candidate. It’s unclear when the act will be confirmed, but watch this space.

Who are the favourites?

Bookies have landed on Ukraine as the favourite to win this year’s contest. Its entry, ‘Heart of Steel’ by electric duo Tvorchi, apparently has a 21 percent chance of taking first place for the country for a second year. In odds that it could have only dreamt of two years ago, the UK is currently fourth in the polls, with a supposed 7 percent chance of winning. Score!

What is the handover and allocation draw?

The official handover ceremony will see the previous host city handing over the keys to the current one. Stefano Lo Russo, mayor of 2022 host city Turin, will hand over the official keys of the Eurovision Song Contest to Liverpool mayor Joanne Anderson.

The accompanying allocation draw will reveal which semi-final participating countries will compete in. Local school pupils and members of the Ukrainian community who have settled in Liverpool since the war began will all be involved in the draw.

How can I watch the handover ceremony?

Tune into BBC Two on January 31 at 19:00 GMT, to watch the ceremony broadcast from Liverpool’s St George's Hall. It will be hosted by Rylan Clark and AJ Odudu.

Stay in the loop: sign up to Out There, our free newsletter about all the best stuff to do across the UK.