Coast to coast, there’s a beer festival or beer event for you in our guide to the best beer festivals in America

With the surge in national affection for craft beer has come a surge in festivals celebrating the stuff. There’s a craft beer festival for seemingly every type of fan these days: festivals devoted to craft breweries pushing boundaries; festivals devoted to pairing bacon with beer; and festivals devoted to putting good beer next to good music. Then there are America's mammoth citywide festivals, where the best brewers in New York, L.A., Chicago and beyond stand keg-by-key for weeklong festivities. We’ve rounded them all up in our 2016 U.S. beer festival calendar, so you can start planning your next road trip—with a designated driver. (And if you know of another festival you think is worth hitting up in 2016, let us know in the comments.) 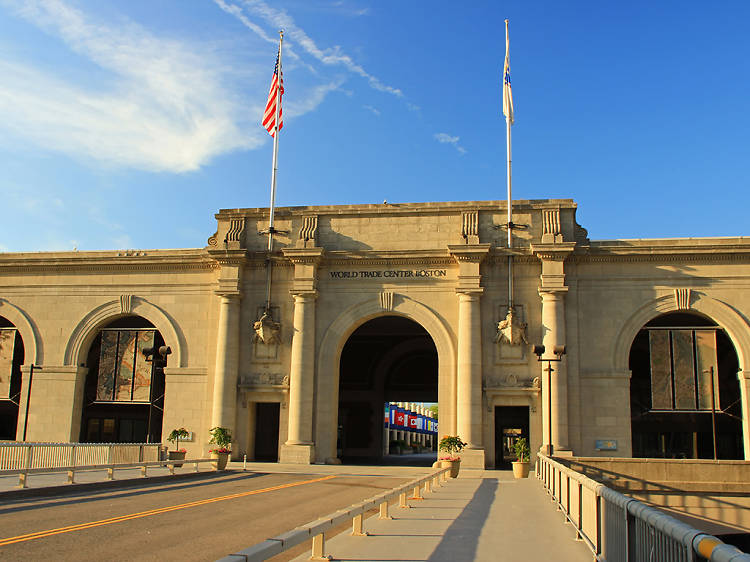 With so many breweries opening up nationally, beer makers continue to push boundaries to separate themselves. Boston’s Extreme Beer Fest celebrates this trend and encourages brewers to bring their zaniest offerings. Beer aged on Starbursts? Yup. Beer with scrapple? Uh-huh. Cream ale with pistachios? You bet. With odd yeasts, crazy additives and unusual barrel finishes, EBF is where you want to be to see breweries’ imaginations run wild. February 5-6 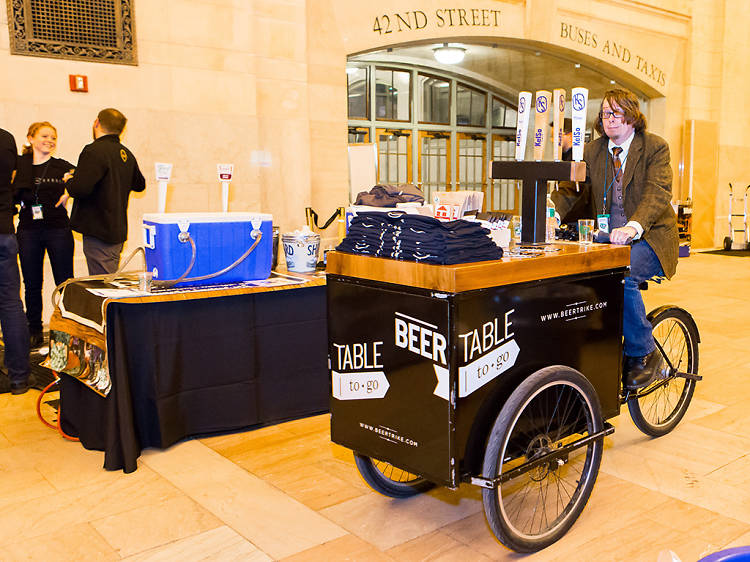 The New York City Brewers Guild teams up with the New York State Brewers Association to put you in an Empire State of Beer. Forty breweries from across the state come together to celebrate the NYC Beer Week Opening Bash. NYC Beer Week celebrates its eighth year in 2016; last year there were over 400 events at more than 200 venues. With that kind of variety, you’ll find plenty of places to duck inside and enjoy a pint while dodging the February chill. Mid-February
Advertising 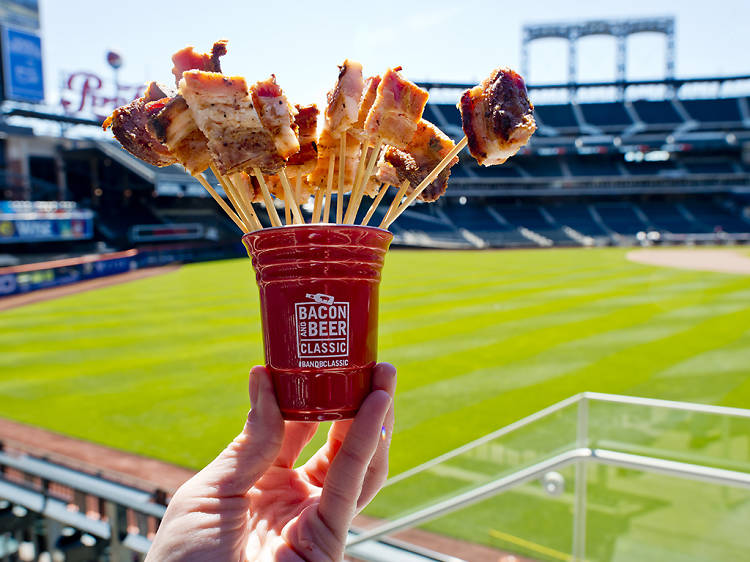 Bacon in one hand, beer in the other: What could be better? The answer is “nothing” according to this beer festival popping up at major stadiums like Citi Field, Municipal Stadium and Soldier Field. Pairing local, regional and national breweries with local restaurants putting out their best bacon-inspired dishes, the Bacon and Beer Classic is where gluttony and good times collide. San Francisco Feb 27; New York City Apr 22-23; Seattle and Denver dates TBD 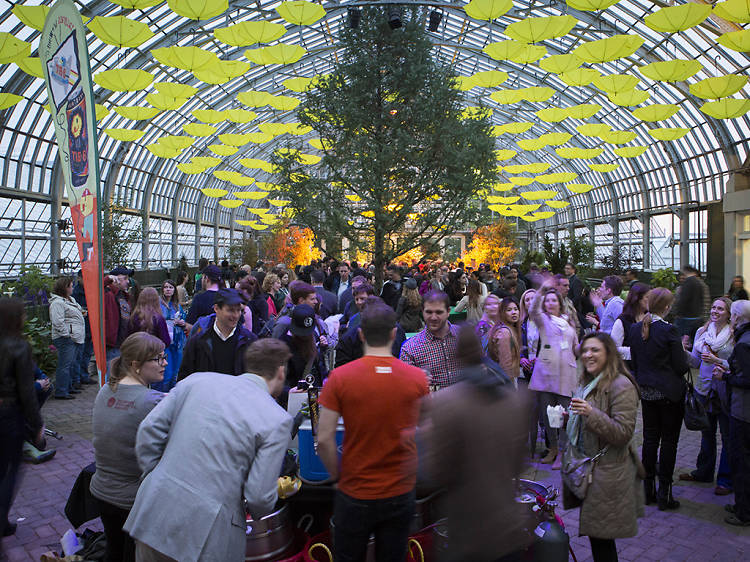 Beer Under Glass takes place in one of the most spectacular venues of any event on this list. The Garfield Park Conservatory, one of the largest greenhouse conservatories in the country, plays host to the launch event for Chicago Craft Beer Week. Chicago has the best local breweries of any large city in America, and they’re all here: Half Acre, Haymarket, Revolution and so many more. Enjoying world-class beers in a setting showcasing nature’s beauty could hardly get better, until you realize there’s still an entire beer week to check out after the night ends. May 19
Advertising 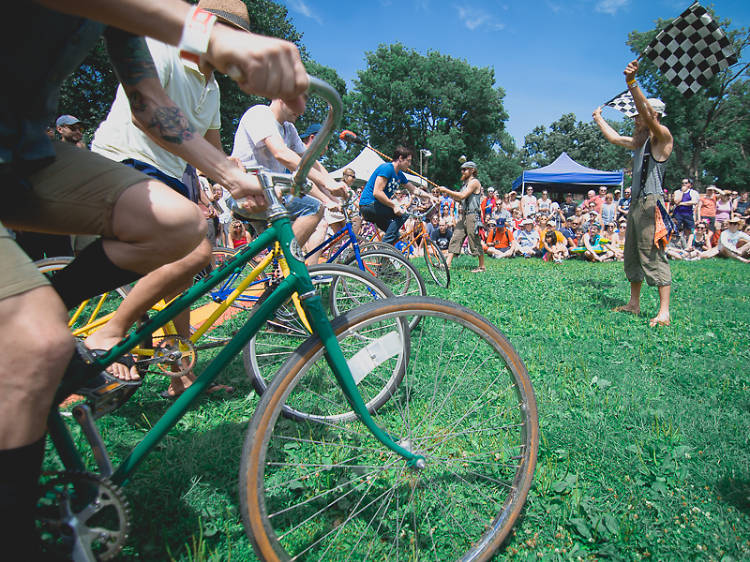 Fort Collins, Colorado-based New Belgium brewery is well known for Fat Tire, but you should get acquainted with its traveling carnival, Tour de Fat. The festival raises “awareness and participation in cycling as a sustainable form of transportation.” Heading to TdF? Expect to see plenty of beer (duh), local food options, bicycle art installations, live music and even car-for-bike swaps! Even better: Admission is free. May to October 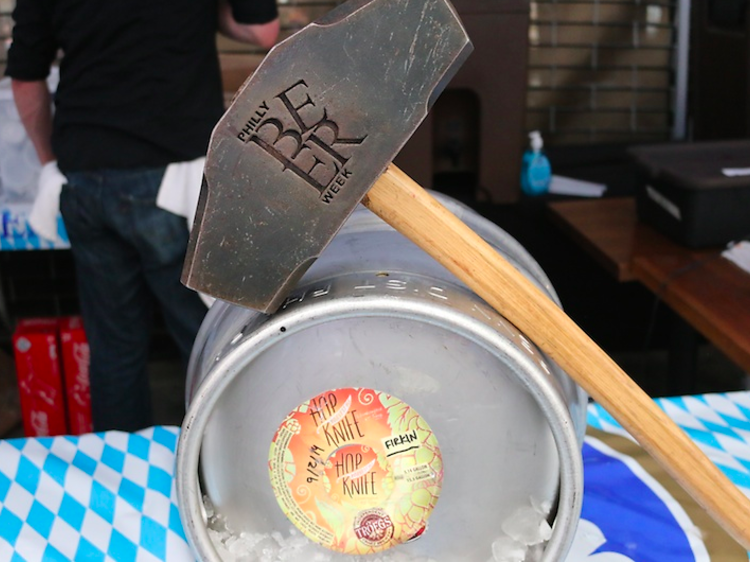 As beer weeks go, Philadelphia’s is among the best, and it all kicks off at Opening Tap. Here, over 40 local breweries gather to celebrate the City of Beer-therly Love (sorry, we had to). The Hammer of Glory, having been relayed around the city like an Olympic Torch, is used to tap the very first keg of Beer Week. Don’t get palate fatigue early, though: there are hundreds of other events that follow during the week. Like the hammer relay, it’s a marathon, not a sprint. June 3-12
Advertising 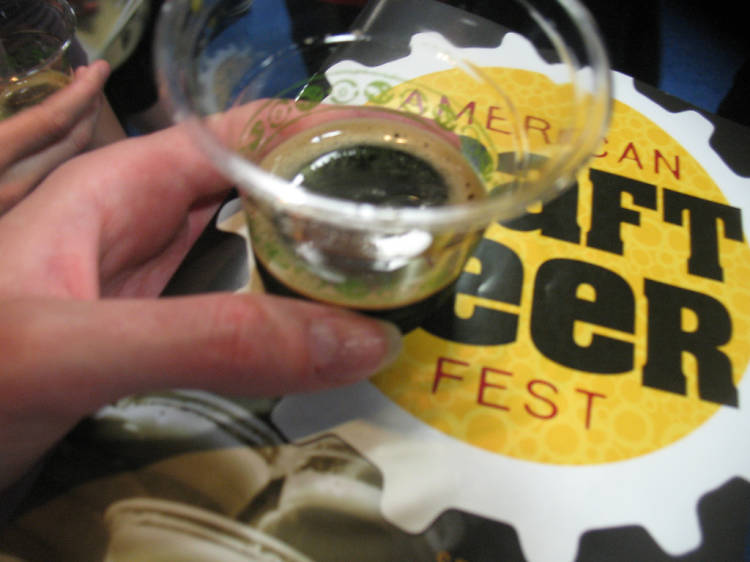 The American Craft Beer Fest, hosted by BeerAdvocate, is the east coast’s largest craft beer festival. Each year, over 15,000 beer fans are drawn to the festival’s 140 breweries and well over 600 beers. Don’t let the two-ounce pours (per Massachusetts law) fool you: it’s easy to get your fill when breweries from coast-to-coast are bringing their best to impress the beer geek crowd. Late May 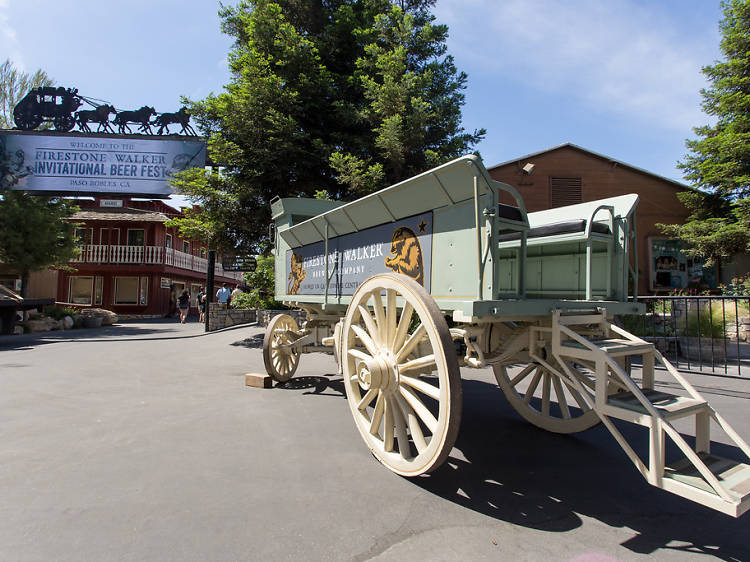 Firestone Walker is one of the most decorated craft breweries ever (the team has won Mid-Size Brewery of the Year four times in 10 years at the Great American Beer Festival). To celebrate beer—both theirs and others—they invite top breweries for this festival each year. With breweries like 3 Floyds, Sun King and Russian River in attendance, expect to get the absolute upper echelon of quality suds while you sample food and soak in music. Beware: Tickets sell out very quickly, so be on the ball if you want to get the beer. June 4
Advertising 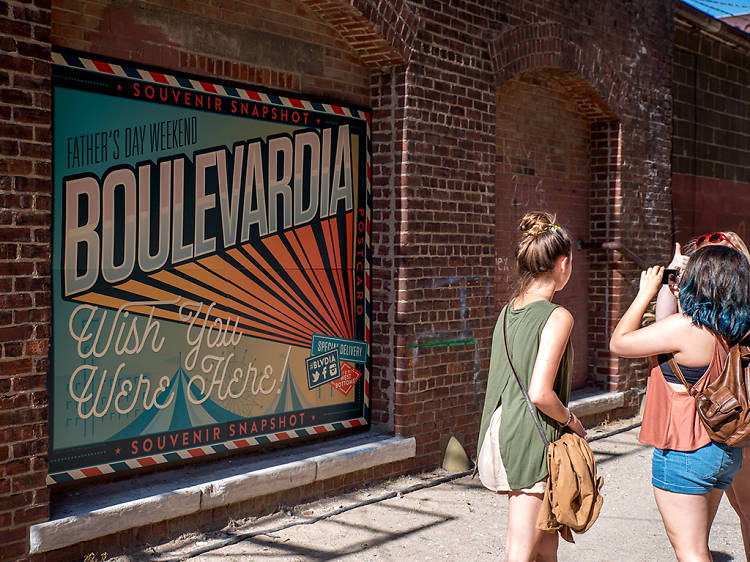 Three years ago, Kansas City’s Boulevard Brewing Company created “Boulevardia,” the city-within-a-city, to celebrate “beer, food, music, and beer.” In addition to a Taps and Tastes event on Saturday that features KC’s best restaurants and top breweries from around the country, Boulevardia also has three stages for music, a wide variety of food trucks and a Makers Market and Vintage Village filled with crafts to browse and buy. June 17-19 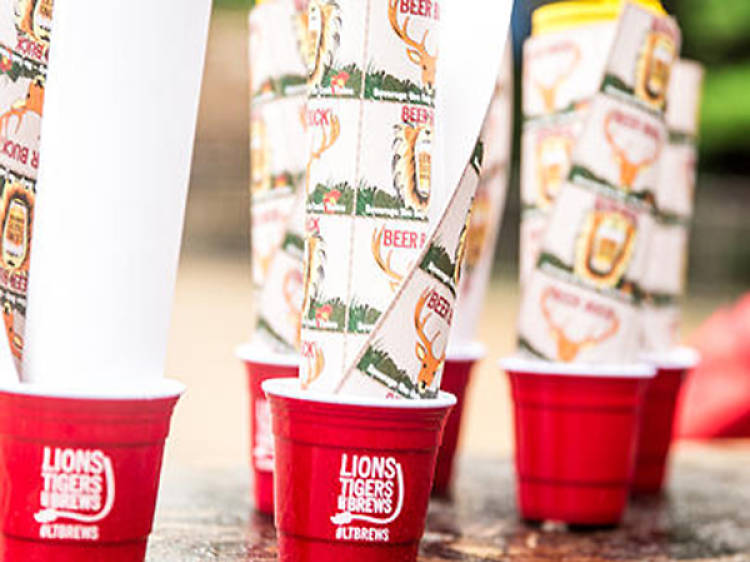 Head either to New York City’s Central Park Zoo or Chicago’s Lincoln Park Zoo and enjoy beer from 75-plus breweries, bites from food trucks, and, of course: animals! Beware, the beasts and birds go to bed early, so if you come to Lions, Tigers and Brews expecting goses and gorillas, Kolsch and koalas, or brown ales and bears, you might end up roaring like a lion instead. Mid-June
Show more