The world's most anticipated museum is preparing to open this November

King Tut's artifacts finally get their own home near the pyramids. 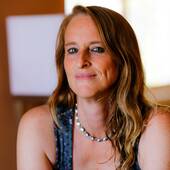 As early as this fall, watch for the opening of the most-anticipated museum in the world: The Grand Egyptian Museum in Cairo, charmingly acronymed the GEM. This is the first-ever facility to house the pharaoh Tutankhamen's artifacts as a stand-alone museum, removing them from the Egyptian Museum, also in Cairo, where they were displayed among objects and mummies from a dizzying array of dynasties. Objects from other museums and storage spaces in Egypt will also be gathered together to create a collection of approximately 5,000 pieces taken from Tutankhamen’s tomb in the Valley of the Kings, Thebes.

How do we know the museum's poised to open? Recently, Egypt's Ministry of Tourism and Antiques announced that construction work on the museum's exterior and surrounding areas such as parking lots will be completed by June 30, and that work on the exhibition halls will be finished by Sept. 30, as reported by the National News. Another tip-off? The new Sphinx International Airport, designed to usher in international visitors to the GEM and allow day trip visitors from the Red Sea beaches, will begin operating in mid-July, as reported by Ahram.

All that's needed is a significant and meaningful opening day — and two of those fall in November. November 4 may be the magical day, since it is the centennial of the tomb’s discovery in 1922. As reported by Daily News Egypt, Nov. 22 is another likely date as that is the anniversary of the tomb's opening.

The GEM is a sleek, modern facility for which the world’s second largest international design competition was held (an Irish firm called Heneghan Peng Architects won). It sits on the desert plateau between the pyramids of Giza and the bustling streets of Cairo. Hill International was selected as the project manager for the massive project, and its CEO Raouf Ghali told Time Out that the museum will display 100,000 artifacts, "most of which the world has never seen before."

The exhibit space constitutes the equivalent of four football fields and includes the enormous Solar Boat of Khufu found in 1954 and excavated in 2011. A jaw-dropping atrium space contains a colossal striding figure of Rameses II, his crown coming close to the ceiling (the building was in fact constructed around the statue).

Will the boy king's mummy be on display at the GEM? Yes, says Ghali. That was a contentious topic as Tutankhamen has long rested in-situ in his Valley of the Kings tomb, within his innermost sarcophagus. A viewing platform currently allows visitors to enter the tomb and look down on the glass-covered sarcophagus, but concern over insects infiltrating the wood and gilt led to talk of his being moved to the GEM more than 300 miles away, a tough journey for a fragile mummy as well as an ethical concern. In 2019, the question was put to a vote of a worldwide gathering of 600 Egyptologists. Mr. Ghali says when Tutankhamen begins the trek to Cairo, he will be treated with appropriate care. "Any movement of them, they do give them the respect that kings should have."

Now we just have to wait for an actual opening date.